The annual Pioneer Run is organised by the Sunbeam Motor Cycle Club and runs from Epsom Downs, just south of London, to Brighton: it’s the world’s largest gathering of pre-1915 machines.

Since its inception in 1930 – baring wars and cancellation of last year’s event due to storms – motorcycling’s early stabs at comfort, speed, reliability have set off on a spring morning to complete the 50-odd mile run to the coast. It’s a proper run too, in open, south-east of England traffic. The bikes all impressive - but often it’s the museum-quality pieces which stutter and falter, and the patina’d, oil-soaked ones which disappear without drama at the start.

The like of John Surtees, Geoff Duke and petrol-head royal, Prince Michael of Kent, have all taken part. This year, Sammy Miller was among the entrants.

My ride was a 1914 Sun Villiers, kindly loaned by the family of Brooklands racer Rex Judd. It’s a neat little 250cc two stroke, one of many produced by the Wolverhampton-based company whose roots date back well over 100 years.

It was in distinguished company: the paddock area was filled with the last minute fettling of single cylinder BSAs, Triumphs, AJSs and Ariels, along with more exotic Harley-Davidsons, Indians and the odd Zenith. Over 350 bikes were entered.

More used to racing 250s, and riding post-war Velcocettes on the road, the little two stroke presents – like all the bikes entered – a steep learning curve. It lacks a clutch or gears. There’s an advance/retard lever on the tank plus two further levers on the handlebar for throttle and choke. The front brake is at your right hand and a decompressor at the left, and there’s a heel operated rear brake. Simple, really. And all on open roads.

Braking on these old machines is pretty ineffective so you have to really focus your observation skills and have grippy soles on your boots. Once stopped there’s no way of keeping the engine running, so to get moving again you need to run alongside and jump on as it fires.

Putting aside the anxiety of negotiating traffic on a 100 year-old bike with no clutch, the bike is really fun to ride. The vibration means the levers are moving and drifting away from your setting so you have to constantly adjust each one to keep it purring along.

But despite my right leg being soaked in oily fuel all the way from Epsom, I made it to Brighton and the bike didn’t miss a beat. All along the route people were out in their gardens and at the roadside waving. Brighton was packed with bikes from all eras.

It was wonderful to feel part of over 100 years of motorcycling history; human history as much as mechanical. Sunday’s oldest entrant was 88 year-old Derek Light, who successfully steered and cajoled his 1910 Sociable tricycle all the way down to Brighton. My ride was a challenge. But his, with a combined age of 192 between motorcycle and pilot, was an achievement. 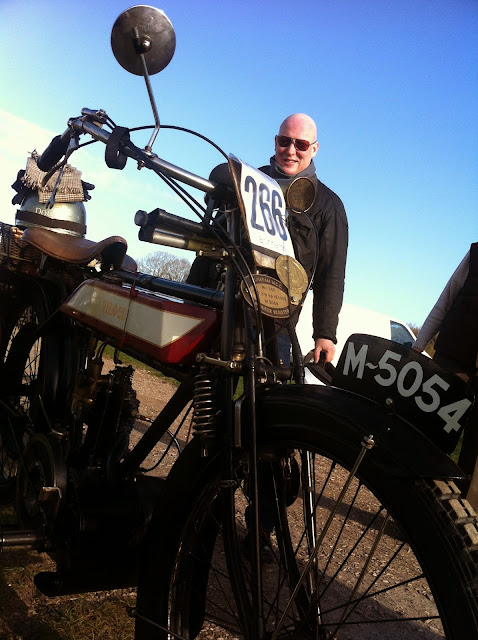 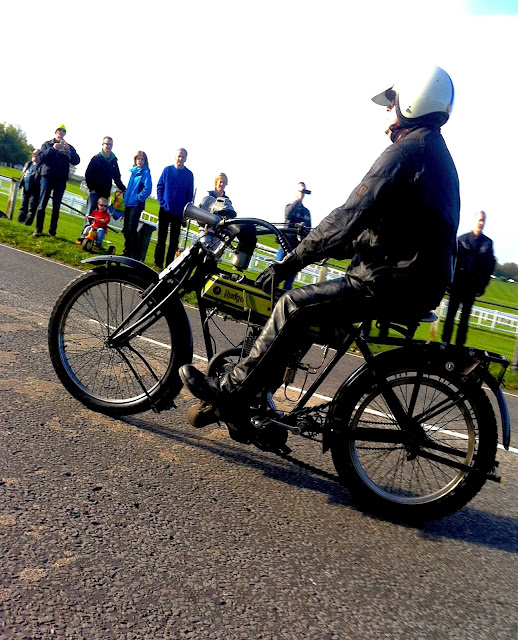 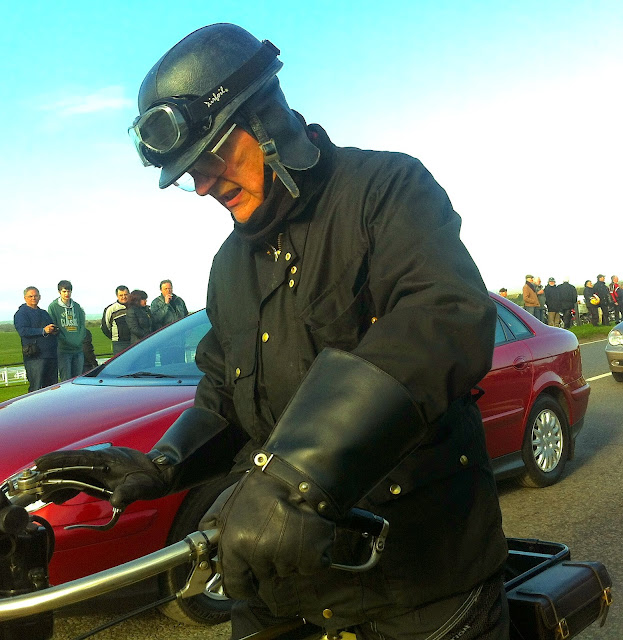 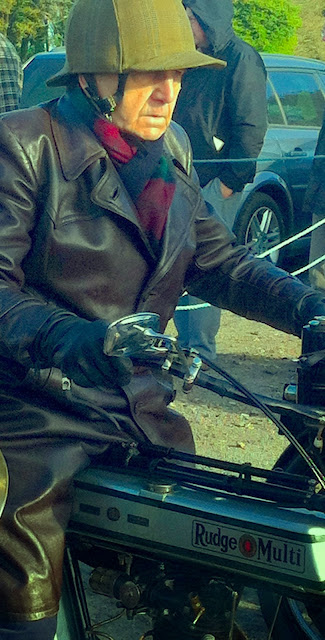 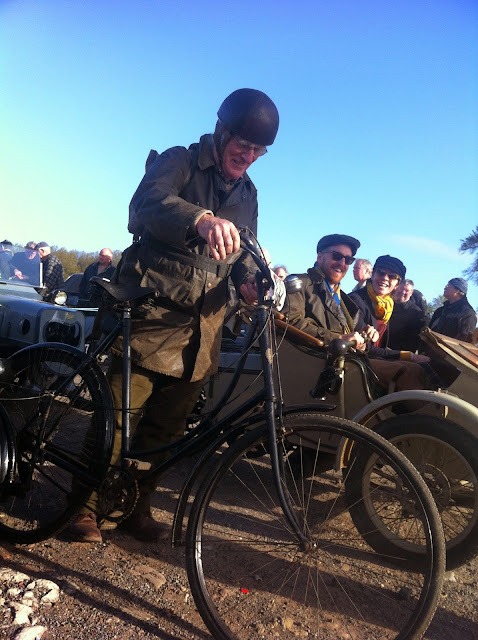 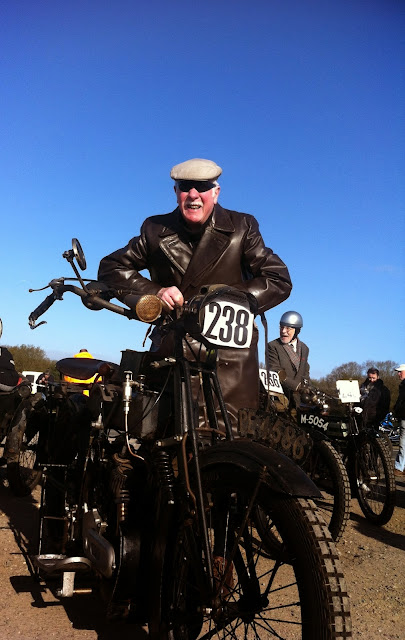 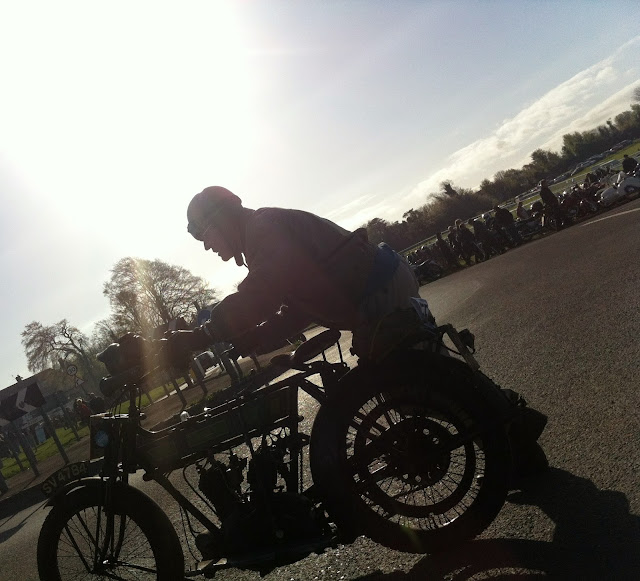 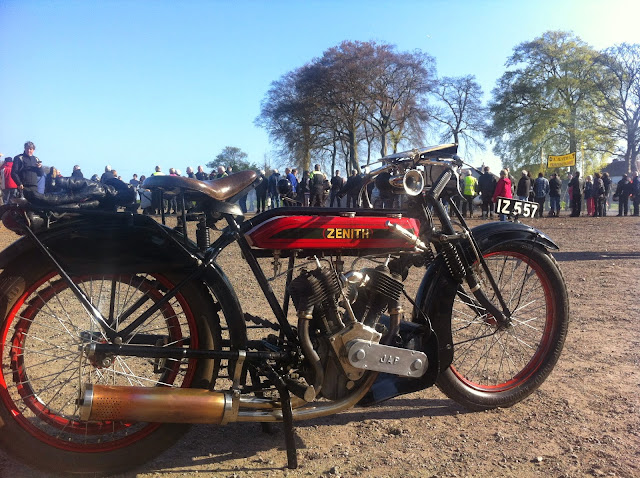 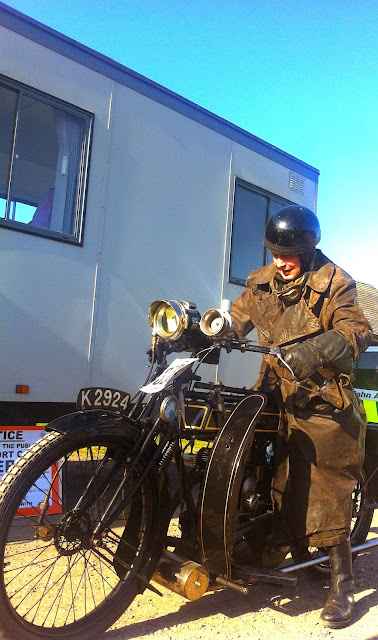 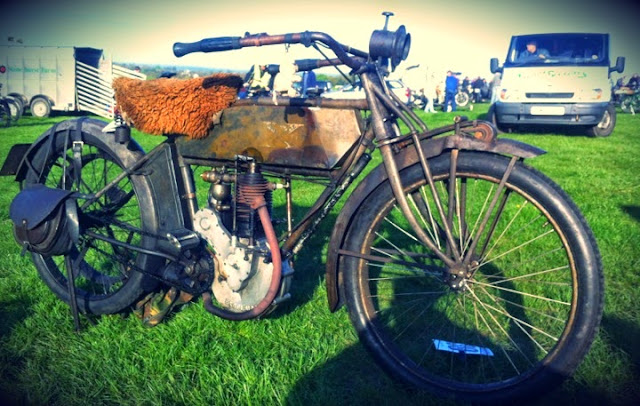 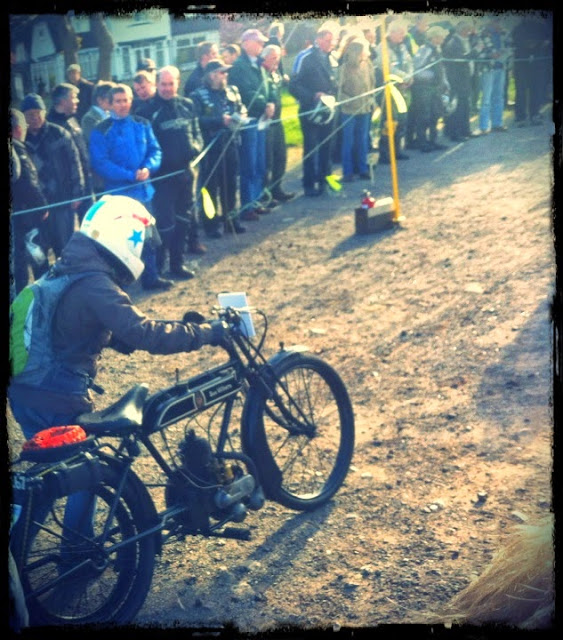 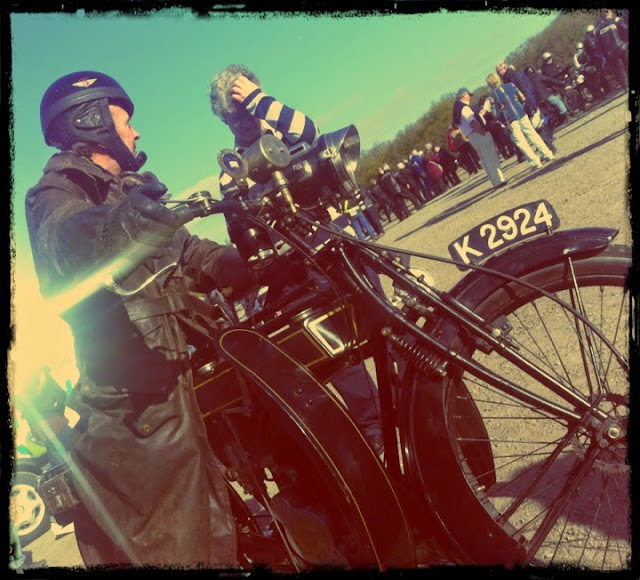 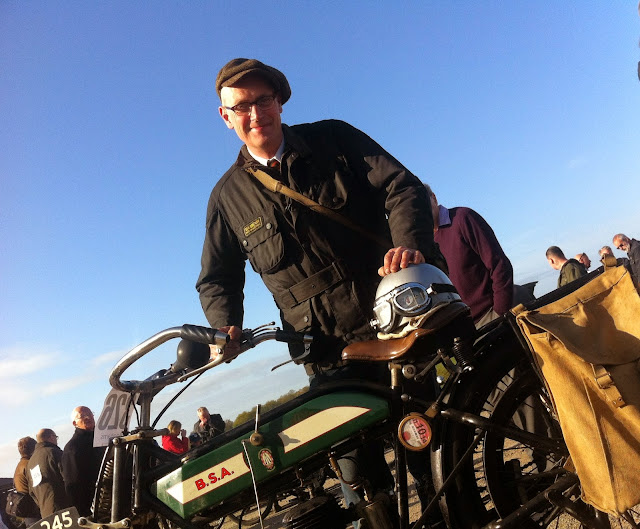 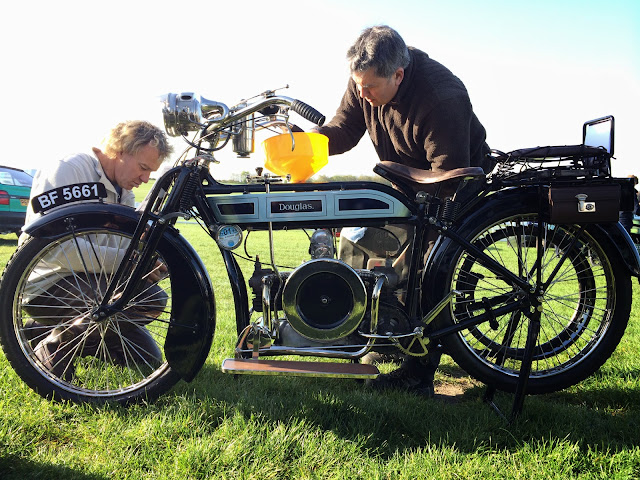 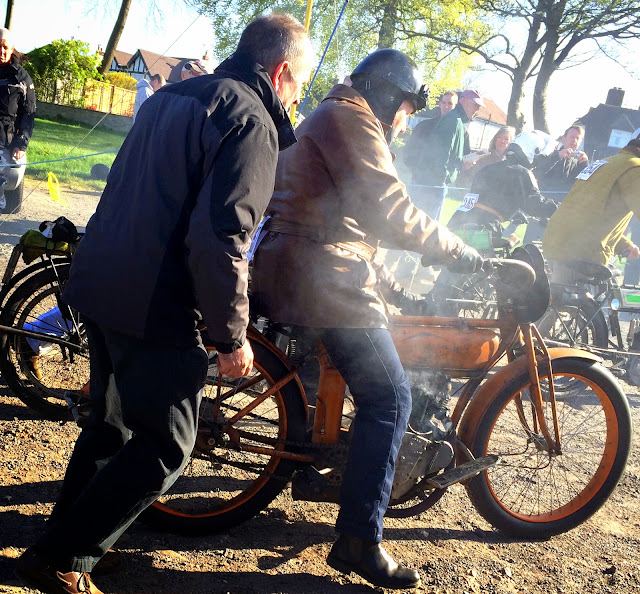 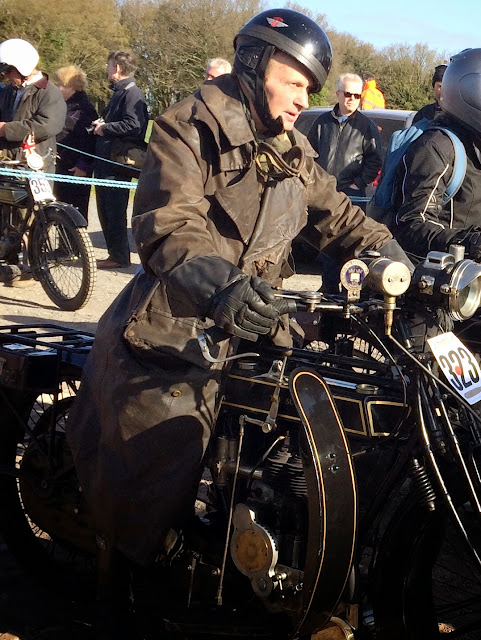 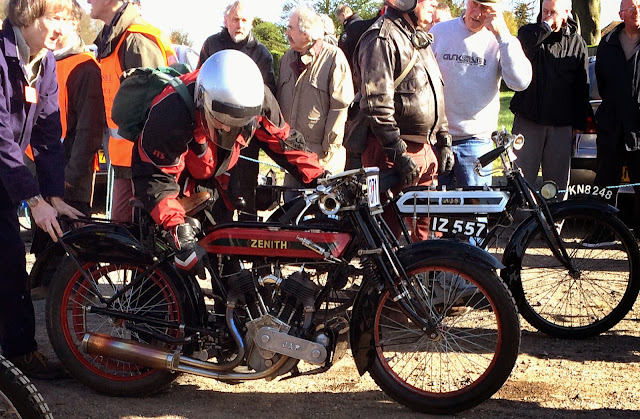 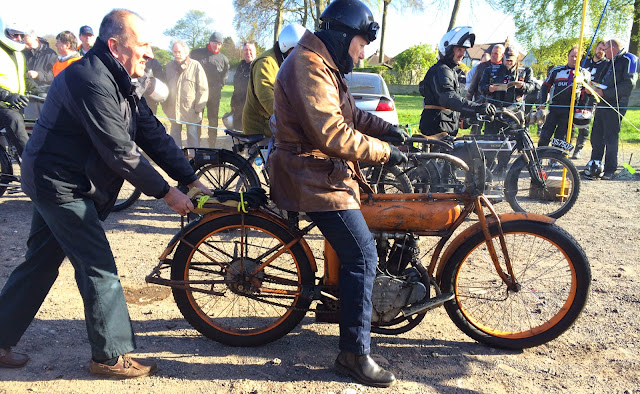 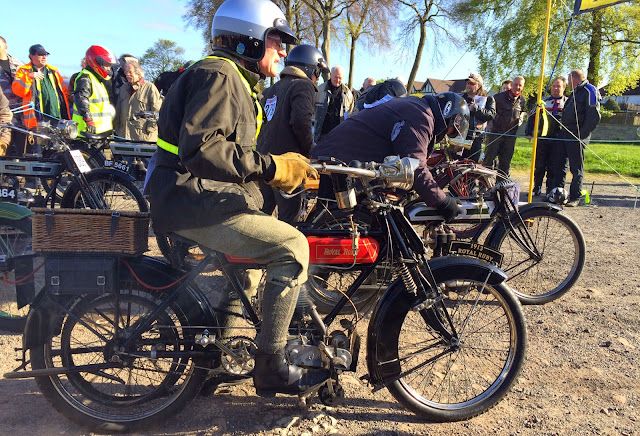 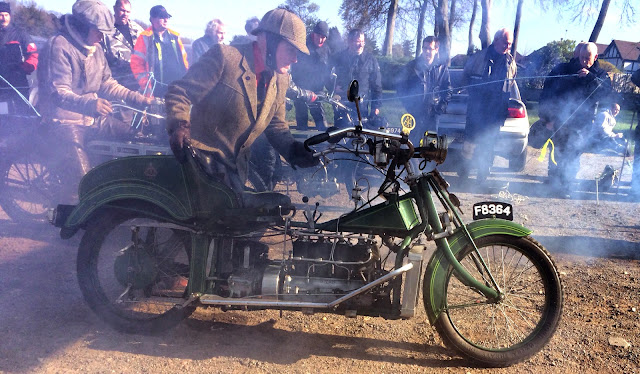 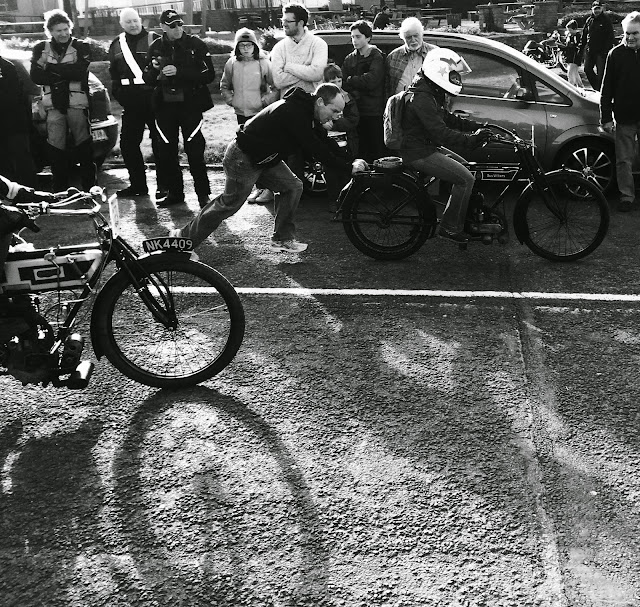 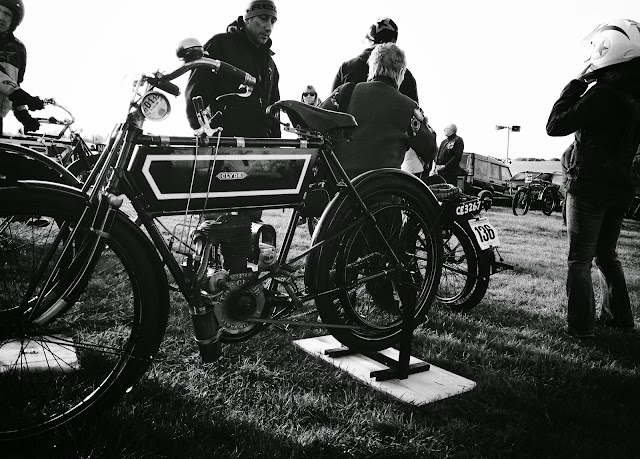 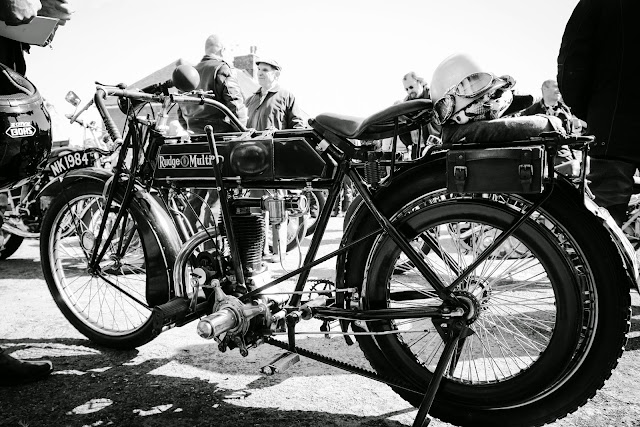 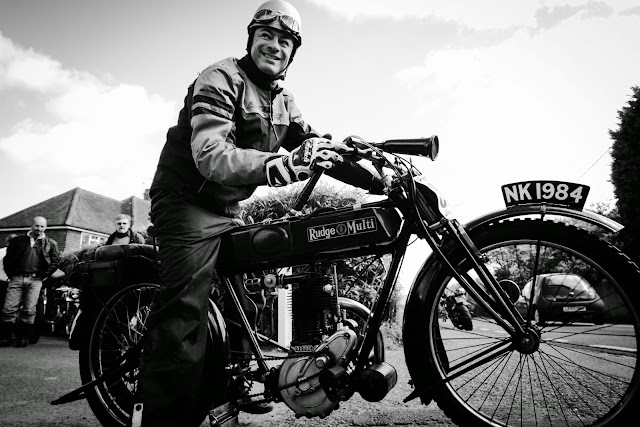