ACE FOUR soon to be auctionned


Introducing a rare motorcycle indeed and surely the star of the forthcoming auction to be held during the Wheels and Waves event by Bixente Moto commencing 15th June 2012: 2pm.
This machine holds an important place in the history of the American motorcycle, situated as she is between two iconic periods, that of the Henderson with its four cylinders and the Indian with its 'Indian Four'.
She is undoubtedly one of Americas first 'superbikes'


1928 Ace Four
Engine no. CA743
The Ace was William Henderson's second four-cylinder motorcycle. One of the most charismatic names in American motorcycling history, the Henderson company - founded by brothers Tom and William Henderson in Detroit in 1912 - produced nothing but four-cylinder motorcycles in the course of its 19-year existence. In 1917 the firm passed into the control of Chicago-based cycle maker Ignaz Schwinn, owner of Excelsior, and the Hendersons soon moved on. William then founded the Ace motorcycle company - later taken over by Indian - and thereby had a hand in the design of all the major American-built fours.

The first Ace four was offered late in 1919 for the 1920 season and retained the 'F-head' (inlet-over-exhaust) valve gear of the original Henderson. (Schwinn's Hendersons went 'flat head' for 1920). Displacing 1,220cc, the air-cooled inline engine employed splash lubrication and was built in unit with the three-speed, hand-change gearbox. A wheelbase of 59" and a seat height of 29" made for a stable and comfortable ride, while weight was kept down to a commendable 365lbs.

To promote its new product, Ace recruited Erwin G Baker, famous for his record-breaking long distance rides for Indian, and 'Cannonball' duly obliged, setting a new transcontinental record of 6 days, 22 hours, 52 minutes, smashing Henderson's existing record and humbling Henderson-mounted rival Wells Bennett in the process. Ranked alongside Crocker, Cyclone, Flying Merkel and a select few other marques, the Ace Four is a highly desirable motorcycle for any collection and examples are seldom offered for sale on the open market.

This particular Ace had already been restored when it was purchased in Spain from a jointly owned private collection in 2007.

1928 Indian Ace Four Engine no. CA743 This motorcycle's engine number identifies it as an Indian-built Ace from the 1928 model year and not a 1923 Ace as stated in the catalogue. 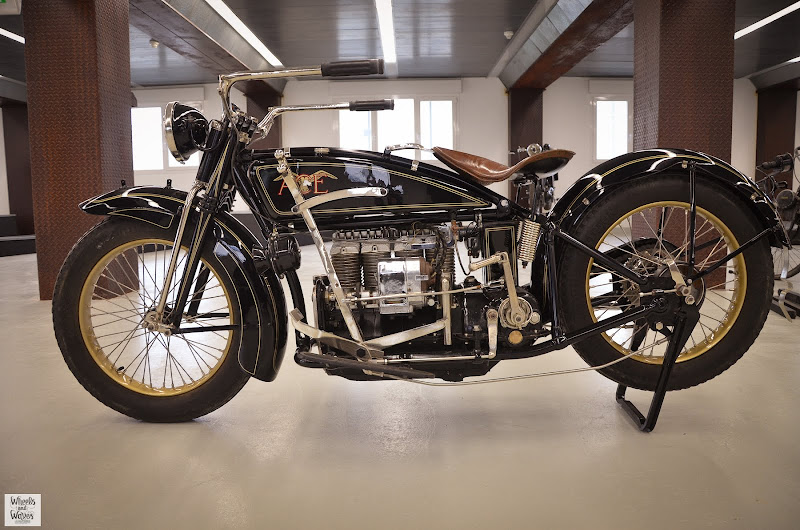 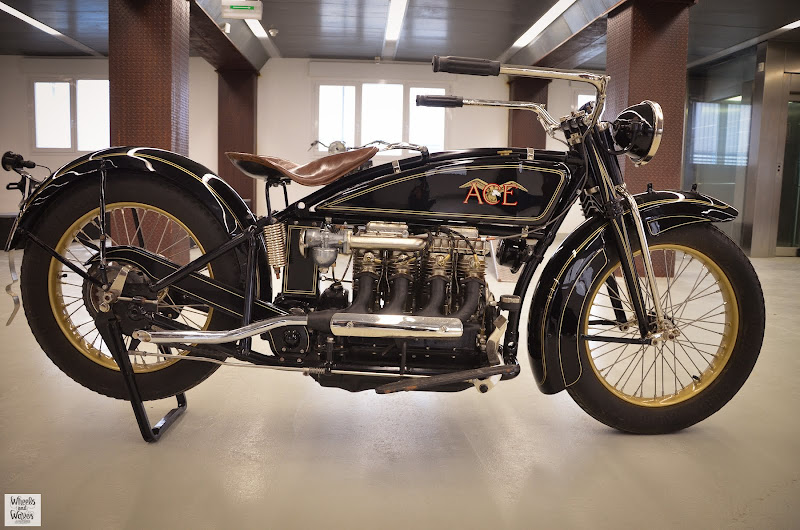