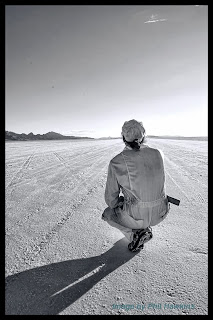 In 2011 Brough Superior Motorcycles travelled to the famous Bonneville Salt Flats in Utah and set a new record with their 1150cc Pendine Model. In August this year the Brough Superior factory team returned with two motorcycles and set two FIM world and four AMA records to add to the one achieved two years previously. 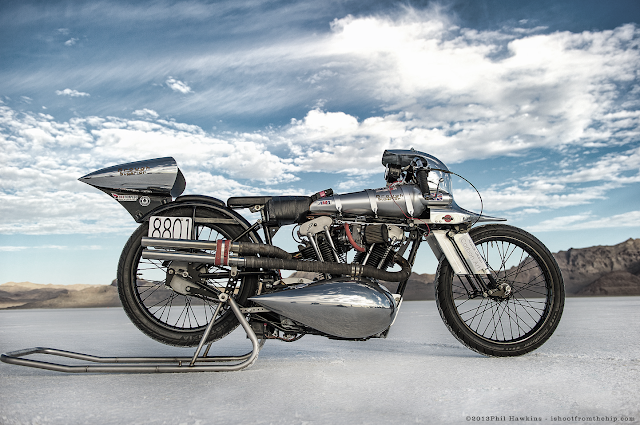 The Brough Superior 1150cc machine competing in the 1350 - APS – VF class achieved a speed of 110.454 mph in the first run and 116.882 mph on the return run to set an aggregate speed of 113.668 mph, a new AMA record. Later in the week, after further tuning of the bike and rider, the partial streamlining was removed and competing this time in the 1350 – A – VF class the motorcycle flew through the clocks at 122.614 mph in the first run and on the return run at 126.075 mph for an aggregate speed and new AMA record of 124.334 mph. This last run was actually the very last by any motorcycle in the entire competition as immediately afterwards the sky opened and there was a catastrophic storm and downpour of rain.

Rider Eric Patterson and chief engineer Alastair Gibson were very pleased with the performance of what is essentially an engine that is well under the maximum class size.. 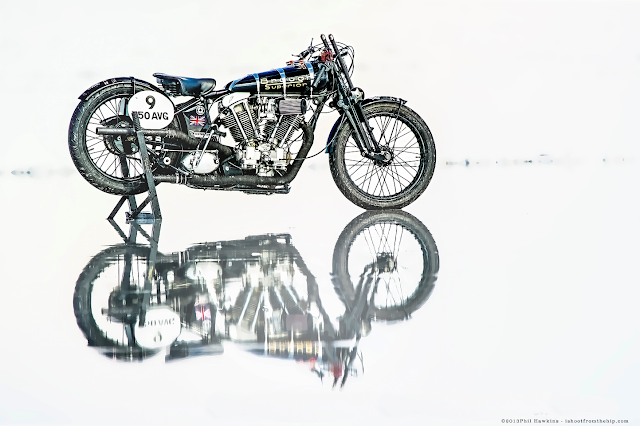 The Brough Superior 750cc machine nicknamed the “Baby Pendine” by the team and prepared by Brough Superior designer and engineer Sam Lovegrove was even more successful as it achieved two FIM world and two AMA records. On the first day of the event it set two FIM and one AMA record in the 750 A-PS-VG classes.

Ridden by famed motorcycle journalist Alan Cathcart the first run was very much a shake down run at 97.260 mph over the flying mile. But he blitzed through the clocks at 105.004 mph on the return run for a new record average speed of 101.328.

The team quickly turned the bike around and after patiently sitting in the sun for nearly three hours the teams third rider, TV presenter Henry Cole riding in the 750 A-PS-VF class set a speed of 103.941 in the first run and 95.619 mph for the return creating a new AMA record of 99.780 mph. This bike ran smoothly and trouble free throughout the entire event and only required very minor changes to jetting, gearing and timing. 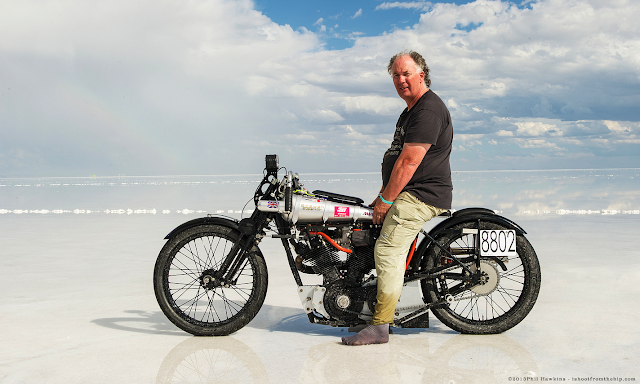 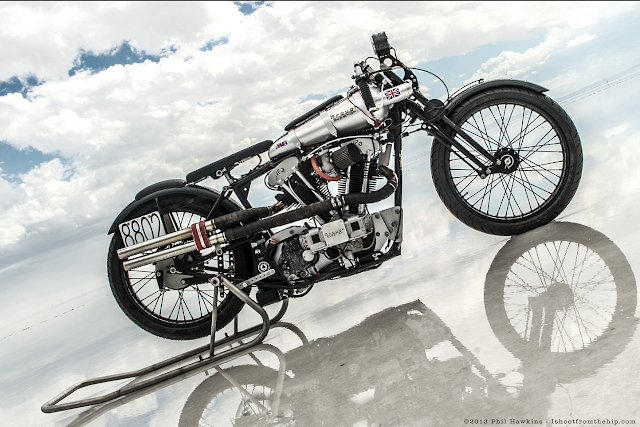 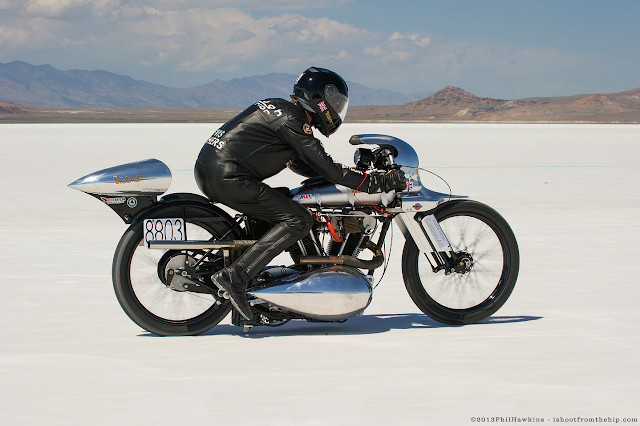 This record still stands set by us in 2011 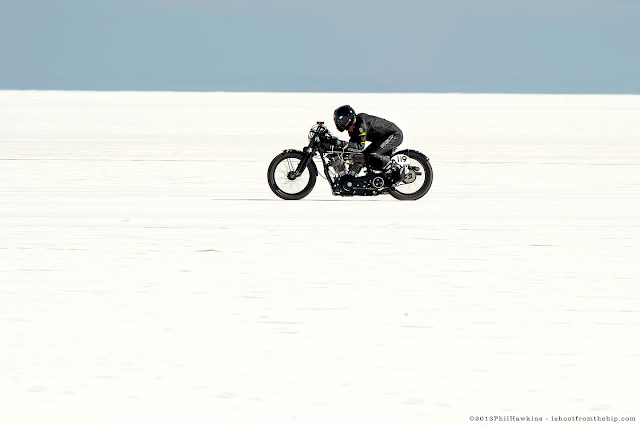 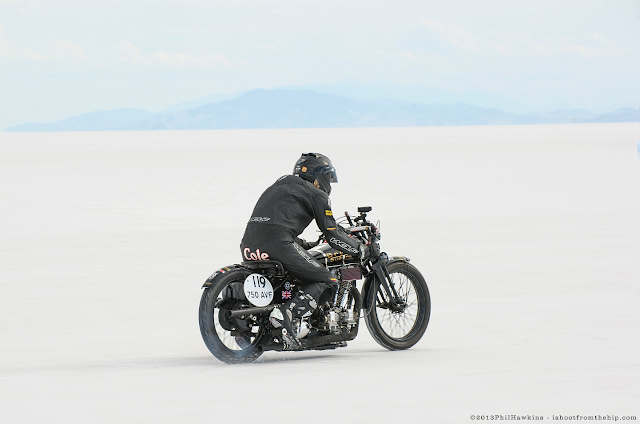 Two of which are FIM World Records 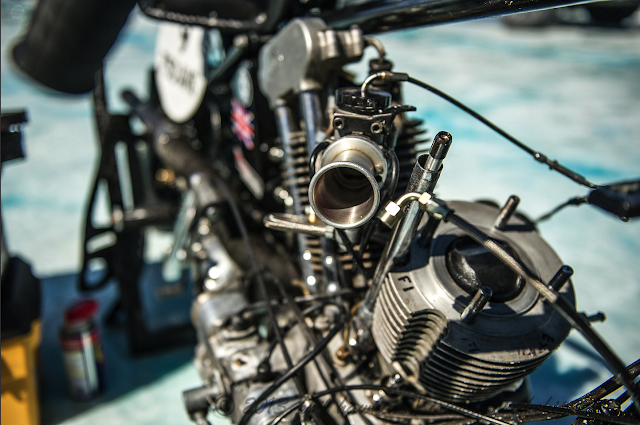 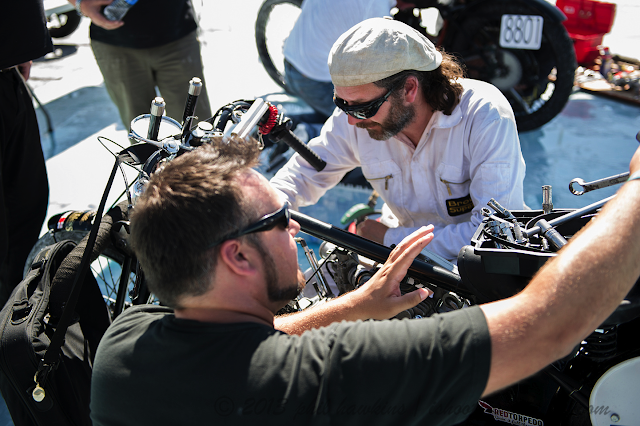 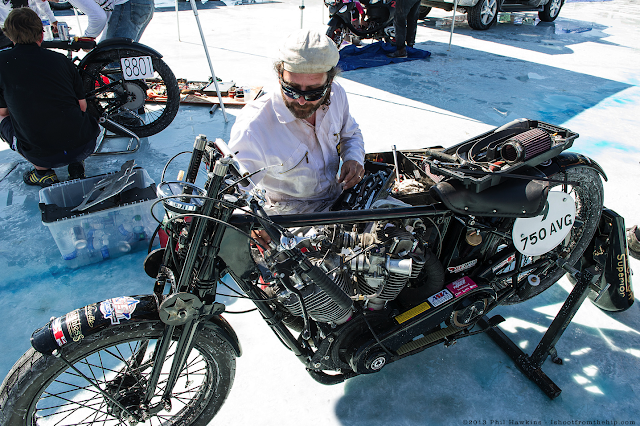 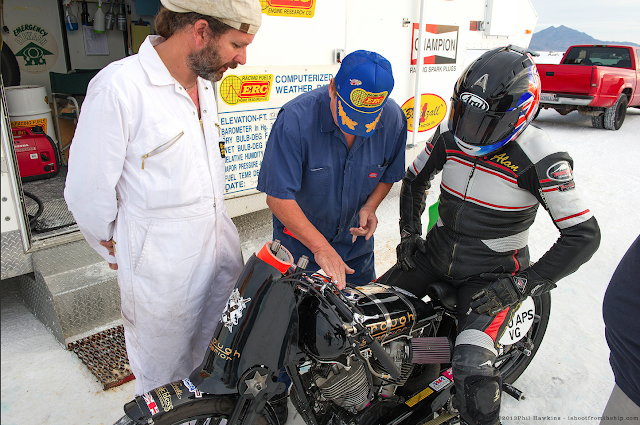 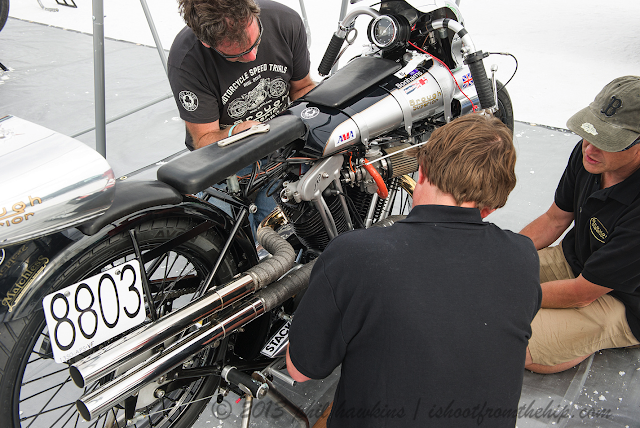 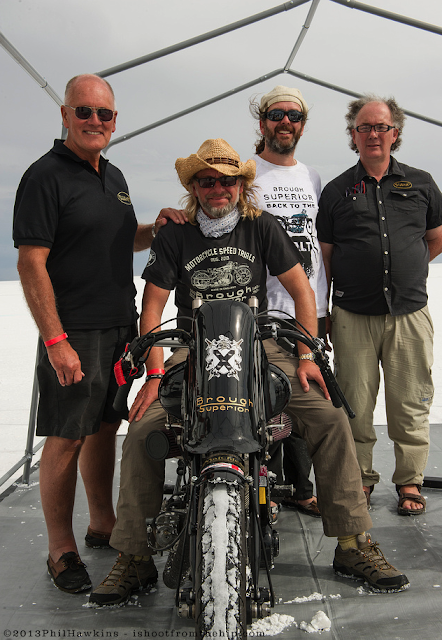 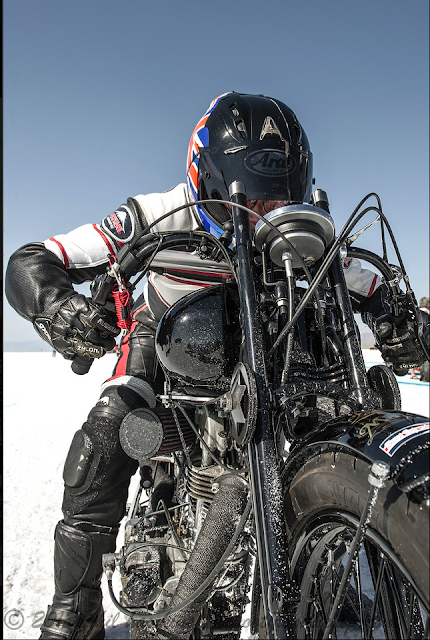 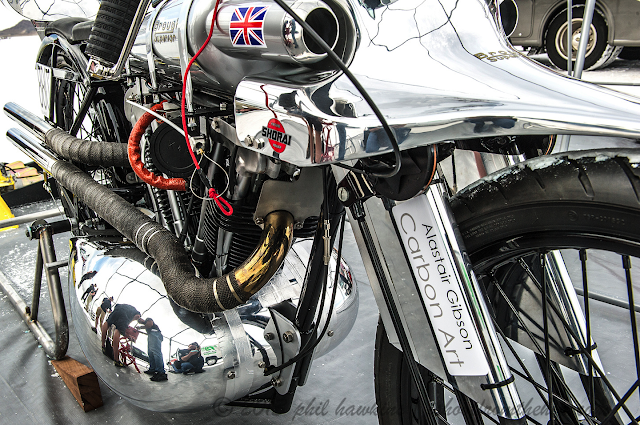 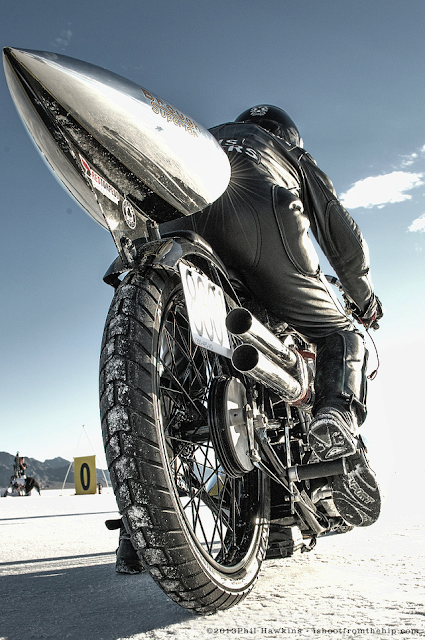 more posts about Brough-Superior
Photos ©Phil Hawkins Ishootfromthehip.com
By vincent prat At 10:04 AM No comments: