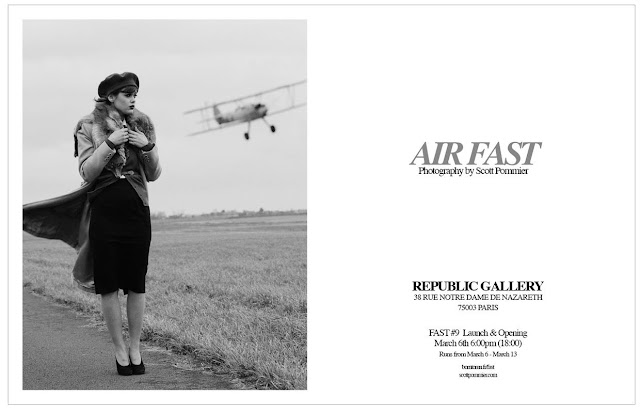 Velocette Thruxton: memories of a rider


Here is one of our recent shoots from our studio. Amongst the English motorbikes, the Velocettes have a particuliar charm, a certain nobility in the quality of the finish: they were, in their time, motor cycles for gentlemen. Their speed perhaps contributed to their reputation. Today, the Thruxton is a very desirable and coveted model. We asked one of its most fervent advocates, Paul d'Orléans: The Vintagent, to tell us his memories of one of his all time favourites.... The photos are by Benoit Guerry, for Guerry & Prat images

"Only a monumental fool would deny the Velocette Thruxton its rightful place among the pantheon of Olympus, to drip oil beside Zeus and Apollo, glowing modestly while the gods beside it trouble the earth. I know all this because I am a Thruxton's caretaker, so blessed for 25 years now, and the machine told me so.

I retain my marbles, nor is my walnut cracked; the Velocette spoke over tens of thousands of miles in my company, providing an embarrassment of pleasure, enough that should she take on human form, I would feel compelled to give her my wages entirely each week, and happily so, while protecting her from the burden of children and other mundane obligations, retaining her in a gilded, perfumed, and pillow-strewn room for the sole purpose of my selfish excitement.

I was introduced to Velocetting via Classic Bike magazine, discovering that formerly-essential quarterly Bible of Old Bikeism in its earliest days, the first years of the 1980s.  I'd never seen a Velo in the metal, but I studied those magazines until the pages turned to ragged tissue and the staples wore holes in the covers, which I mended with clear library tape.  I have them all, from issue #1; they were equally my education and my pornography.

The first Thruxton I encountered was all-black with gold pinstriping, plus a half-fairing and shortened hump seat; it had been ridden 90 miles from Sacramento to San Francisco for an unworthy local swap meet in 1985; day was spent gazing rapt, annoying the owner with questions. Not long after, a friend gained employment at an open-secret motorbike museum deep in Oakland; a visit revealed this cave of moto-gems contained a green Thruxton, in truth the lowliest machine among the 300 ultra-rare Broughs and prewar Vincent twins which crowded those dark halls. Yet it was that green bike which I coveted, longed for, dreamed about.

The 'museum' owner was caught with $3M in cash and 3 tons of amphetamines, necessitating the scurried removal of 300 machines to a new, secret, location, and the rapid sale of same to pay lawyer's fees.  As I'd made my desire known (many times), the Thruxton was offered in exchange for an $8900 bank cheque, within 24 hours.  At 27 years old I was an under-employed layabout, earning just enough to cover my rent, my fun, and my motorcycle parts, but I borrowed the money, and my sweaty and nervous palms shortly held the title to that green Velocette.  It cost 8 times any motorbike I'd ever bought, and I was actually scared to ride it those first few days. Trepidation soon disappeared, and within the month we'd cracked across the Golden Gate Bridge at 4am, at over 115mph.

My Thruxton gained a name ('la Courgette') and a reputation, as I attempted piecemeal to duplicate Velocette's famous 24 hours at 100mph.  She let me down once only - my fault - being otherwise flawless and peerless, even enduring a two-year stint as my sole transport and daily commuter. We have been from Los Angeles to the Canadian Rockies and every twisted road between, earnestly scrubbing away sidewall rubber as her gaping carburetor sprayed petrol vapor on my right knee. She fires right up and scampers away, is dead smooth at 80mph, with the confluent sound of intake, exhaust, piston rattle, and valve gear symphonic beneath me.

Together we are invisible to police, having never been stopped, and I am revealed as a half-green Centaur of prodigious speed and agility. She is as important to me as my own liver, and as familiar.  My greatest blessing to bestow would be to wish you a long a fruitful marriage to a Velocette Thruxton, such as I have experienced, and its a great pity more riders who imagine they enjoy motorcycles will not have such an opportunity.  The beasts are simply too rare, so I am required to tell the truth about this machine, as it has been told to me by the Thruxton herself, all these many years." 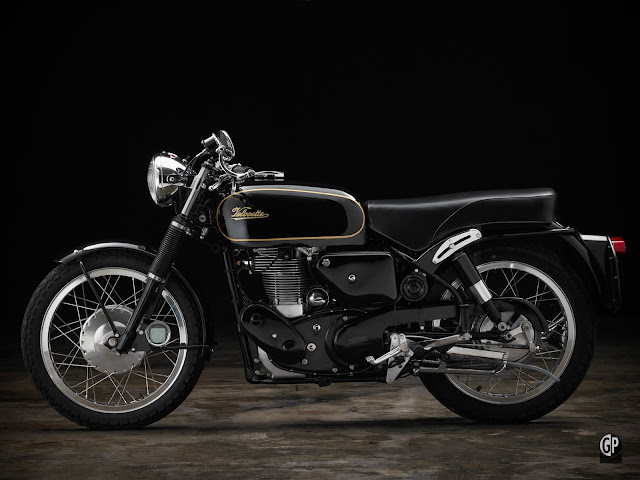 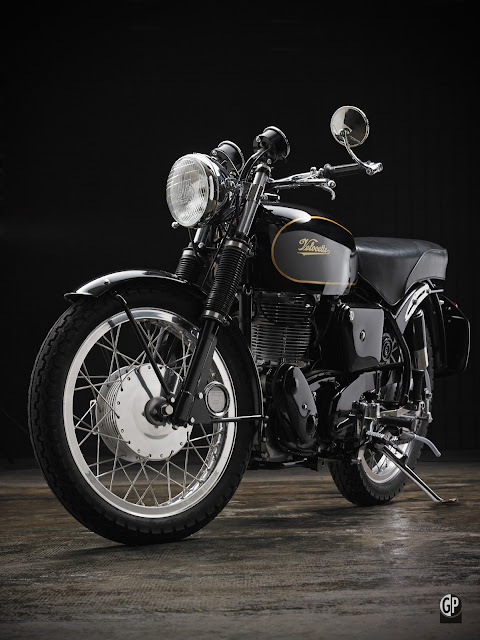 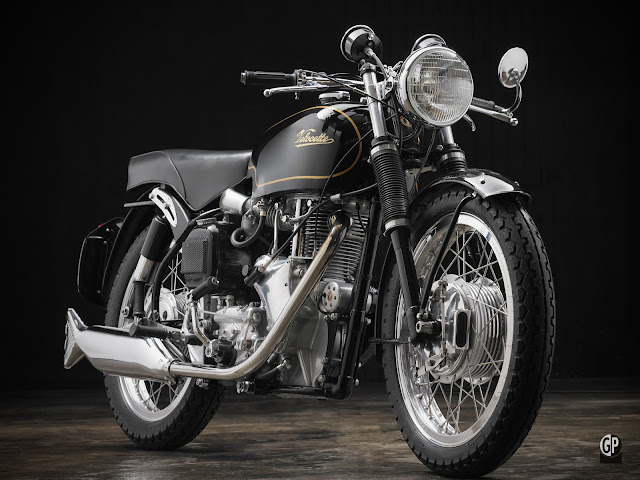 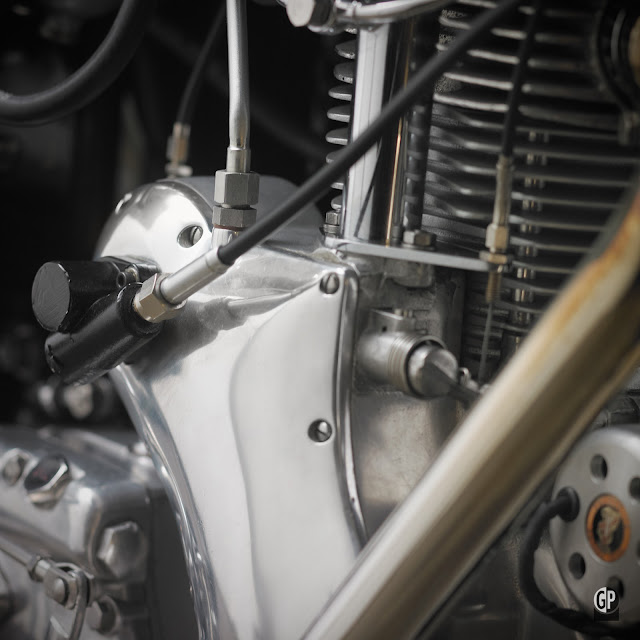 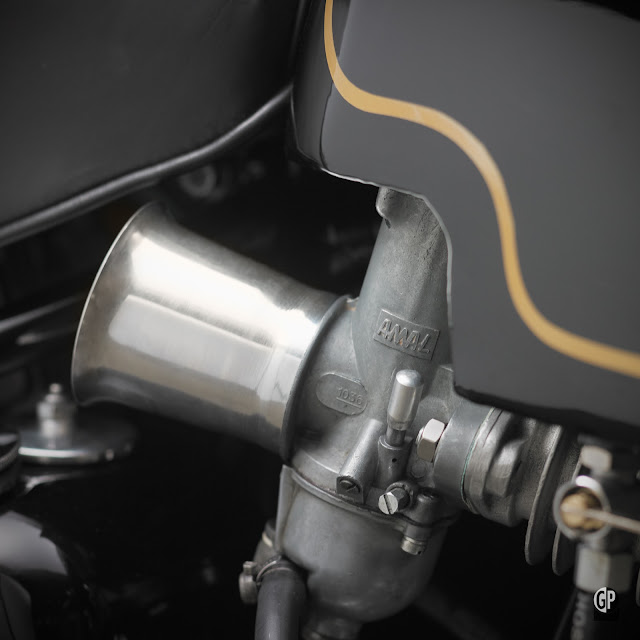 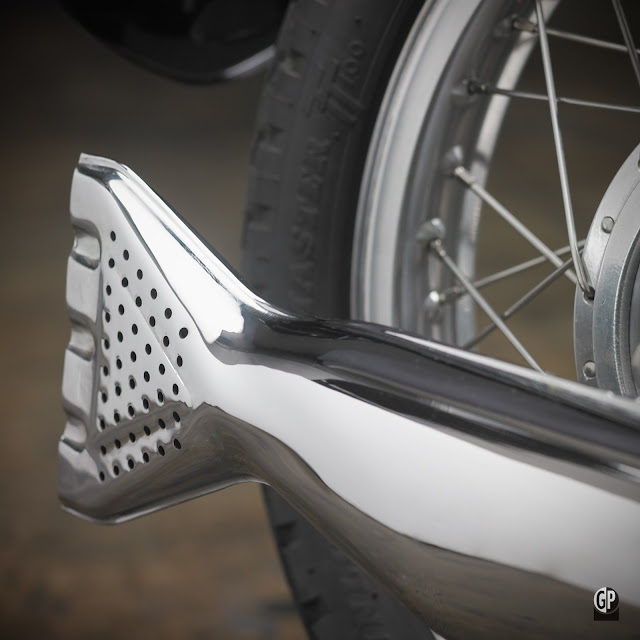 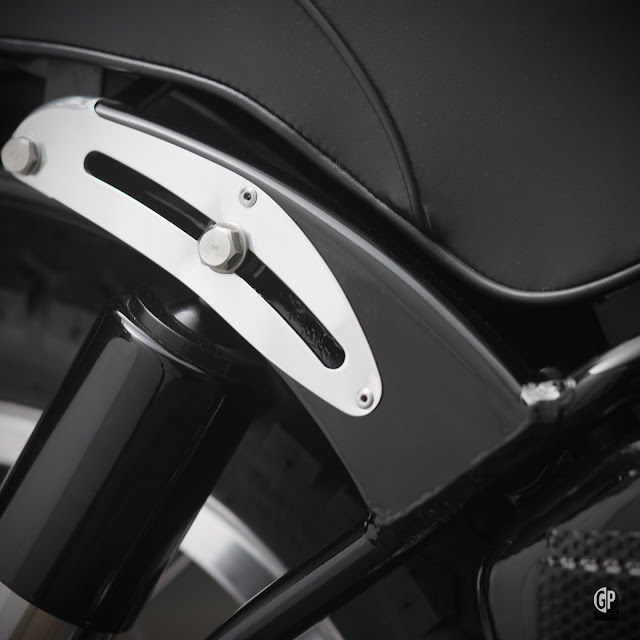 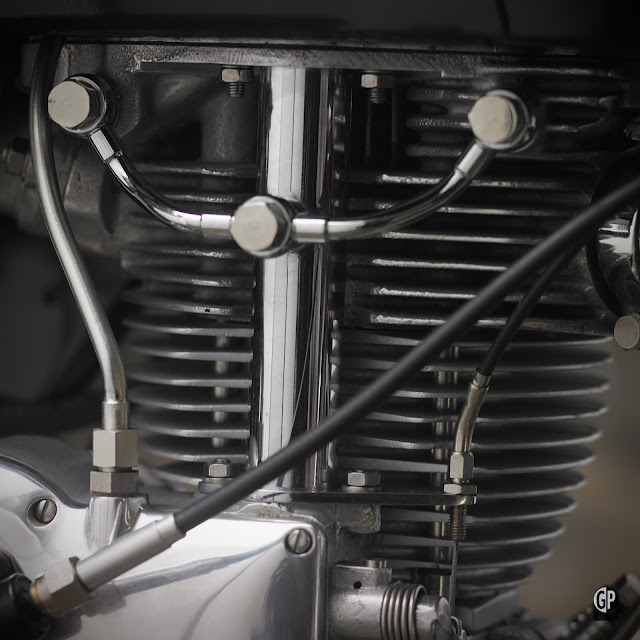 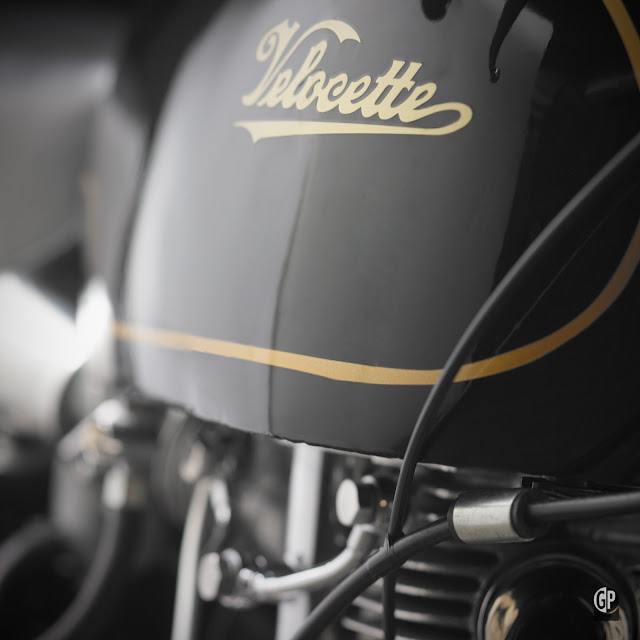 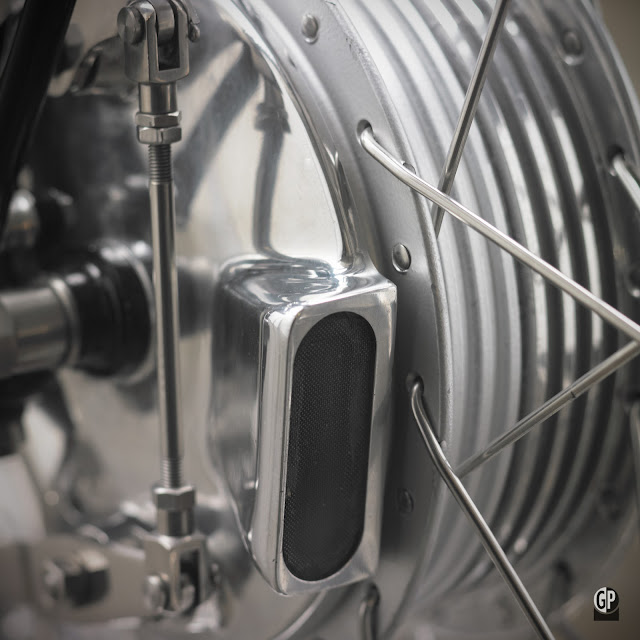 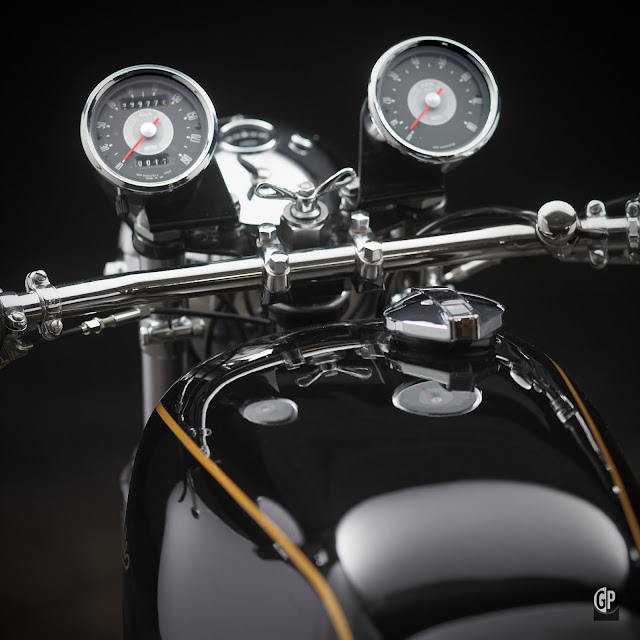 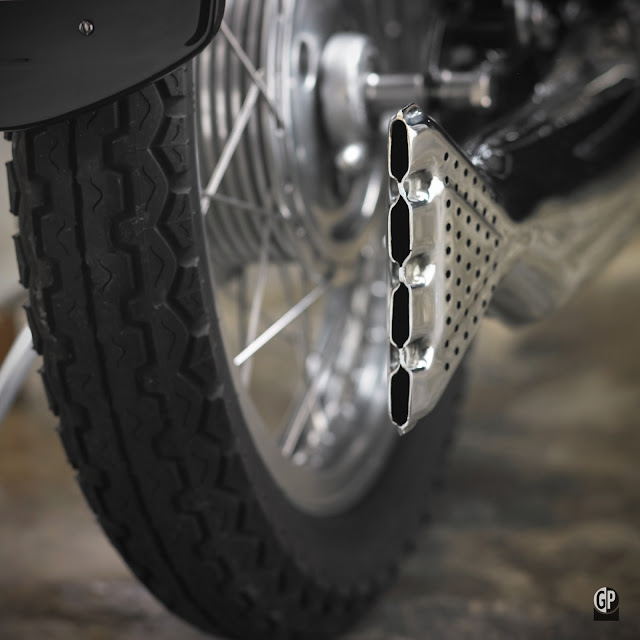 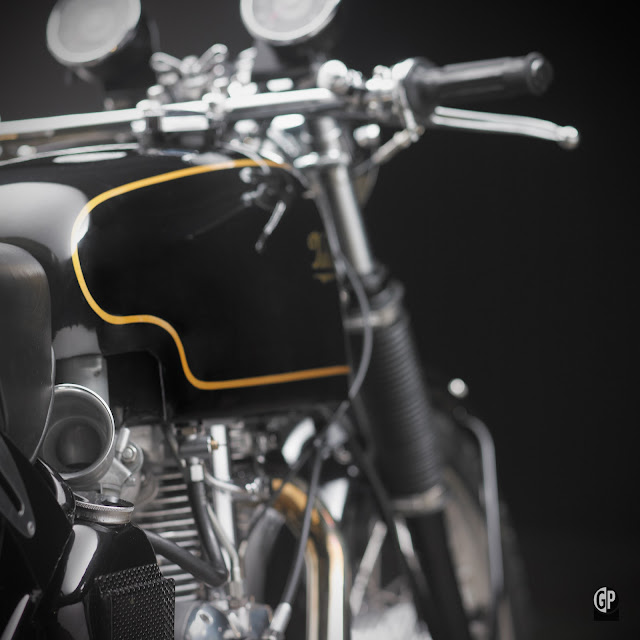 See also by The Vintagent :

Ride With the Devil

Email ThisBlogThis!Share to TwitterShare to FacebookShare to Pinterest
Labels : GPI, The vintagent, velocette

Email ThisBlogThis!Share to TwitterShare to FacebookShare to Pinterest
Labels : spain

We discovered this independant store, in Leucadia on main street. You know the concept, Surfing and motorcycles, not new, but the kind of store you would like to have in your neighborhood. It's done with taste and worth a visit, Kimi and friends will treat you right. 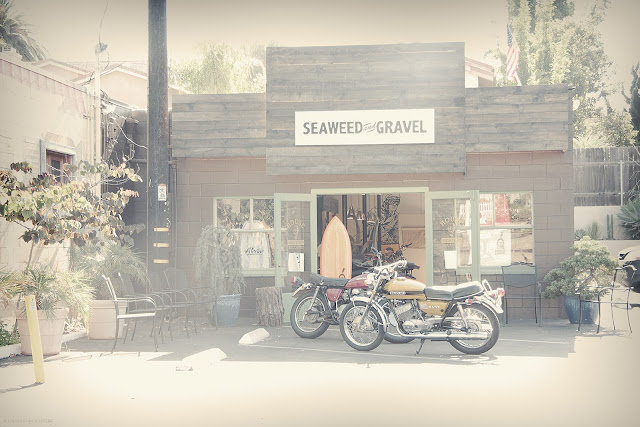 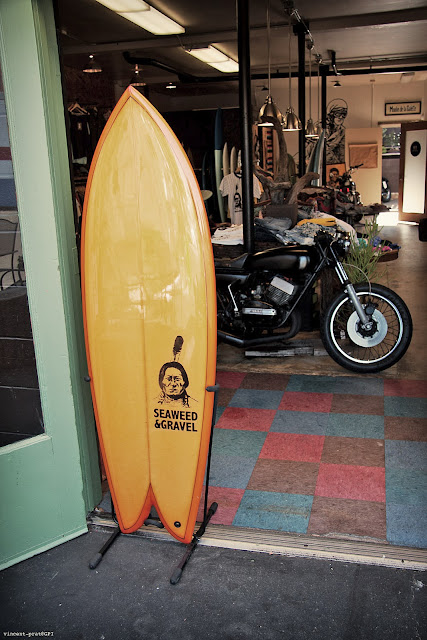 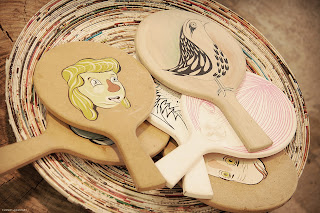 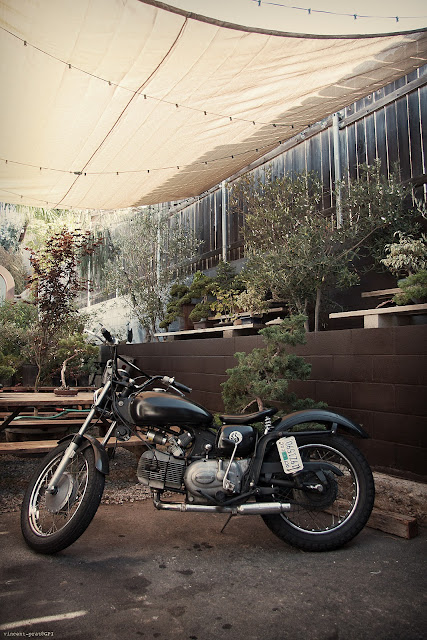 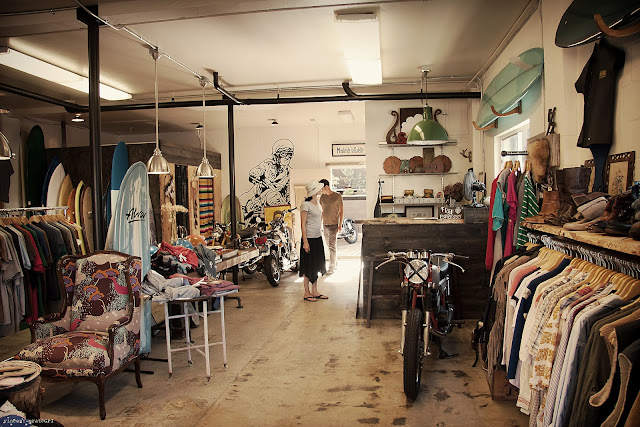 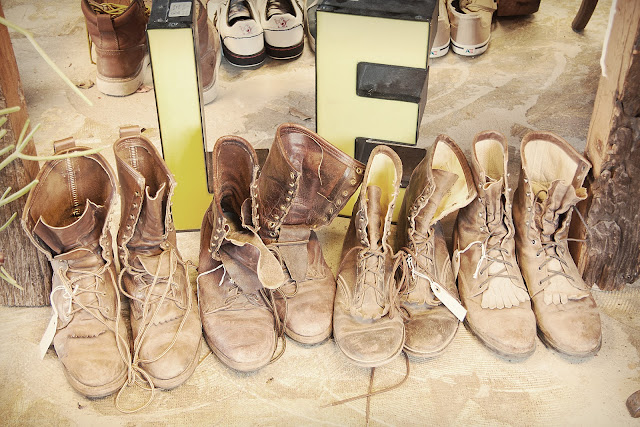 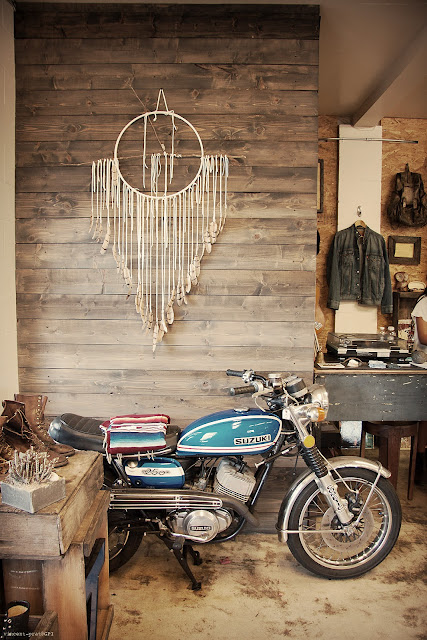 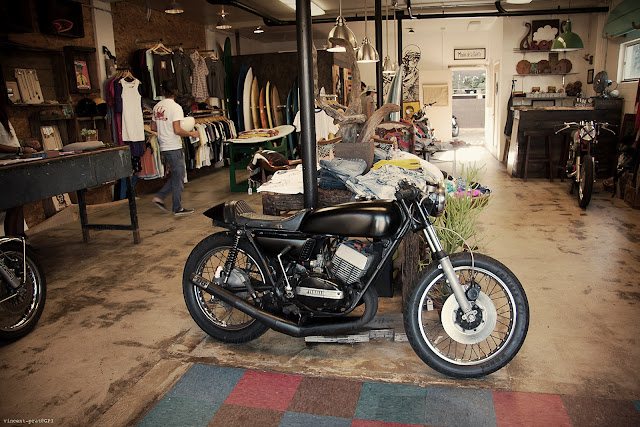 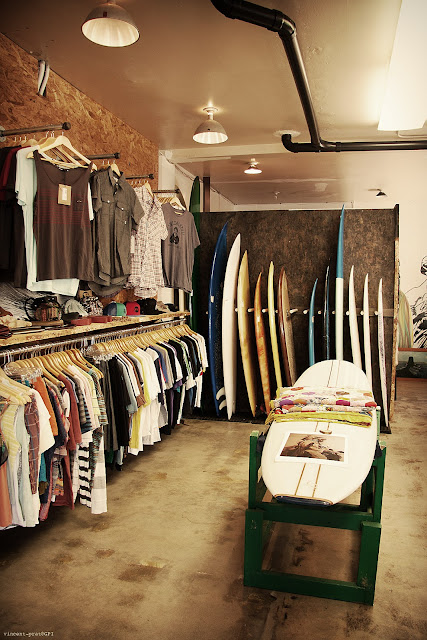 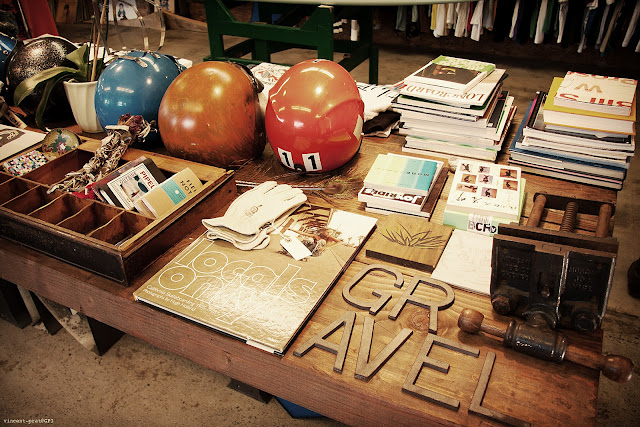 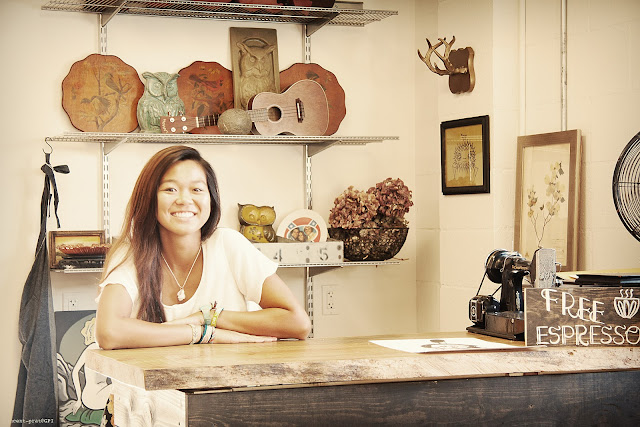 Further - From London to Biarritz

FURTHER I from Edwin Europe on Vimeo.
By vincent prat At 5:33 PM No comments: