It takes a good few days to recover from a trip like that! The 3 weeks that we spent in the USA were fantastic and full of meetings, action and friendship. Furthermore, for the first time I had decided to take only a traditional 6X6 camera my beloved Hasselblad 500: to return to a more basic form of photography: a journey within a journey. Despite the innovations in film each image has to be digitised in order to show it on the internet. This sort of camera needs a certain concentration: each image has to be considered. The end result can be surprising.


The aim of our journey was to take part in Speedweek, it wasn't a cheap undertaking and we had taken 2 years to prepare for it. We'd made the decision to land at Los Angeles rather than San Francisco, so that we could cross Death Valley and enjoy the South Coast. 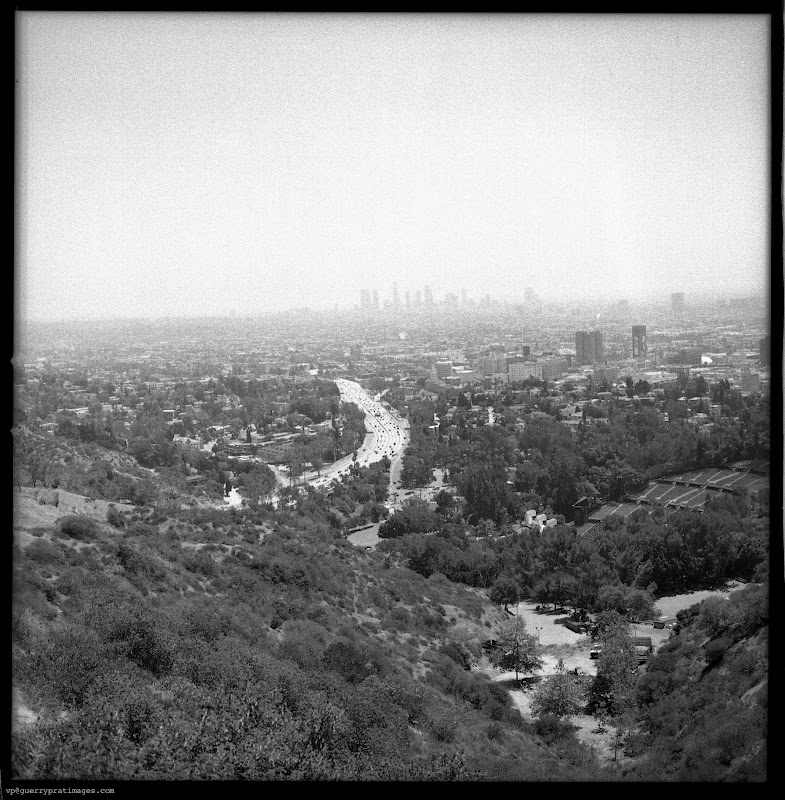 Downtown view from Mulholland Dr.
Once we had met up with Jr Ortega, his family,David and Valéria Borras, we took possession of 2 Vans: this allowed us a couple of days to prepare the 2 motorbikes we were using: JR's BMW R75/5 and my 'Impossible' Triton. These days were filled with technical tasks, which led us to places where tourists rarely venture. 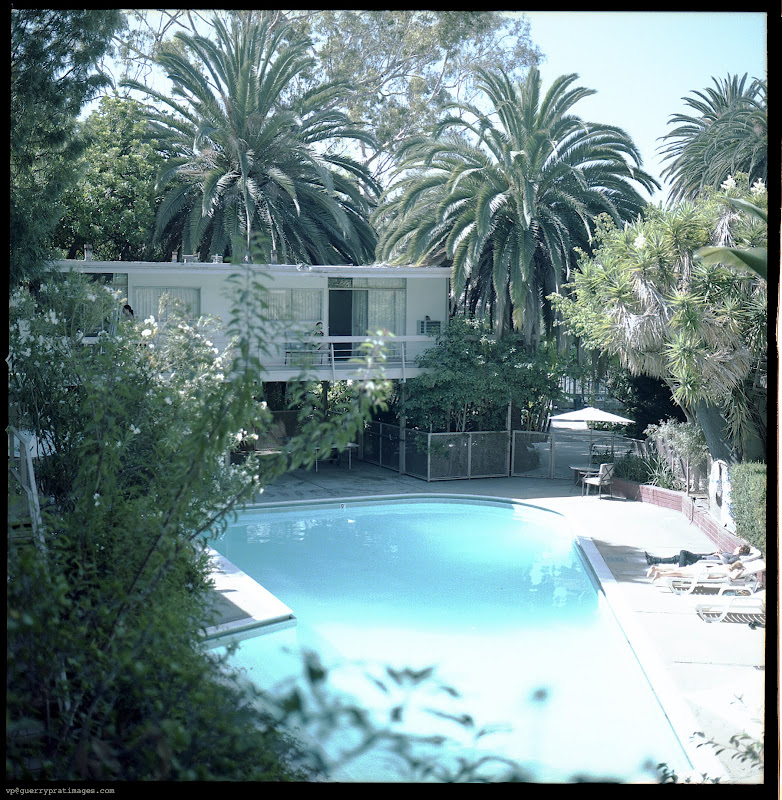 Our motel in L.A

It's this sort of thing that I really like about journeys like this: you get to immerse yourself immediately in the life of the area, and to feel yourself truly somewhere far from your day to day life.
Venice was the perfect place for our base camp: I love... its Freak/BoBo/chic/surfer/skater/luxury ambiance! 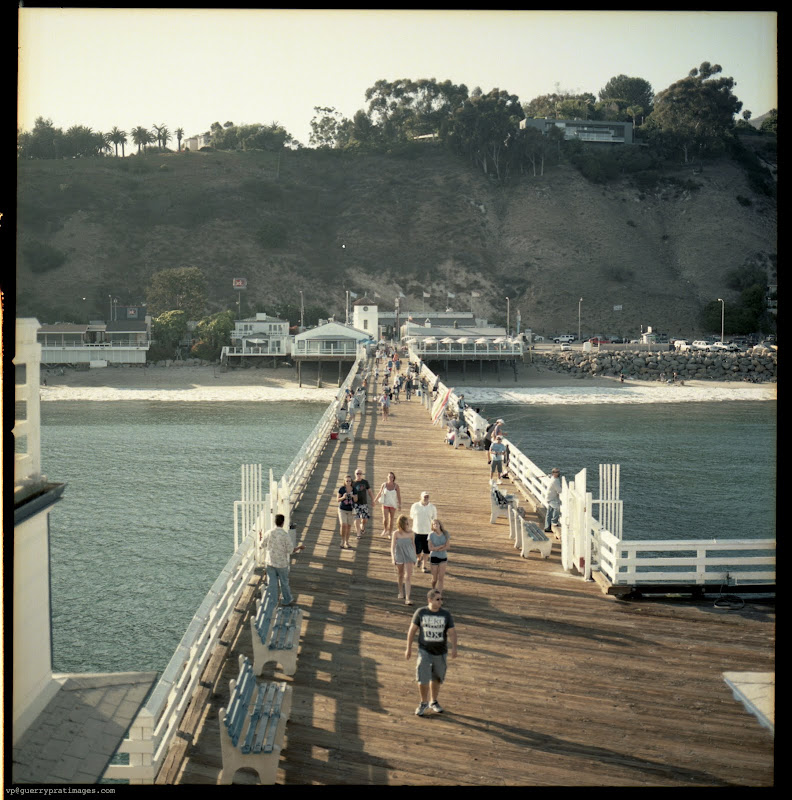 Malibu by the Pier 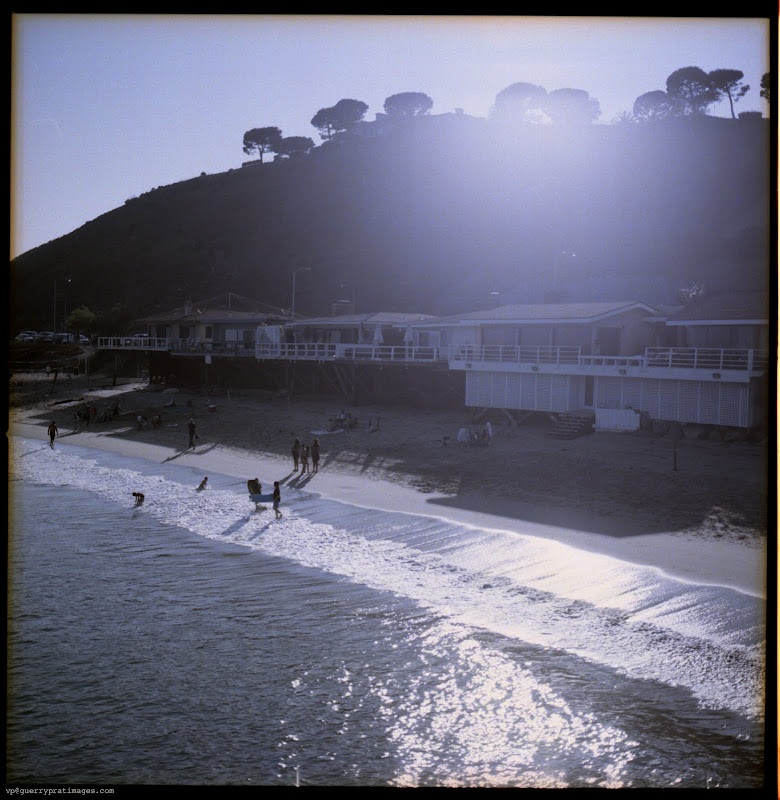 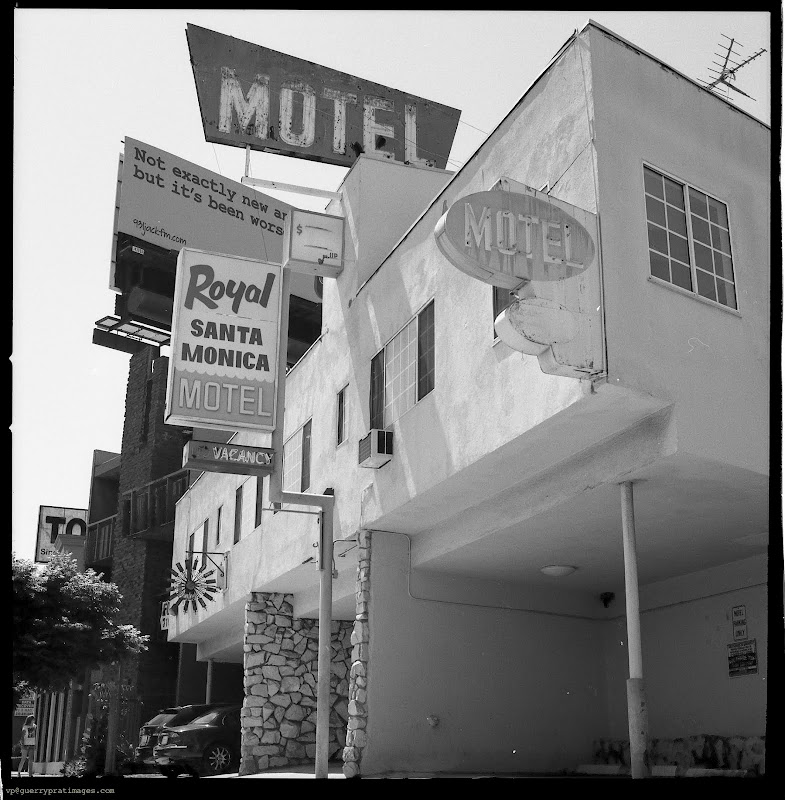 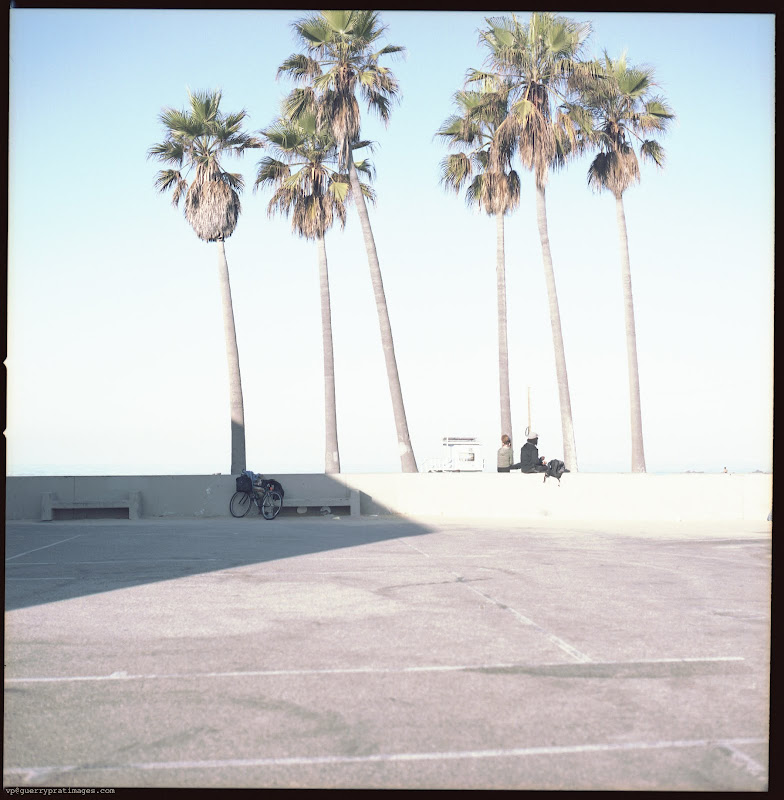 Venice 6:30am before freaks and Wildlife Awakens 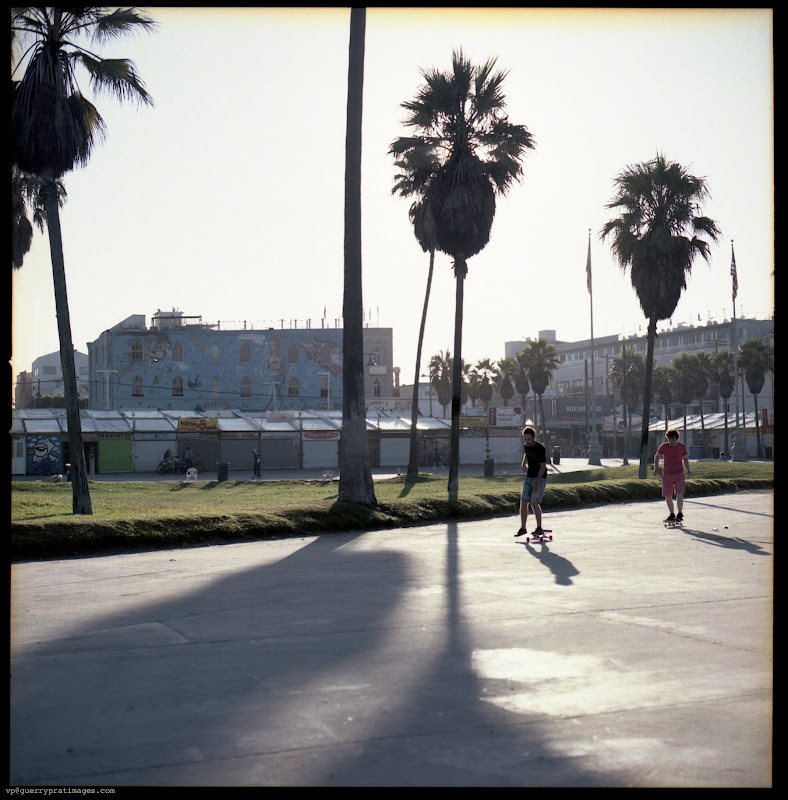 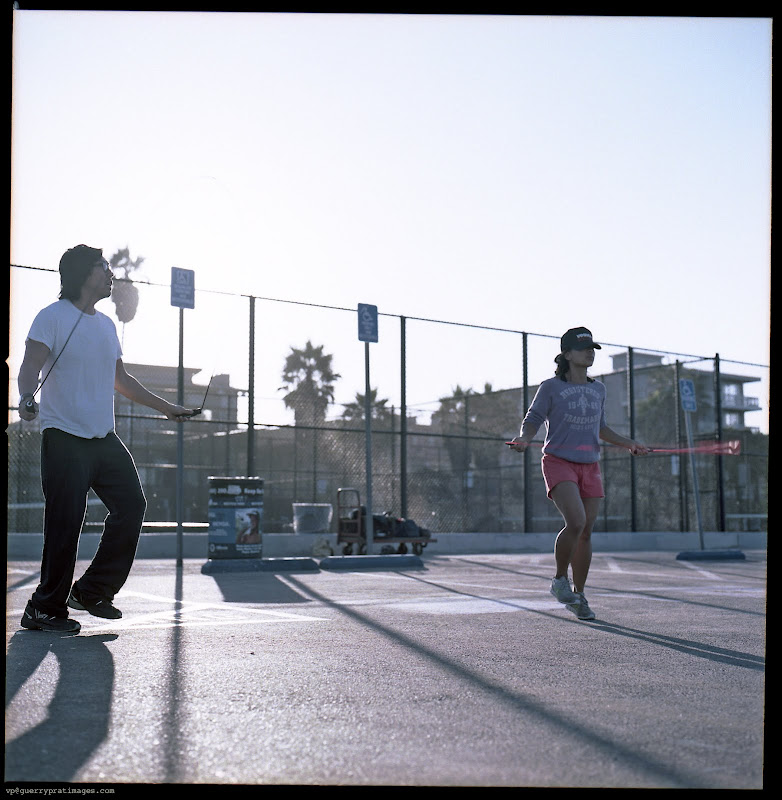 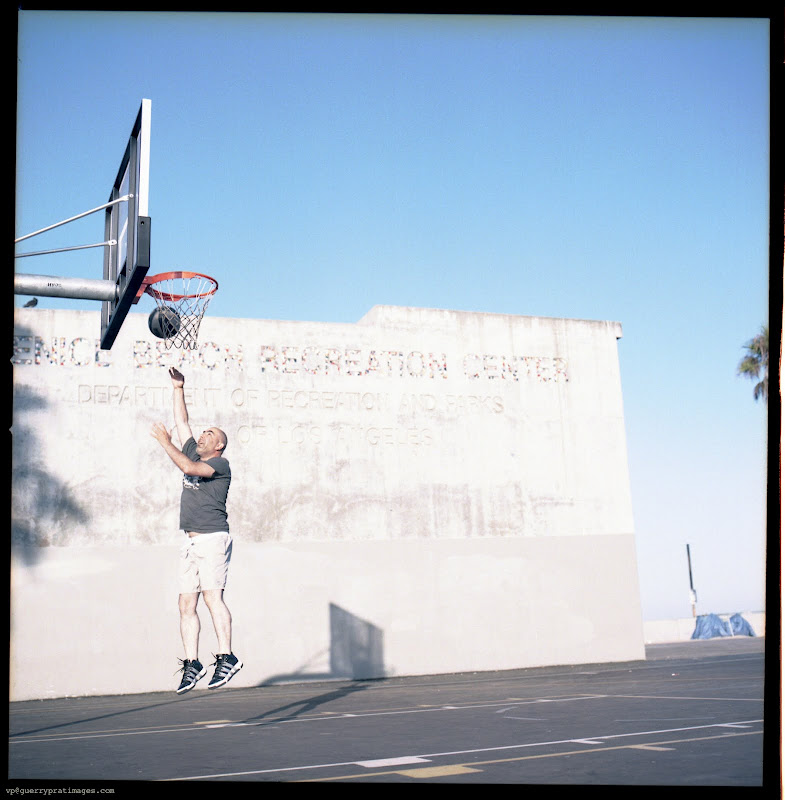 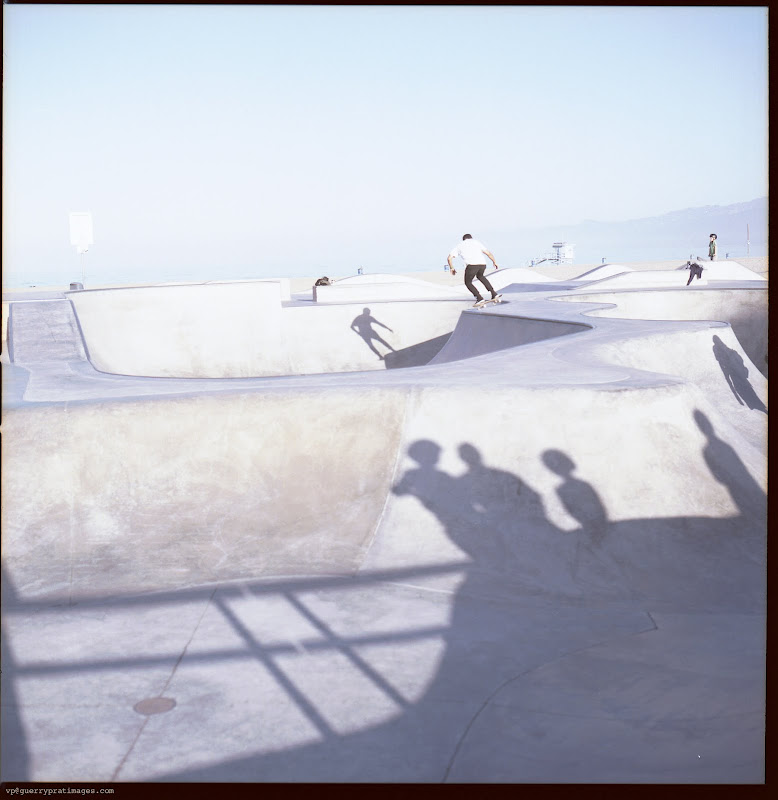 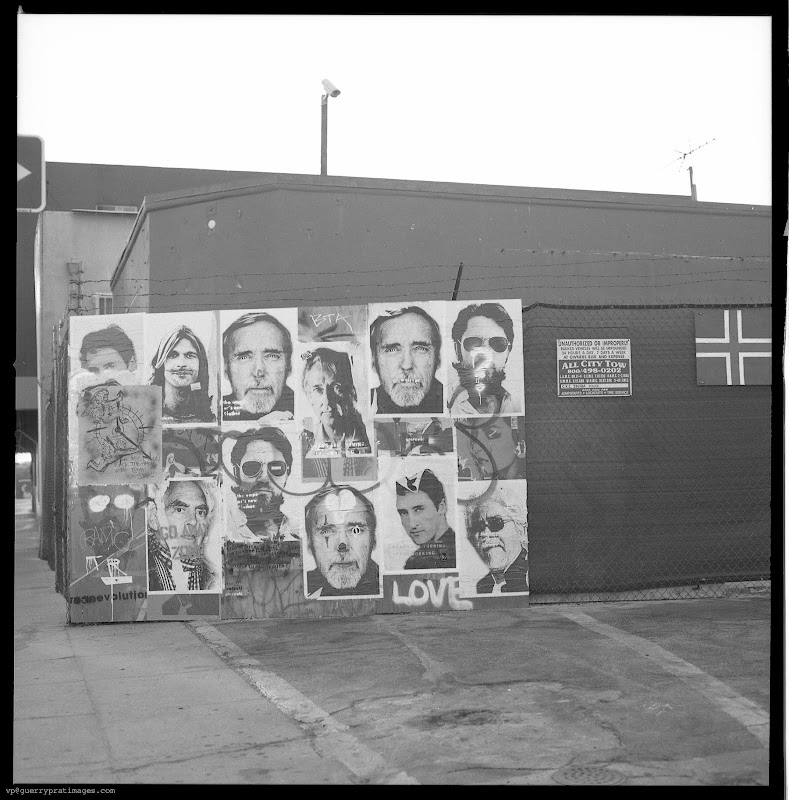 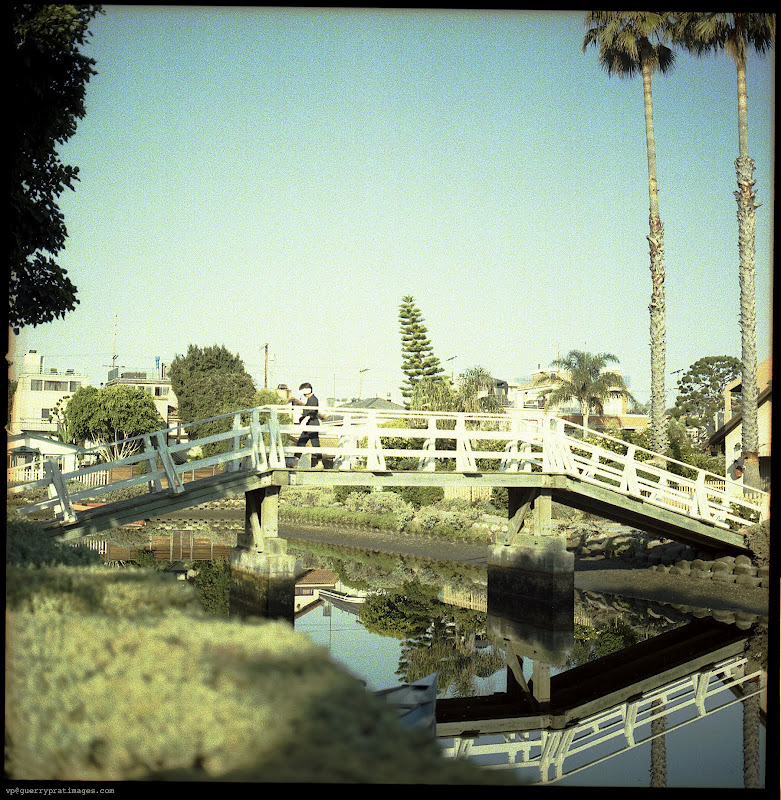 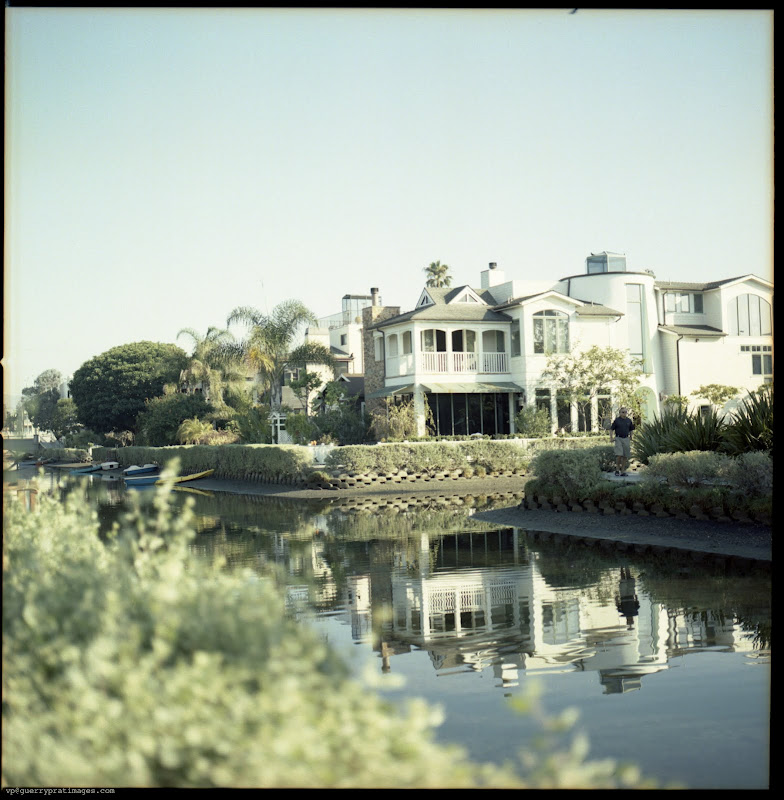 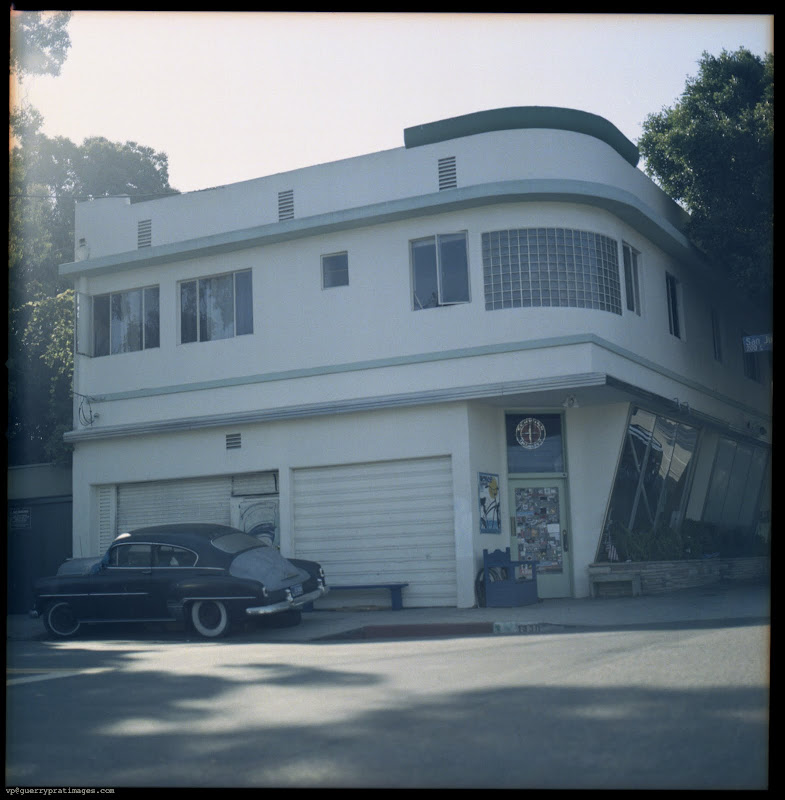 Oldies in old streets
En route, but before leaving Los Angeles we managed to visit Christophe Loiron of Mr Freedom, a Frenchman who has lived in Los Angeles for the last 30 years, selling Vintage clothing, and also his own brand 'Mr Freedom'. His shop on Beverly Boulevard is a fantastic cave, where old and new mingle with great subtlety. Christophe himself met us there and we chose several outfits to take to the Salt Flats to use in a photoshoot by my son Olivier, destined for the next edition of Men's File. 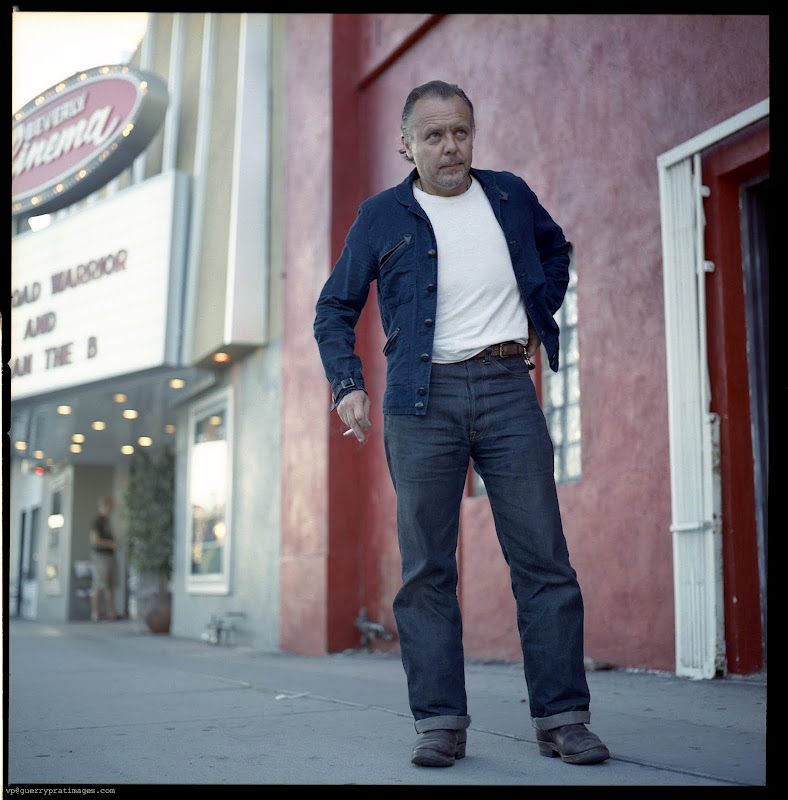 After that we visited Thom and Scott of Iron & Resin, at their beautiful concept shop in Ventura. Sadly there wasn't enough time for us to ride together, but we managed to share several pints of beer and some hamburgers.... 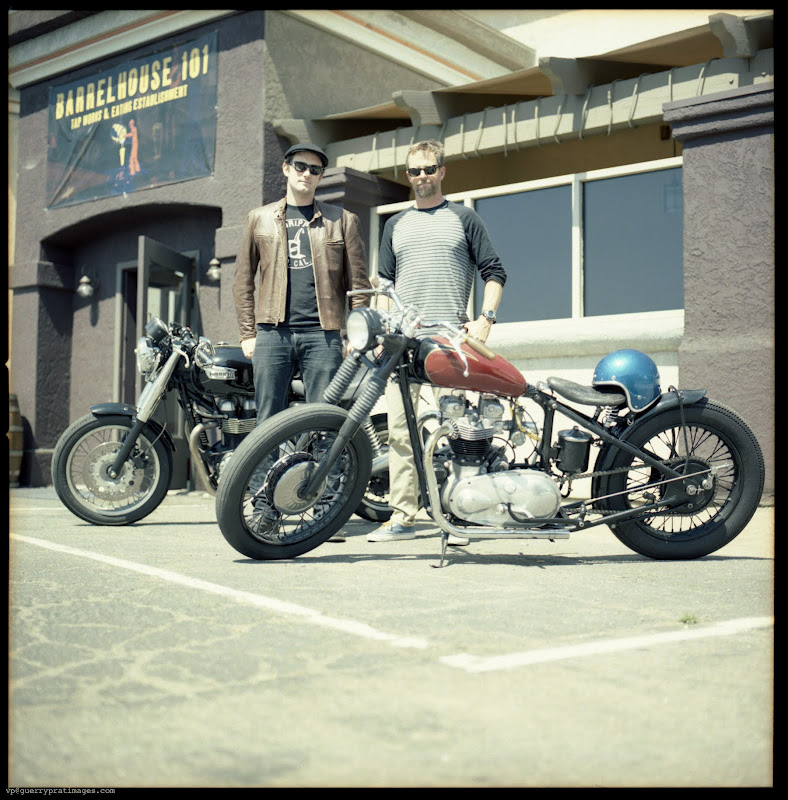 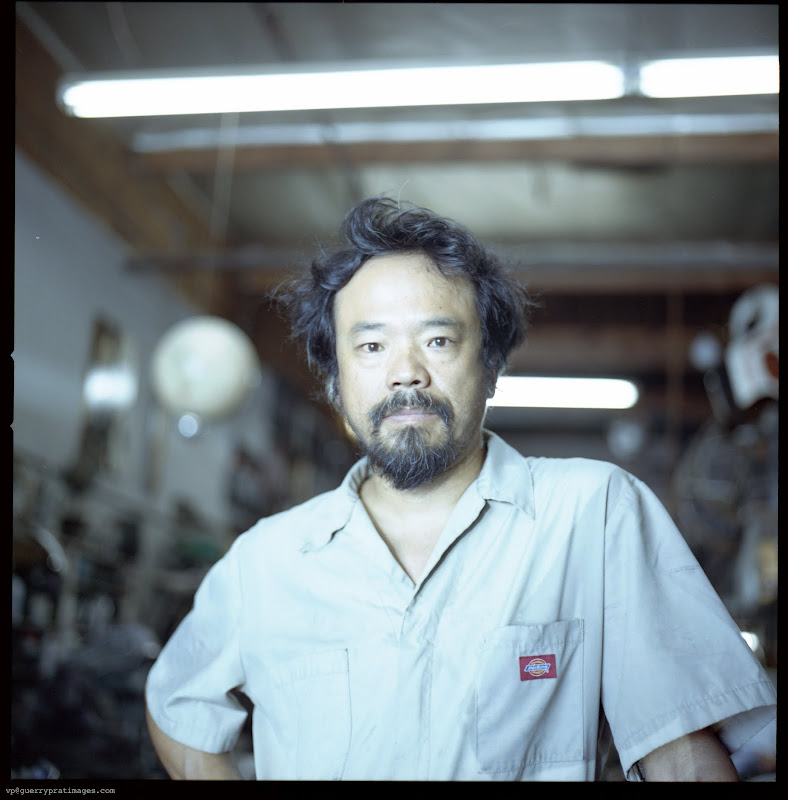 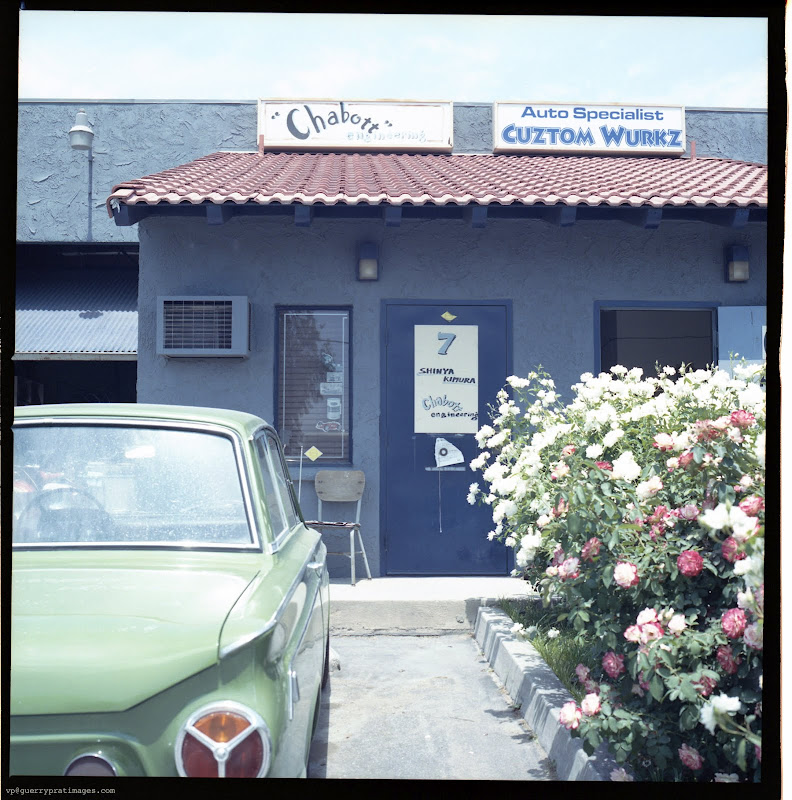 Travelling via Azusa, we had to go to Chabott Engineering: Master Shinya was working on "Spike", the Knuckle that he was going to pilot a few days later at Speedweek. I can't say anything that you don't already know about these machines or his workshop, but I must mention the humility and discretion that are rare qualities nowadays. We left them in the direction of the Mojave Desert, on the way to the Speed week. 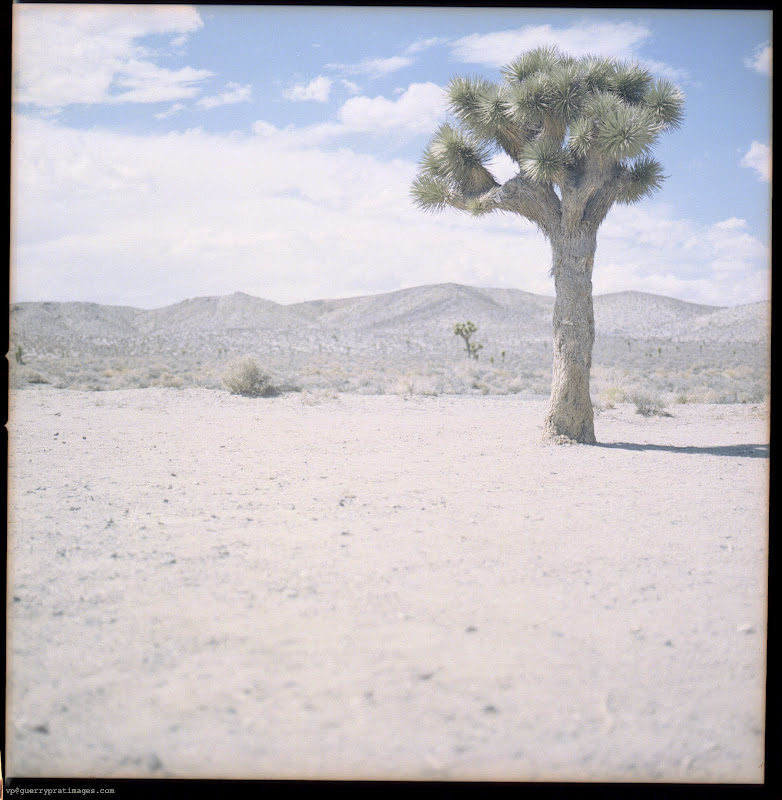