Here is an Exerpt of the future book being photographied and written by Gunther Maier, a German Photographer installed in Santa Fe NM. Gunther is also looking for an publisher, please contact him at : gunther@newmexico.com
And have a look at his website 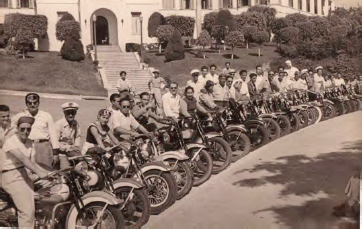 Thousands of Harley-Davidson motorcycles once rumbled across Cuba, but today only a few hundred remain nearly a half century after the island’s last Harley dealership closed. “They’re an endangered species,” said Jose Angel “Pipi”Perez, a Cuban mechanic who restores Harleys. “They are disappearing.”But Cuba’s hogs aren’t gone yet thanks to the remarkable efforts of a group known as Harlistas.Harlistas have kept their engines running despitedecades of hardship and economic isolation.
Almost all their motorcycles are at least 50 years old.Yet they find a way to keep them alive, scavenging parts from battered old trucks, lawn mowers and even
anti-tank guns. 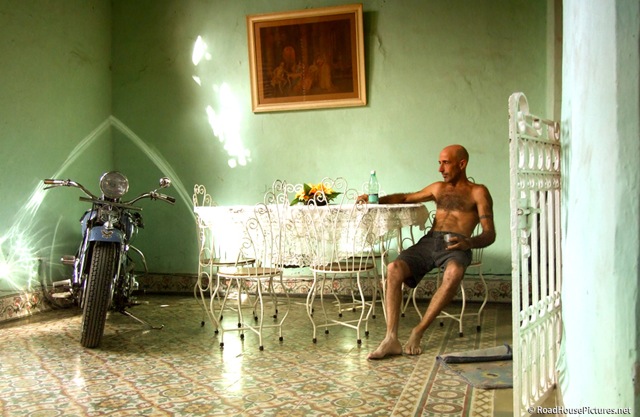 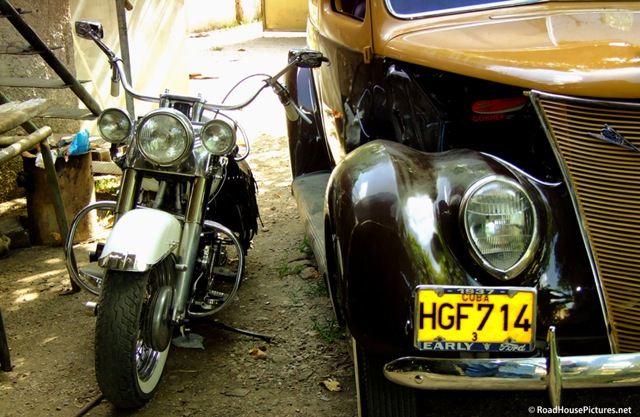 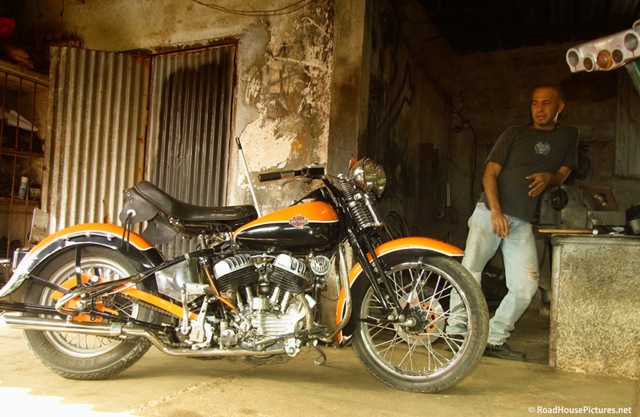 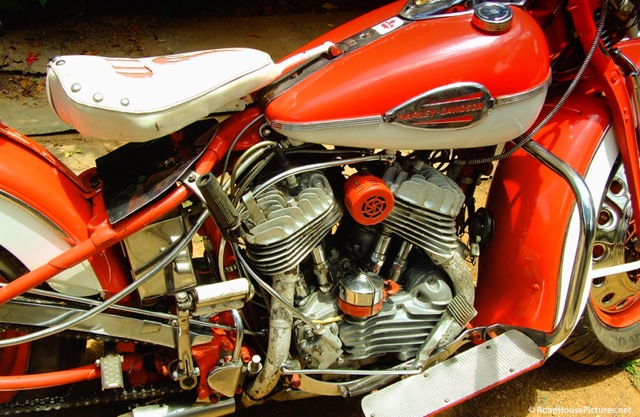 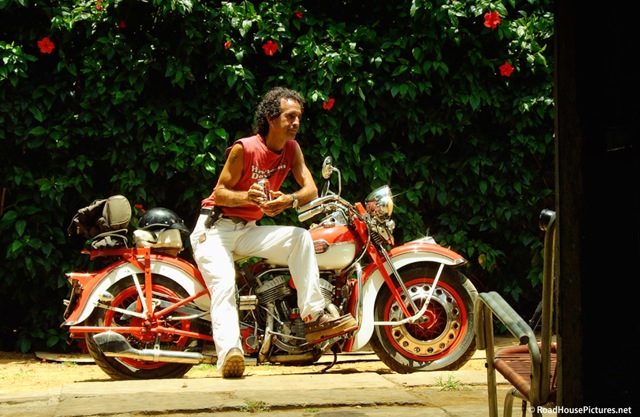 "These motorcycles have got our sweat all over them,almost like a coat of paint," said Adolfo Prieto, who rides a 1958 Panhead. "All that's American about our Harleys anymore is the name. They've got a Cubansoul."
Cuban mechanics have taken one of the ultimate symbols of Americana and made it their own.
After the United States cut off trade with Cuba in the early 1960s, Harlistas couldn’t get any spare parts, not even tires or brakes. So they were forced to improvise. One old-school mechanic used barbed wire to fix broken chains. Another started cutting up cake boxes to make engine gaskets. That led to his nickname, Cake Box, which sticks to this day.Harlistas have done whatever it takes to keep their motorcycles on the road, even it means
using:
* Pistons from Russian trucks.
* Chains stripped from the conveyor belts of a pre-Castro Coca-Cola factory.
* Fiat ambulance horns from Poland.
* Exhaust pipes made from tubes ripped from electrical transformers.
* Tires from VW Beetles. 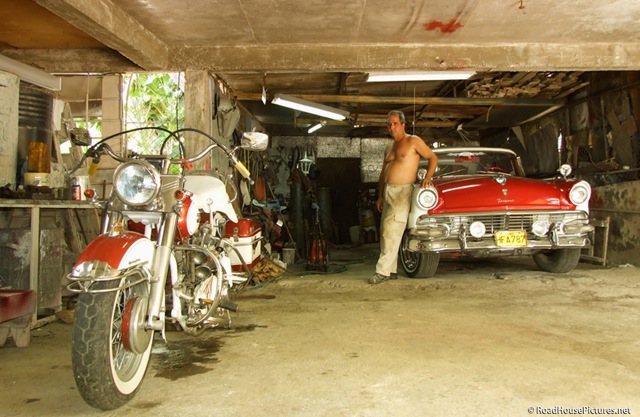 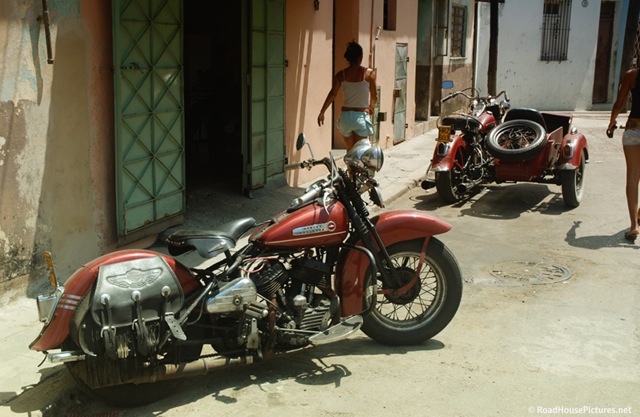 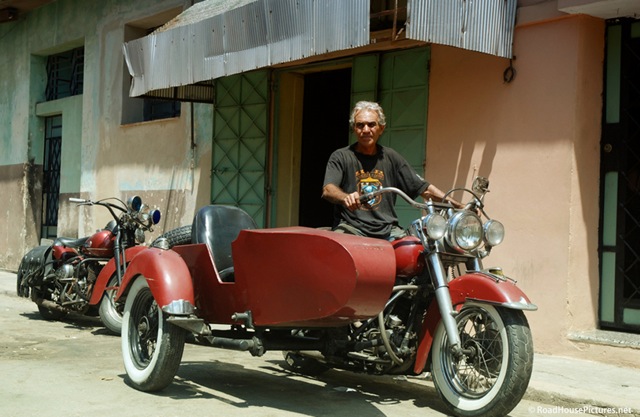 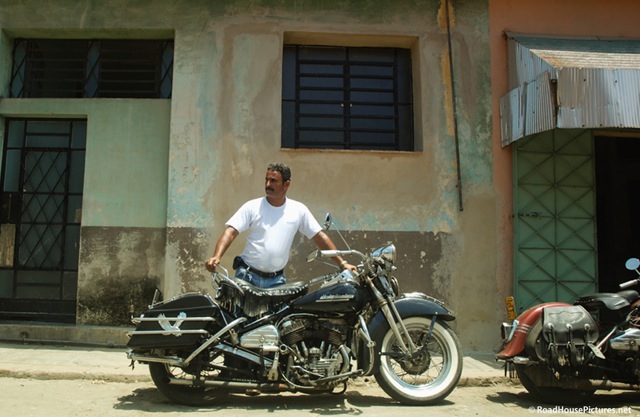 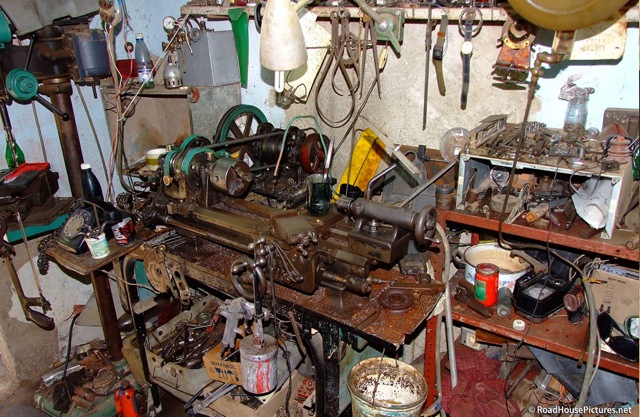 But the Harlistas’ story is about more than heroic mechanics. It's about pride and passion, love and family, loyalty and brotherhood. It’s about Panheads, Flatheads and Knuckleheads being passed along for three generations. It’s a tale of man and machine like no other in the world.

Cuba’s circumstances make the story unique. Harleys had a rich history on the island before the 1959 revolution. Then along came a charismatic leader named Fidel Castro. He embraced the former Soviet Union and decades of Cold War hostility followed. Socialist Cuba shunned symbols of United States including Harleys, the American flag and rock ‘n’ roll. And the U.S. hit Cuba with the longest, toughest economic sanctions ever imposed in any nation on earth. It’s a wonder Harley-Davidson survived at all. Some of the toughest moments came in the 1980s.

Many Harleys had broken down by then and few Cuban riders wanted them. They preferred new, lighter German, Czech and Soviet motorcycles. But some die-hard Harlistas stuck with their antiques, learning to restore the machines and rescuing them from the brink of extinction. Soon they knew how to fabricate or repair almost everything that goes into a Harley, from the crankshaft and carburetor to the tire rims, speedometer and windshield.

In 1989, the Soviet Union fell, pushing Cuba close to economic collapse. Harlistas grew to depend even more on their motorcycles for their own economic survival. Even today, many Harlistas rely on their motorcycles for essential tasks – getting to work, to the market and to school. Some even use their motorcycles to haul construction material, bricks and other cargo. Outside Cuba, many of these Panheads, Flatheads and Knuckleheads would have wound up on the scrap heap long ago. Others would have landed in museums and in the hands of collectors. 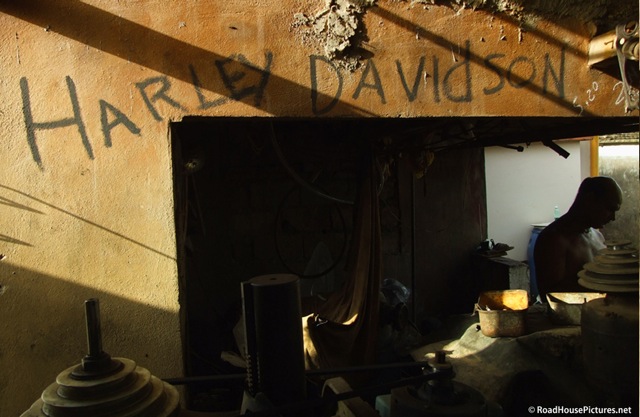 But on the island, most are working motorcycles, not show pieces. And they’re often present during the important moments of a Harlista’s life: Weddings and funerals, baptisms and Quinceañeras, the coming of age party held on a girl's 15th birthday. Sergio Morales, a Harley mechanic in Havana, has had his 1946 Knucklehead for 35 years. People call it Super Abuela – or Super Grandmother – “because it’s one of the oldest motorcycles around,” he said. “Super Abuela belongs to the family. It’s part of the house, part of the family. We don’t keep it just for pleasure. We use it for work, to solve transportation problems.” 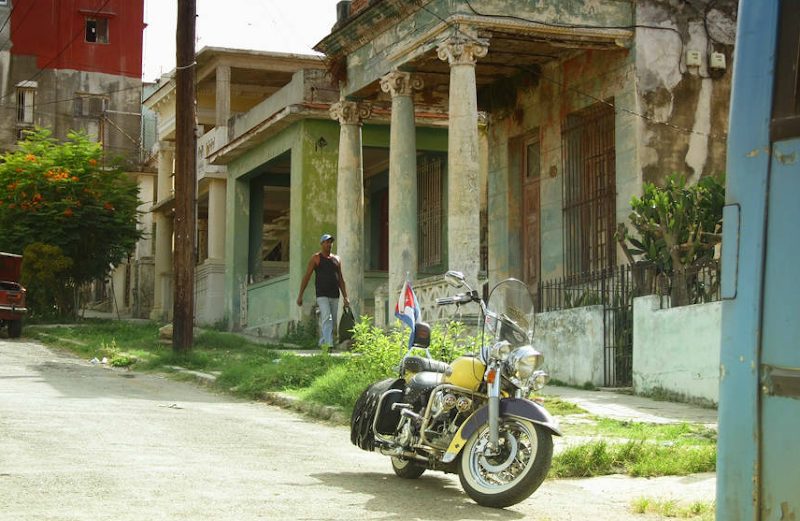 Not surprisingly, many Harlistas keep their motorcycles in coveted spots in the living
room or on the patio, not the garage. And toddlers began playing on the machines as soon as they can crawl. Some Harlistas ride the same motorcycles their grandfathers owned before the revolution.
The first Harley-Davidson production motorcycle was made in 1903. By 1919, production hit 22,000 motorcycles. A year later, Luis Bretos opened a Harley dealership in Havana. Police officers rode Harleys back then, and so did workers from the phone and electrical companies.
“The Harley-Davidson is the tractor and the Cadillac of motorcycles,” said Antonio
Miniet, who led a group of Harley riders who performed acrobatics in Cuba. “No other motorcycle is as strong.” After the 1959 revolution, some people rejected Harleys in Cuba. 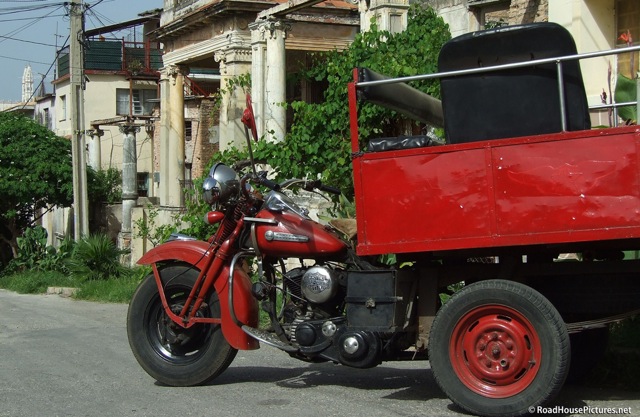 “They were seen as a thing of capitalism,” said Raul Corrales, a longtime Harlista who lives in the seaside town of Cojimar. “People looked down on things that were American and even more on Harleys because that was the motorcycle that the police used.” Before the revolution, when Fulgencio Batista was in power, police had a reputation for brutality, Corrales said. “When you’d appear on a Harley, people would say, ‘That’s the motorcycle of Batista’s police,’ even if you weren’t a policeman.” But Harleys endured over the years and are now some of the most sought-after motorcycles in Cuba.

Many Cuban riders want them – and so do foreigners. Some foreigners offer to buy the old Harleys for $20,000 and more. The temptation to sell is great in the country,
where the average wage is $15 and even a surgeon might earn $20 or $30 per month.
And some Harlistas fear that their way of life, borne of hardship and necessity, is fading away along with their vintage motorcycles. “I see the future of Cuba’s motorcyclists as somewhat dark,” said Corrales, son of a famed Cuban photographer. “We’re losing our identity.” 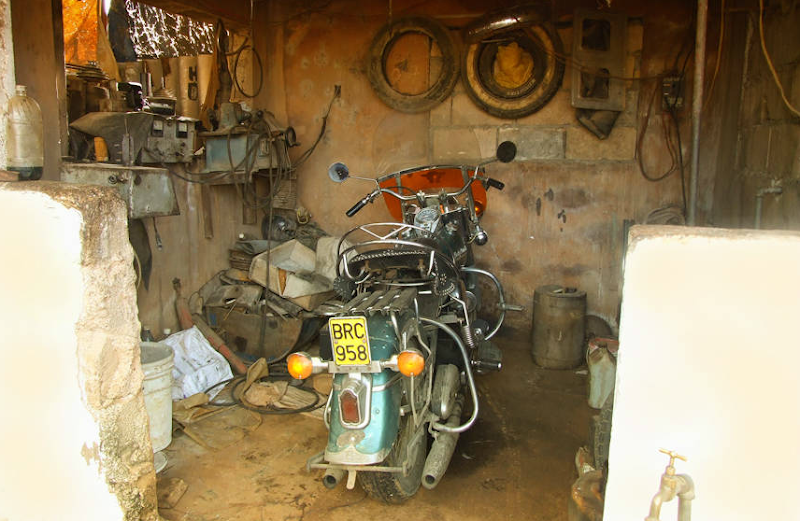 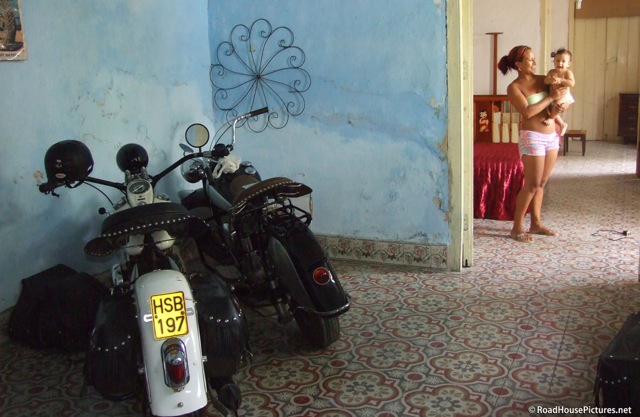