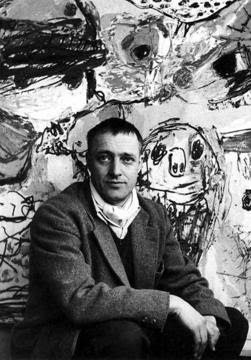 
Asger Jorn (1914-1973), founder of the Cobra movement in 1948 and probably Denmark's most celebrated 20th century artist. He spent much of his life in France, where during the 1930s he studied at Fernand Léger's studio. In the 1950s and 1960s he played a leading role in several avant-garde movements, most notably the International Movement for an Imaginist Bauhaus (1953-1957) and the International Situationist (1957-1960).
We were passionate about the Cobra movement and other partners for their vitality and their community spirit (international networks and friendships, self-help - a coming together of all the brightest minds of the period).

These personalities and their friends were a synthesis and conclusion of the Modern Art of the twentieth century.
A small group and an immense work of freedom, poetry and all mediums were used (collage - painting - drawing - writing - including their text references - planning - architecture - cinema - provocations - leaflets - butterflies - posters) everything used!

Cobra is also "free calligraphy", the mix: medieval culture and Nordic + primitive art + art brut + unbridled spontaneity and rejection of specialization.
Also their not so colorful abstract expressionism and sense of humor was devastating!


- Asger Jorn and Christian Dotremont were members of the "International Situationist" (the most unique movement in the history of modern art and philosophy / contemporary politics).
- Karel Appel and Pierre Alechinsky them being two of the greatest painters and modern sculptors.

Cobra is the exact opposite of "Cocoon Cool and Arts Décoratifs" that has pervaded the modern world. 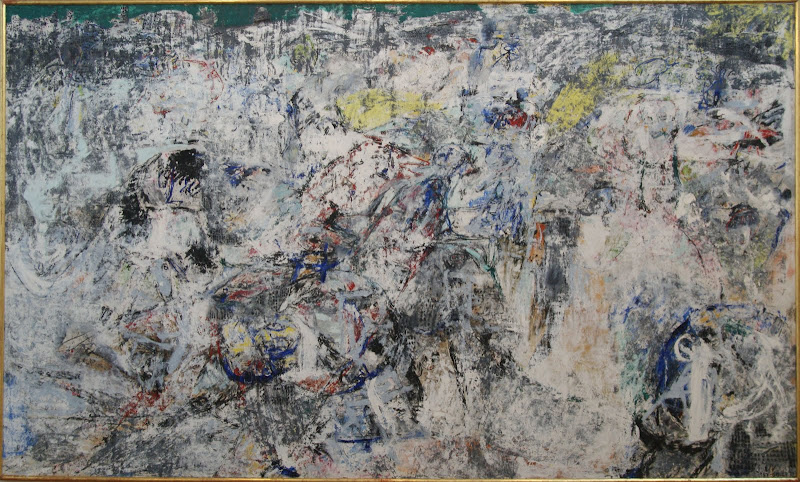 Share on Tumblr
By vincent prat At 8:55 PM No comments: