Its common knowledge that Speedweek is the annual gathering of speed freaks far and wide in search of a new record. To compete, a certain amount of bravery, race preparation and experience is required, or just pure folly! Any type of engine or fuel is allowed to enter the competition providing it is given the thumbs up by the race scrutineers, or if necessary a corresponding class created.

One morning following a period of strong wind across the salt flats, my friend J.C. and myself returned to the track to make last minute checks on his bike before scrutinising. Afterwards and while waiting for the wind to die down, we wandered over to take a closer look at Bob Sirna's beautiful SL300 Mercedes from the Gullwing group. Being a pro and always focused on the job in hand, Bob is not ordinarily one for idle chatter, but at 07:00 AM the ambience was relaxed and an opportunity to discuss the performance of this exceptional car with the team, cold beer in hand!
Over the years Bob has owned more than a handful of SL300 roadsters and coupes, and restored and tuned several different models amongst them a reproduction of the celebrated W194 driven by John Fitch, star of the 1952 'Carrera Panamericana'. 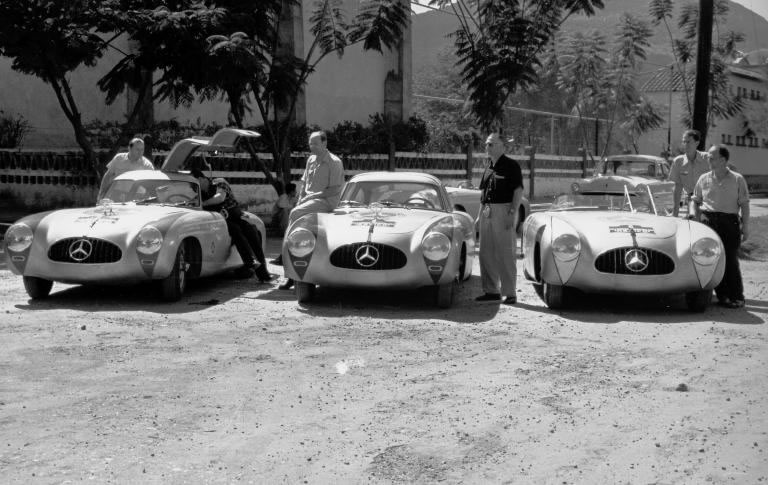 John Fitch is a celebrated racing driver, known for his exploits during WW2 and credited with having shot down a ME262 with his Mustang P51. Following the war, John slipped quite naturally into racing cars for Mercedes. He competed in numerous endurance races, in particular the Panamerican ,Sebring,The Mil Miglia, Le Mans 24hrs. In 1955 he was Pierre Levegh's co-pilot when their car driven by Levagh crashed killing 80 people and injuring 200. After this tragic event, Mercedes withdrew from the race and John continued the competition with Chevrolet. 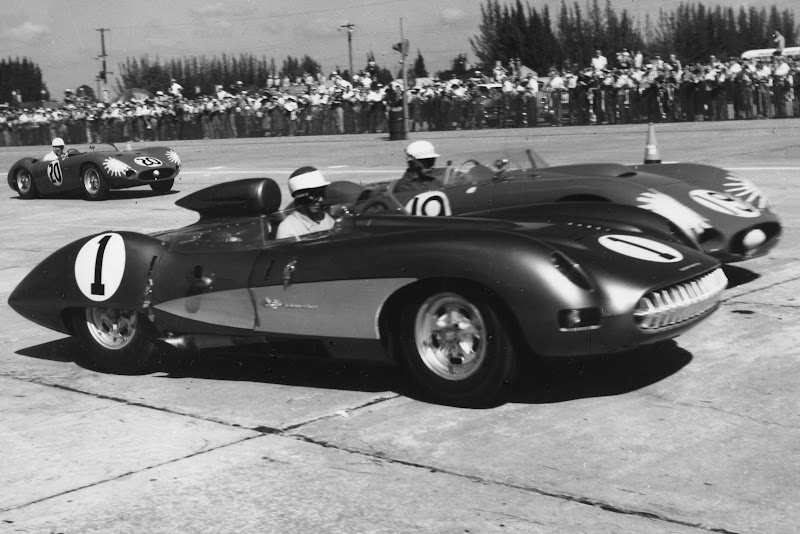 He even created his own prototype based on the Corvair called the 'Phoenix'.

Ten years ago Bob Sirna and John Fitch met for the first time during a car event. Aged 80 years old and sat at the wheel of the W194, John was transported back in time! Sima invited Fitch to pilot the car during Speedweek 2004, and though no records were broken the old magic was still there. This amazing story was captured in Chris Szwedo's documentary entitled 'A Gullwing at twilight'. 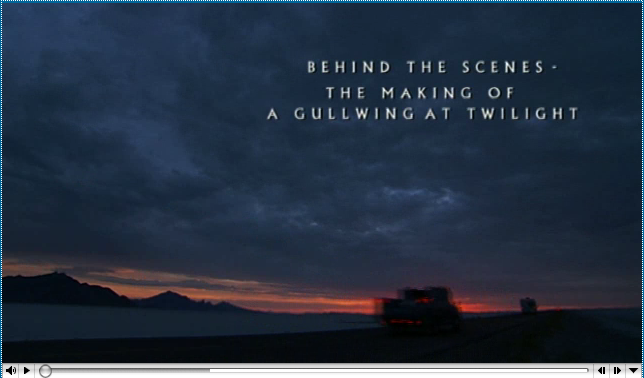 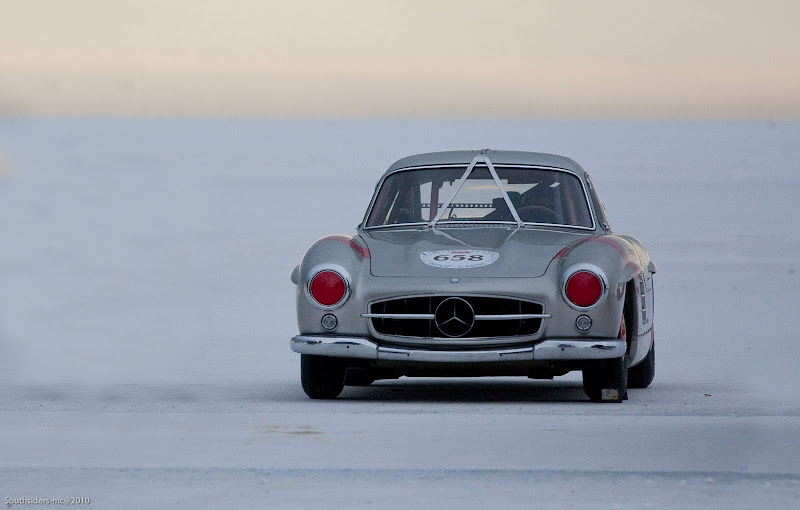 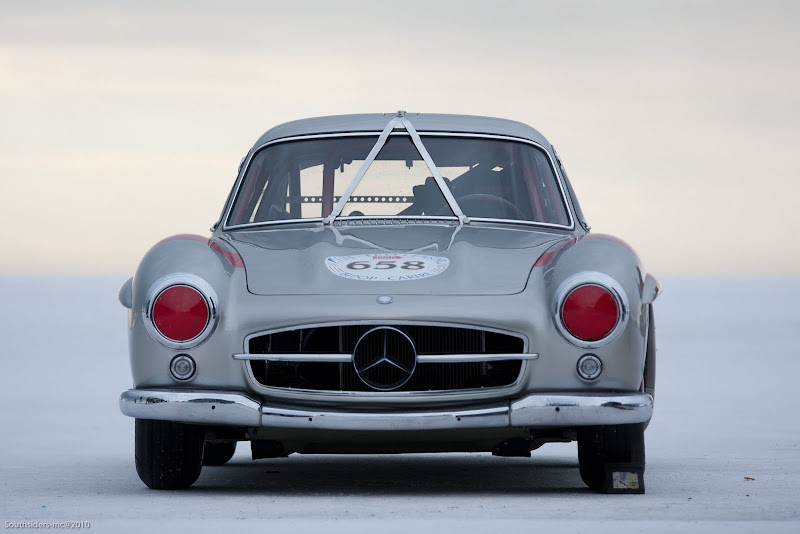 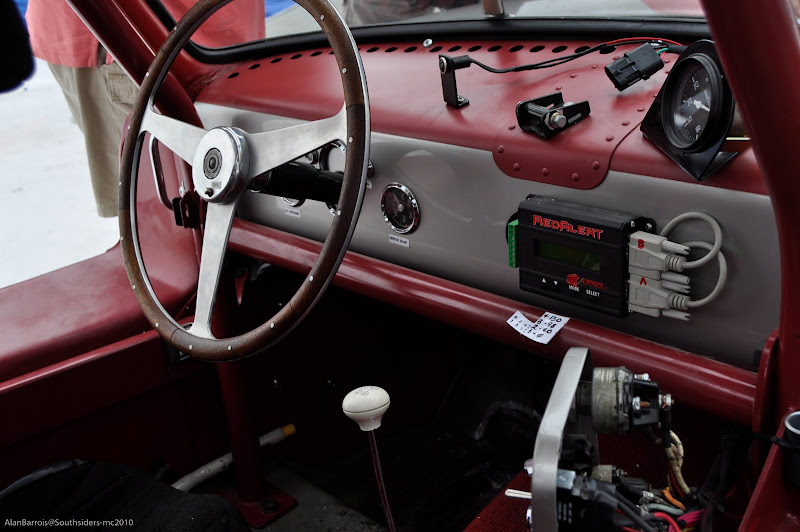 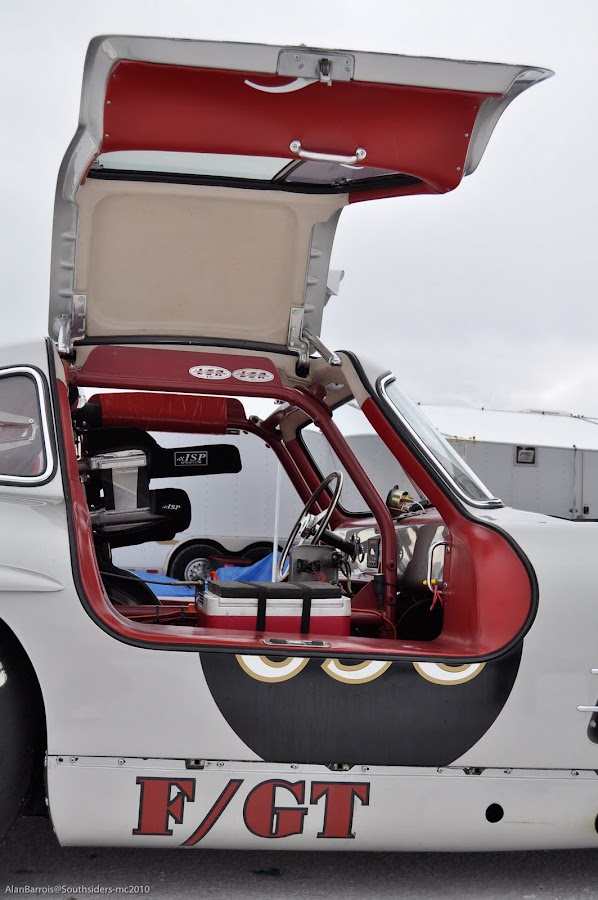 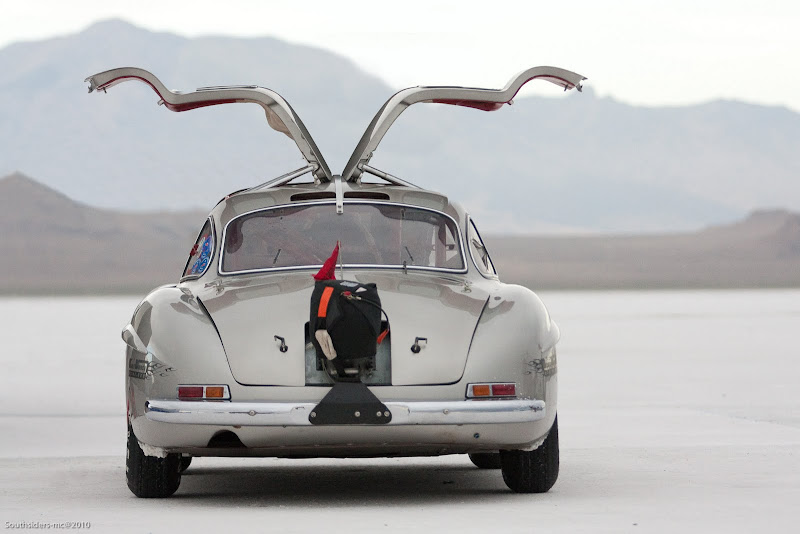 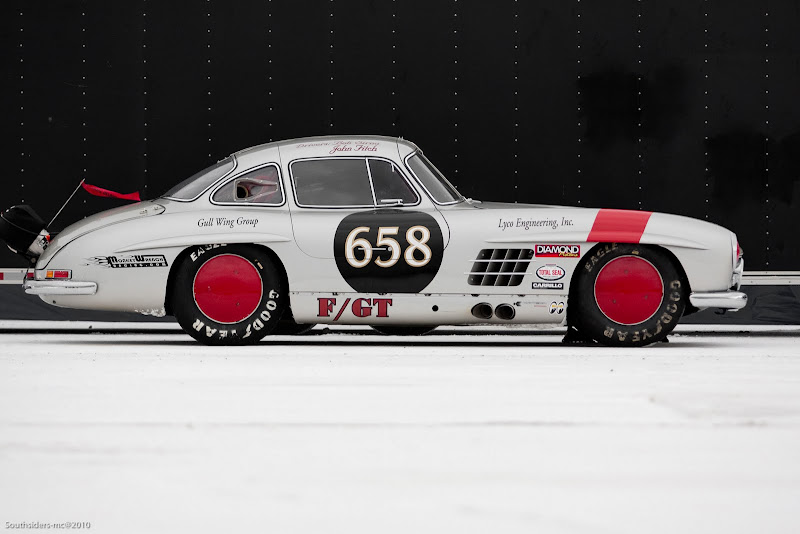 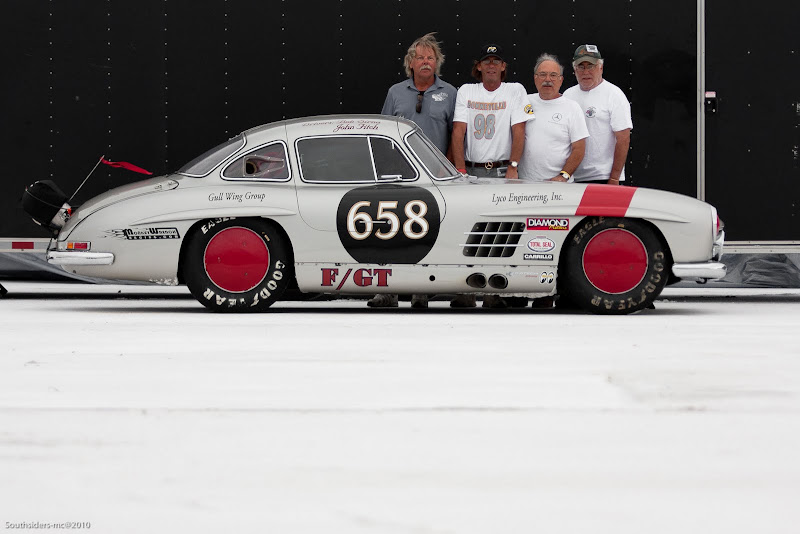