Last month, on a working day morning and at rush hour effervescence, we had an appointment for a secret photo shooting.
Nick Clements and Mark Upham were waiting for us along the Seine river quays, where life seems like time stands still, five meters below cars traffic level, the roar above our heads seemed a murmur to us.

The machines were there, for real, for our eyes only... Four Brough-Superiors, set on the cobblestones by Mark and his team :

A wonderful antic SS100, a mutant monster: The Basil 1300cc, restored by Cris Williams, a racing machine usually coupled with a side-car for races whose frame is reinforced to hold the incredible power of the methanol fed engine. 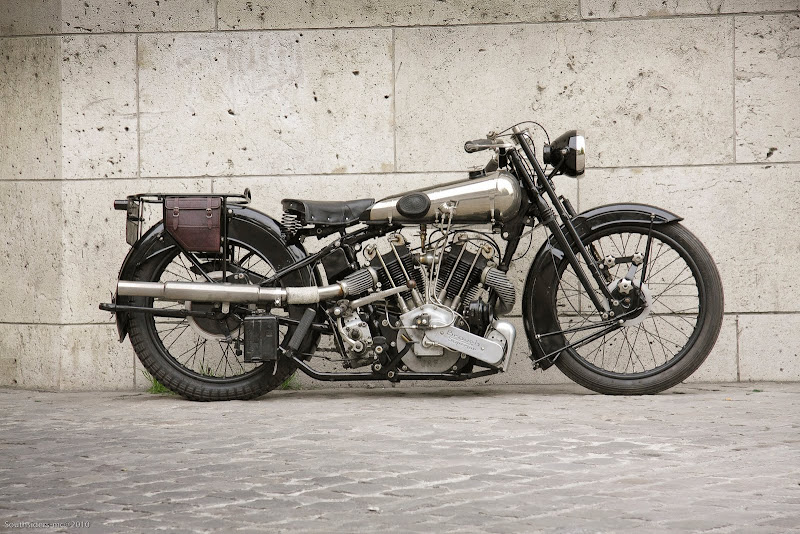 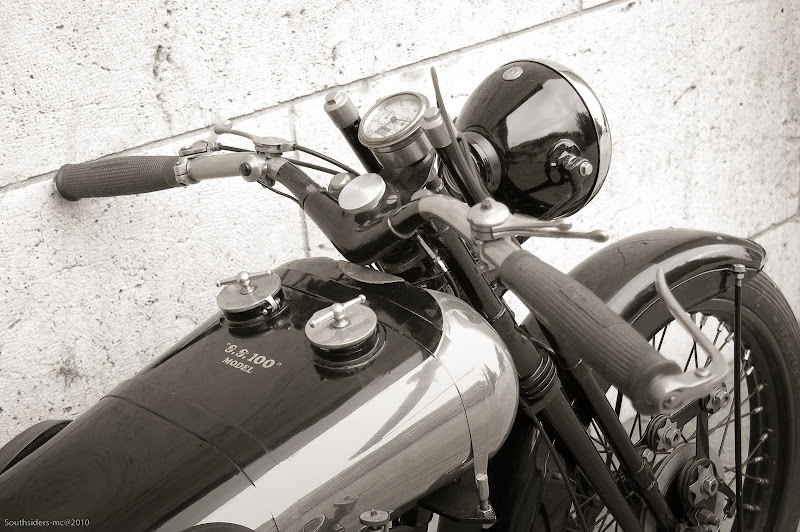 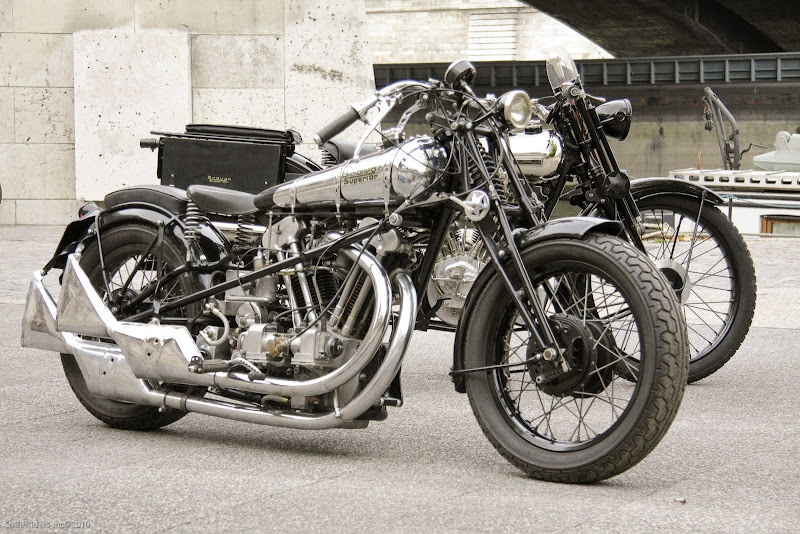 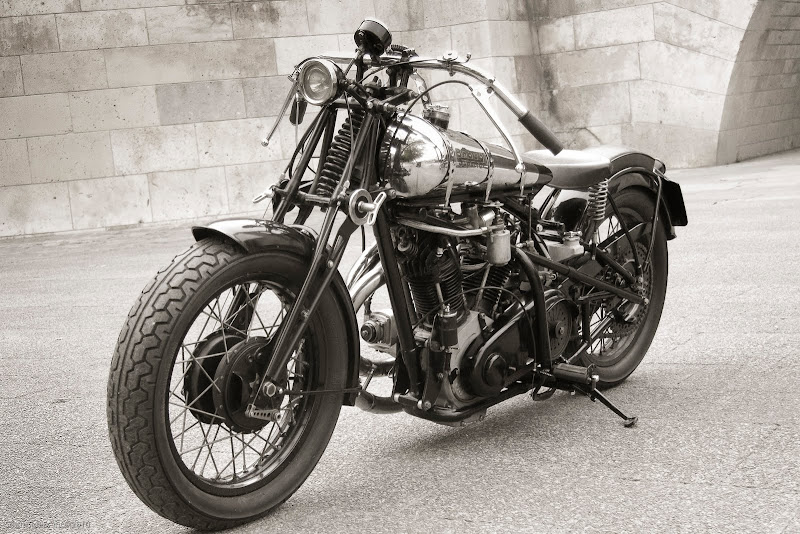 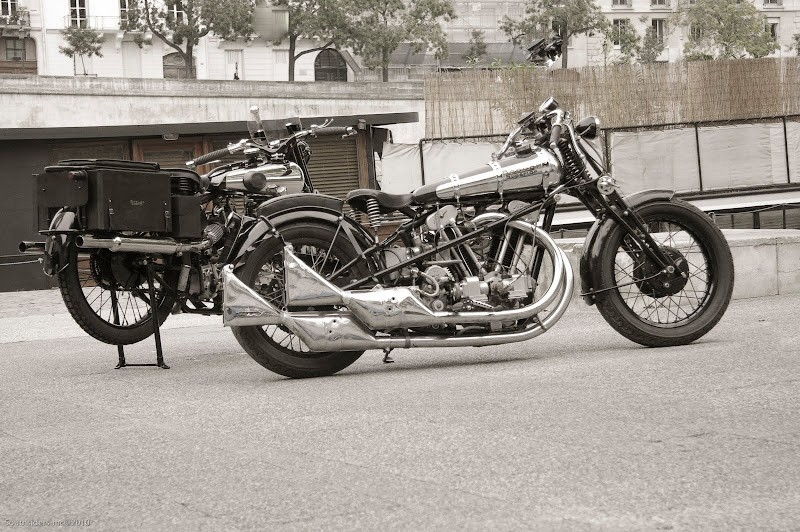 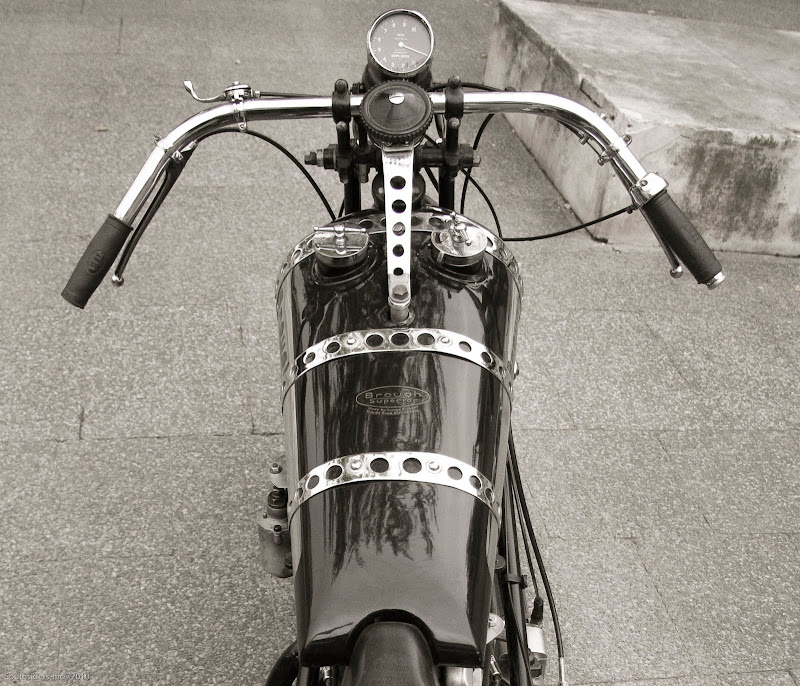 At that time, as it can be seen on the video (below), the rockers were still outside, lost oil lubrification was ensured by a semi automatic Pilgrim pump whose flow was adjusted manually.

Various versions can be found, that's how among the two others motorbikes there. There's the replica of Lawrence of Arabia 1925 Brough Superior, with its perfectly rebuilt wax cotton baggages, its little wind screen.... Mark went so far in the details that he reproduced the stick with a silver knob hung on the fork just like Lawrence would have done. 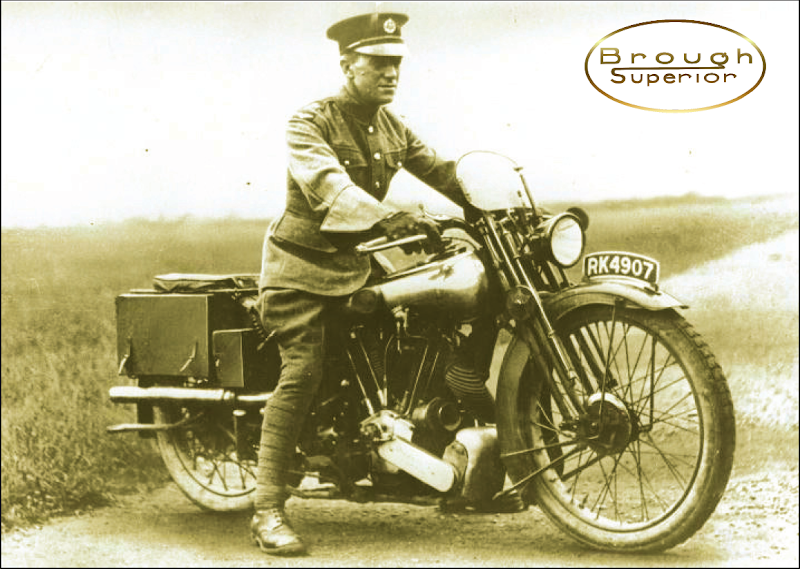 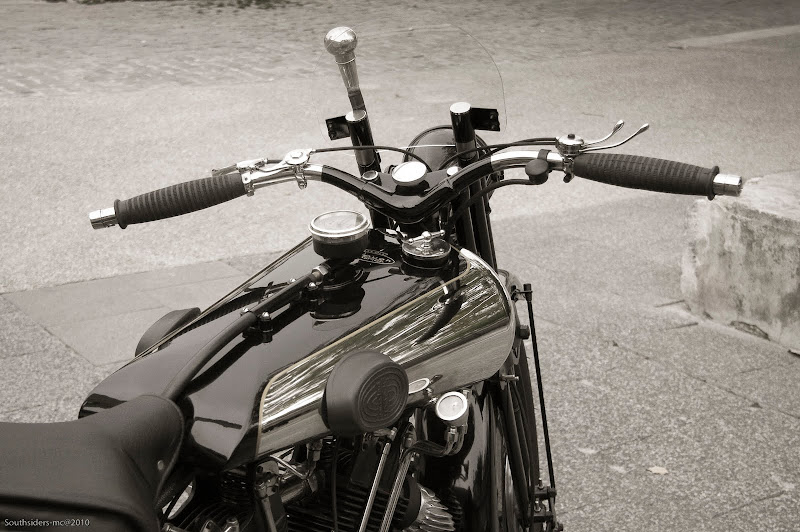 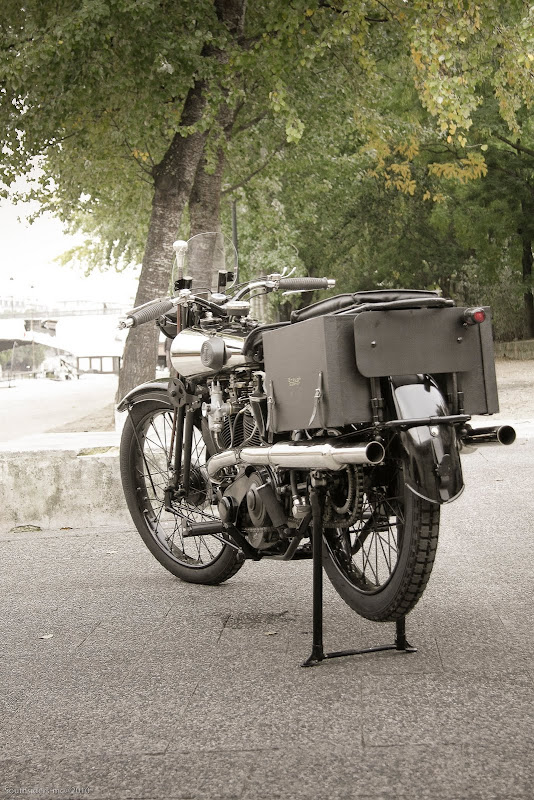 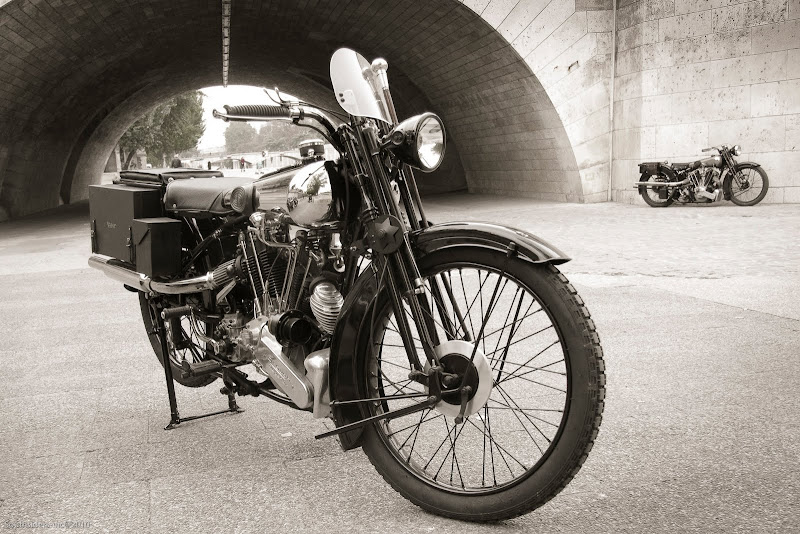 The last one is the SS100 "Pendine" replica named after the famous welsh city Pendine beach races of those days. 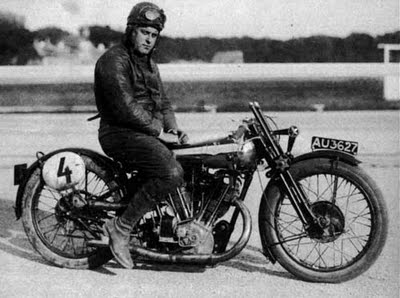 Georges Brough, himself rode the Pendine, the original model is now in Brooklands museum.

Thanks to the same Pendine hard sands, Sir Malcolm Campbell broke the world speed record in 1935 driving "Bluebird" at a speed of 484 Km/h. 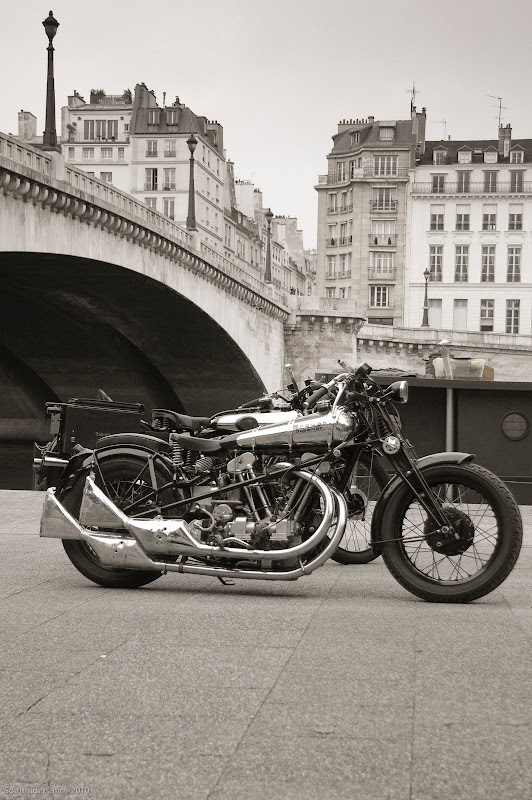 We'll have to wait for issue number #5 of "Men's file" (July 2011) to discover Nick Clements' photographies.

I insist on thanking Mark Upham and Nick Clements for such a special moment.