Microcars have something.... funny, like an almost childish, nevertheless clever and useful design.
By chance I met a few owners, among them Nick Poll, an englishman living in our region, specialist among other things od those microcars, Jap engine powered Morgan cyclecars and Brough-Superior. I met Alain Gardinier as well, journalist and microcars fan.

They were created just after WW2 mostly in Germany and England, essentially for saving raw material, rare at those times. 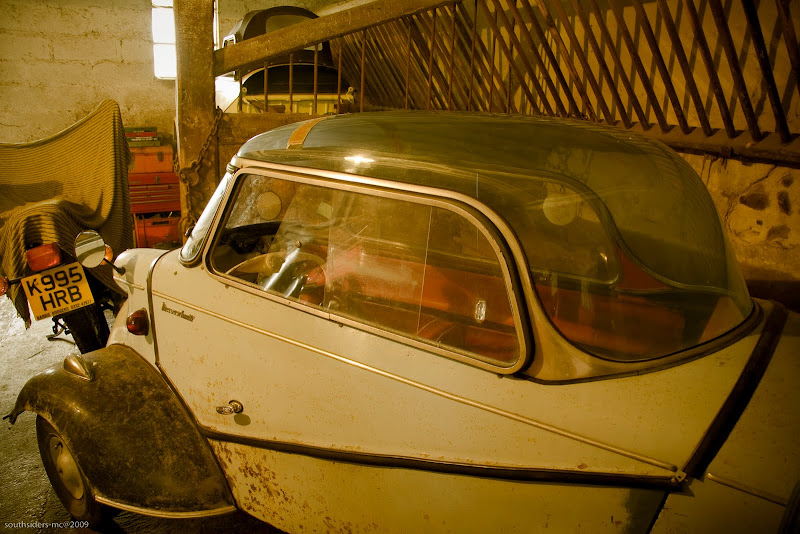 Exemples of Messerschmitt being restored by Nick Poll 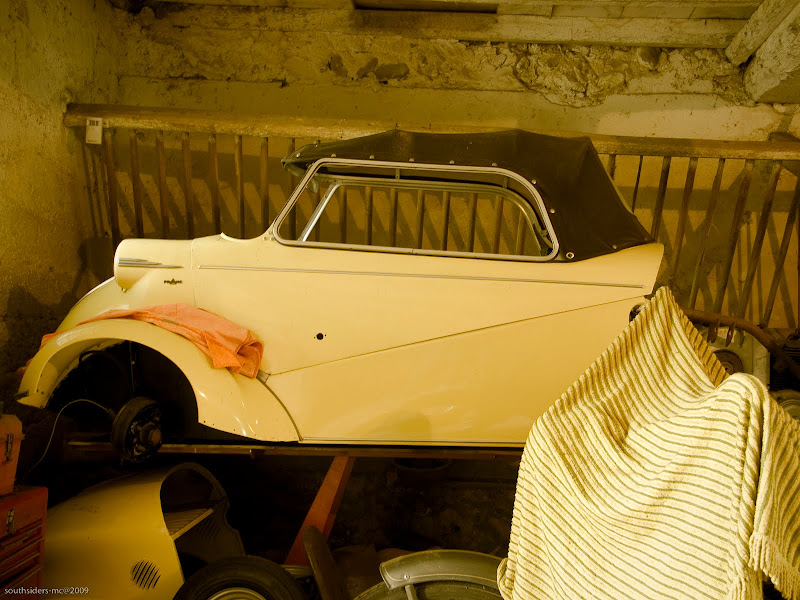 Among the most attractive models, the Messerschmitt KR175/200 imagined and engineered by Fritz Fend specialist of cars for disabled or wounded people powered by muscle power. 40000 have been built between 1953 up to 1964. 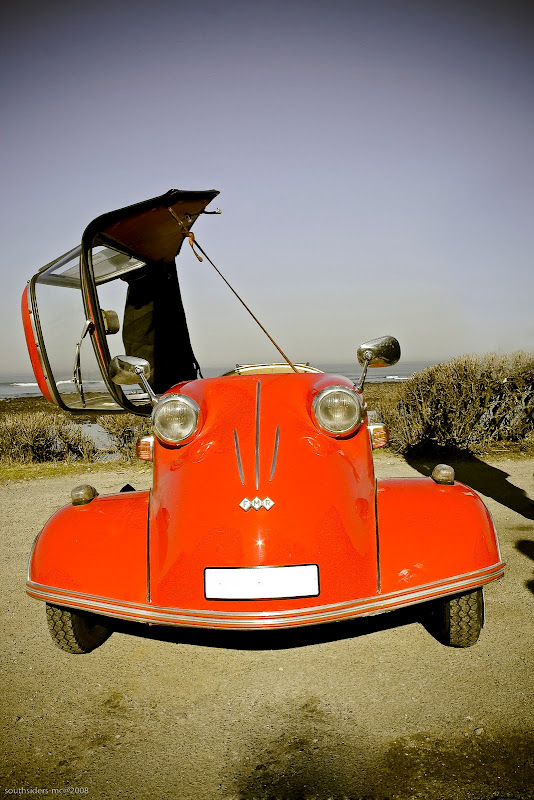 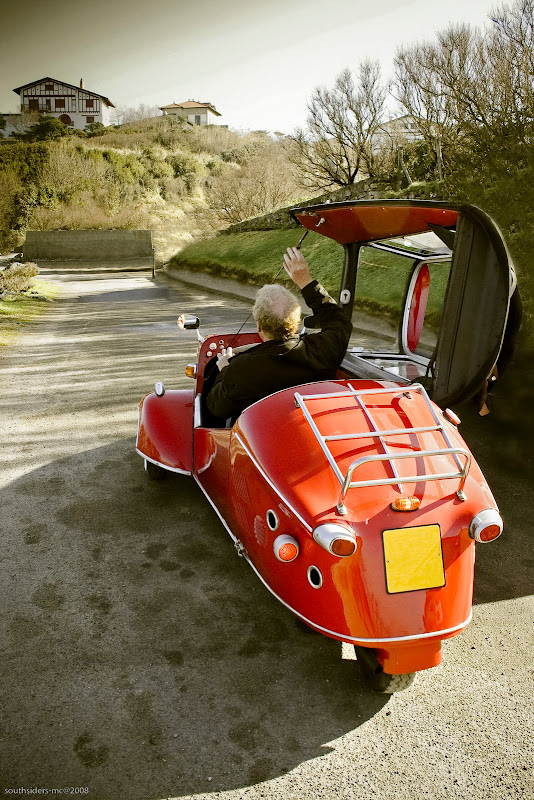 KR stands for "Kabinenroller": Scooter with a cabin. Its aerodynamic shape and its cockpit reminds those of a plane and allowed it to break numerous records (22) one of which was the 24 hours on Hockenheim race track at an average speed of 103km/h. 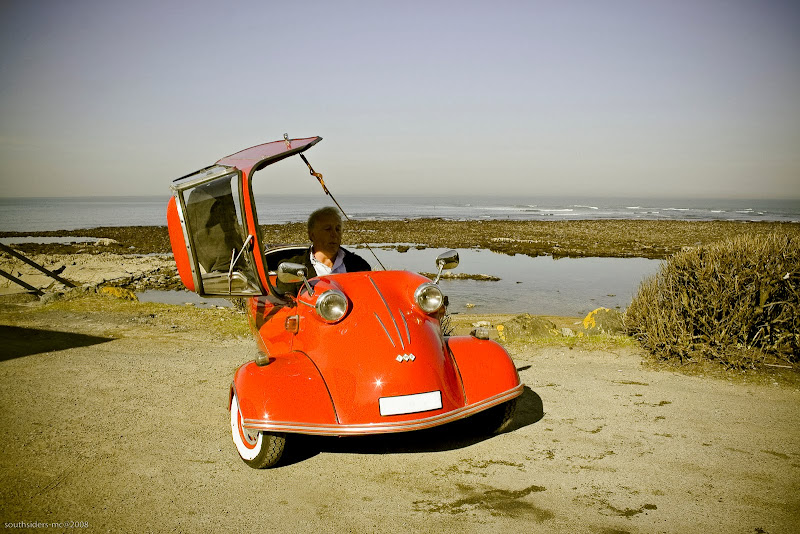 The passenger is seated behind the pilote, the steering system is of direct transmission with a handle bar like a motorbike. 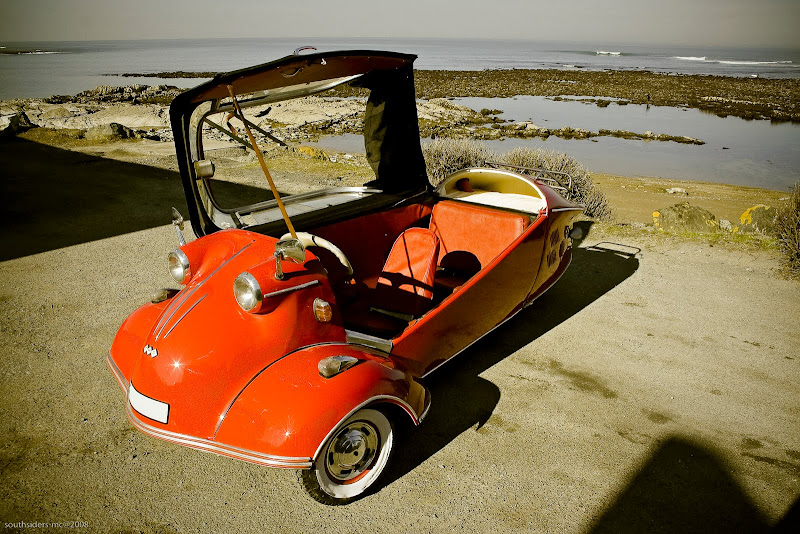 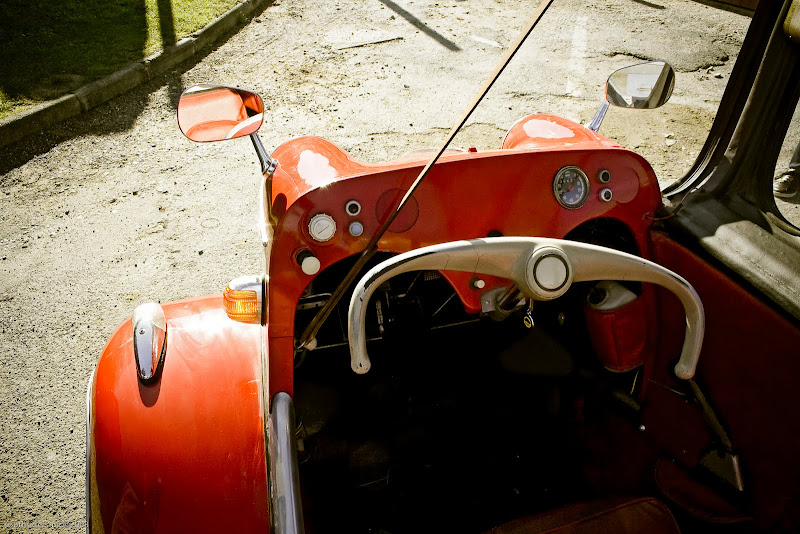 It's powered by a 2 strokes, 13hp Fichtel and Sachs one cylinder engine. On KR200 reverse was obtained by simply inverting rotational motion of the engine with the contactor.

Isetta or Bubblecar from Iso Rivolta (italian fridge maker) was built under licence in many countries, Germany (BMW), France (Velam) from 1952 and in Brasil under the name of Iso Romi. 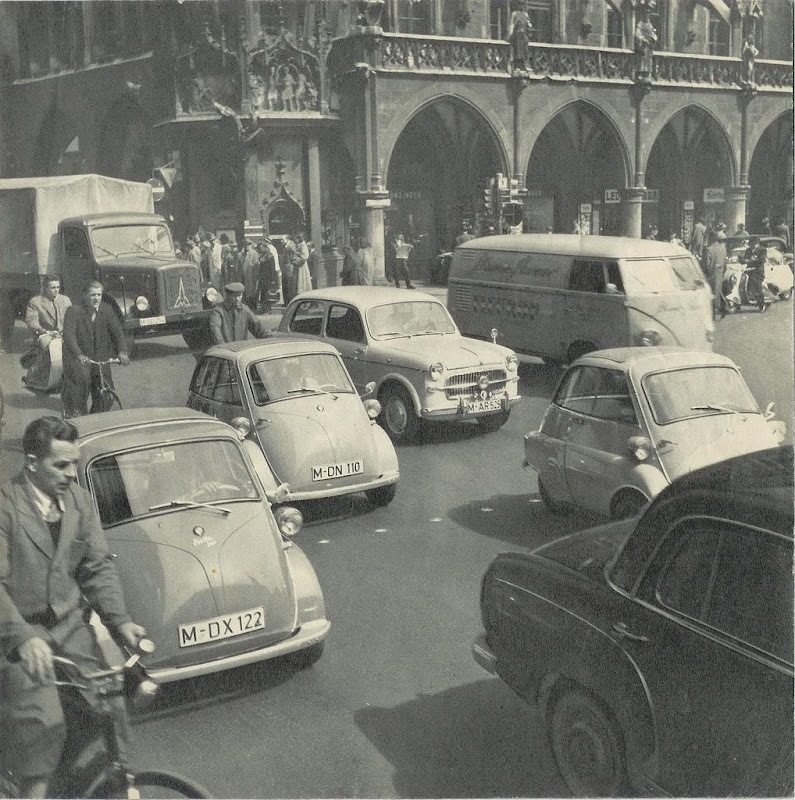 Three wheeled, one doored as well the front is opening including steering column. 2 adults and a child may get onboard. It's an economic vehicle for short distances able to take place in an urban traffic. 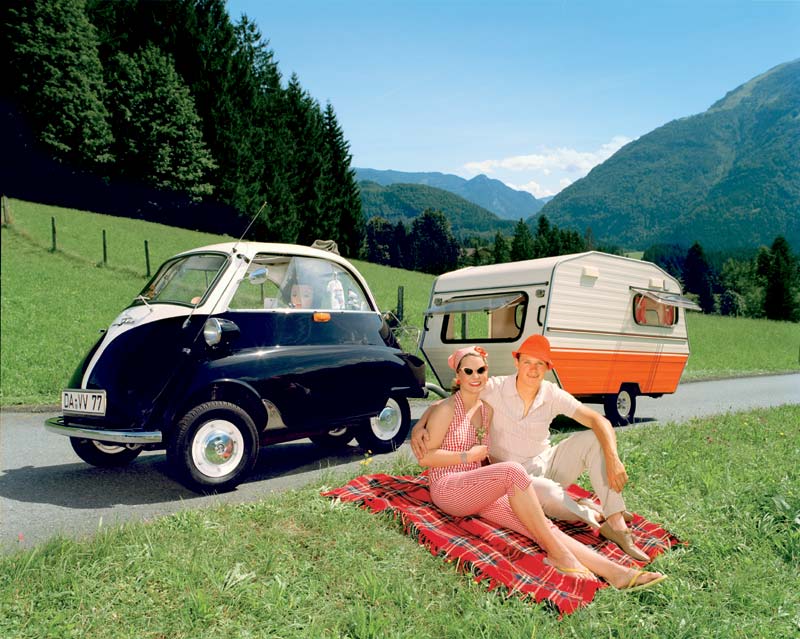 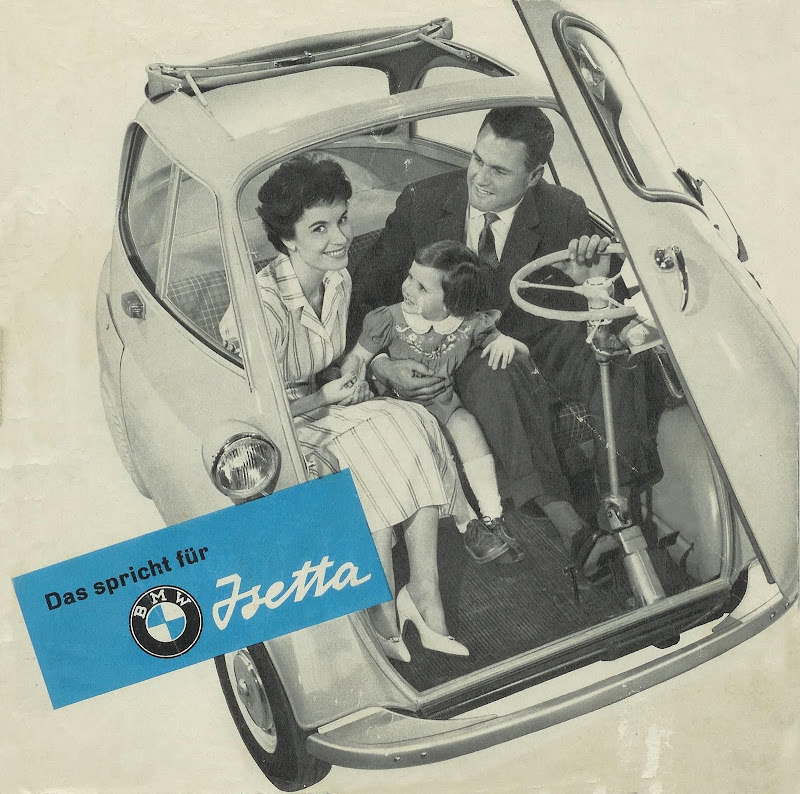 The first period 2 strokes engine has been later on replaced by a one cylinder 300cc motorbike engine cooled by a turbine. 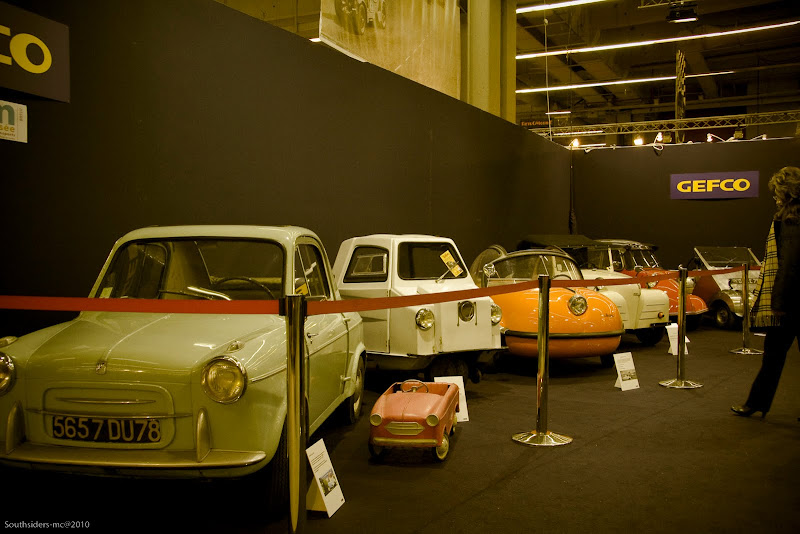 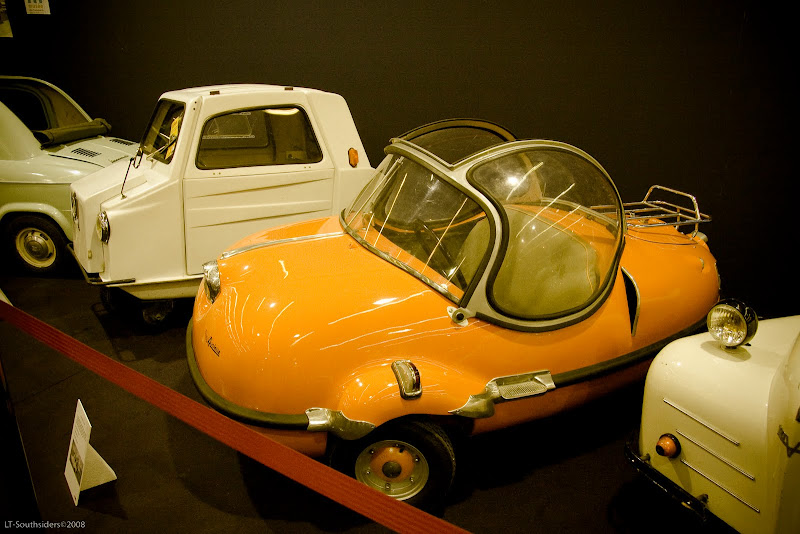 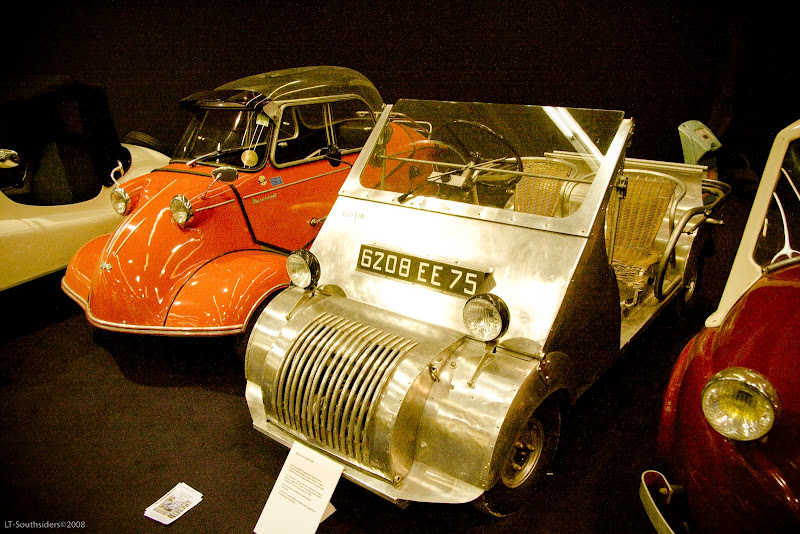 in the '50s, manufacturers of microcars were numerous, they all disappeared in the splendor of the 60s