Passing a pleasant evening by saying little and listening a lot

A Southsider stands alone in a crowded room. People laugh and push and drink and eat. The Southsider says nothing but for a few minutes just listens. "What's going on in Paris? I never saw this before" says a cynical (but stylish) Parisian biker as he bites into (what our hosts call) finger food. A Brough Superior (Pendine model), previously at rest on a wooden plinth, growls into life as if started by a ghost rider and everyone, with even a slight interest in motorcycles, turns their head. "Amazing, what is it?" an elegant woman dressed in her own 1940s creation asks. "Don't know" her friend says, but adds "I like it".

This is the atmosphere of the Double RL / Men's File event at the Ralph Lauren, St Germain store last Thursday (Oct 21) and it seemed to get better throughout the entire evening. Double RL is the company's vintage and replica range selling high quality (and high priced) one-off vintage items and replica or 'inspired' stuff highly influenced by America's golden era - and we all like that.

It's not up to us to say if this stuff is any good (you can go and find out for yourself) but we overheard a well known British Rocker (of the purist variety and known as The Rocketeer) express great thanks to one of the Men's File crew for introducing him to such "quality and detail" and then London based architect and tango dancer Alan Mitchell seemed a little depressed that he had never investigated Double RL and had somehow "missed out" on something interesting. These are two purists so Men's File seemed to judge their guests well.

There was a small exhibition of the photography of Matt Hind and Nick Clements on the top floor but the real action was in the courtyard where one of the world's leading Norton experts, George Cohen (Dr Norton) could be seen talking one of the coolest and most well known revival bikers in Paris, Mr Fred Norton. The writer of our favorite blog (REALLY!) the VINTAGENT, Paul d'Orleans was there as was Derek Harris from Lewis Leather and the crew from Ruby helmets - good guys too. Pierre and Philippe from the Rocker's Speed Shop arrived on a neatly trimmed Vincent and a Guzzi T3 with sidecar combination - closely followed by talented fashion photographer Patrick on an AJS single. If there was a highlight of this special evening it was from Mark Upham who bought four incredible Broughs all the way from Austria and we all wondered how Men's File managed that one (?). This is just the mood and a few names.

Yes, yes, there's a lot of names in this post but this was about names because names are people and this was a great gathering of people. All different, with different ideas and tastes but with something in common – a love of classic style (albeit motorcycles, clothing, design or whatever) and above all sharing that love in an elegant and sympathetic way. In the world of the old bike we don't all love each other. We disagree on style, purism and a load of other stuff but last Thursday we forgot all that and had a good time. 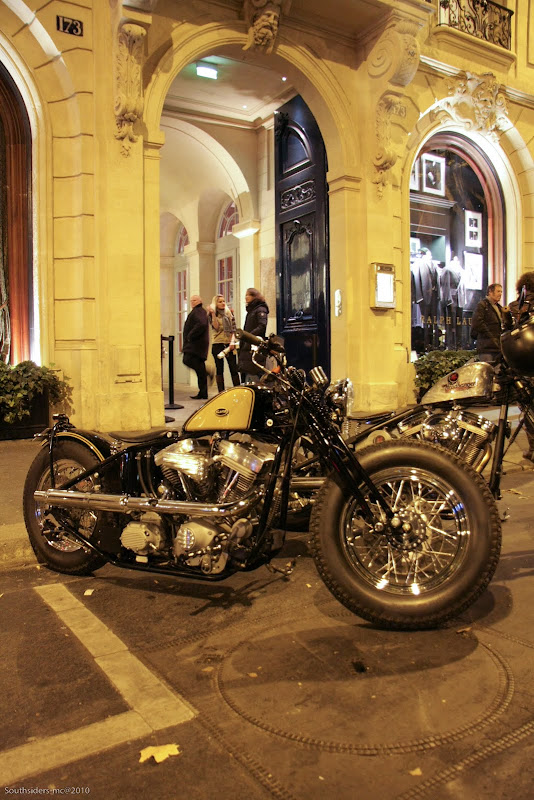 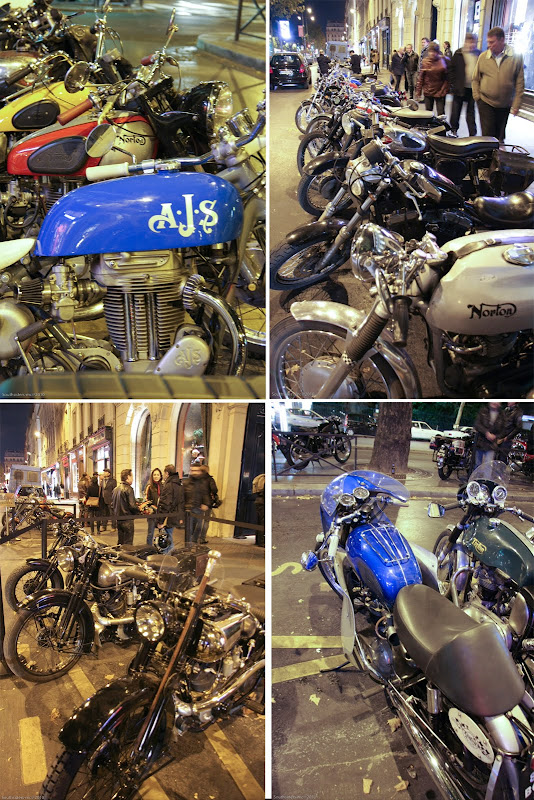 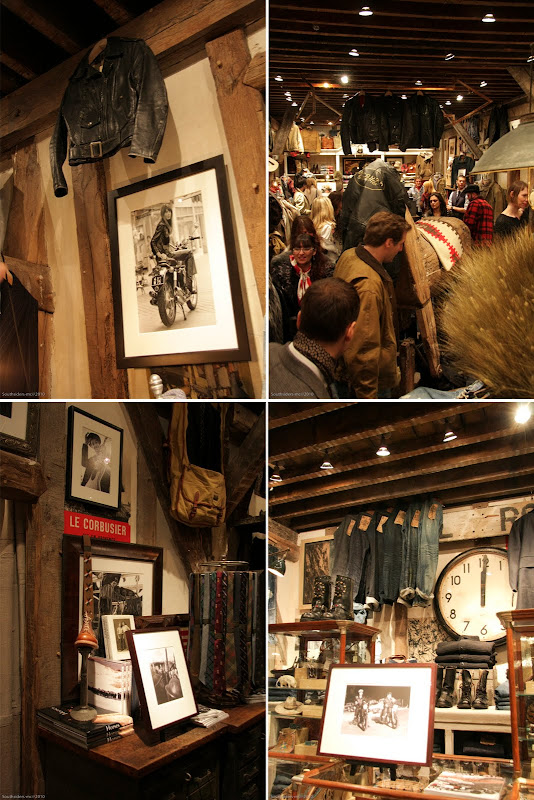 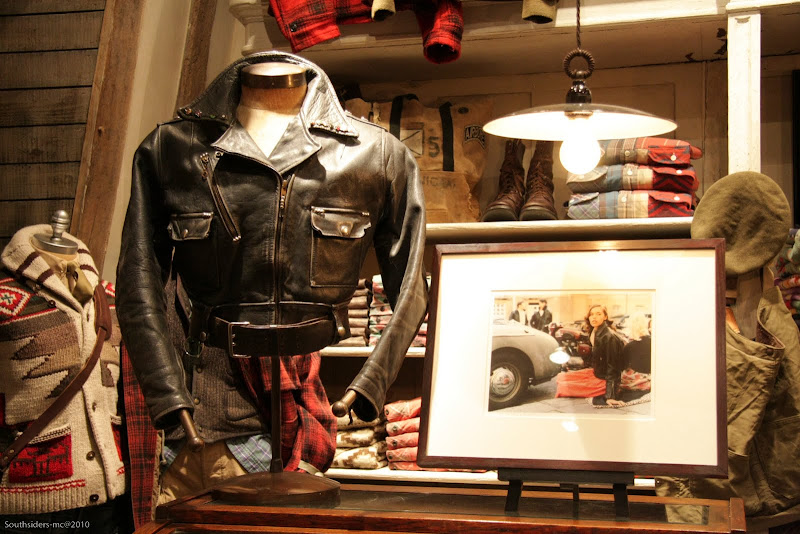 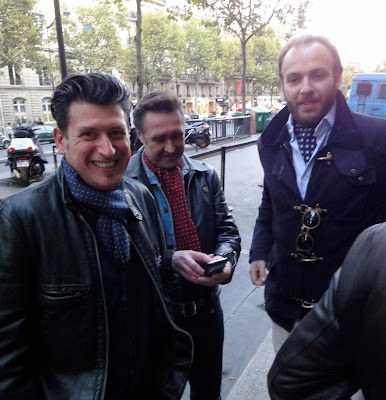 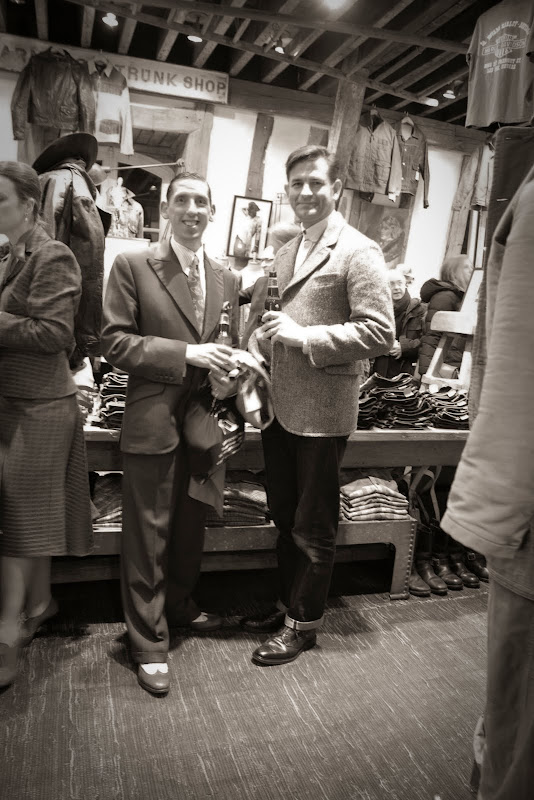 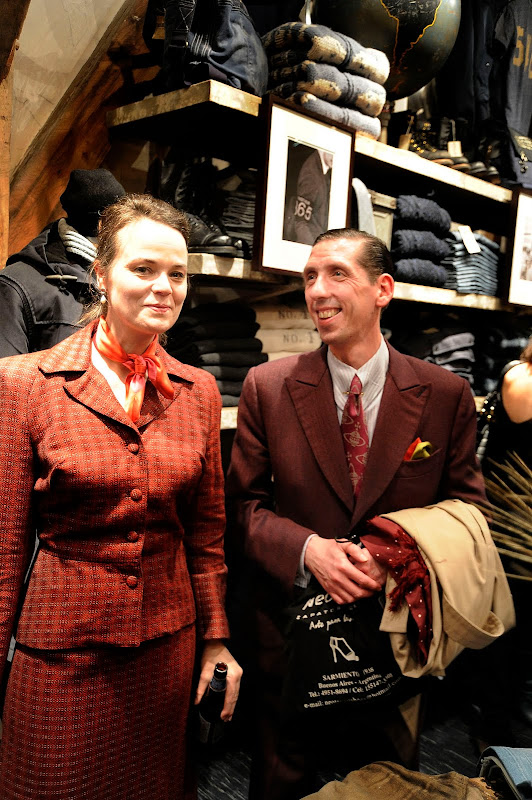 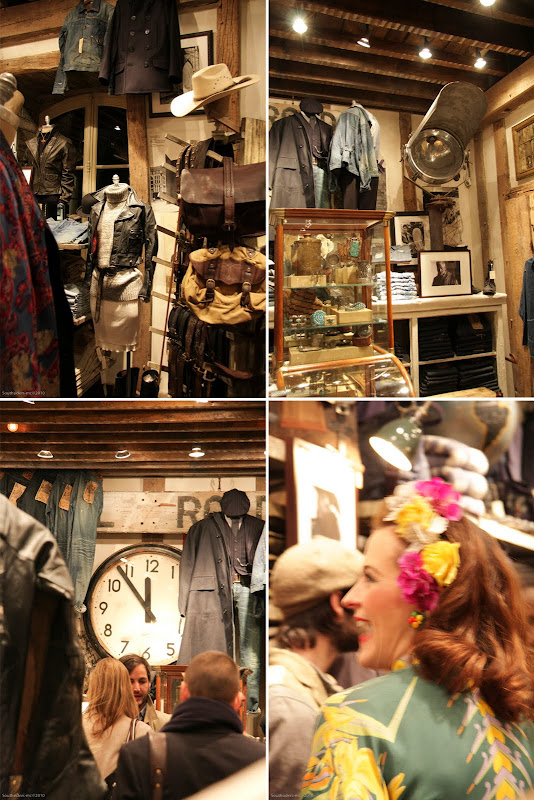 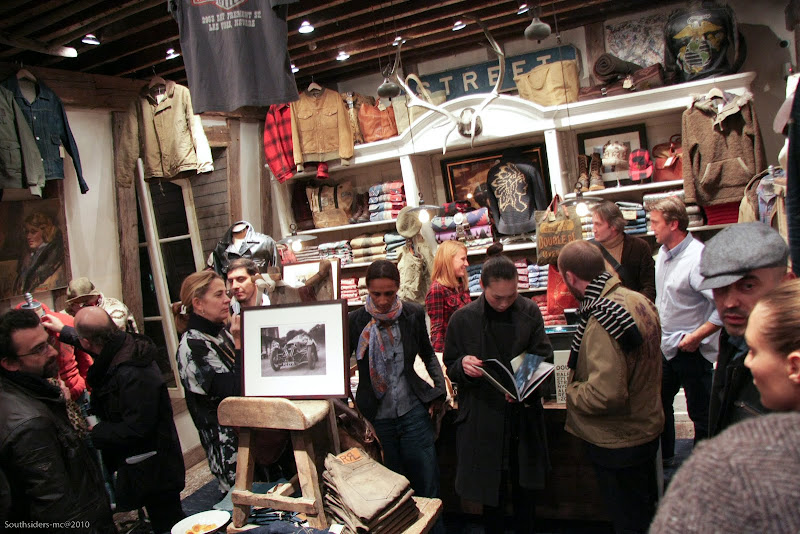 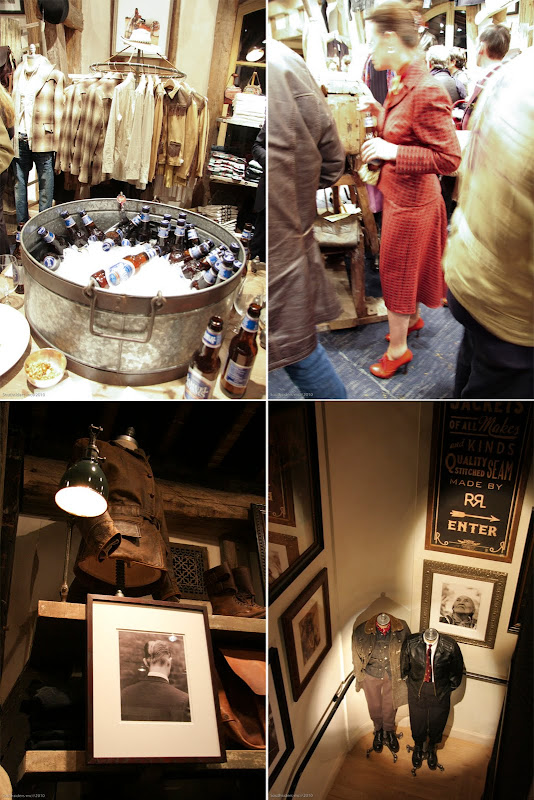 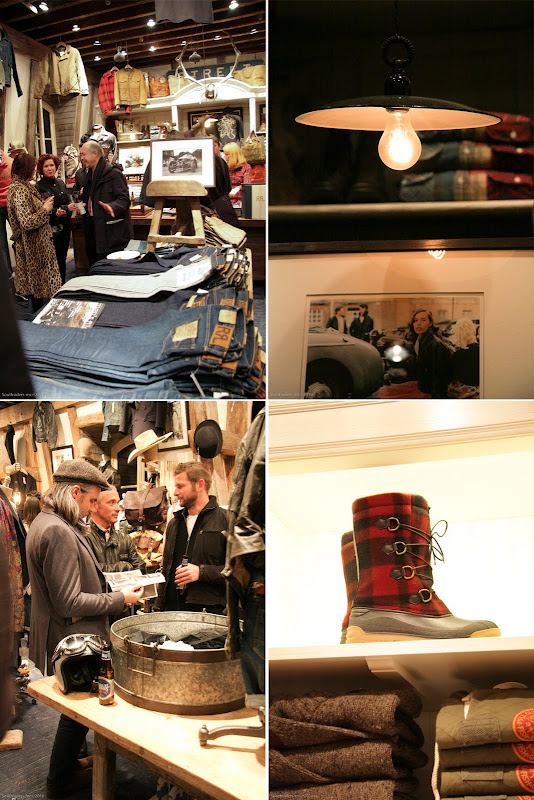 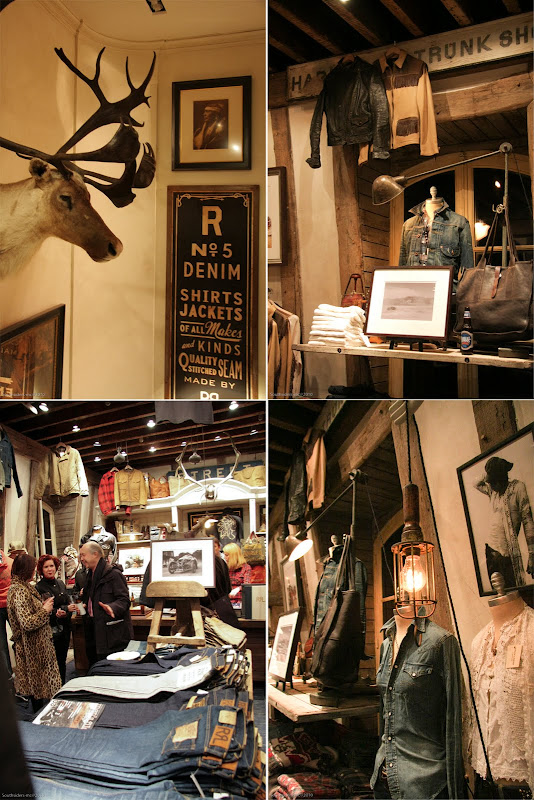 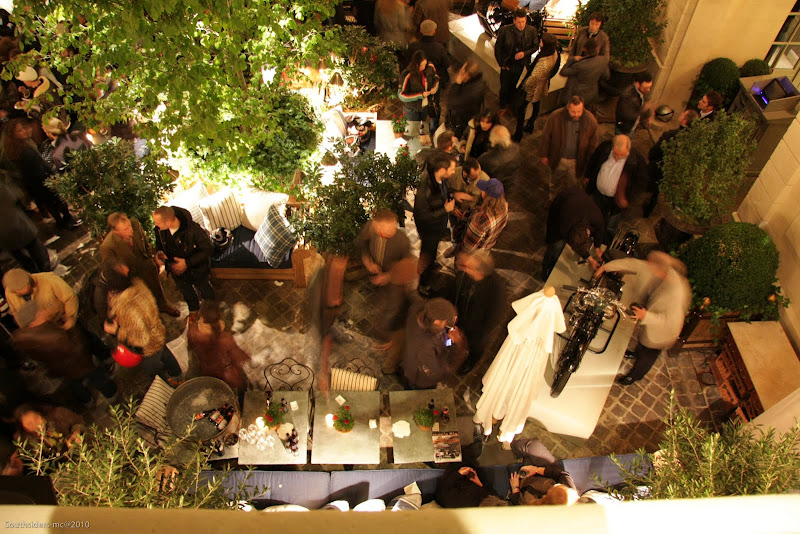 The SS100 Brough Superior on the right 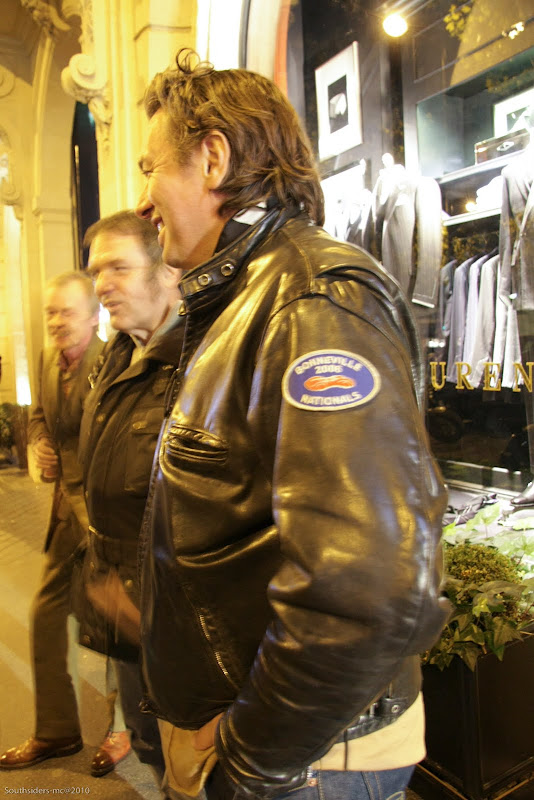 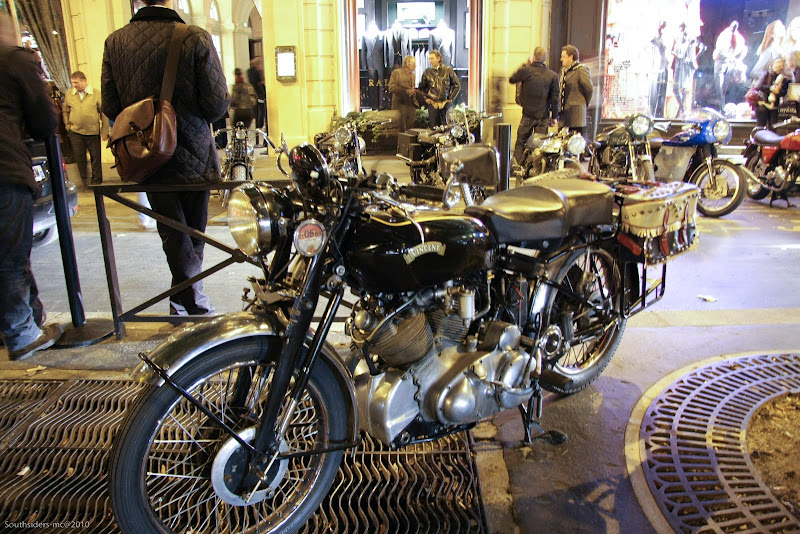 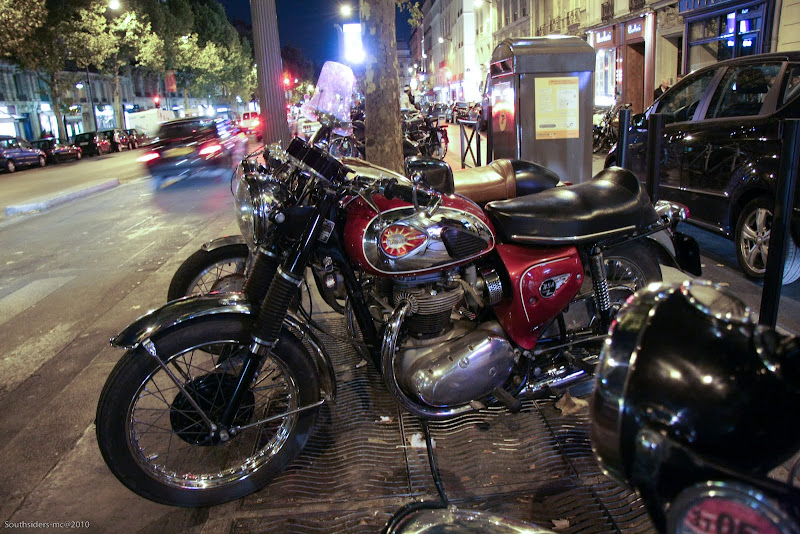 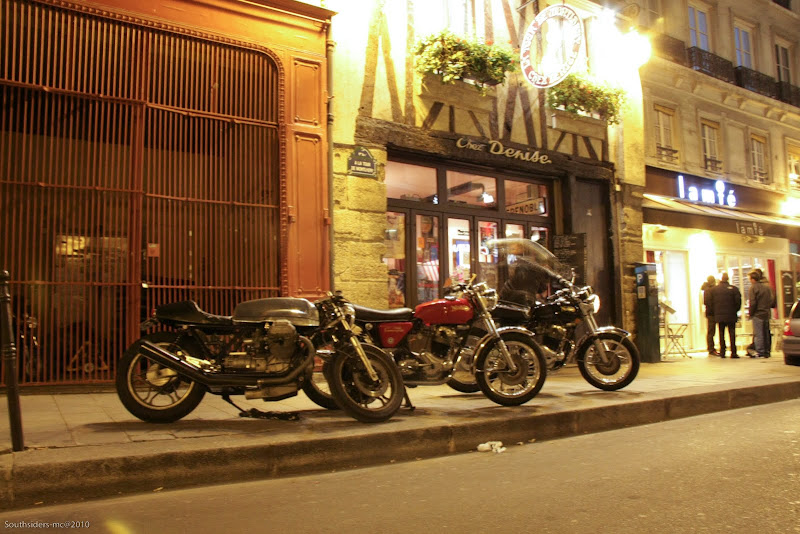