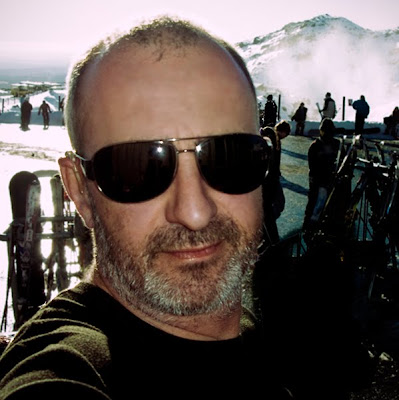 This is the ultra famous inventor of the ultimate & ultra simple Motorcycling blog format : "one bike per day". For our sixth "YFF", we welcome Chris Hunter, Australian based founder of Bike Exif. His blog bears the same type of addiction we had when as kids, we would collect images teared off TVmagazines. So here are the five choices of Mister One Hundred Thousand Machines. Thanks Chris

There are probably a hundred bikes I’d be happy to have in my garage. So how do I pick five? There’s no point including the CP Project Triton—most of you will know about that beauty already. There are some other famous bikes I haven’t included because they’ve reached saturation point on the internet: such as the Wrenchmonkees’ Honda CB750 ‘Gorilla Punch’, and the amazing 1949 Moto Major. What about a BMW? I have a seriously soft spot for the R-series twins, and also the art deco 1934 BMW R7—which gave Bike EXIF its first big traffic hit. But a German bike hasn’t made it into my Favorite 5. Which, in no particular order, is: 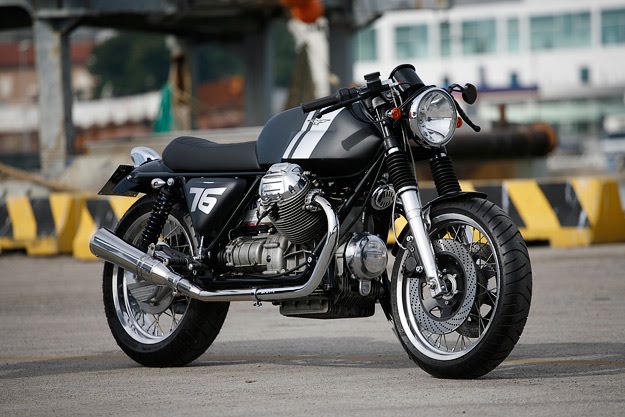 I’m addicted to the traditional V-twins from Mandello del Lario. I’ve no idea why. There’s just something about the proportions of that iconic engine, with heavily-finned cylinders sticking out into the wind. The problem is: which one do I choose? I’ve profiled several in the past, and I love them all. I have a V7 Classic in my garage as my daily rider, and one day, I hope to park it alongside a V7 Sport and an 850 T3.

But right now, the Guzzi that really scrambles my neurons is Filippo Barbacane’s latest café racer. For me, the Officine RossoPuro bike is even better than the machines from Ritmo Sereno in Japan. The stance is perfect, the retro touches are inspired, and the photography—by the multi-talented Filippo himself—shows off this retro-mod café racer to perfection. I’m lucky enough to live just half an hour down the road from Deus’ headquarters in Sydney, Australia. So I occasionally ride over on a Sunday morning for a coffee in the excellent café. The real purpose of the visit, though, is to look at the two long rows of bikes inside the showroom. (If there’s such a thing as a motorcycling Aladdin’s cave, this is it.)

My favorite Deus bike from the past couple of years has been this 1200 V-Twin. It’s the bike Harley should be building now, and along with the creations of Richard Pollock and Grand National, it’s one of the few contemporary Milwaukee machines that I like. 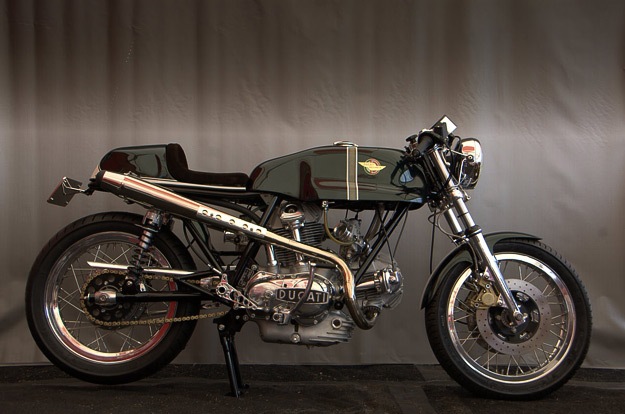 I’m curiously immune to most modern Ducatis: I don’t break out in a sweat when a 916 passes by, and I’d rather ride a Hyosung than a Monster. But the old bevel Ducatis have poise and glamor by the bucketful. And this 750 Sport is nothing short of jaw-dropping. It’s a bike that took a long time to build, and even longer to meet owner Mike Cecchini’s discerning standards. But there’s probably no better example of this model in the world today. 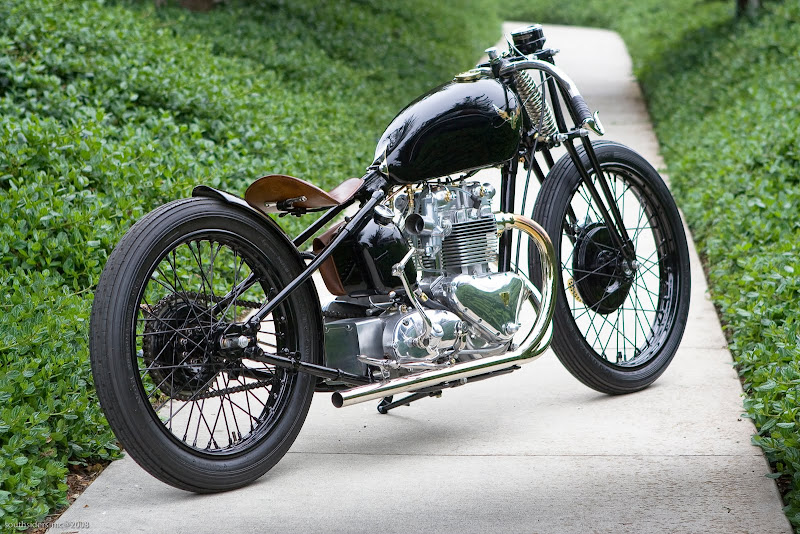 It’s hard to go wrong if you’re restoring classic British iron from the likes of BSA, Norton or Triumph. But it’s also a well-worn path, and hard to add something new. Which is why I’m a fan of LA-based Falcon Motorcycles. Run by Ian Barry and his partner Amaryllis Knight, Falcon has the ability to turn familiar classics into something very different, yet respectful of the past.

The Bullet is the board-track-inspired racer that made Falcon’s name back in 2008. It started life as a pre-unit post-war Triumph Thunderbird, took over 800 hours to fabricate, and oozes class, craftmanship and style. The word is that new Falcon motorcycles are to be unveiled soon—and I can’t wait to see them. 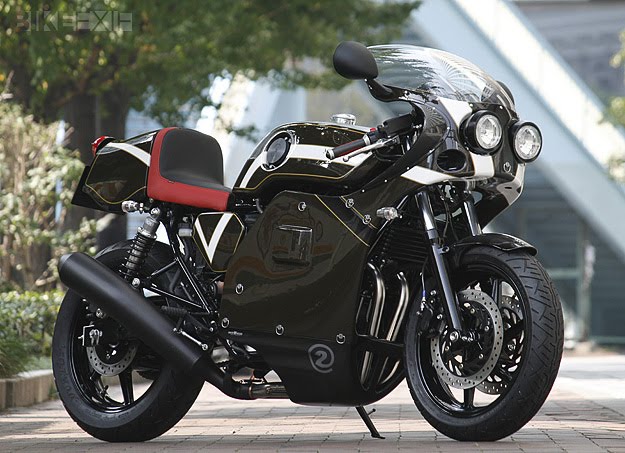 Japan is a treasure trove of classic motorcycle restoration. It’s just so frustrating that the language barrier puts many of the best practitioners out of reach. And not all Japanese customs are cartoon choppers with ape bars, flame jobs and peanut tanks: there’s a thriving scene devoted to resurrecting and improving the local superbikes from the 80s and 90s. The premier league of Japanese shops—Heiwa, Berry Bads and Ritmo Sereno are three of my favorites—seem to turn out stunning machines by the week.

The motorcycle that makes my knees weakest, however, is this Honda CB750 from Whitehouse. They’re one of the largest and best-known Japanese custom shops, and the ‘Type Motorimoda’ is a limited edition created in conjunction with a Tokyo style store. There’s not a single thing about this brawny, jolie laide motorcycle that I don’t like. But it’s so perfect, I’d be afraid to ride it.

Great choice Chris, especially the Ducati which I'm absolutely in love with...