Marc Baier is 40 years old and lives in Zurich in Switzerland. He has a small company of metallurgy and carpentry.
His hobbies are the restoration and transformation of all motorcycles.
He bought this Harley Davidson 6 years ago, in a pitiful state. It was driving but after his first trip to the south of France, the gearbox gave up the ghost. 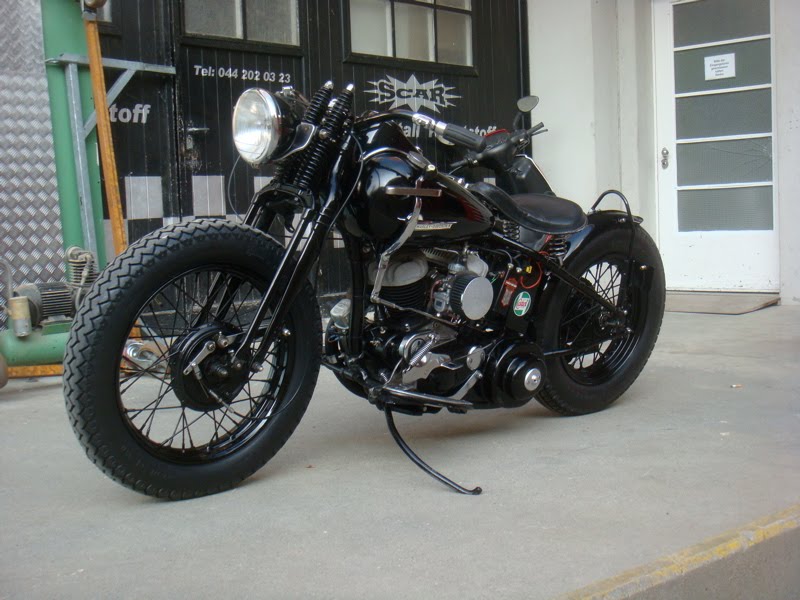 Then in 2004, he completely dismantled the bike and went back to his taste. Marc is a Bobber addict for the period after the 2nd World War.
The WLA was a model of Harley-Davidson motorcycle that was produced to US Army specifications in the years during and around World War II. It was based on an existing civilian model, the WL, and is of the 45 solo type, so called due to its 45 cubic inches (740 cc) engine and single-rider design. The same engine, in a slightly lower state of tune, also powered the three-wheeled Servi-Car (the "G" family), leading to the "solo" distinction. 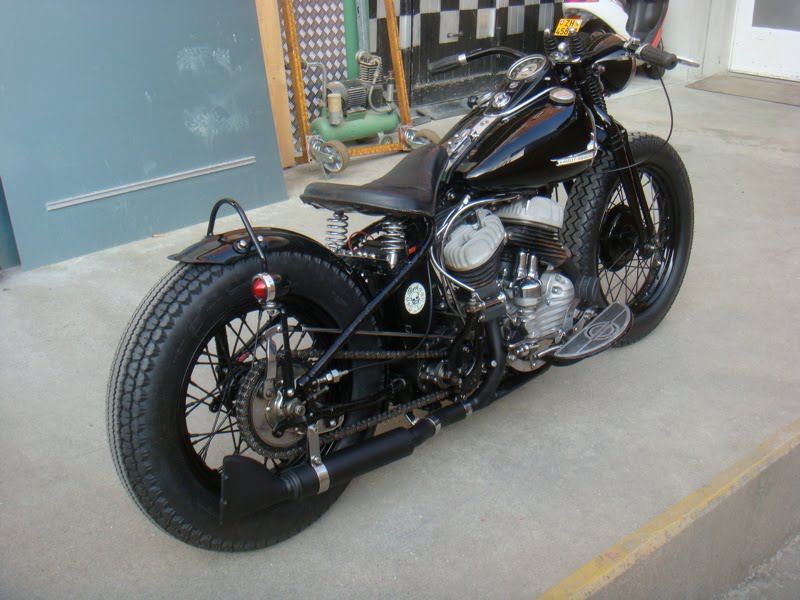 Such a Harley-Davidson WLA in 1942, she was imported in 1961 in the original condition. The engine is one of a servicar he purchased 4 years ago. He's doing everything all alone on his bike and ride it every day. 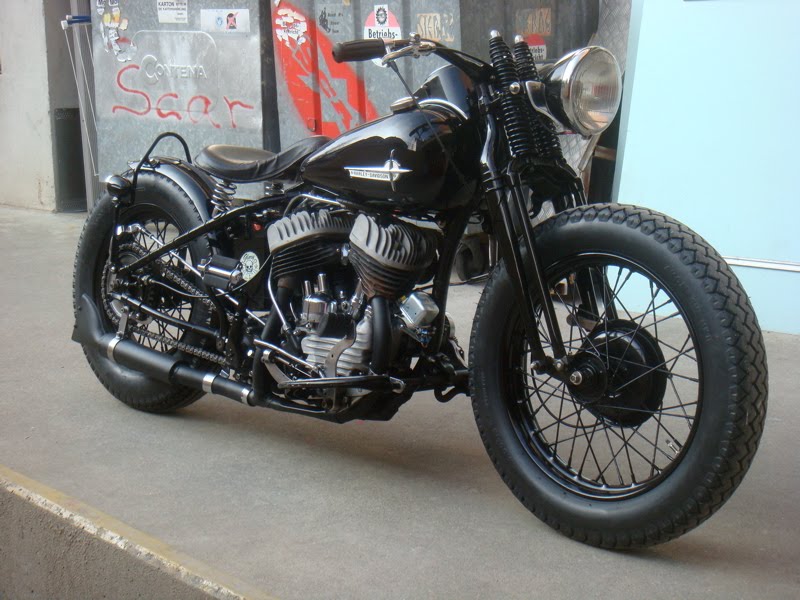 "In this moment it is like decorating the shop for clothes for my girlfriend, who is specialized in selling everything from clothes and accessories from 1930 to 1960. (Dardy Candy Vintage Cat in Zürich)."

Marc thank you for your story and pictures and hope to see you again one day in the south of France.