My friend Gilles from Biarritz just send me these few pictures he took during his last trip to Scotland at the National Museum of Scotland.
I take the occasion to make a brief post on a couple of Scottish stars never forgotten.

Jackie Stewart
Sir John Young "Jackie" Stewart, OBE (born 11 June, 1939 in Milton, West Dunbartonshire), better known as Jackie, and nicknamed The Flying Scot, is a Scottish former racing driver. He competed in Formula One between 1965 and 1973, winning three World Drivers' Championships. He also competed in Can-Am. He is well-known in the United States as a color commentator of racing television broadcasts, and as a spokesman for Ford, where his Scottish accent made him a distinctive presence. Between 1997 and 1999, in partnership with his son, Paul, he was team principal of the Stewart Grand Prix Formula One racing team. 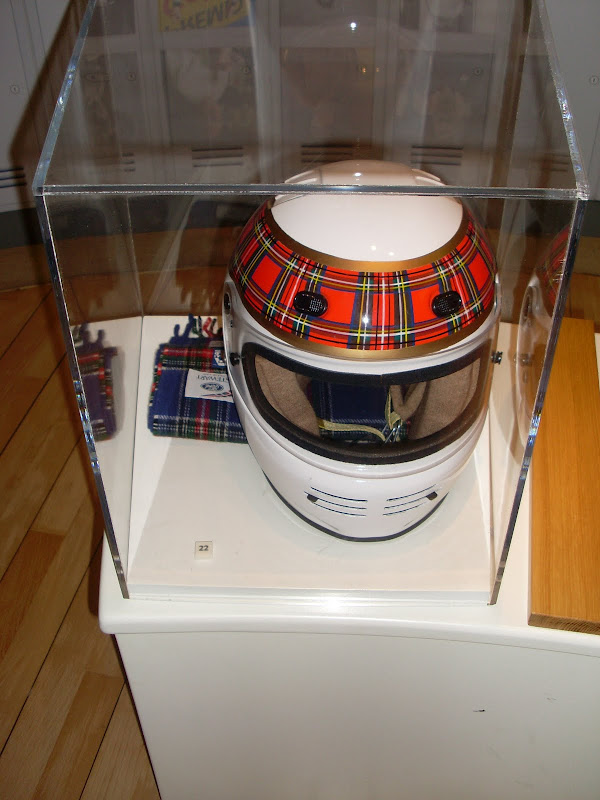 The Tyrell P34
otherwise known as the 'six-wheeler,' was a Formula One race car designed by Derek Gardner, Tyrrell's chief designer, as a response to new regulations due to come into force in 1976. The car used specially manufactured 10-inch diameter wheels and tyres at the front with two ordinary sized wheels at the back. The idea of the smaller front tyres was to increase air penetration and have a smaller 'frontal area' which would reduce drag.
However, smaller diameter tyres would have resulted in a loss of contact area between the rubber and the tarmac surface of the track and hence poorer mechanical grip for cornering. To remedy this, the P34 was given four 10-inch front wheels. Thanks to a complex suspension design, all four front wheels could be steered. 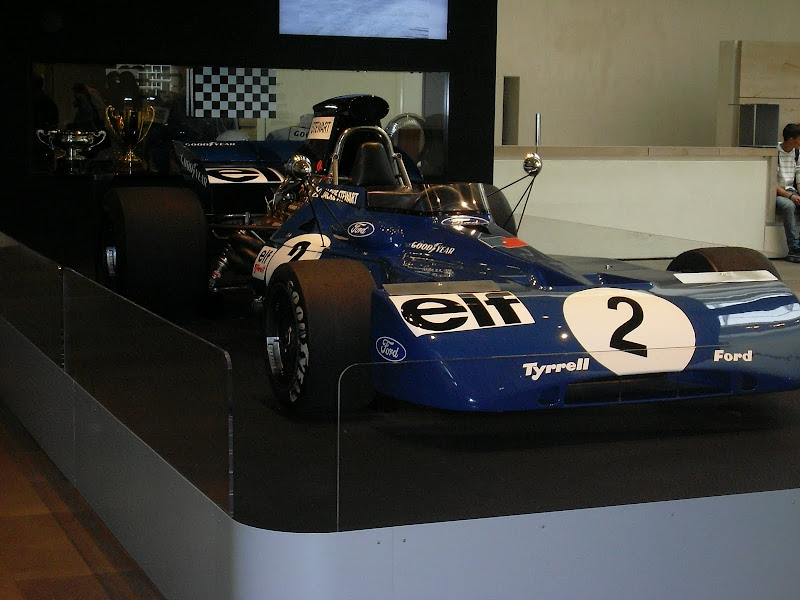 Jim Clark
James "Jim" (or "Jimmy") Clark, Jr. OBE (4 March 1936 – 7 April 1968) was a British Formula One racing driver from Scotland.
He was the dominant driver of his era, winning two World Championships, in 1963 and 1965. At the time of his death, he had won more Grand Prix races (25) and achieved more Grand Prix pole positions (33) than any other driver. He also competed in the Indianapolis 500 five times, and won it once, in 1965.
The Times recently placed Clark at the top of a list of the greatest Formula One drivers. 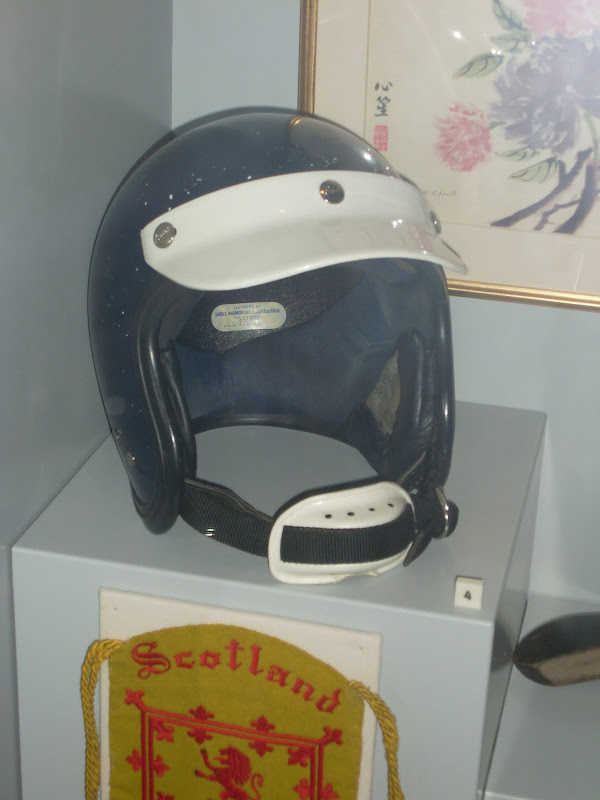 Bob McIntyre
Robert MacGregor McIntyre (28 November 1928 Scotstoun, Glasgow - 15 August 1962) was a Scottish motorcycle racer famous for five motorcycle Grand Prix wins which included three wins at the Isle of Man TT Races, and four victories in the North West 200. McIntyre died nine days after injuries sustained racing at Oulton Park, Cheshire in August 1962.
He entered competition in 1948 on his only transport, an Ariel Red Hunter, and was soon competing in off-road scrambles. After a few seasons he began road racing, but the roads were not always well surfaced. Bob rode a BSA at Balado Airfield near Kinross. The concrete track had patches of loose gravel, and Bob won three of the four races he entered. 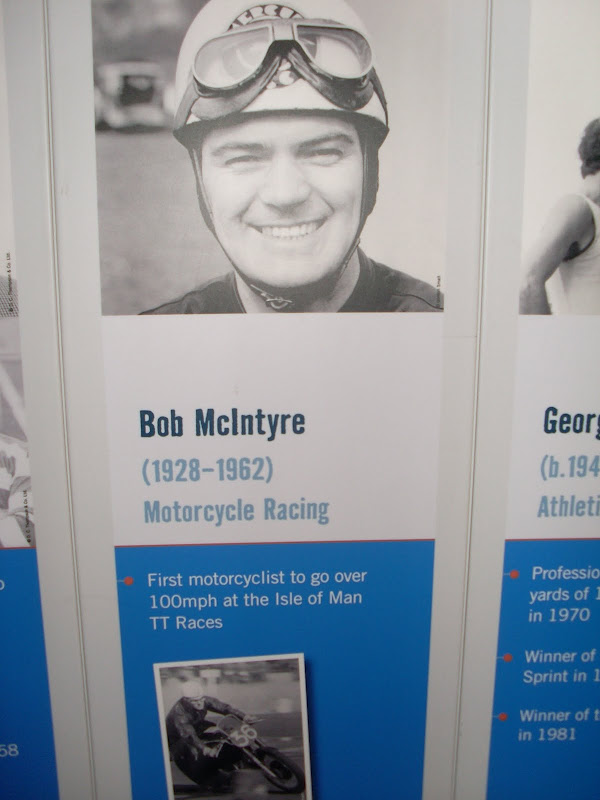 ... And Dolly
Dolly (5 July 1996 – 14 February 2003) was a female domestic sheep remarkable in being the first mammal to be cloned from an adult somatic cell, using the process of nuclear transfer. She was cloned by Ian Wilmut, Keith Campbell and colleagues at the Roslin Institute near Edinburgh in Scotland. She was born on 5 July 1996 and she lived until the age of six.[3] She has been called "the world's most famous sheep" by sources including BBC News and Scientific American. 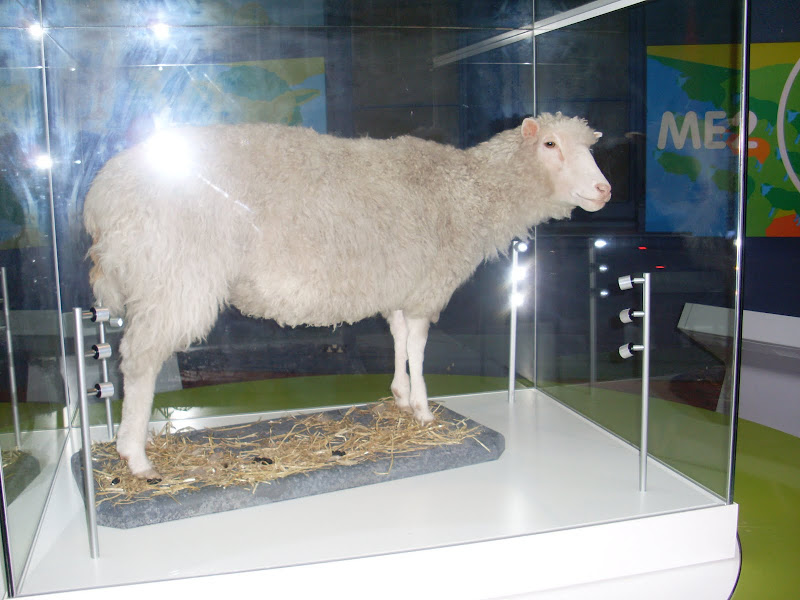 Gilles Asenjo is the President of Surfrider Foundation Europe