Royal Enfield was the name under which the Enfield Cycle Company (a division of the British arms-making company Royal Small Arms Factory in Enfield Lock), made motorcycles, bicycles, lawnmowers and stationary engines. This legacy of weapons manufacture is reflected in the logo, a cannon, and their motto "Made like a gun, goes like a bullet". Use of the brand name Royal Enfield was licensed by the Crown in 1890. The original Redditch, Worcestershire based company was sold to E. & H. P. Smith in 1963 and then to Norton-Triumph-Villiers (NVT). Production ceased in 1970 and the company was dissolved in 1971.
In 1955 Enfield of India started assembling Bullet motorcycles under licence from UK components, and by 1962 were manufacturing complete bikes. Enfield of India bought the rights to use the Royal Enfield name in 1995. Royal Enfield production, based in Chennai, continues and Royal Enfield is now the oldest motorcycle company in the world still in production with the Bullet model enjoying the longest motorcycle production run of all time. 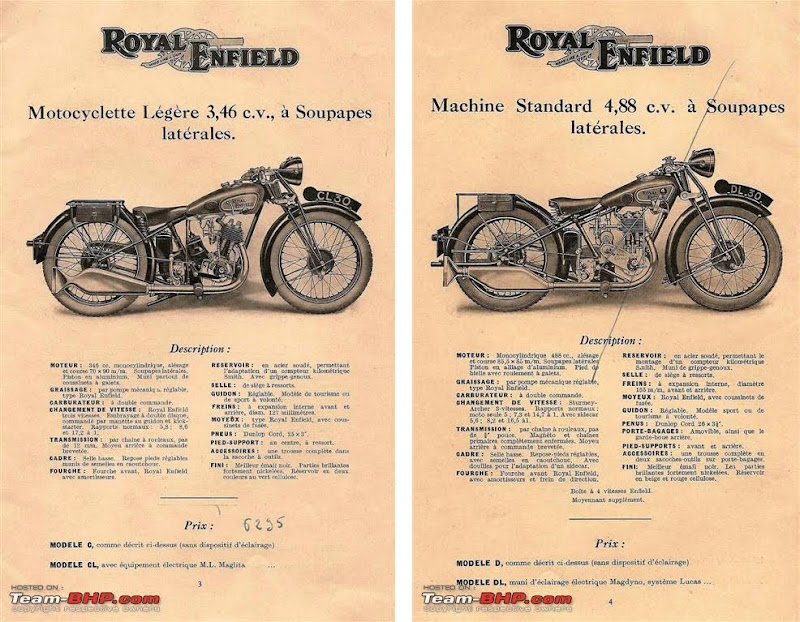 In 1893, the Enfield Manufacturing Company Ltd was registered to manufacture bicycles. By 1899, Enfield were producing quadricycles with De Dion engines and experimenting with a heavy bicycle frame fitted with a Minerva engine clamped to the front downtube. In 1912, the Royal Enfield Model 180 sidecar combination was introduced with a 770 cc V-twin JAP engine which was raced successfully in the Isle of Man TT and at Brooklands.
In 1911, prior to the outbreak of the First World War in 1914, the company added Royal word with its name and became royal enfield. Royal Enfield supplied large numbers of motorcycles to the British War Department and also won a motorcycle contract for the Imperial Russian Government. Enfield used its own 225 cc two-stroke single and 425 cc V-twin engines. They also produced an 8hp motorcycle sidecar model fitted with a Vickers machine gun. 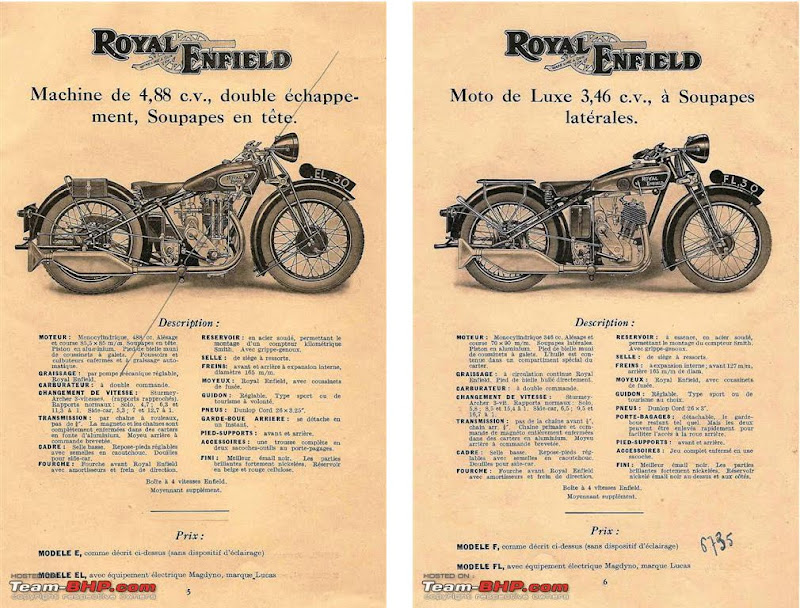 In 1921, Enfield developed a new 976 cc twin, and in 1924 launched the first Enfield four-stroke 350 cc single using a JAP engine. In 1928, Royal Enfield began using the bulbous 'saddle' tanks and centre-spring girder front forks, one of the first companies to do so. Even though it was trading at a loss in the depression years of the 1930s, the company was able to rely on reserves to keep going. In 1931, Albert Eddie, one of the founders of the company, died and his partner R.W. Smith died soon afterwards in 1933.
During World War II, The Enfield Cycle Company was called upon by the British authorities to develop and manufacture military motorcycles. The models produced for the military were the WD/C 350 cc sidevalve, WD/CO 350 cc OHV, WD/D 250 cc SV, WD/G 350 cc OHV and WD/L 570 cc SV. One of the most well-known Enfields was the Royal Enfield WD/RE, known as the Flying Flea, a lightweight 125 cc motorcycle designed to be dropped by parachute with airborne troops. 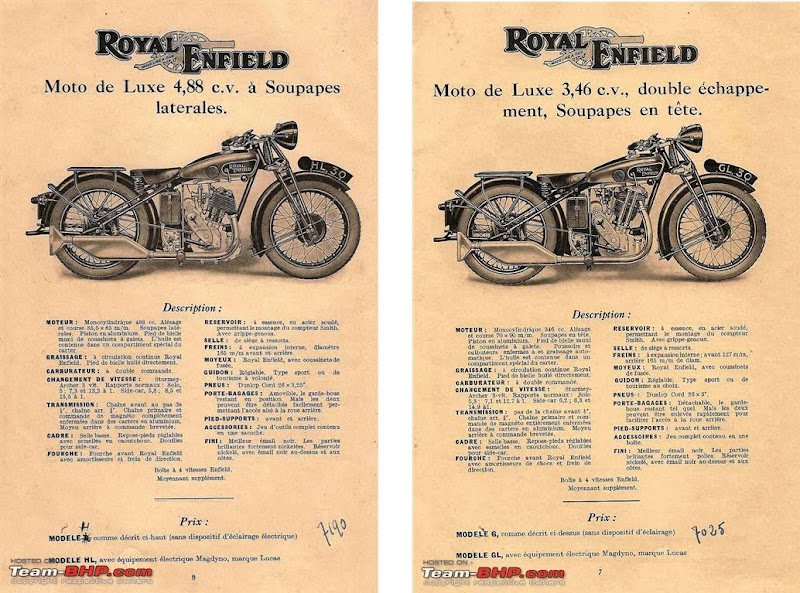 In the late 1950s and early 1960s, Royal Enfield produced a number of 250 cc machines. The biggest-selling of these was the Royal Enfield Crusader, a 248 cc pushrod OHV single producing 18 bhp (13 kW). In 1965, a 21 bhp (16 kW) variant called the GT Continental, with GRP tank, five-speed gearbox (which was also an option on the Crusader), clip-on handlebars and rearset footrests, was launched. It sold well with its "cafe racer" looks. Other variants were the 250 "Turbo Twin", fitted with the Villiers 247 twin two-stroke engine. An oddity was the 250 Clipper, mainly notable for its use of trailing-link front suspension (all the other 250 models had conventional telescopic forks). 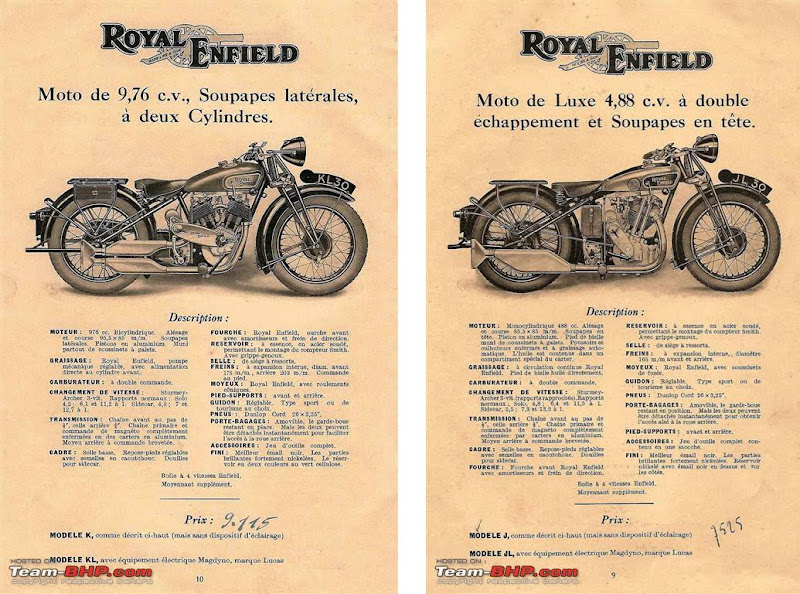 During the onslaught of the Japanese motorcycle manufacturers in the late sixties and early seventies, the English factories made a final attempt with the 1962–1968 series I and Series II. Made largely for the US market, it sported lots of chrome and strong performance, completing the quarter mile in less than 13 seconds at speeds well above 175 km/h (105 mph). It became very popular in the US, but the classic mistake of not being able to supply this demand added to the demise of this last English-made Royal Enfield. 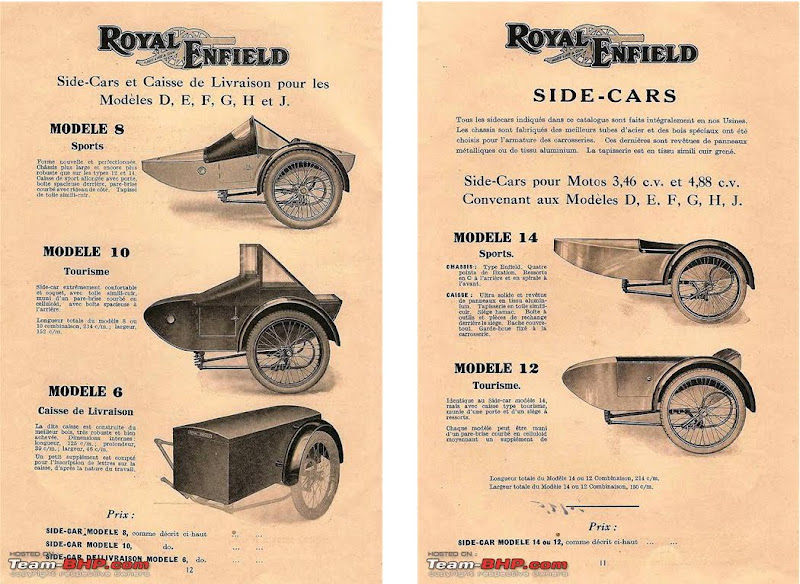 The Redditch factory ceased production in 1967 and the Bradford-on-Avon factory closed in 1970, which meant the end of the British Royal Enfield. After the factory closed a little over two hundred Series II Interceptor engines were stranded at the dock in 1970. These engines had been on their way to Floyd Clymer in the US, who unfortunately had just died. His export agents, Mitchell's of Birmingham, were left to dispose of them. They approached the Rickman brothers for a frame. The main problem of the Rickman brothers had always been engine supplies, so a limited run of Rickman Interceptors were promptly built. 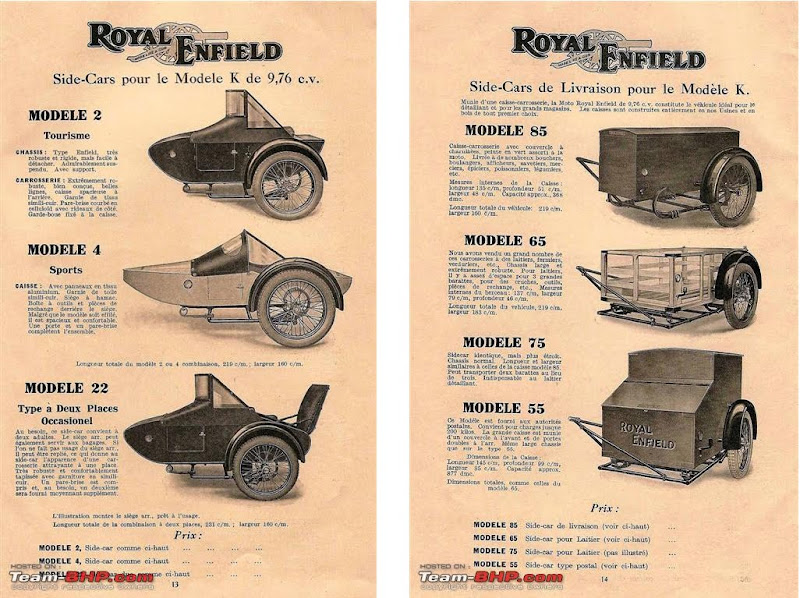 As far as the motorcycle brand goes, though, it would appear that Royal Enfield is the only motorcycle brand to span three centuries, and still going, with continuous production. A few of the original Redditch factory buildings remain (2009) and are part of the Enfield Industrial Estate.