Legtrailer Art : Through the medium of his painting he wishes to take us back to a time when the crowds were huge, the dirt was deep and speedway riders used a style known as legtrailing. 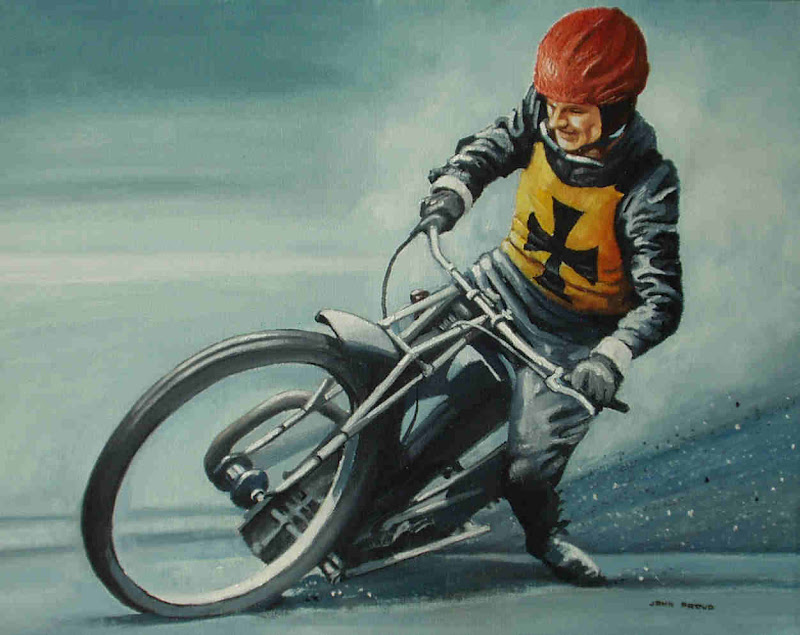 Tom Farndon was a Speedway rider who won the Star Riders' Championship in 1933 whilst with the Crystal Palace Glaziers.
He started his career with Coventry, initially at the Lythalls Lane track and later with the club based at Brandon Stadium, before a spell with the Crystal Palace Glaziers. He moved to New Cross Rangers with Palace promoter Fred Mockford in 1934. Farndon was the British Individual Match Race Champion and was undefeated from 1934 until his death in 1935. 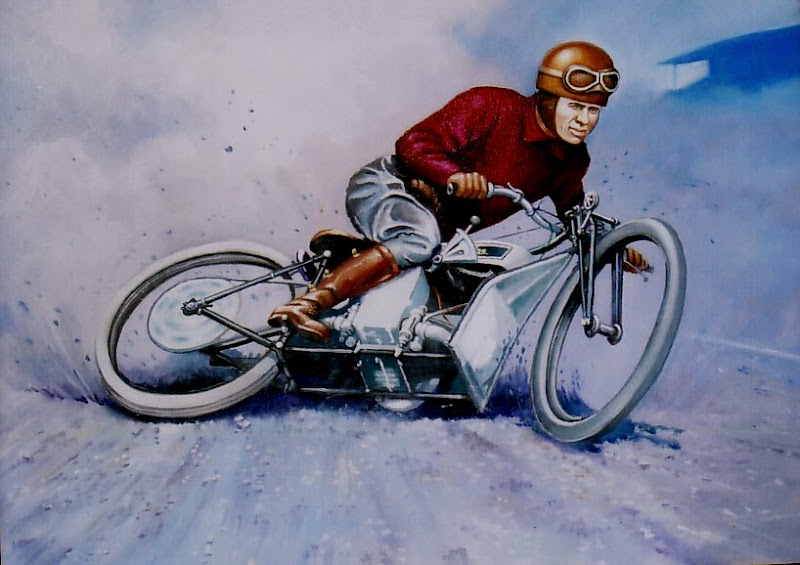 Sprouts Elder was one of speedway's pioneers and featured in the first Star Riders' Championship, the forerunner to the Speedway World Championship in 1929.He was beaten in the semi final of the 'overseas' section by Vic Huxley. He also rode for the West Ham Hammers. In 1931 he rode for the Southampton Saints.
Elder was also a pioneer of speedway racing in the USA. He was a champion rider at home and abroad during the 1920s and early 1930s. Elder helped organize speedway racing on the east and west coasts of America and later became an AMA referee and a member of the competition committee.
Elder learned to race racing on some of the last surviving board track racing circuits during the 1920s. In the late 1920s Elder really began to make a name for himself by racing overseas. 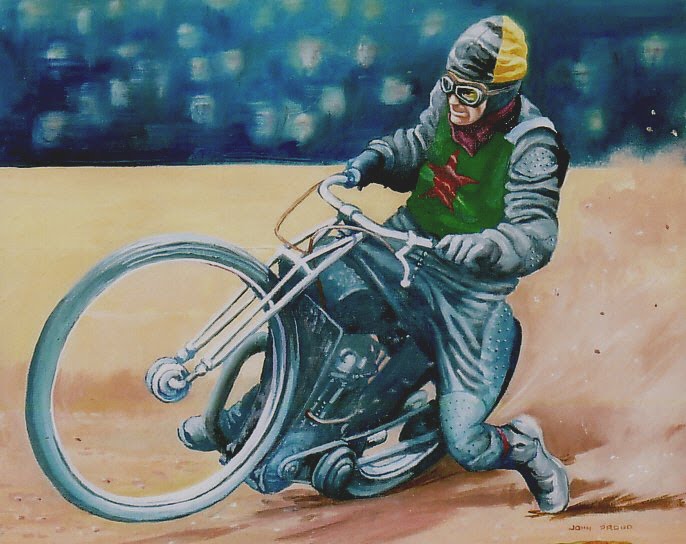 George Newton is a former international speedway rider who featured in the first Speedway World Championship in final in 1936.
Newton started his career with the Crystal Palace Glaziers in 1932 and stayed with the promotion when they moved to New Cross in 1934. He made his England debut in 1936 and qualified for the World final, his first of three. At the end of the 1938 season Newton retired due to illness, but not before helping New Cross to the National League championship. 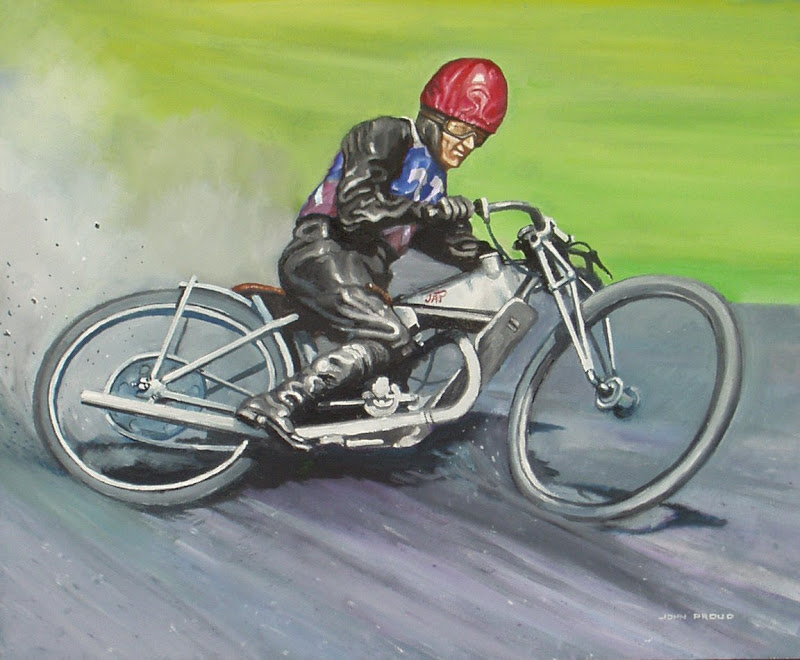 Arther George "Bluey" Wilkinson was an international speedway rider.
He rode in the UK for the West Ham Hammers from 1929 to 1939. 1935 saw Bluey win the Australian Championship, winning it again in 1938, both the three lap and four lap titles. He also finished third in the Star Riders' Championship, the forerunner to the Speedway World Championship in 1933.
In 1937 He won the League Championship with the Hammers and won the ACU Cup the following year. However the pinnacle of his career was becoming World Champion in 1938 after finishing third in the inaugural competition in 1936.