2010 celebrates 200 years of the Peugeot brand founded in 1810 by brothers Jean-Pierre and Jean-Frederic Peugeot in Montbéliard.
In 1890 Armand launches the first petroleum engined quadricycle and founded the "Automobile Peugeot frères "company.
From 1902 Norton Motorcycles used Peugeot engines for their models and in 1907 Norton won the TT with V Twin engine. 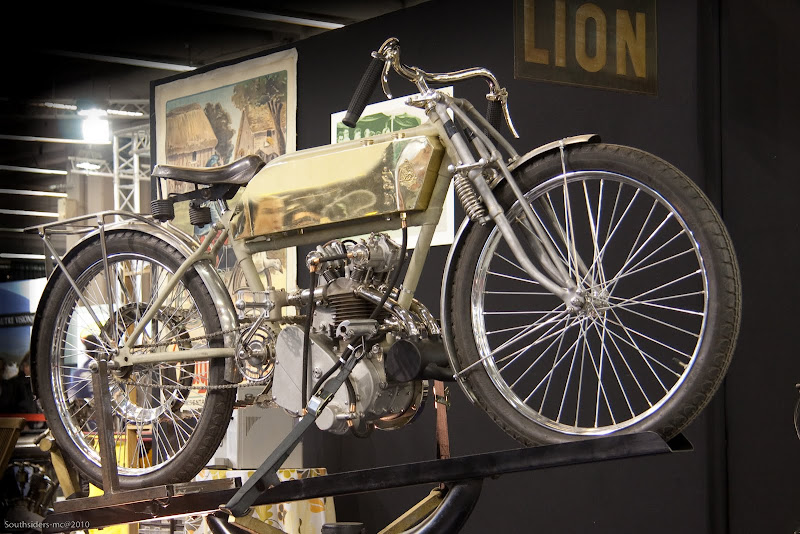 This year, Retromobile in Paris offered a retrospective of cars and motorcycles, including some very rare models, even as the single model (replica) we'll show you. 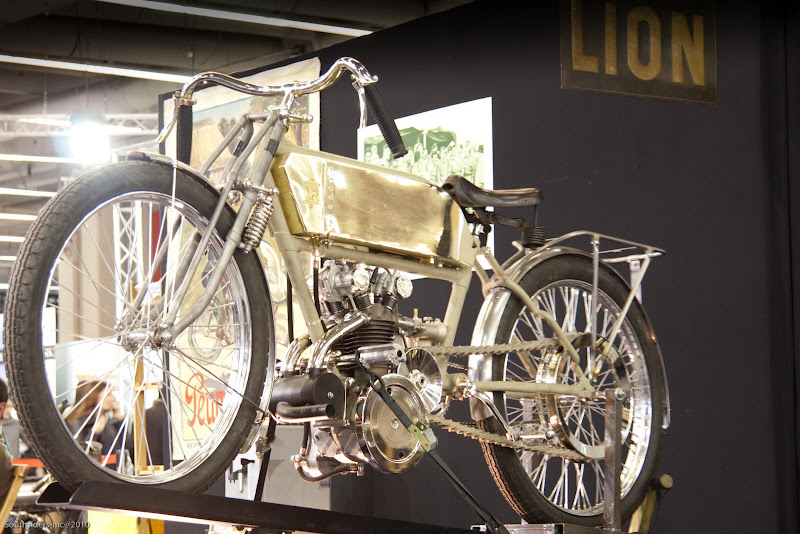 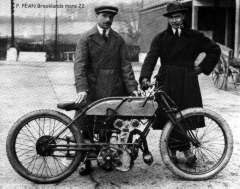 This model a 500M "Henry", designed by engineer Ernest Henry is the best racing engine ever built before 1914: the 500cc twin-cylinders double overhead camshaft and eight valves timing by gears train, while highly modern technically the secondary transmission was still by belt and single-speed without clutch. 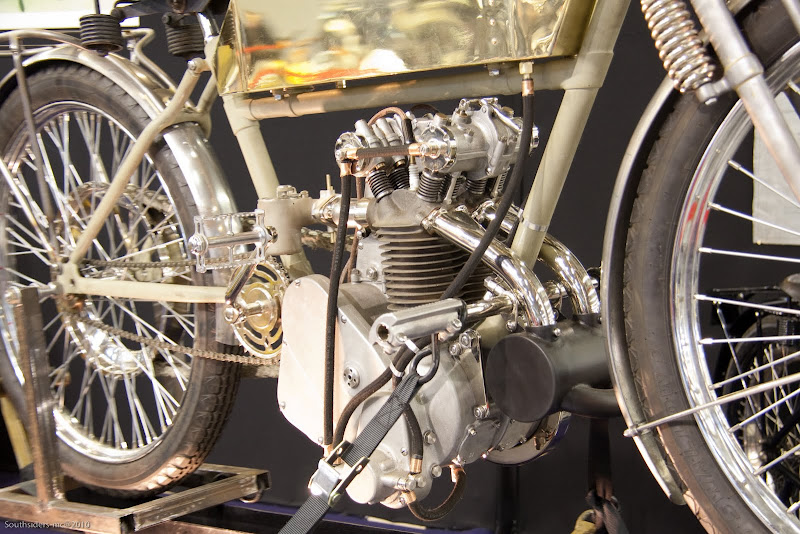 The official driver Paul Pean beat the lauched record of km and mile at 122.449 kilometers per hour. After the first war they will still be used with a 3 speed gearbox and a secondary chain and won more race victories. 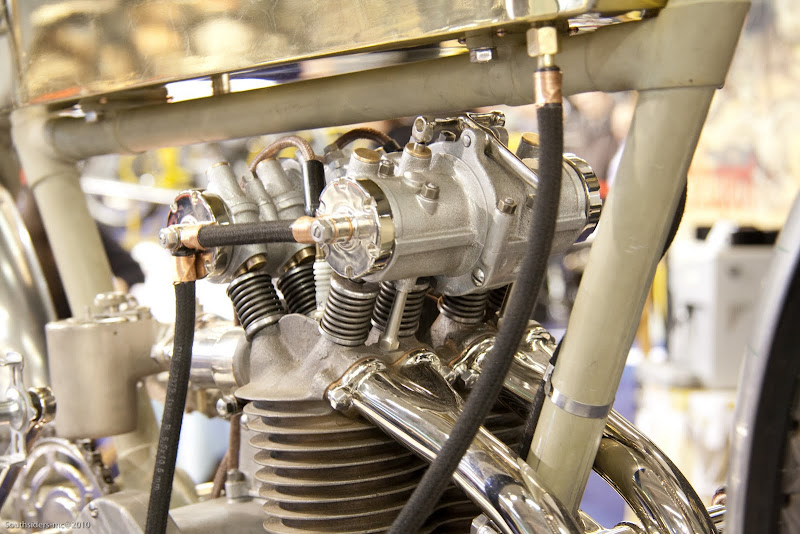 This is a reconstruction who began 11 years ago carried out according to faithful plans in every detail.

Thanks To Bernard Salvat and "le Club du Motocyclettiste"for their warm welcome.


The SJ series Jeep Cherokee was a full-size SUV produced from 1974 through 1983 by the Jeep division of the American Motors Corporation (AMC). It was similar to the Wagoneer that was originally designed by Brooks Stevens in 1963.
The Cherokee was a redesigned reintroduction of a two door body style, with a single fixed rear side window with an optional flip-out section. Previously, a two door version had been available in the Jeep Wagoneer line (1963–67), although this had the same pillar and window configuration as the four-door Wagoneer. 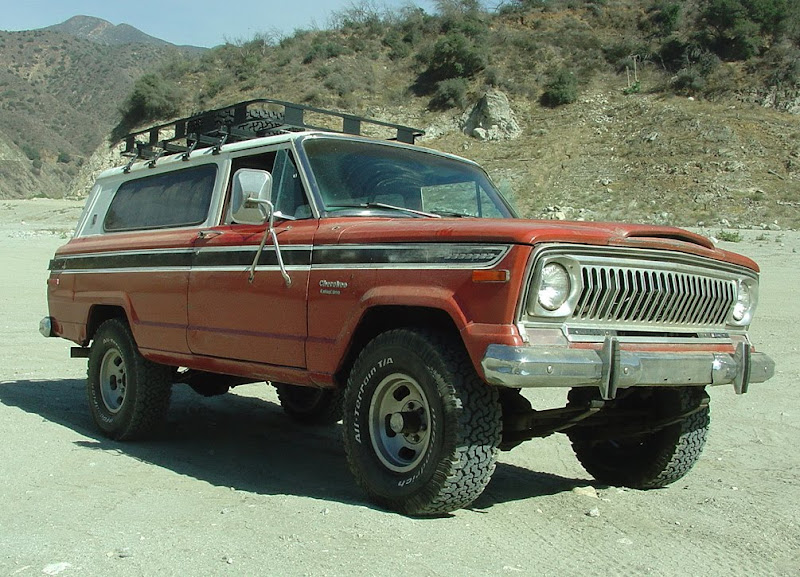 Based on the Wagoneer, the Cherokee was marketed as the "sporty" two-door variant of Jeep's station wagon. A four-door was not added to the lineup until 1977. Other than the base model, the trim levels of the Cherokee included the S (Sport), Chief, Golden Eagle, Limited, Classic, Sport, Pioneer, and Laredo.
Engine choices consisted of AMC I6 or V8 powerplants. When it was equipped with the powerful 401 cu in (6.6 L) AMC V8 engine, it would out-run just about any other 4x4 in its class, and, with 3.07:1 highway gearing, could reach speeds in excess of 100-mile-per-hour (161 km/h) (early models had 120 mph speedometers). A range of AMC engines were offered: the 258 cu in (4.2 L) inline six-cylinder, a 360 cu in (5.9 L) V8 with two-barrel carburetor, a four-barrel 360, or the 401 cu in (6.6 L) V8. The durable 401 had a forged crankshaft and forged connecting rods, as well as the high nickel content block of the other AMC V8s. The 401 was discontinued at the end of 1978. 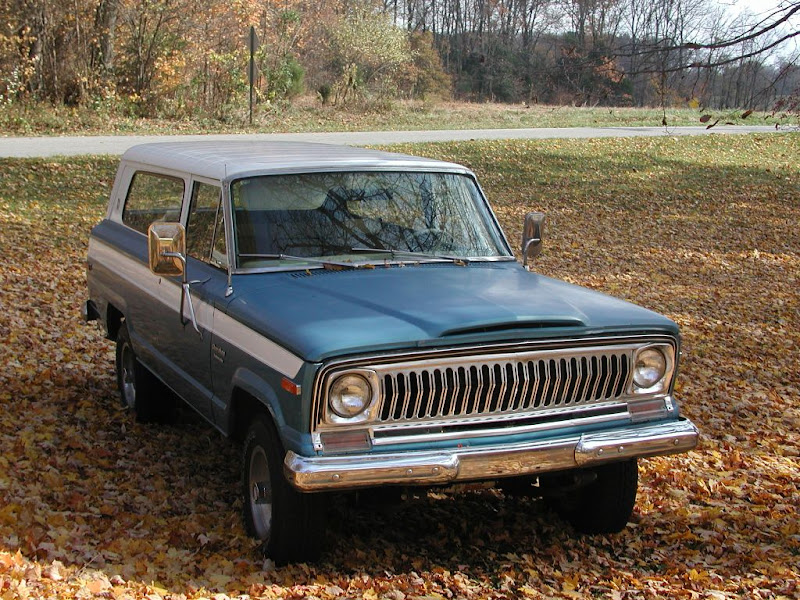 A T-18/T-18a four speed manual gearbox was standard for all years, while through 1979 the General Motors' Turbo-Hydramatic TH400, more commonly fitted to 3/4- and 1-ton trucks rather than SUVs, was optional. For comparison, the Chevy Blazer used the TH350 automatic. After 1979, the TH400 was replaced by the Chrysler's TorqueFlite 727. 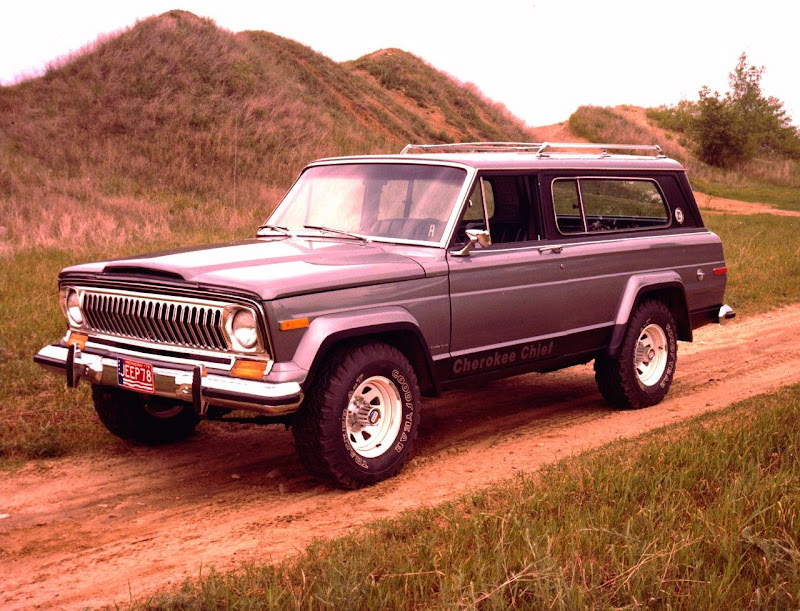 A gear-driven Dana 20 transfer case with 2.03:1 low range was standard with the manual gearbox (which had a much lower first gear of about 6.3:1), while the TH400 automatics received the permanent four-wheel drive QuadraTrac system. The chain-driven, aluminum QuadraTrac was quite advanced at the time. It included a vacuum operated center differential lock. The transfer case was offset, allowing it to sit just above the frame to avoid obstacles, and the chain itself is larger than nearly any other. A test by the Four-Wheel Drive Book found that the Cherokee was the only vehicle unable to be dynoed because the transfer case would not allow the rear wheels to spin, unlike the other full-time four-wheel drive vehicles being tested. In the off-road test, the same held true. This transfer case was also employed successfully in Baja races, for example by Roger Mears in the Baja 1000. A 2.57:1 low range was optional on QuadraTrac. 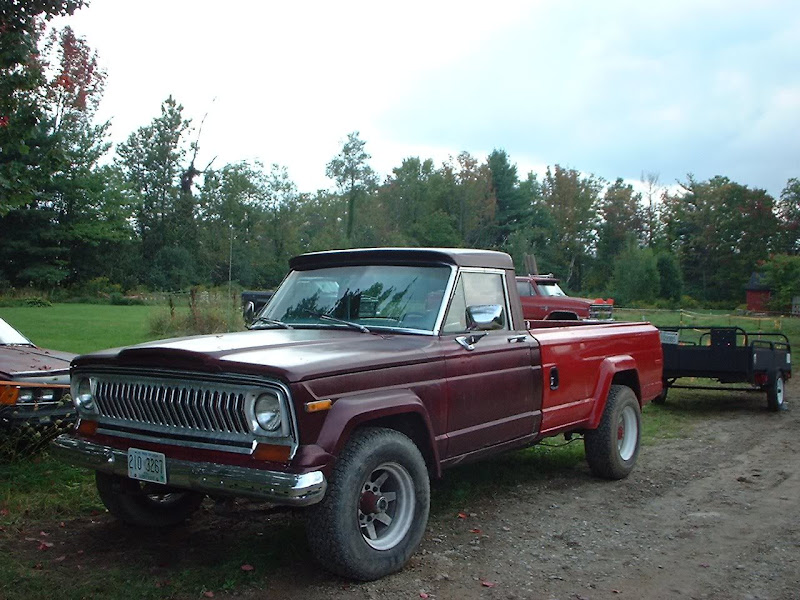 In 1975, the Cherokee Chief package was introduced. Aside from trim changes, this model received larger fenders and wider axles, allowing larger tires to be fitted to further improve off-road ability. Four-door models were not available with "wide-track" axles.
Dana 44 model axles were used both in the front and the rear at least through 1979. Brake hardware was mostly General Motors equipment, with disc brakes up front (optional on earlier models) and drum brakes in the rear.
All Cherokees had semi-elliptical leaf springs in the front and rear.
The Cherokee was marketed in left and right hand drive countries (such as the UK and Australia). Main production of the Cherokee was inToledo, Ohio. 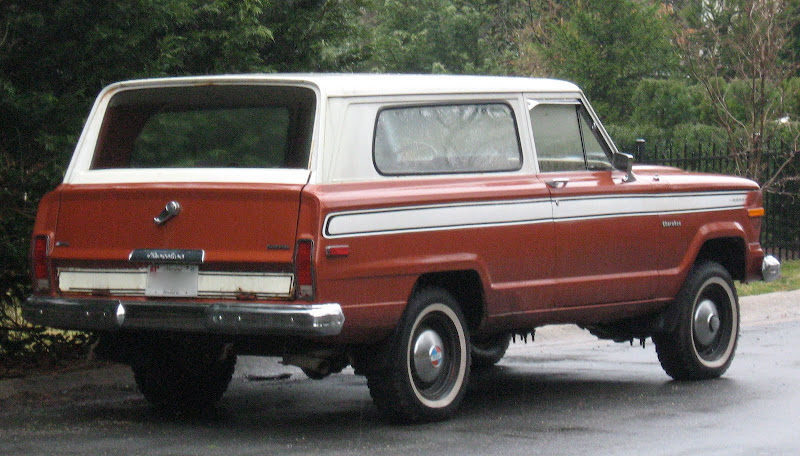 Cherokees were briefly assembled in Brisbane, Australia from 1981, although their heavy fuel consumption and high cost in comparison with Japanese four-wheel drive vehicles made them uncompetitive in that market. The Australian arm of Jeep was denied permission to assemble the upcoming compact XJ model under the Button car plan, and all Cherokee assembly was discontinued in Australia by 1986, two years after the model name had been supplanted in the U.S. by the XJ.
The Jeep Cherokee was the first vehicle to earn Four Wheeler Magazine's "Achievement Award", which later became the "Four Wheeler of the Year" award.