JC Barrois and The Terrot HSS

.
We already knew Jean Claude's Rudge bitza , and we presented there few months ago this Terrot HSS (Super Sport) OHV Jap engined. Last summer we finally made a photoshoot. This bike is not a restoration , Jean Claude has chosen to keep a certain patina, also the color scheme is not "period", but from its interpretation, the wheels of 26 " are also a larger diameter than original.
Great Job Jean Claude, as always! 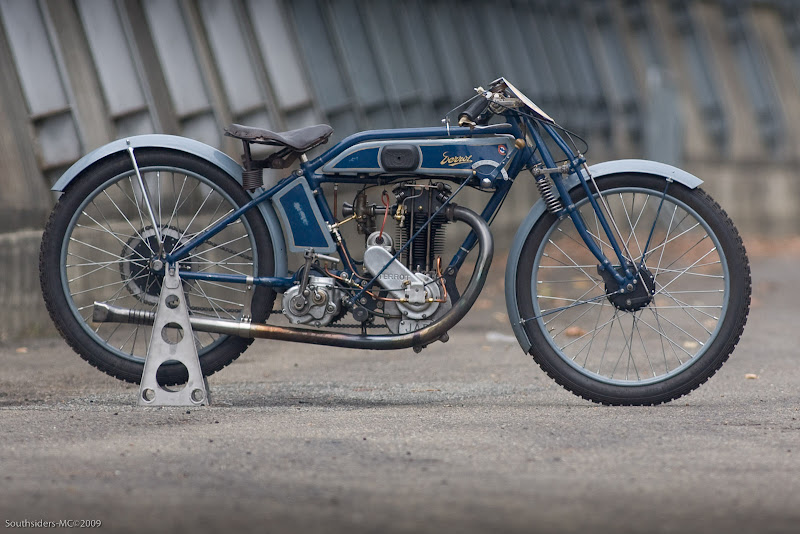 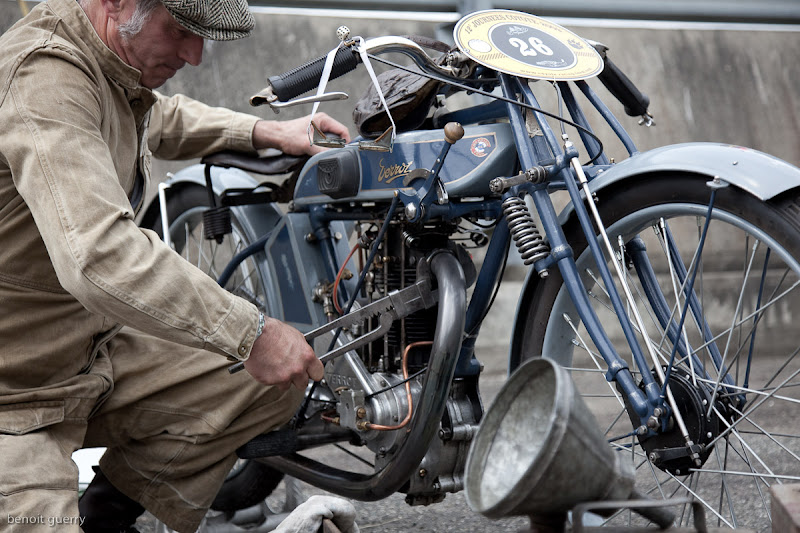 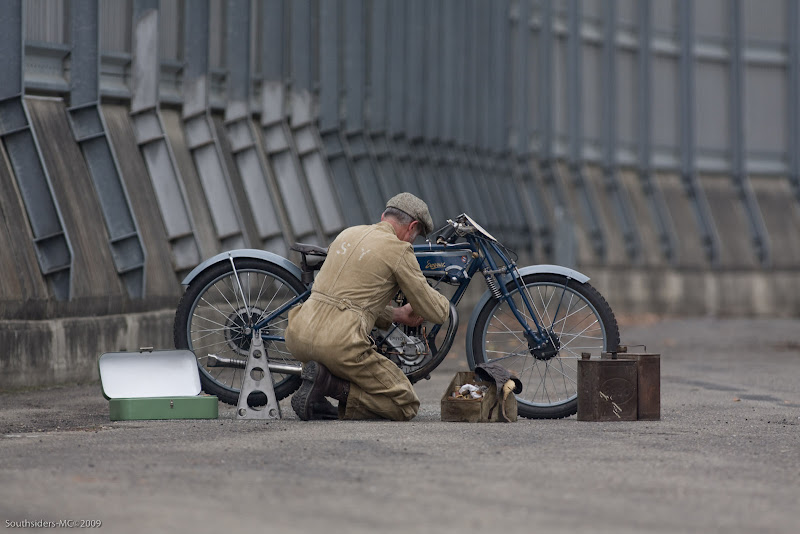 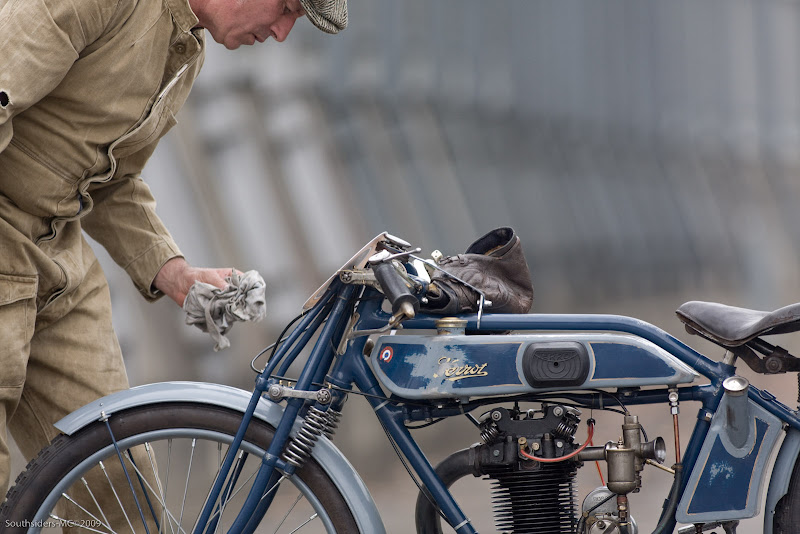 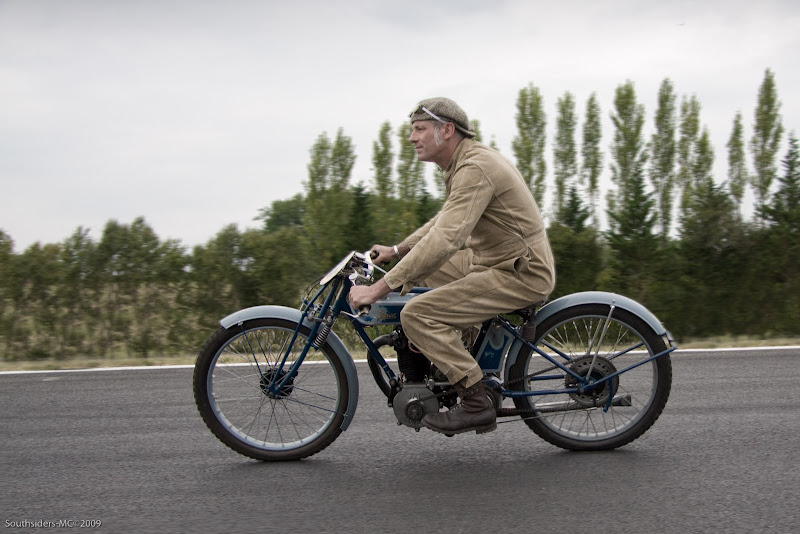 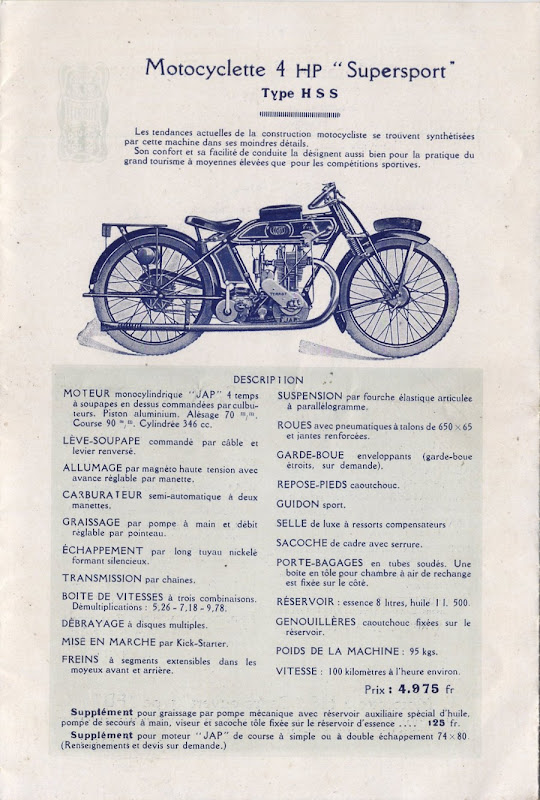 More photos here in the Gallery
.
By vincent prat At 10:26 PM No comments: 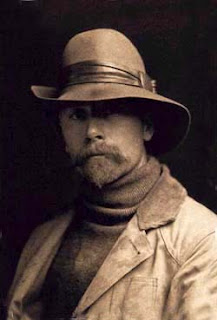 Edward Sheriff Curtis (February 16, 1868 – October 19, 1952) was a photographer of the American West and of Native American peoples.
In 1885 at the age of seventeen Edward became an apprentice photographer in St. Paul, Minnesota. In 1887 the family moved to Seattle, Washington, where Edward purchased a new camera and became a partner in an existing photographic studio with Rasmus Rothi. Edward paid $150 for his 50 percent share in the studio. After about six months, Curtis left Rothi and formed a new partnership with Thomas Guptill. The new studio was called Curtis and Guptill, Photographers and Photoengravers.
In 1895 Curtis met and photographed Princess Angeline (c1800-1896) aka Kickisomlo, the daughter of Chief Sealth of Seattle. This was to be his first portrait of a Native American. In 1898 while photographing Mt. Rainier, Curtis came upon a small group of scientists. One of them was George Bird Grinnell, an expert on Native Americans. Both Grinnell and Curtis were invited on the famous Harriman Alaska Expedition in 1899. Grinnell became interested in Curtis' photography and invited him to join an expedition to photograph the Blackfeet Indians in Montana in the year 1900. 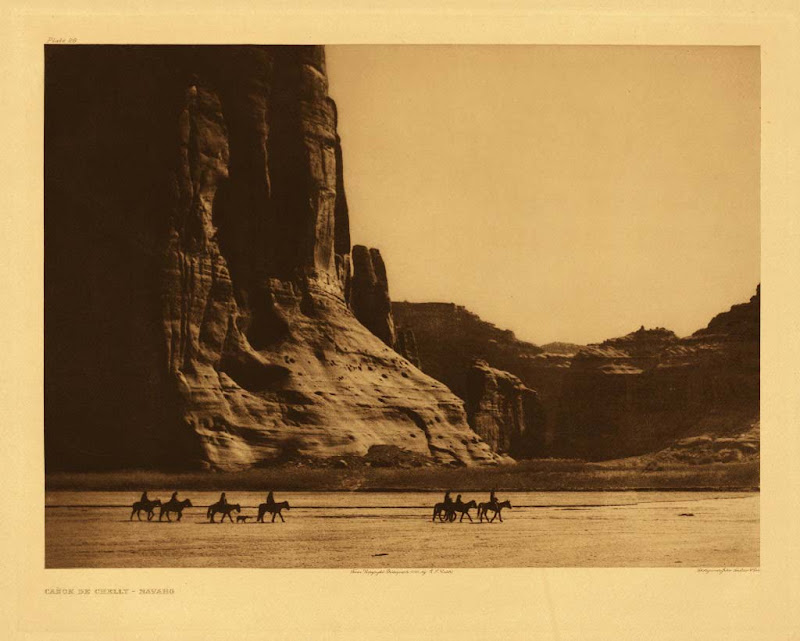 In 1906 J.P. Morgan offered Curtis $75,000 to produce a series on the North American Indian. It was to be in 20 volumes with 1,500 photographs. Morgan was to receive 25 sets and 500 original prints as his method of repayment. 222 complete sets were eventually published. Curtis' goal was not just to photograph, but to document, as much American Indian (Native American) traditional life as possible before that way of life disappeared. He wrote in the introduction to his first volume in 1907: "The information that is to be gathered ... respecting the mode of life of one of the great races of mankind, must be collected at once or the opportunity will be lost." Curtis made over 10,000 wax cylinder recordings of Indian language and music. He took over 40,000 photographic images from over 80 tribes. He recorded tribal lore and history, and he described traditional foods, housing, garments, recreation, ceremonies, and funeral customs. He wrote biographical sketches of tribal leaders, and his material, in most cases, is the only recorded history. 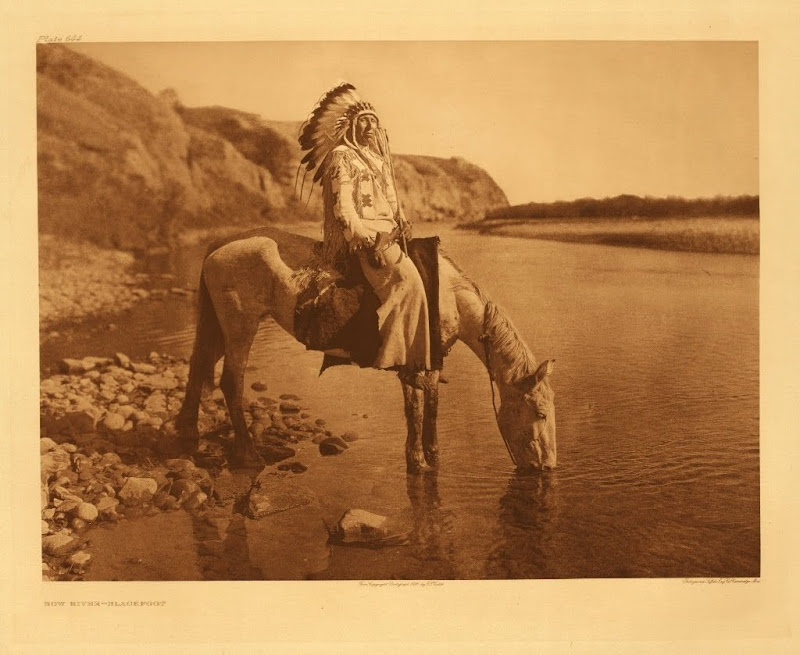 Around 1922 Curtis moved to Los Angeles with his daughter Beth, and opened a new photo studio. To earn money he worked as an assistant cameraman for Cecil B. DeMille and was an uncredited assistant cameraman in the 1923 filming of The Ten Commandments. On October 16, 1924 Curtis sold the rights to his ethnographic motion picture In the Land of the Head-Hunters to the American Museum of Natural History. He was paid $1,500 for the master print and the original camera negative. It had cost him over $20,000 to film. 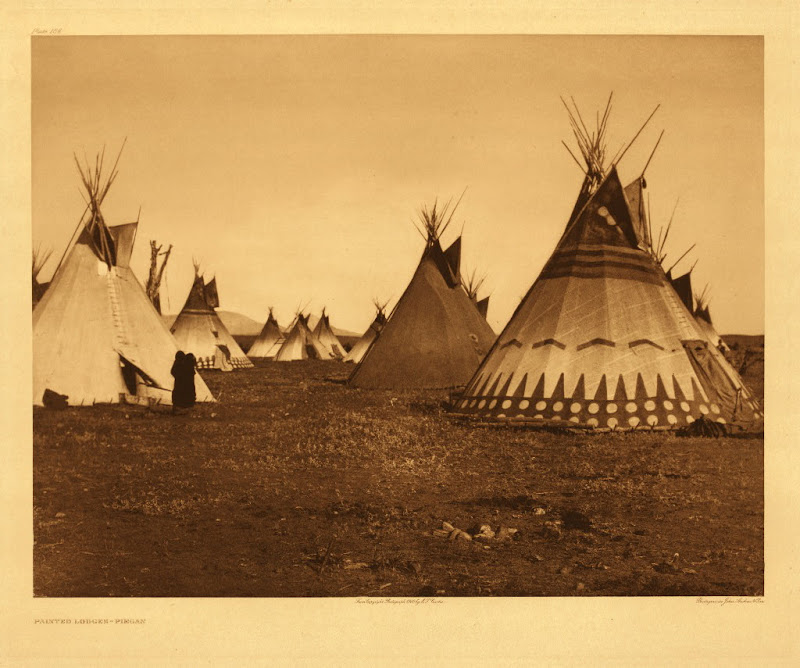 In 1927 after returning from Alaska to Seattle with his daughter Beth, he was arrested for failure to pay alimony over the preceding 7 years. The total owed was $4,500, but the charges were dropped. For Christmas of 1927, the family was reunited at daughter Florence's home in Medford, Oregon. This was the first time since the divorce that Curtis was with all of his children at the same time, and it had been thirteen years since he had seen Katherine. In 1928, desperate for cash, Edward sold the rights to his project to J.P Morgan's son. 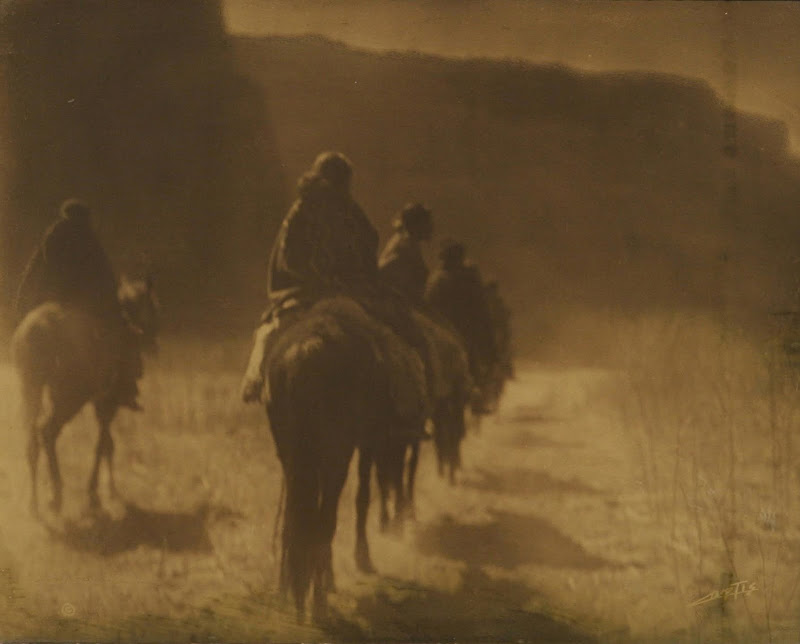 In 1930 he published the concluding volume of The North American Indian. In total about 280 sets were sold of his now completed opus magnum. In 1930 his ex-wife, Clara, was still living in Seattle operating the photo studio with their daughter Katherine. His other daughter, Florence Curtis, was still living in Medford, Oregon with her husband Henry Graybill. In 1932 his ex wife, Clara, drowned while rowing in Puget Sound, and his daughter, Katherine moved to California to be closer to her father and her sister, Beth. 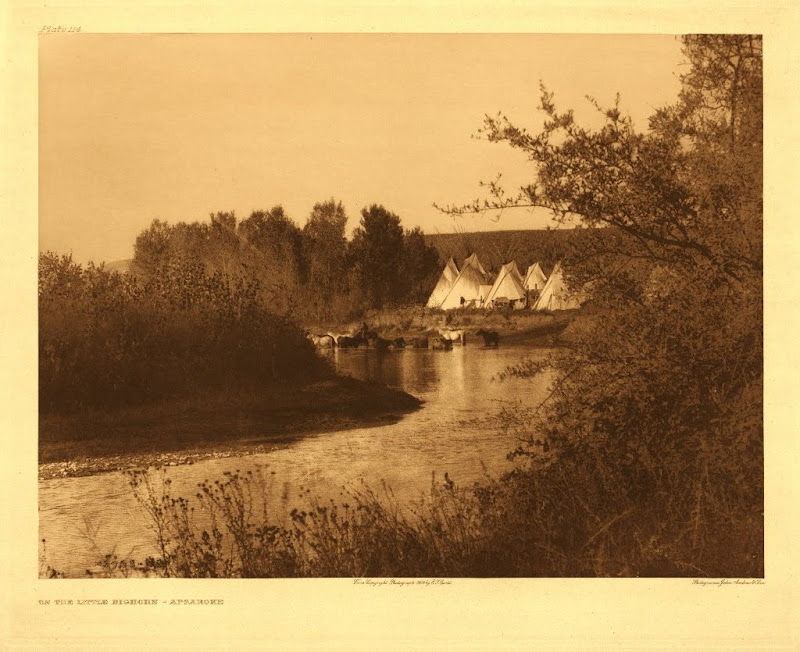 On October 19, 1952, at the age of 84, Curtis died of a heart attack in Whittier, California in the home of his daughter, Beth. He was buried at Forest Lawn Memorial Park in Hollywood Hills, California. His terse obituary appeared in The New York Times on October 20, 1952.