Hi Fellow
I'm back from a big journey accross South-West USA, including the Bonneville Speed-Week, with "tons" of photos to share with you.
Stay tuned
V 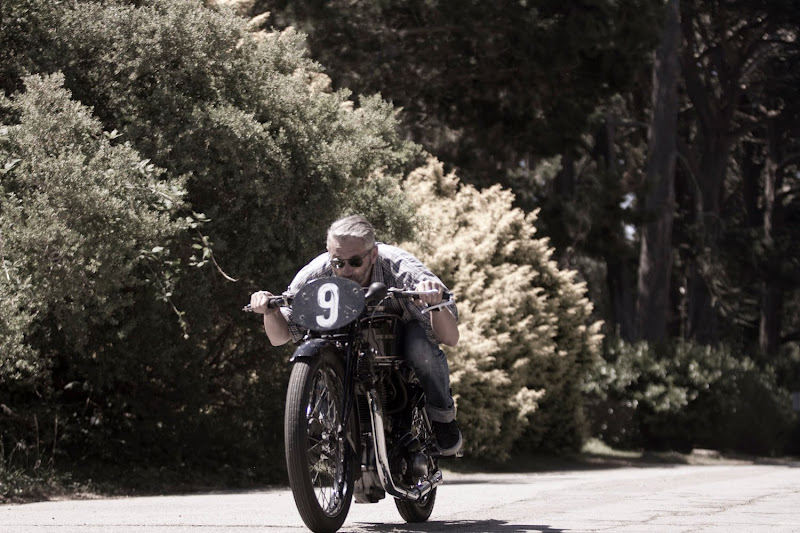 Email ThisBlogThis!Share to TwitterShare to FacebookShare to Pinterest
Labels : Travel

This is not your average camera : I grew-up with this camera on my side. It was the only "hi tech" object my Father possessed as he had no taste for technology.
This 621 Rollei-flex was manufactured in Germany in 1934. My Dad found it in a ditch near Lindau (Tyrol) in 1945.
It was probably forsaken along with mountains of objects & weapons, that US and French soldiers found at their feet.
My Father who was an aspiring doctor returned with 2 Tyrolean pipes, 3 beer mugs, 1 Leitz (Wh)binoculars and the Rolleiflex.
I recently realized how much this camera educated my relationship with the world of objects : materials & textures (the brown leather of the case, the sheathing and the worn metal corners of the camera).
It was such an advanced technolocical camera, with a double sporty visor (6x6 & 6x9).
Well, I probably caught the "Vintage" virus from my Dad's Rolleiflex. 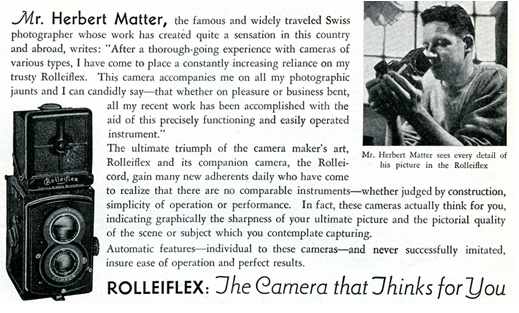 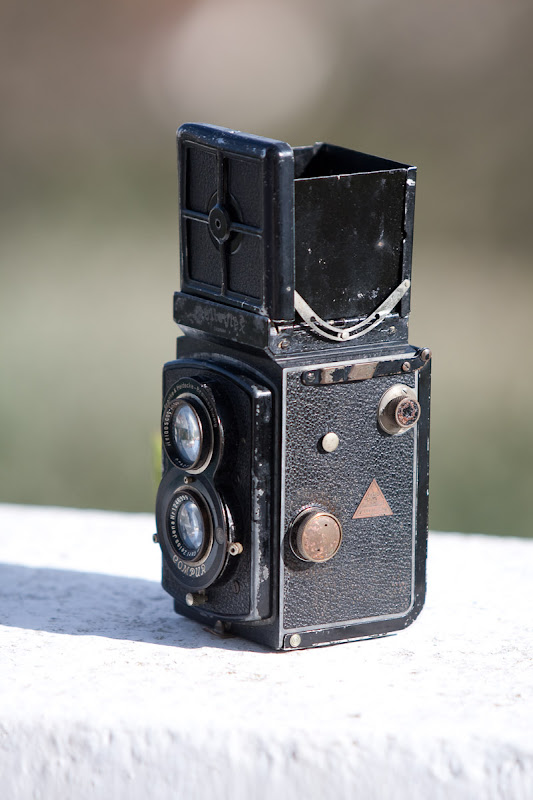 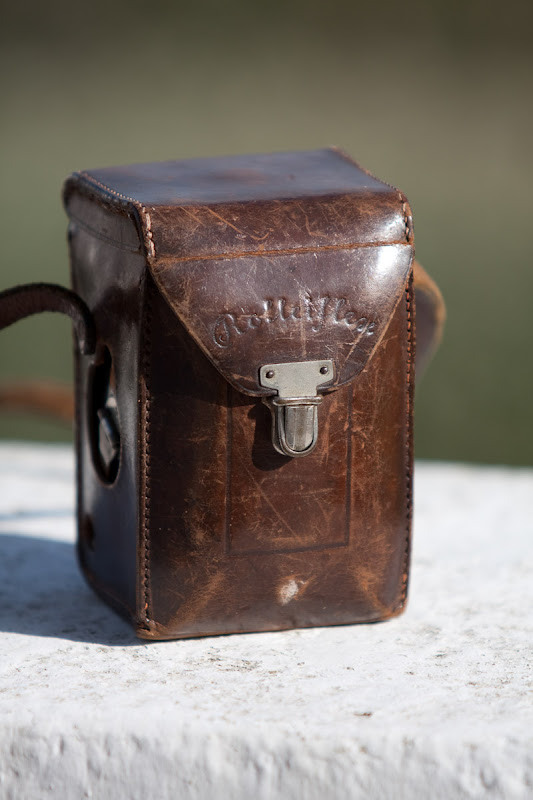 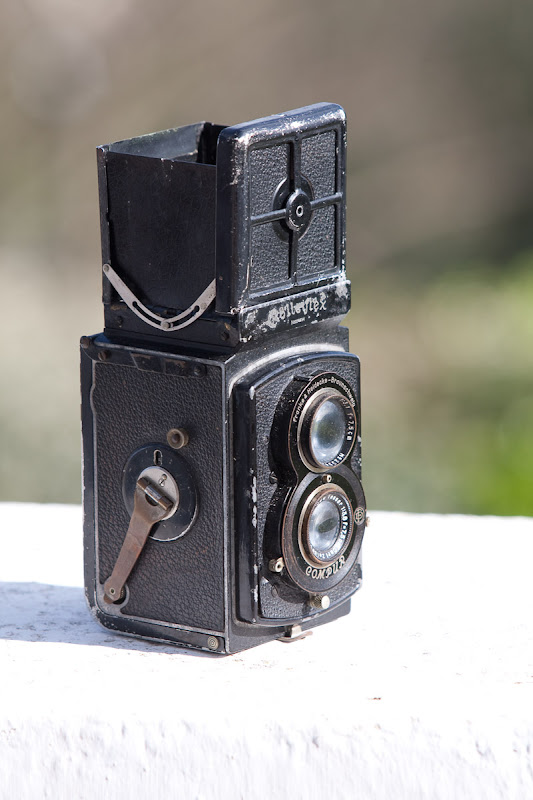 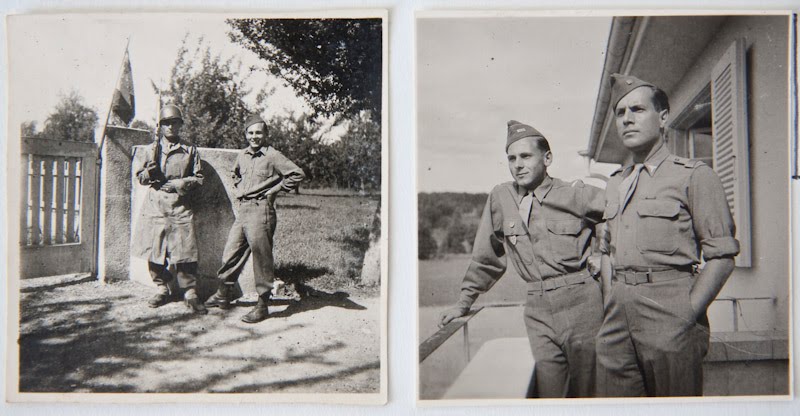 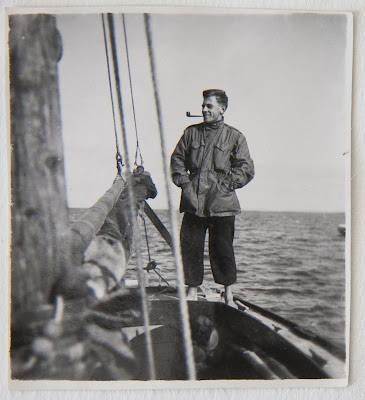 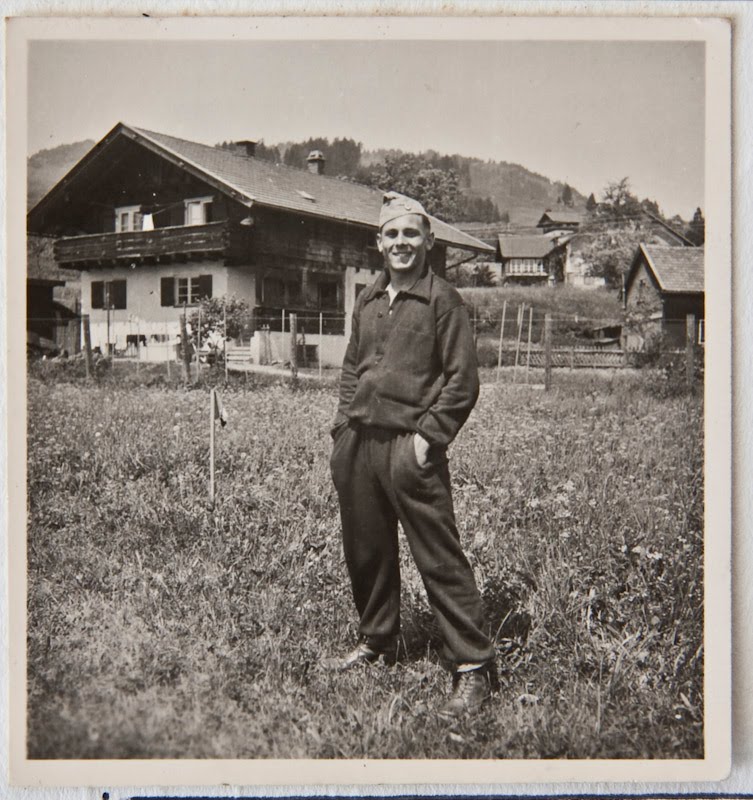 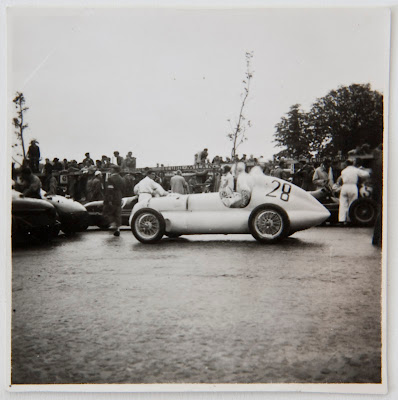 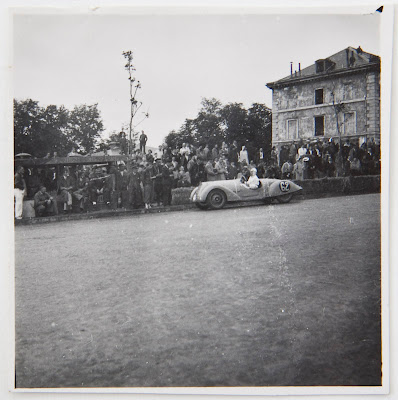 Email ThisBlogThis!Share to TwitterShare to FacebookShare to Pinterest
Labels : Photography 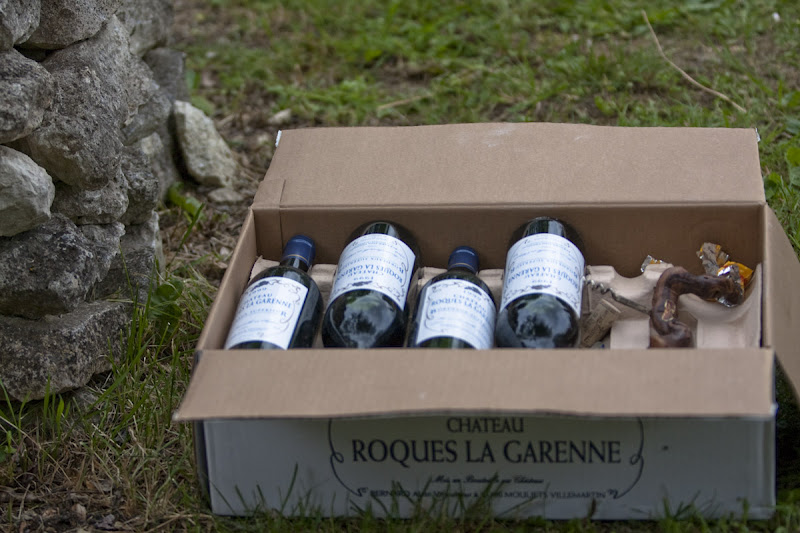 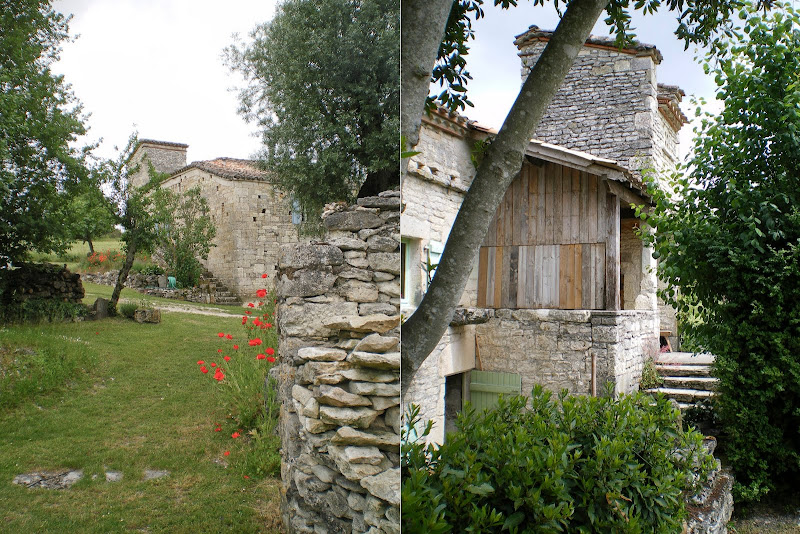 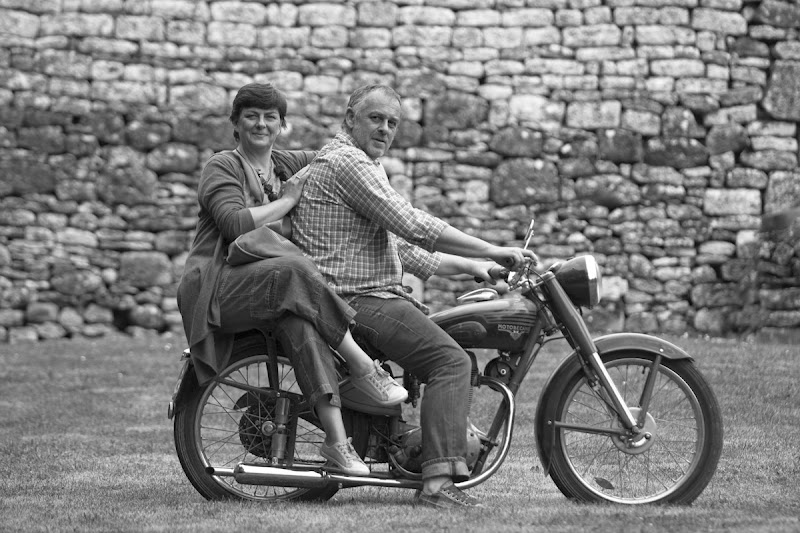 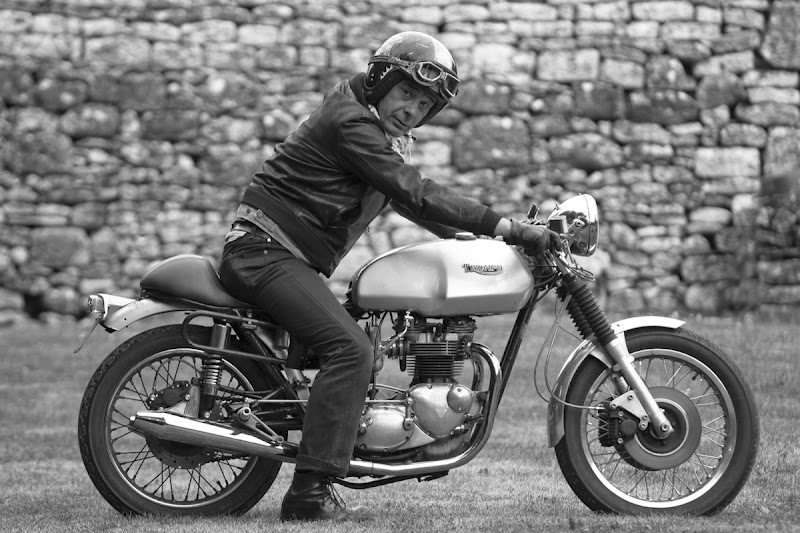 After two decades of formated products, a new generation of cool surfshops is coming back to life. The same phenomenon is currently visible in the motorcycling world, peoples want to relieve with original sources.
With Wallako Surfshop you will find truly original products... 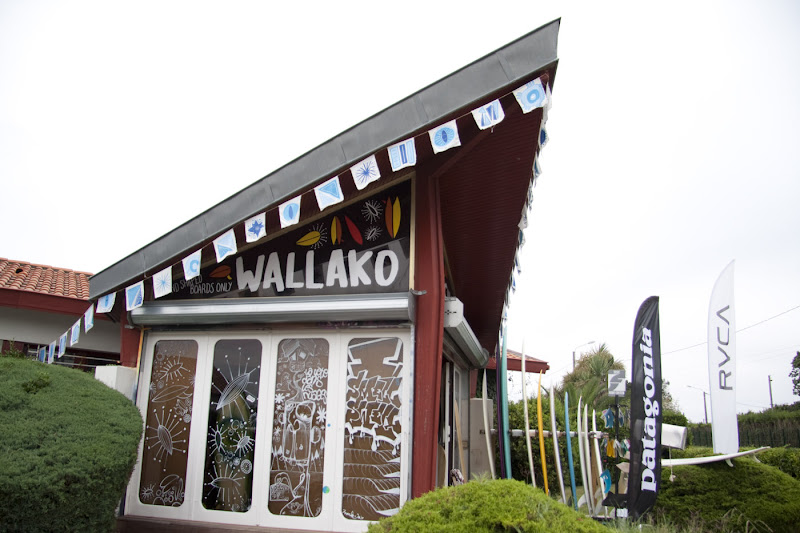 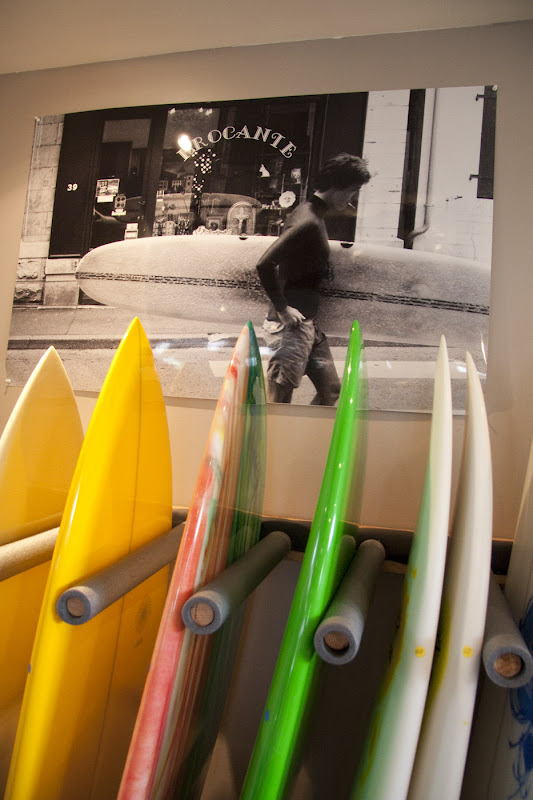 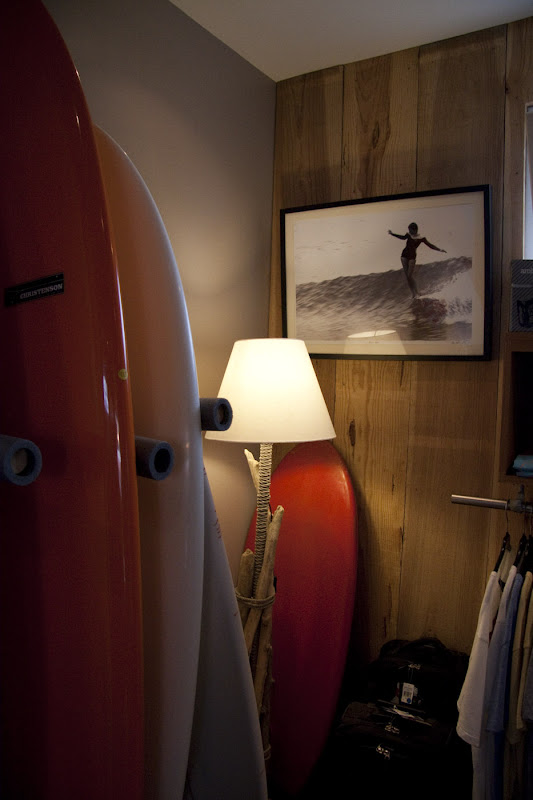 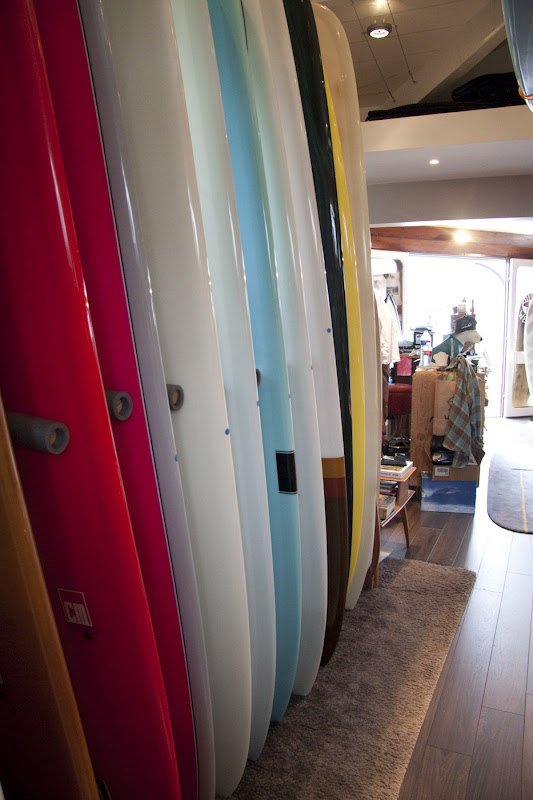 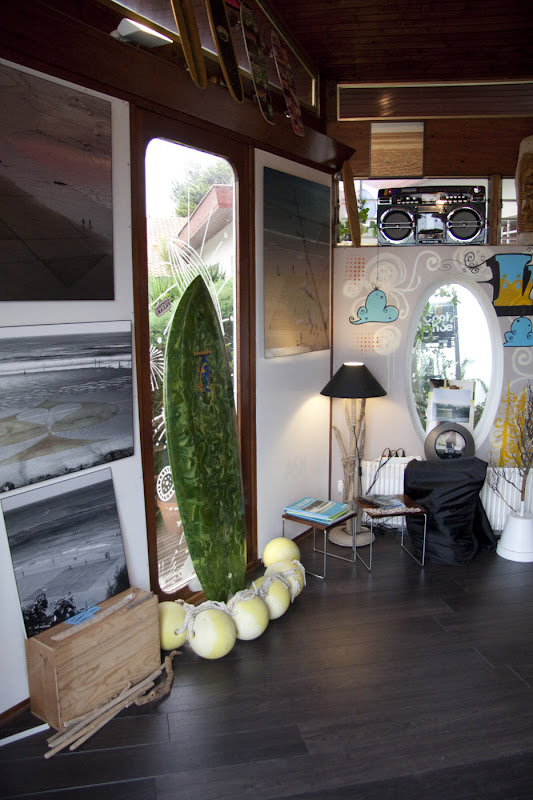 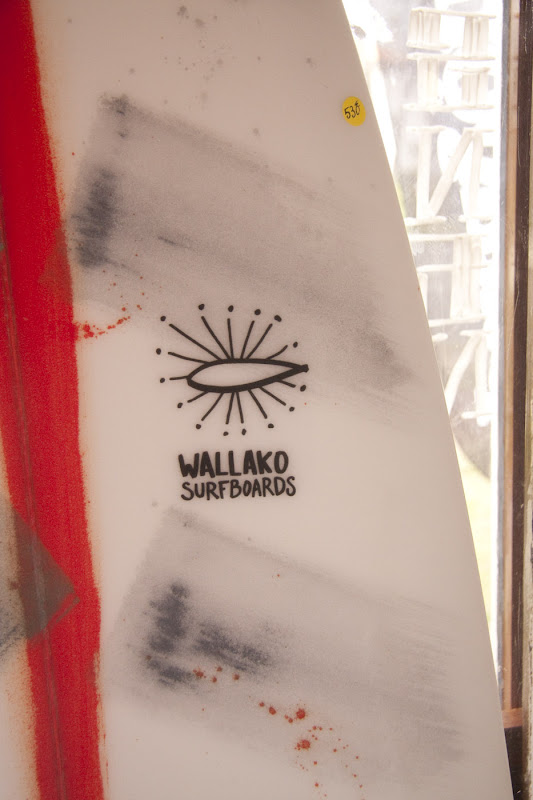 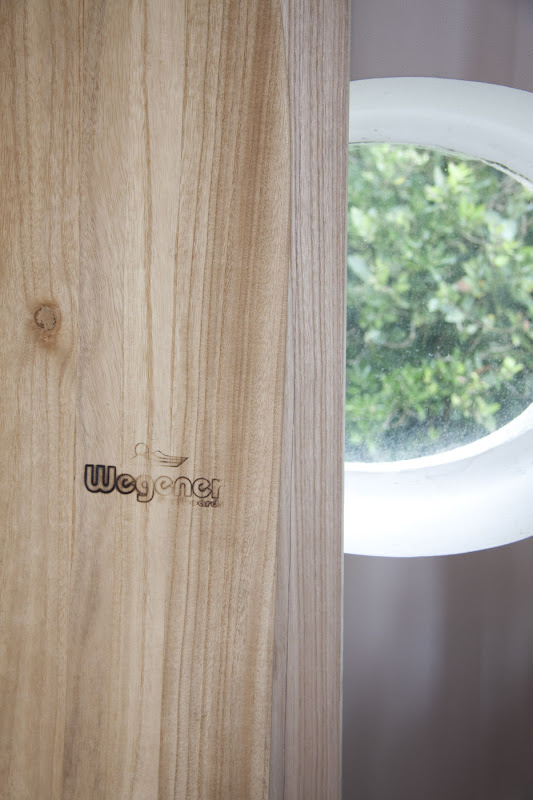 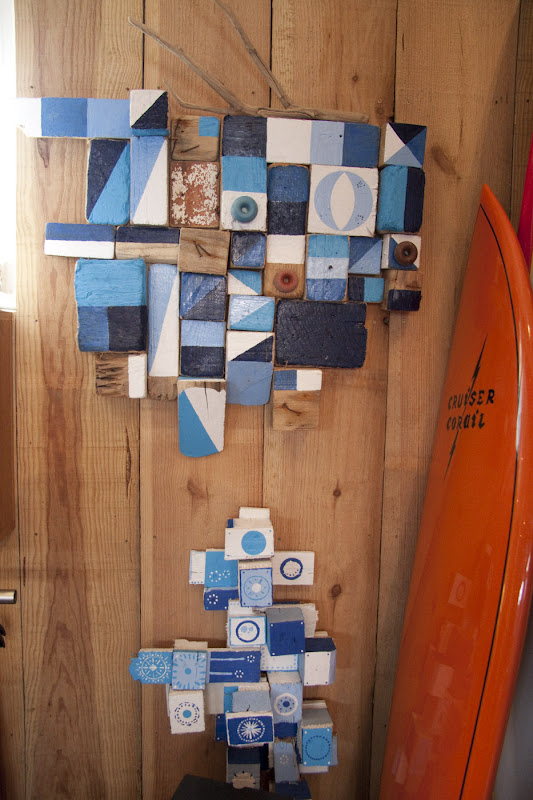 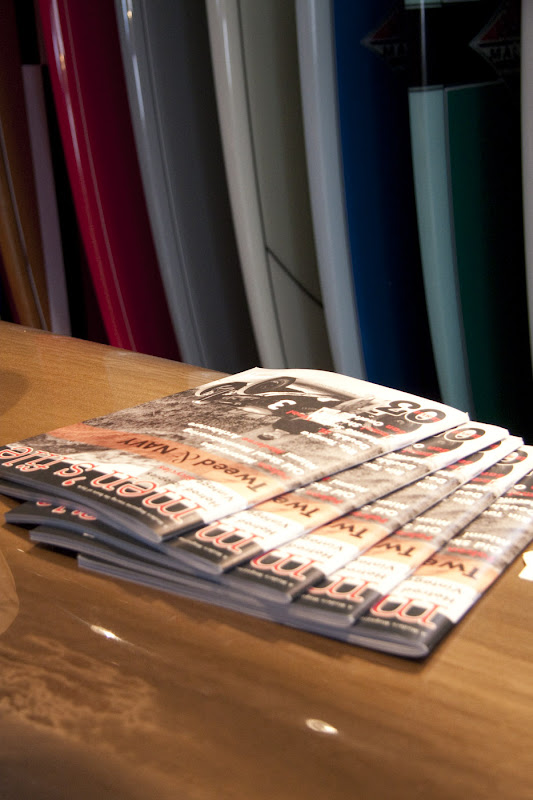 Email ThisBlogThis!Share to TwitterShare to FacebookShare to Pinterest
Labels : surfing


This week our "man" is a Frenchman. Discovering his blog, I was amazed by the intellectual but clearly humorous content of his posts.
Hughes de Domingo aka "Von Sontag" is passionate and "dispassionate" by the topics he tackles. Motorcycling is one of his favorite matters and his selection is astonishing. 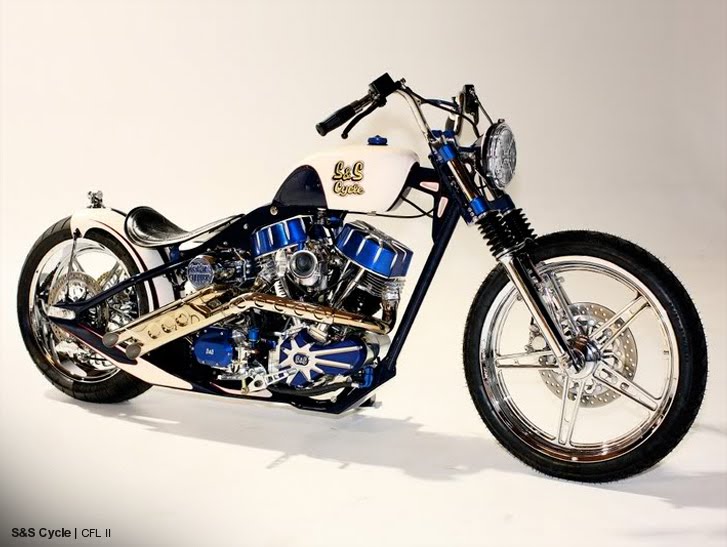 WCC – West Coast Style
Hating Jesse James has been quite a popular sport since his last fame as Monster Garage or others TV shows hosting, but the truth is that the Long Beach millionaire is a very rare master in custom motorcycle designing, combining an extensive culture, genuine skills and some kind of a pecular genius.
Built for the S&S 50th anniversary show around an S&S P-Series engine, this bike uses the WWC CFL2 frame. Inspiration clearly comes from the hot rod traditional scene and mixes inspired ideas and the typical vulgar touch (look at those anodized cases and head covers !) that make a genuine american custom creation. I love it. 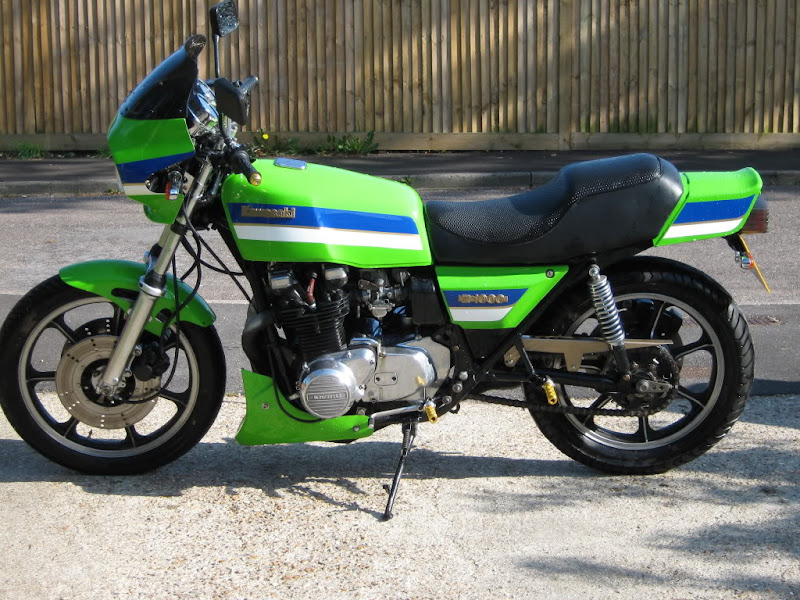 Kawasaki Z 1000 (Eddie Lawson)
I don't know that much about this bike but I've always been a great fan of early superbikes, mostly developped from average big bore street bikes. This one has been known as Eddie Lawson's. The era has also seen Kenny Roberts and Freddie Spencer competing for the AMA championship but Kawasaki was smart enough to put a replica on the market with this special swingarm, competition_like rear shocks absorbers and a color scheme. This version has been one of my dream bikes for years. 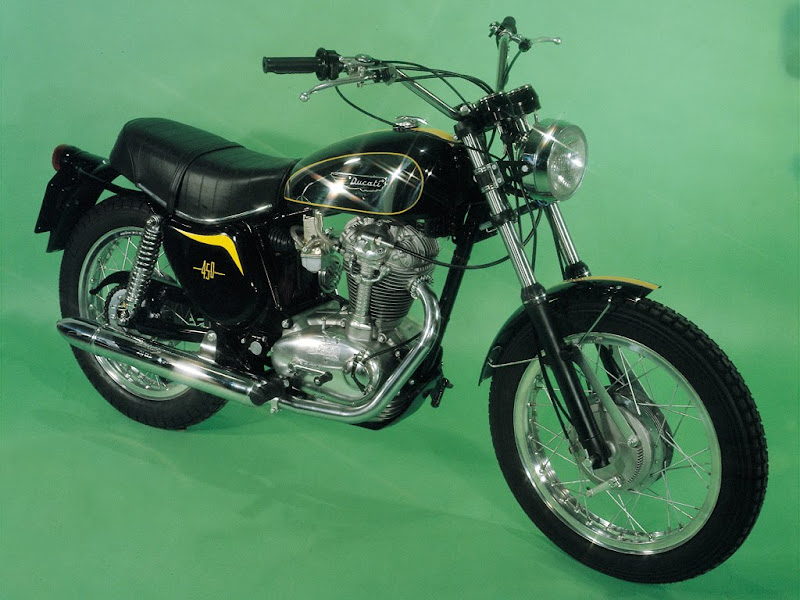 Ducati 450 Scrambler
One of my favorite Ducati. From 1962 to 1974, Ducati has produced The scrambler series, from 250 to 450 cc, mostly for the american market. Light and powerful, the single cylinder desmodromic single over head cam distributed engine was designed by Fabio Taglioni, chief engineer and official genius of the italian brand. It delivered 17 bhp at 6500 rpm. Fun to drive, easy to maintain, this bike founded the brand reputation in america and was introduced to the european market aroud the 70's. It's nowadays a rare piece to collect. 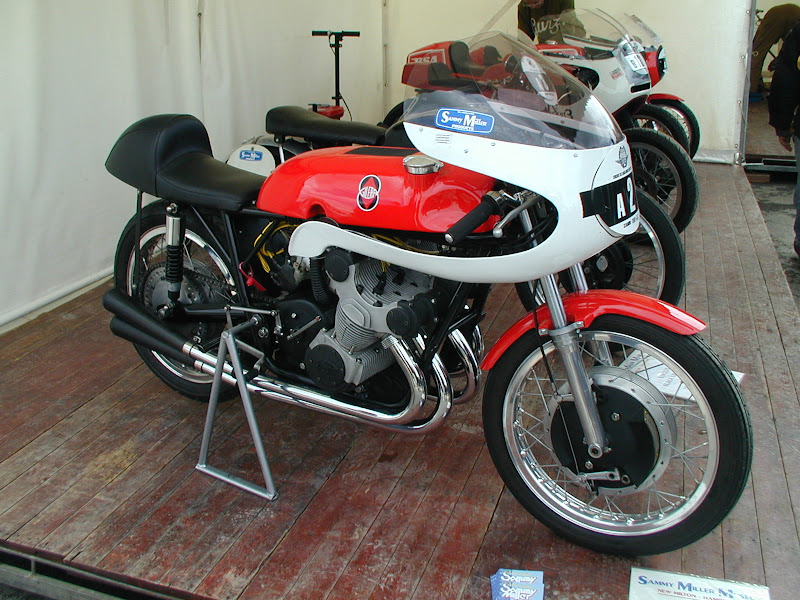 Gilera GP 500 Bilalbero
The italian brand Gilera, now property of the Piaggio group and badging small displacement scooters (what a shame !) dominated the World GP 500 championship from 1950 to 1957 (6 world titles in 7 years) with this bike driven by pilots like Umberto Maseti, Libero Liberati and the legendary Geoff Duke. The four cylinder engine with DHOC ditibution was later « copied » by MV Agusta wich dominated the 60's era with a very similar engine until the japanese built a commercial succes from this architecture. 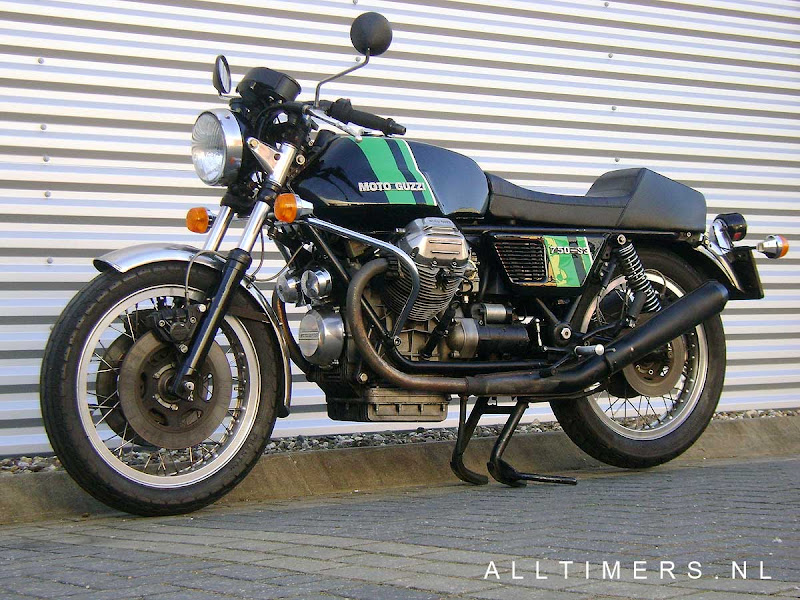 Moto-Guzzi 750 S3
I could have chosen a Guzzi V7 sport, a LeMans MKI or a V11. But I love the lines and the paint scheme of the S3. The sculpted fuel tank finds a pertinent response in the shaped and quite unpractical sport seat and the engine is barely the center of attention of anyone looking at this masterpiece. Italian style with engine reliability (I don't mention the very « creative » electrical octopus) made the success of this bike. One of the good points is that it's is stilla little less expensive than the V7 sport or LeMans models, but not for long.