Blundstone Footwear is an Australian footwear manufacturer, based in Hobart, Tasmania. The company's best-known product is its line of laceless, elastic-sided, ankle-length boots. The official name for this product line is "The Original", although the boots are colloquially known as "Blunnies" in Australia. The boots have an iconic status in Australia and around the world to rival that of Europe's "Doc Martens".

The Blundstone company originated from companies set up by several free settlers, who emigrated from England to Tasmania.
John and Eliza Blundstone arrived in Hobart Town from Derbyshire, England on 14 October 1855. John Blundstone worked as a coachbuilder until 1870, when he began importing footwear from England later manufacturing boots in Hobart's Liverpool Street. 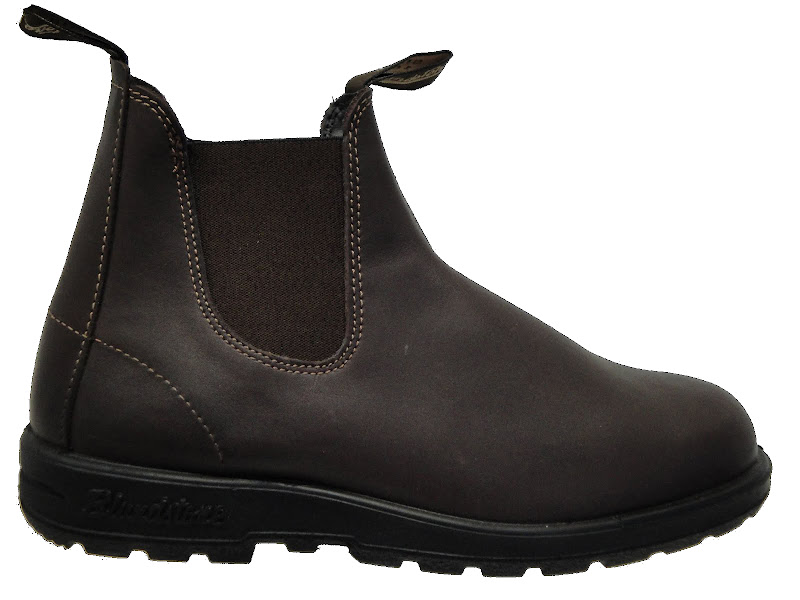 By 1892, Blundstone's eldest son, Sylvanus, had joined him in business, and the pair formed J. Blundstone & Son, manufacturing boots in two outlets on Collins Street, later buying a purpose-built two story factory on Campbell Street. The company's importation arm was run by John's other son, William, as W.H. Blundstone & Co.

Both companies initially prospered, but at the turn of the century, they found themselves in financial difficulty. J. Blundstone & Son was bought in 1901 by the Cane family of ironmongers, and W.H. Blundstone & Co. went bankrupt in 1909. The Canes ran the company until the Great Depression in Australia caused a downturn in profits, which once again saw the company sold. The buyers were two brothers: James and Thomas Cuthbertson, also English settlers who set out for Melbourne, but were apparently blown off course by the Roaring Forties and landed in Hobart instead in 1853, where they had also set up a shoemaking and importing business.

The Cuthbertson brothers set about amalgamating their companies' manufacturing operations, retaining the Blundstone name for the company's tannery in South Hobart, and the current factory and headquarters in Moonah.

In January 2007, Blundstone Australia announced, due to increased costs, that it would shift production and manufacturing activities from Hobart and New Zealand to Thailand and India within the year, resulting in 360 job losses in Australia. However, Blundstone plans to continue to make 200,000 pairs of footwear at the Tasmanian factory each year.