I've always dream to have boat like this from the 20's or the 30's. Very vertical stern, iron and wood its the kind of magic boat to live on, make a full trip around the world and move the fuck on ...
Actually those boats are all in the S.F area so if you're down there in NorthCal take time to go, have a look and dream.

The 165-foot Motoryacht U.S.S. Potomac was built by Manitowoc Shipbuilding Co., Wisconsin in 1934. Owned by The Potomac Association. Based at Jack London Square, Oakland.
Originally built for the U.S. Coast Guard. She served as Franklin Delano Roosevelt's presidential yacht and "floating White House" from 1936 until his death in 1945. She has been beautifully restored and now sails San Francisco Bay regularly. 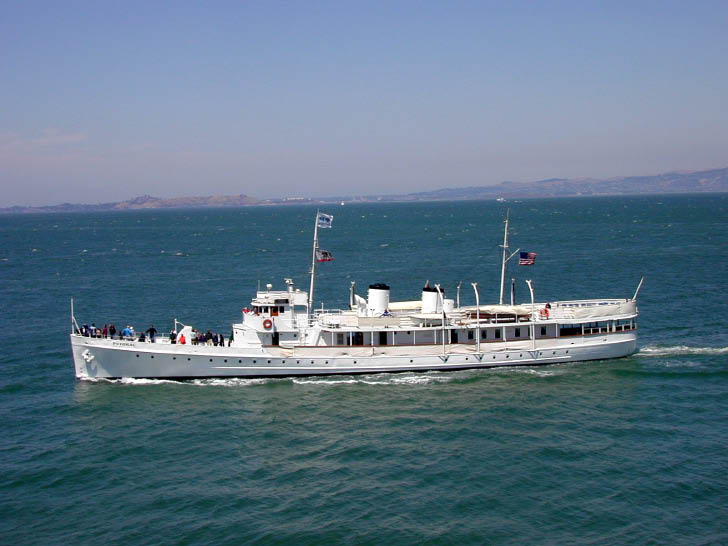 The 65-foot Motoryacht La Jota was built by San Pedro Boat Works in 1921. Owned by Stephen Olsson. Based at Sausalito Yacht Harbor.
La Jota is Spanish for "the Joker"; she was reportedly built for one of Jack Benny's writers. 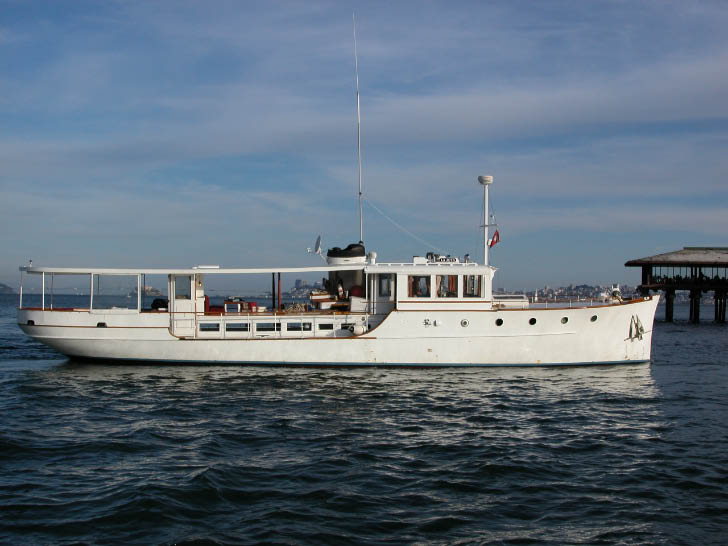 The 138-foot Motoryacht Starfjord was built in 1936. Owned by Miles Davis (not the musician). Based at Bethel Island.
The Starfjord is rumored to have been built for Al Capone and was later owned by the Walgreen family. 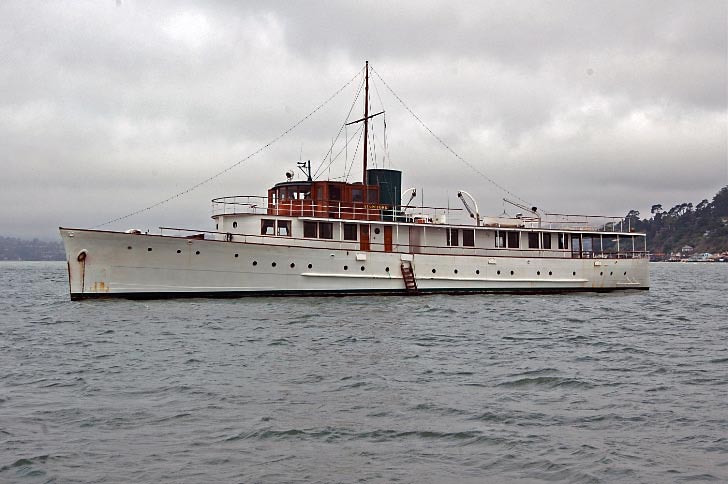