I would like to thank our contributors, they keep the Southsiders blog alive by
their excellents posts and pictures.
Sadly my involvement in the Wheels and Waves story is growing up day after day,
and doesn't let me enough time to publish content by myself.
PLEASE SEND YOUR SUBMISSIONS: Southsiders.mc@gmail.com
Vincent Prat


Text and Photos by Gary Margerum ...

One of the fastest growing events at Santa pod is Dragstalgia,which has
always been,historically, mainly a car event held in mid July, The good news
is that motorcycles are becoming more prominent now, with some famous faces
coming out of the woodwork and back into the saddle.

There was a real vintage vibe to this event over the weekend, you could walk
around the Paddock during the day and observe the mechanics preparing the
bikes for their forthcoming races. True classic racing bikes were being
displayed with pride and not hidden away this year. Several historically
famous names such as, Super Cyclops, The Hobbit, Storming Norman were all
there waiting to please the crowd. These bikes were not only present for
display purposes, they was being prepared to race, and race hard! As were
their riders, Jeff Byne and John Hobbs, to name a couple.

An interesting part of the day was watching the mechanics spend time on
these bikes, Like surgeons they have to be precise The Hobbit, for example,
still runs 160mph quarters at 8.6s, The Olympus, a blown triumph managed sub
ten second runs, back in 1971 its top speed was 137mph, which I believe was
the first bike below 750cc in the world to blast out a sub 10 second run!

Barons speed shop was there with their beautiful 50s inspired little red
Triumph, built by Dick Smith and piloted by Peter Allen,and of course not
forgetting Maurice Brierleys Vincent, a 1148cc with two grey flash heads
feeding a C142 supercharger, not been impaired with one leg ,in the 60s this
former army officer and a wizard broke many records with this machine and
became the first sidecar to average 100 mile an hour for the standing start
kilometre, This machine now belongs to that VM CC and is piloted by Chris
Illman, This really was a standout event in Santa pod's calendar and should
be a must for next year. It was steeped in history and had a really friendly
atmosphere with a big screen playing vintage films followed by a fairground
in the evening to round off the days events! 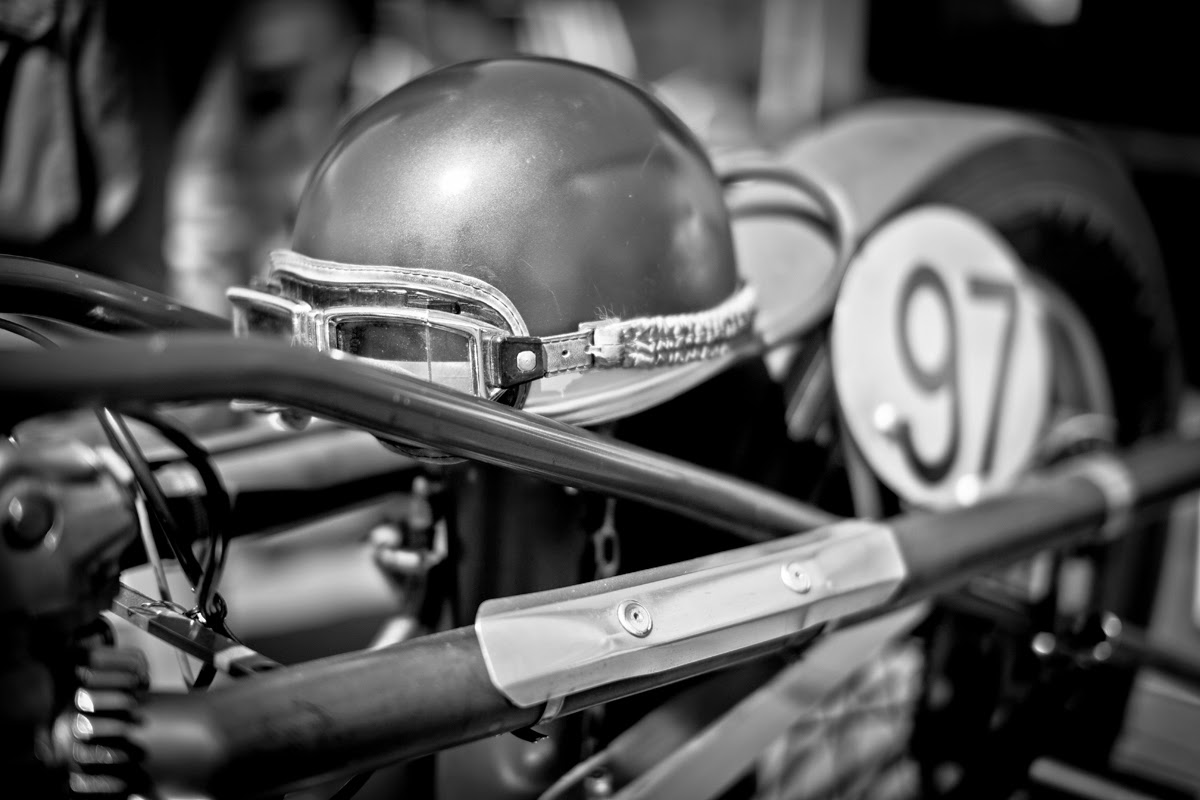 the real face of El Solitario