It's a year since Christophe of Eastside first spoke to me about his plan to have a Bobber Triumph built in the USA. I told him that we could get one together ourselves over here, and that the building of a custom motorbike was part of the pleasure. Each one should be different and show the signature of its creator.
We found  a T120 engine, front forks and hubs. Normally you would then have to piece together the missing parts, including the internal workings of the engine.
The frame isn't a Bolt-on, but custom built by Factory Metal Works in Charlotte, North Carolina.

Christophe, who was a BMX rider, wanted a machine stripped down of all extraneous parts, to remind him of his first love. For that reason he chose fin ( Dunlop tyres (K70) on 18" and 19" rims , no lights, and a lucky number plate (Mike Miranda). 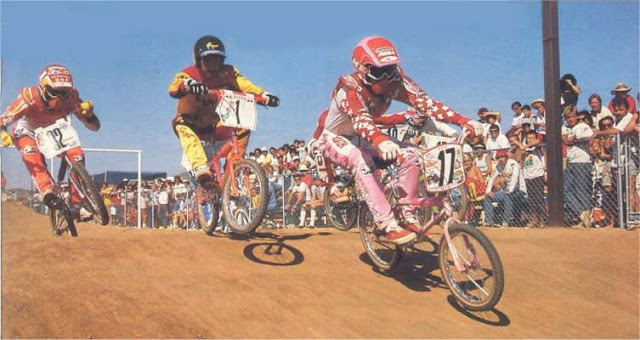 Our friend Momo assembled the new parts to the custom frame, then the exhaust and did the paintwork, Henri Lao Martinez prepped the engine, and we did the rest.
Today our goal has been achieved, and for 6 months this classic/custom machine has been used every day, and has even been on the cover of Sideburn magazine #12 with its rider, and the images that we created together. 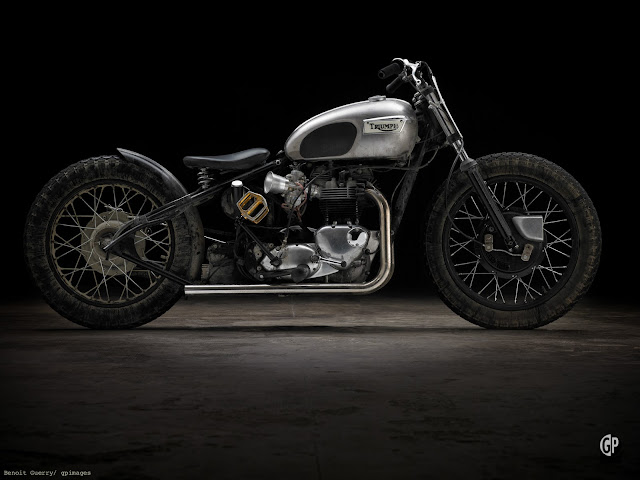 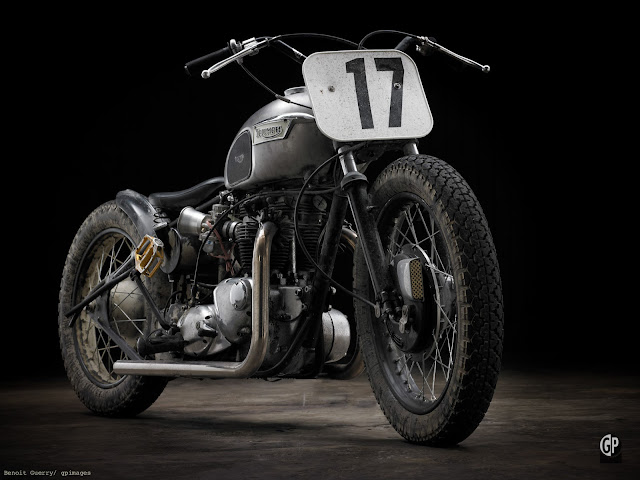 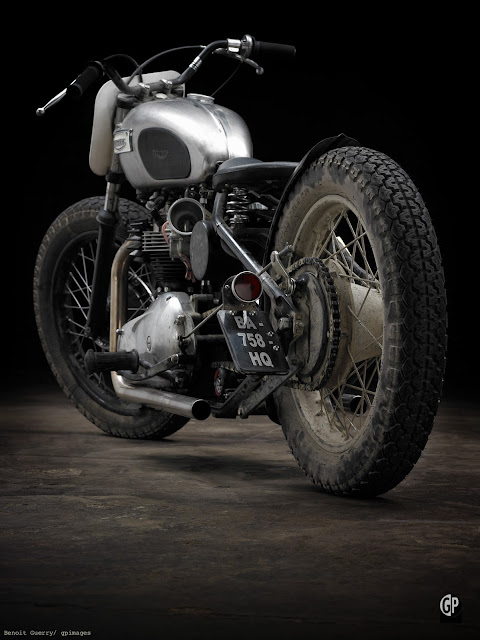 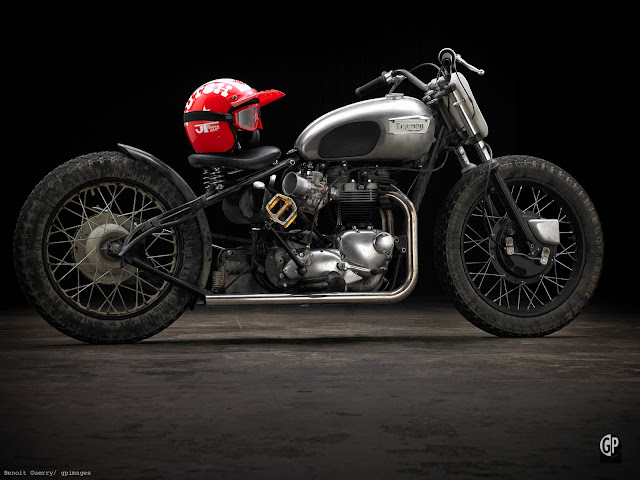 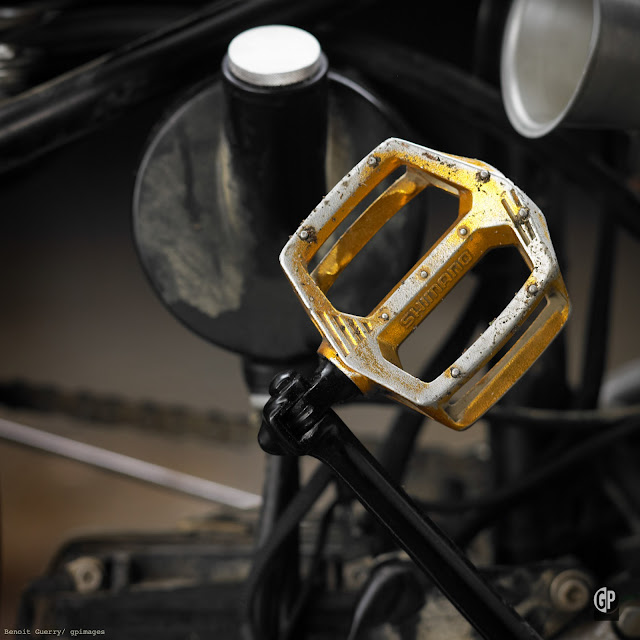 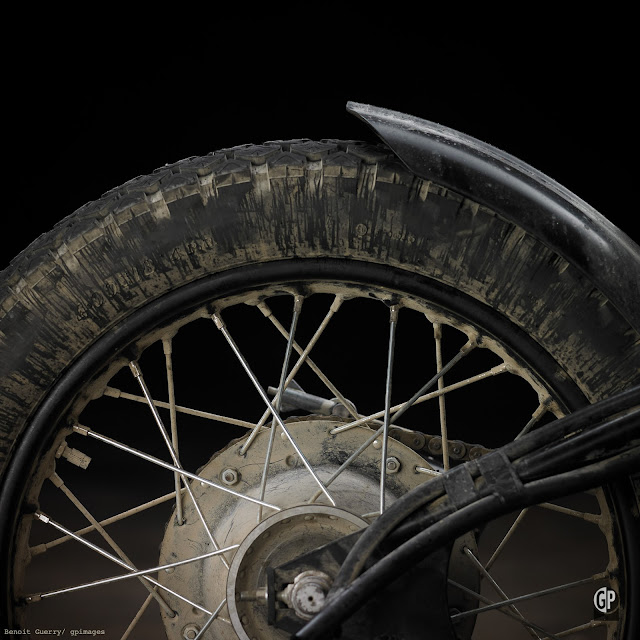 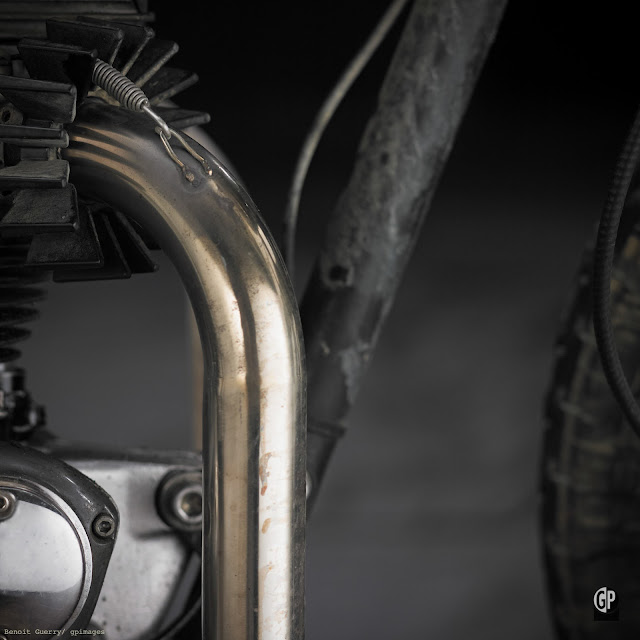 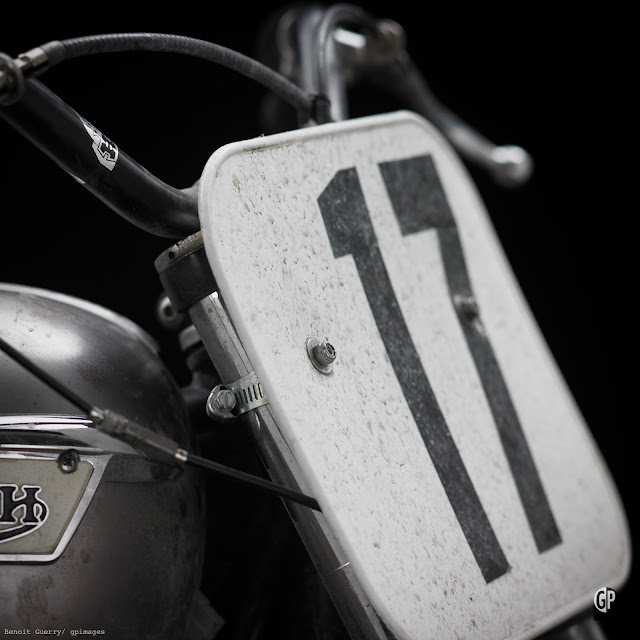 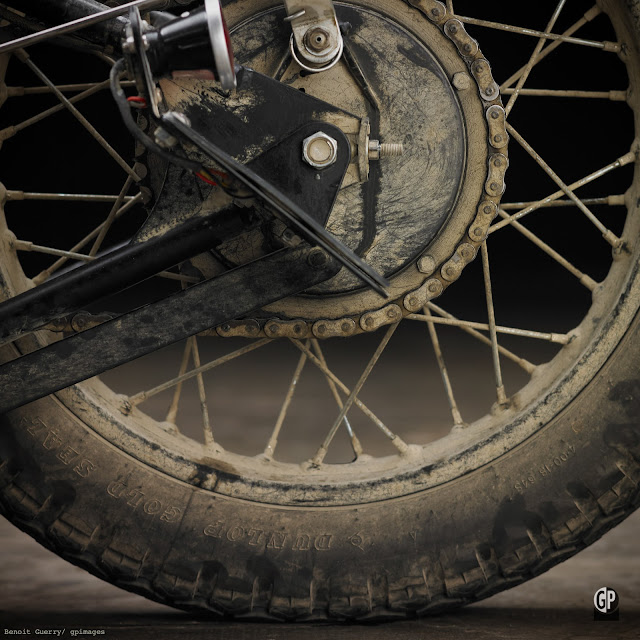 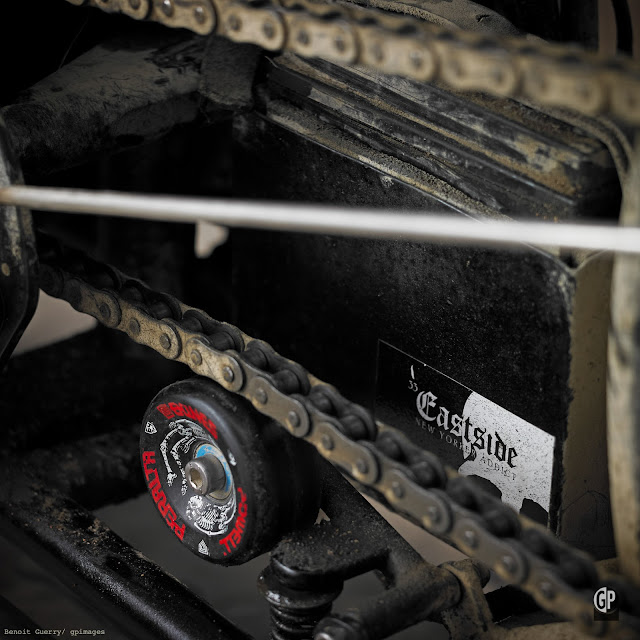 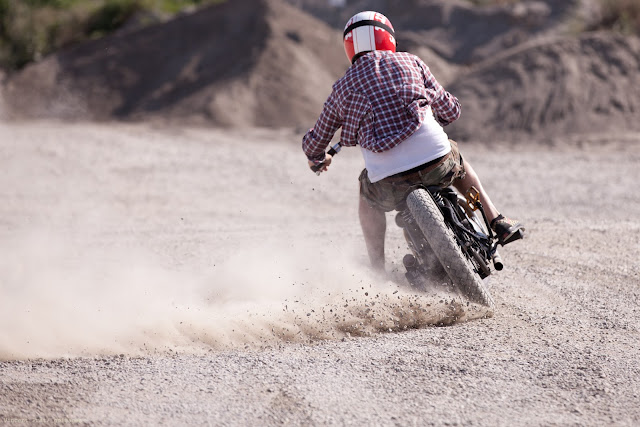 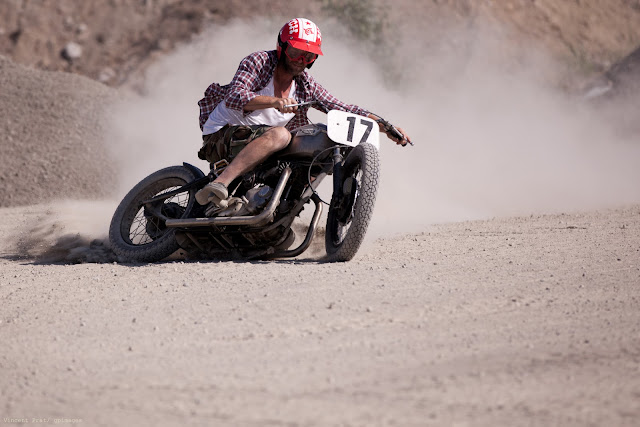 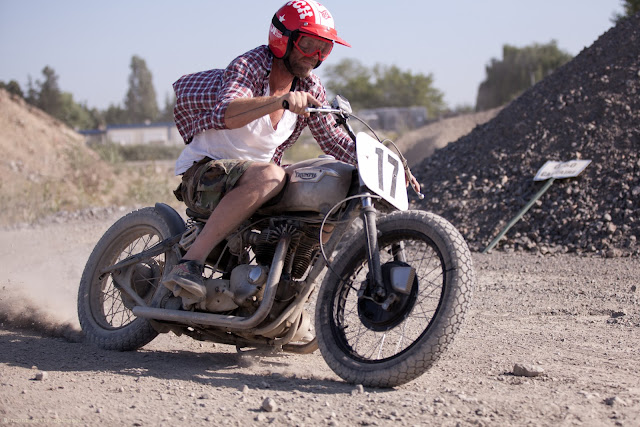 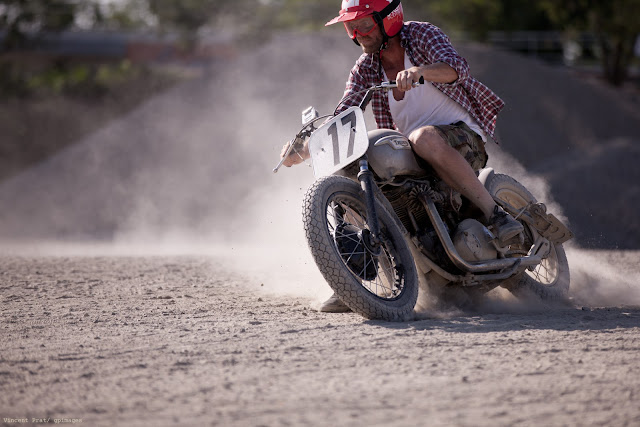 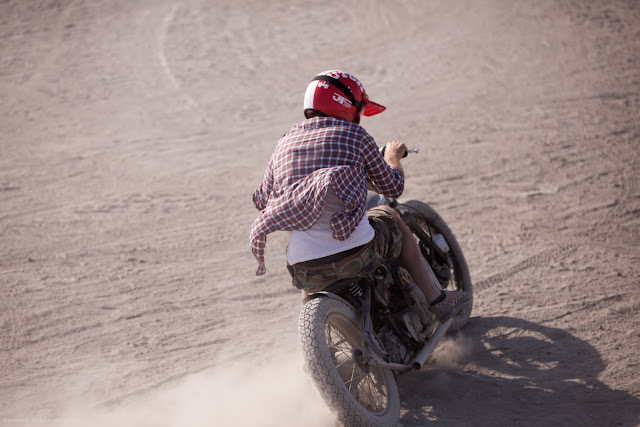 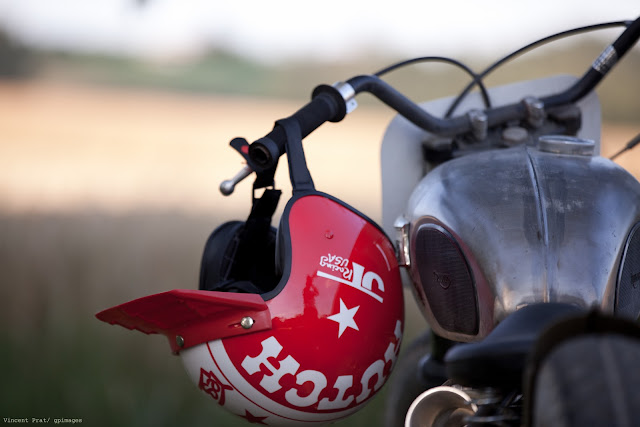 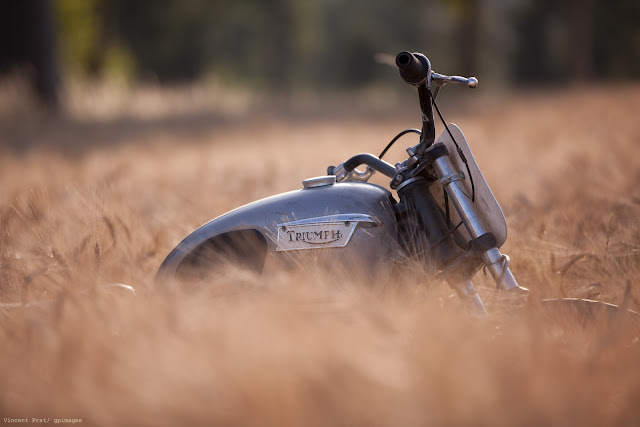 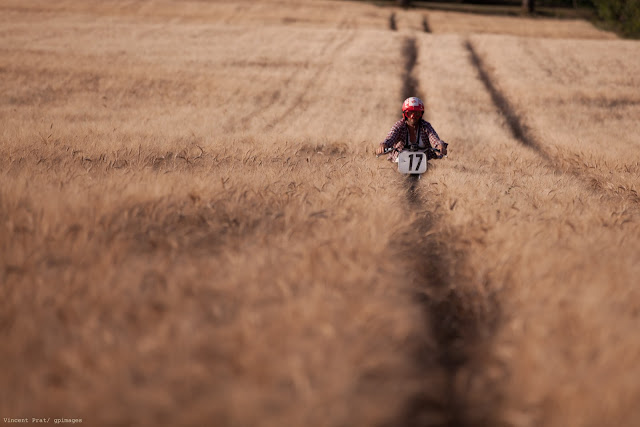