Before the sixties, motorcycle manufacturers usually used the same chassis for road and off-road bikes. Dirt bikes were often modified from road or race bikes. The Velocette scrambler was a factory-made machine based on the 500 MSS, whose standard power of 18 cv was doubled to 35cv by the use of certain components from the more powerful version the Venom: in particular the camshaft, magneto and carburettor.
It was possible to order an engine and frame from the factory that you could improve to satisfy your own requirements: they called it a "compé-client"*.
So, the bike that we have found was a "compé-client" owned and ridden by a local pilot for several seasons, until, just as for so many machines, the frame broke under the stresses of its off-road use.
.
This bike languished, broken, at the back of a garage for a while, until a mechanic in the 60s had the idea of turning the broken rear part into a lever armed shock absorber. For this a plane's shock absorber was used and the bike was off again on the track. However, these modifications were made on an ad-hoc basis and the shock absorber wasn't correctly calibrated, and so the bike was gradually abandoned and passed from one owner to another, each one putting his own stamp on it such as the seat, the gas tank from a Motobécane, etc, until our friend bought it and decided to completely restore it. And hence this photoshoot: the engine is currently being restored and then the frame will be optimized for a monoshock use.

Photos by Benoit Guerry for Guerrypratimages.com 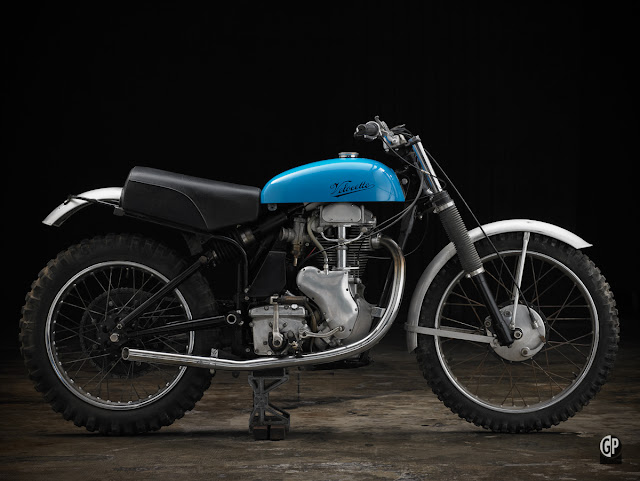 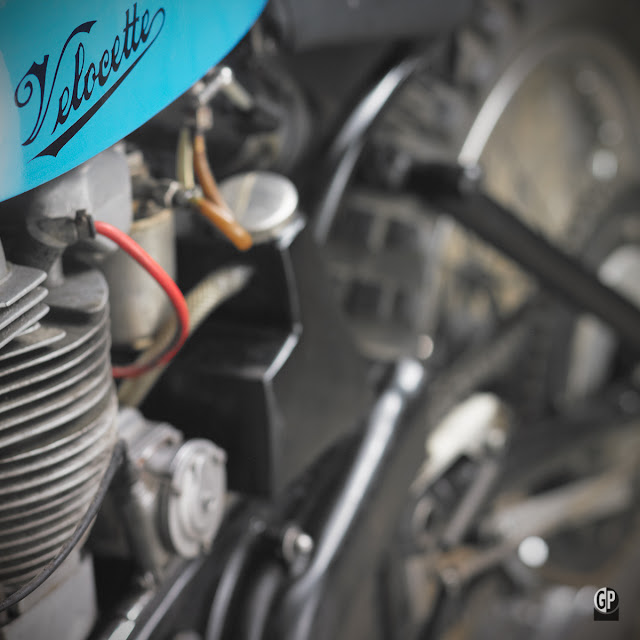 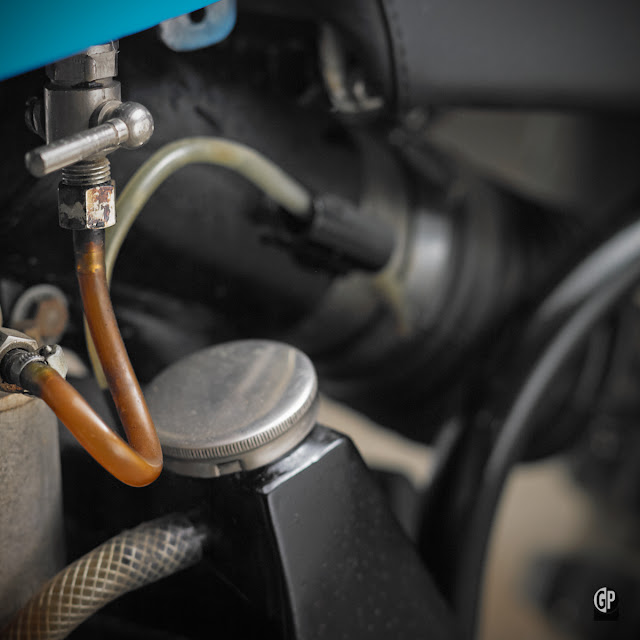 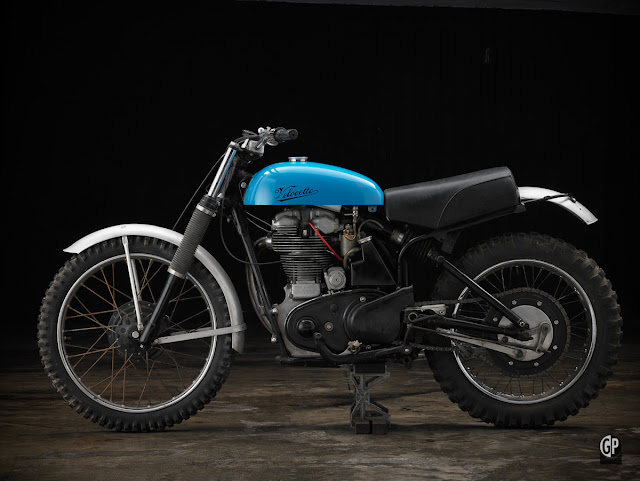 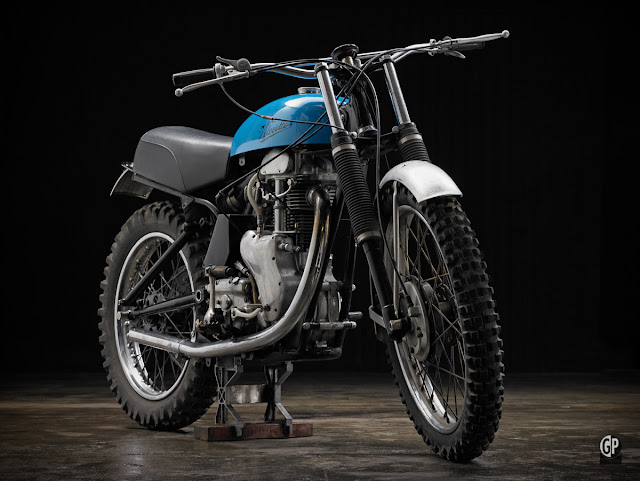 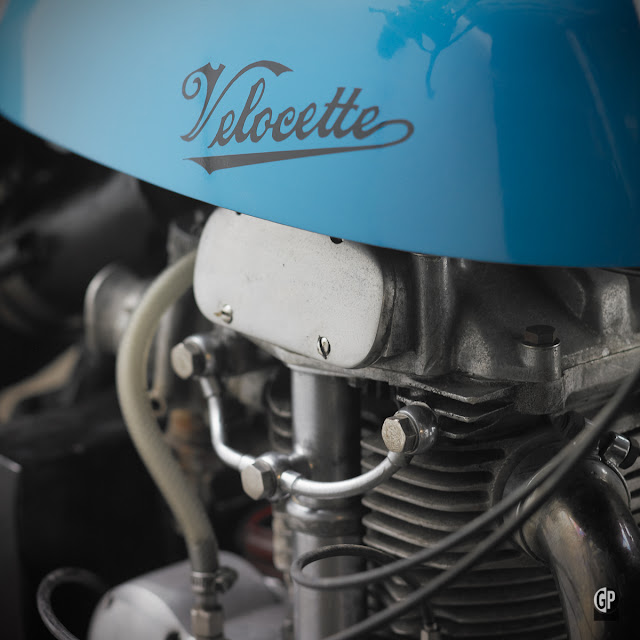 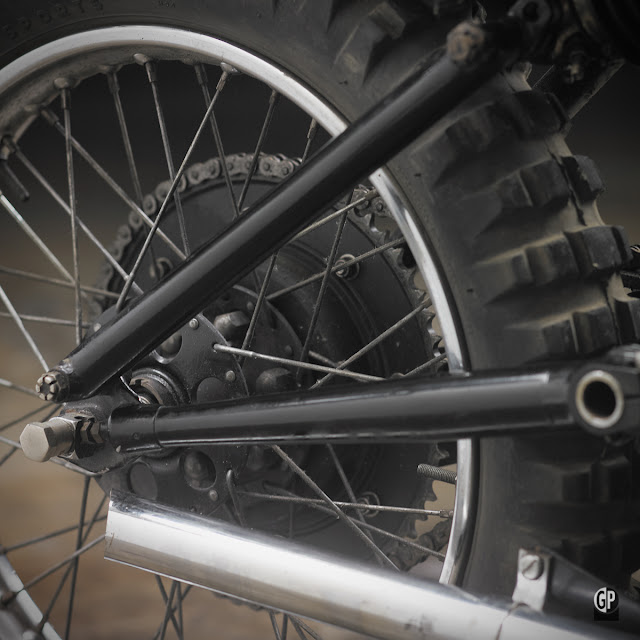 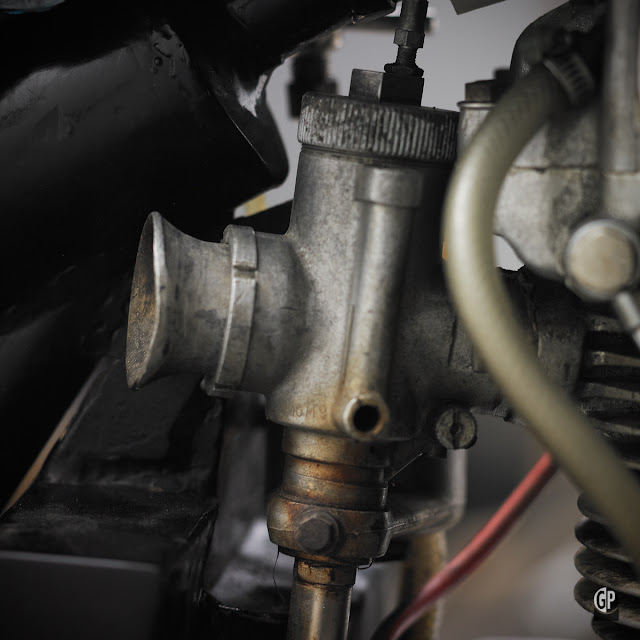 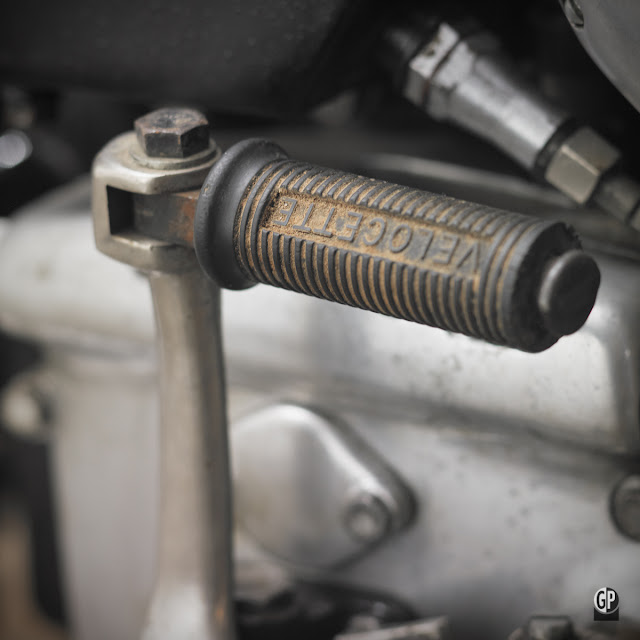 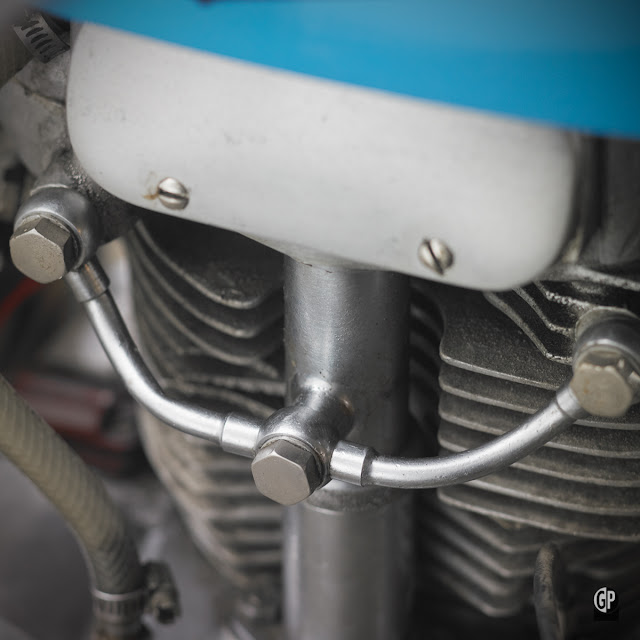 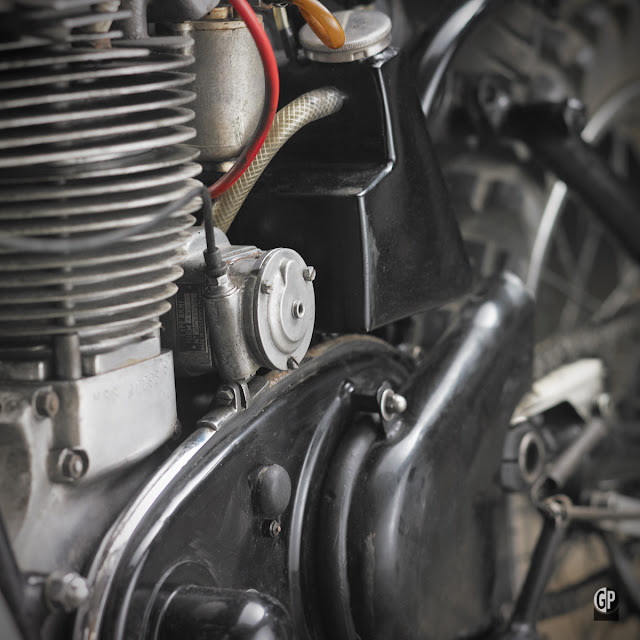 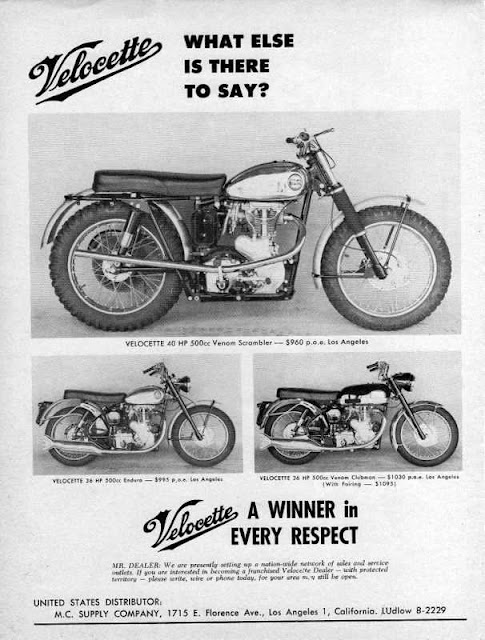