Many of us here in France have heard of Marco Raymondin. Marco is the founder of Brooklands Motors near Paris that he started in the late 70's as a Triumph dealer, eventually selling Ducati. Today Marco is back to his roots with dealing, adjusting and restauring British vintages machines. Here is his personal motorbiking route. 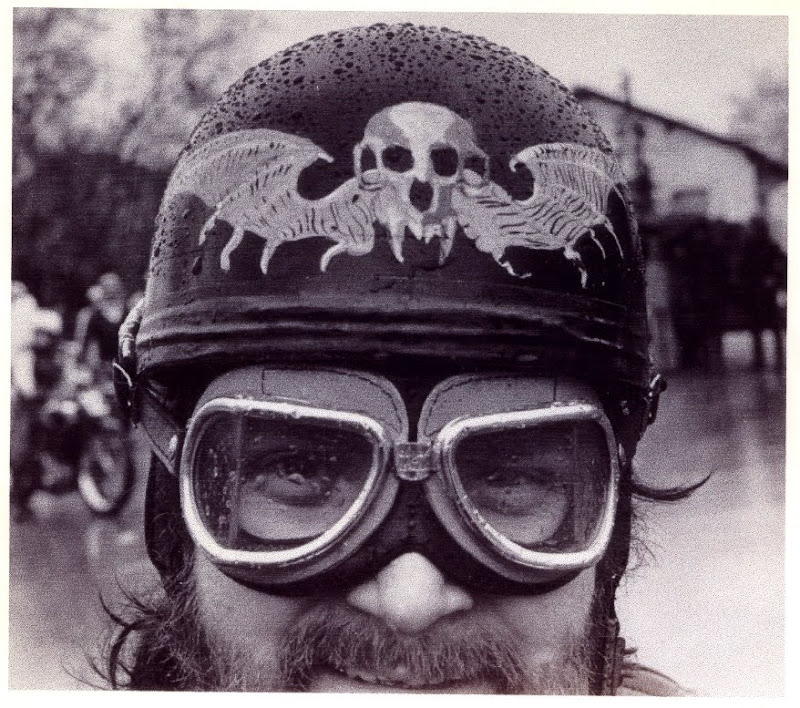 I was born in 1949 like the boss: Bruce Springsteen but in France and more important of all, in 1965, one month after my 16th birthday, I obtained my motorcycle licence. Glad to ride my first bike, a 125 cc Gnome et Rhone R4C, then a 175 followed by a 200 LX, that converted soon as trial bike.

In those days , there was a most important Trial comp. in the suburb of Paris: " Le Trial internationnal de Saint Cucufa"The president of the organiser club (ARSC, Amicale motocycliste de Saint Cloud) was Jacques Charrier a very famous racer and moto-crosser after the war.
He used to run a motorcycle shop named "Rapid moto" where he was selling trial bikes(Triumph). He soon gave me his enthusiasm and I became an Off Road and britsh bike addict! 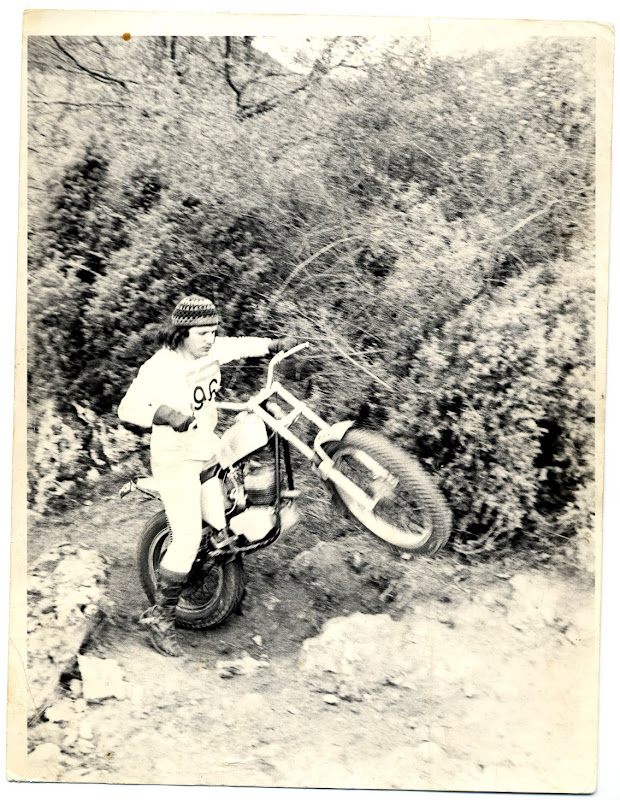 So, after a couple of BSA, Triumph, Triton, I bought a beautiful Vincent Rapide, the best bike you could dream about. With it I used to travel mainly in France and England specially Scotland where the roads and the people are fantastic! 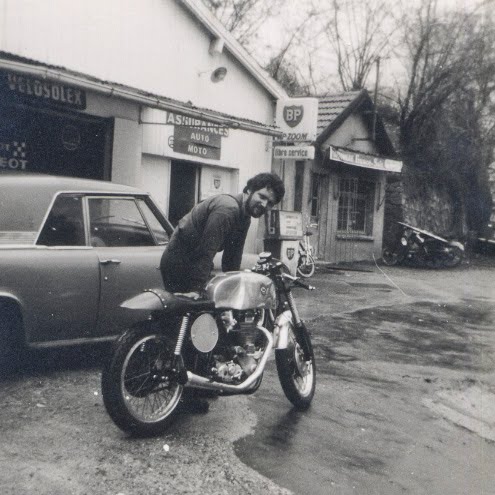 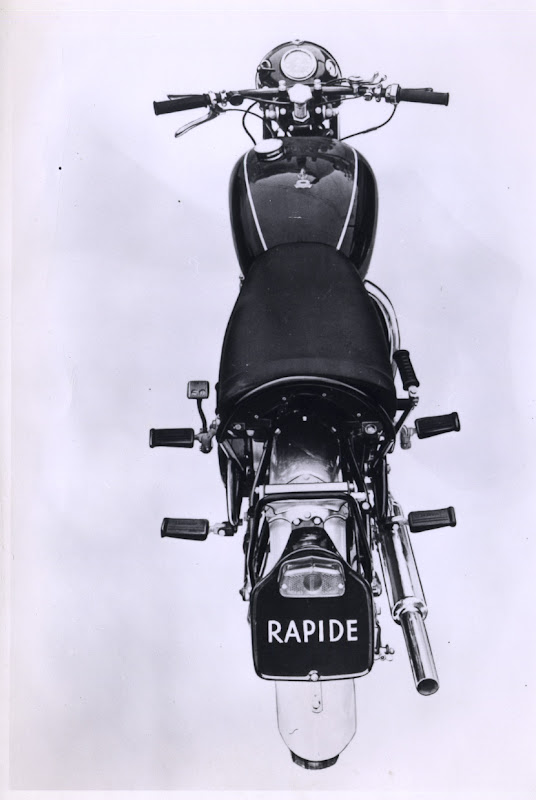 Riding in open road is one thing, but the thrill of motorcycle competition( racing, scrambling, etc...) was something even more exciting.
So while I was still riding in trial ( now with 125 Sprite and 250 Montesa with special frame) we created the AFAMAC (association Française de Motos de Competition) for promoting the vintage racing motorcycle. And we started tuning pre-war Norton ( push-rod ES2 who became faster than purpose built, Camy Norton Inter) and then very fast pre-unit Triumph, which of course were sometime faster than the legendary Manx Norton. 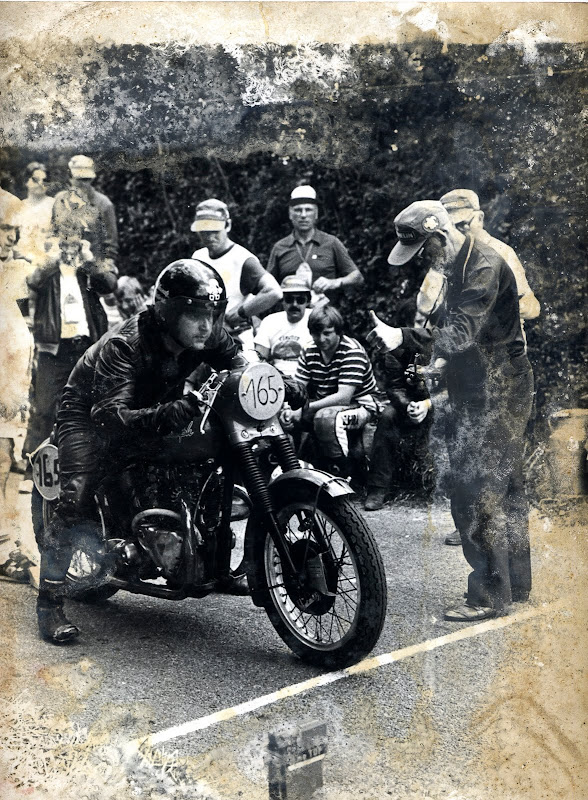 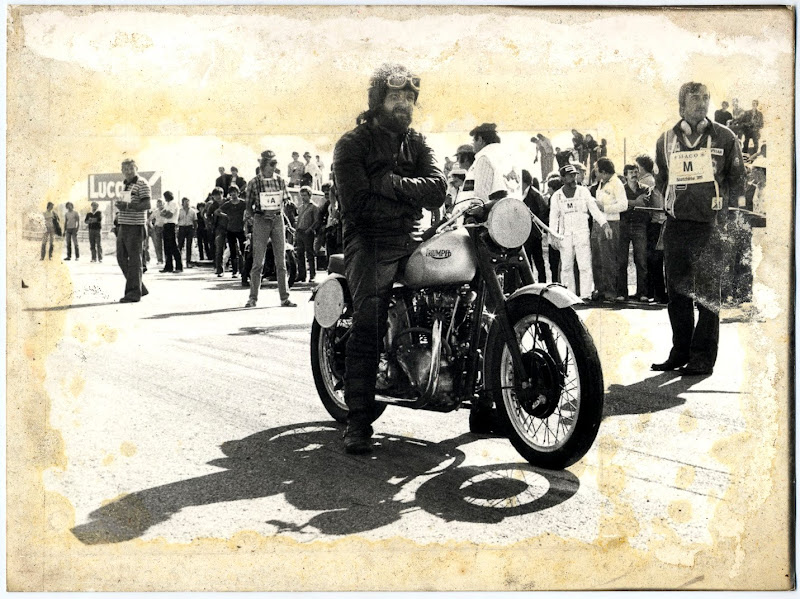 At that time I even had a go at drag racing with a big blown pre-unit Triumph running on Nitrous. That was the top for rising adrenaline. 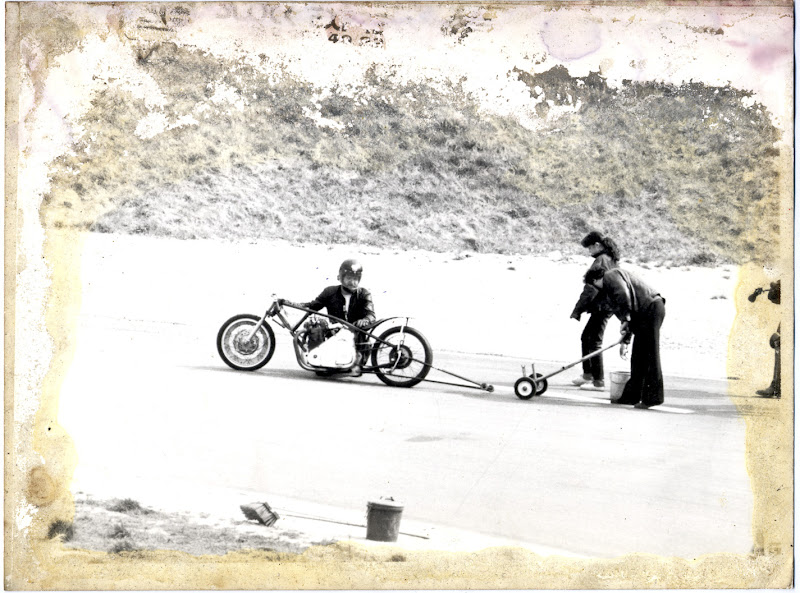 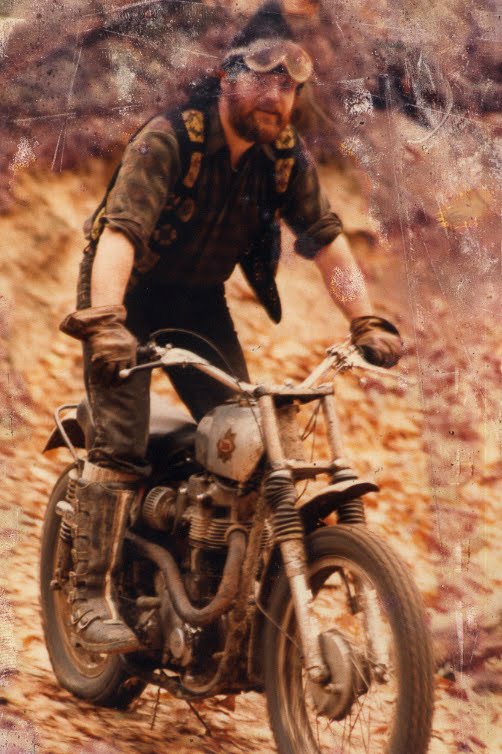 After several years we opened to Bultaco, Ossa, Fantic etc...) the rules being: twin shocks, air cooled engine and drum brakes.
And as the vintage movement was in the air, we did the same thing with moto-cross and enduro. 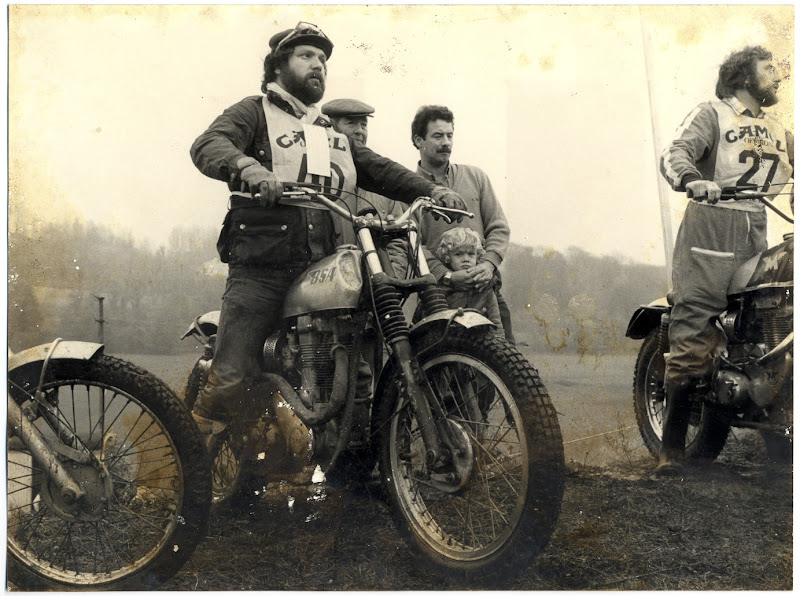 Now there are plenty of clubs running events for those bikes of yesterday and I'm proud ro have been one of the persons who started the movement in France.
But it's not nostalgia, I. Just like bikes that looks and sounds nice. 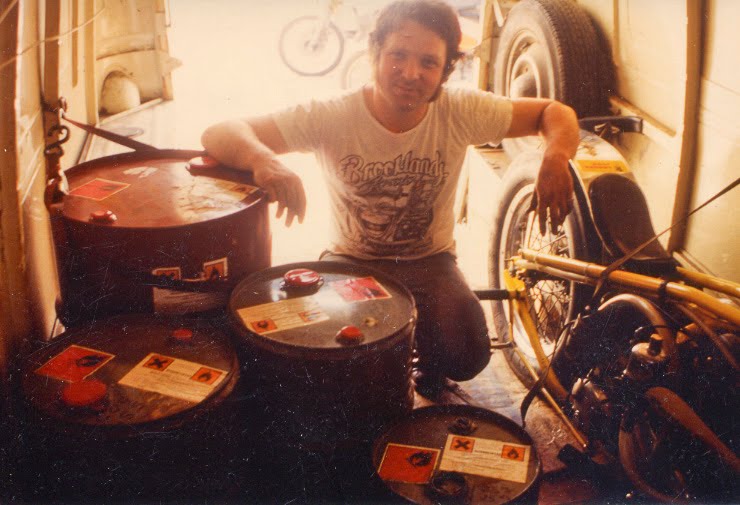 Marco is currently preparing his 1956 Triumph for the Bonneville Speedweek , and I hope to meet him over there.
Thank you Marco for opening your archives and share with us.