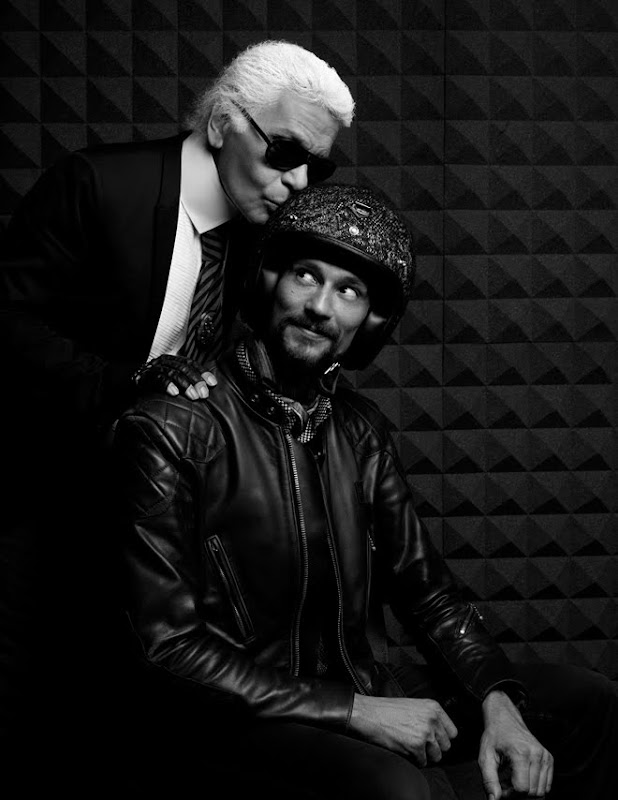 Our third "Your Favorite Five" guest is the Man behind Ruby, the French Helmet Conpany that has brought the biker essential accessory to a new Cult Fashion Standart.
By asking designers and celebrities to join his brand, Coste has develloped a range of helmets that you can find in the top fashion boutiques as well as in very serious bike stores.
Jérome has inherited the biking genes by being raised on a single-cylinder Norton saddle by his Father.
Thank you Monsieur Ruby for joining the Southsiders Family.


So here is my dream garage :

1 ) There is no ranking in my list, the first one is the link with your previous guest : Jeff Decker's Crocker Custom.
Beside the fact that I love is work of art on Bronze action sculptures, he just did the perfect custom bike, slick and classy, on a rare national pride base.
I have a special affection for the oil tank. 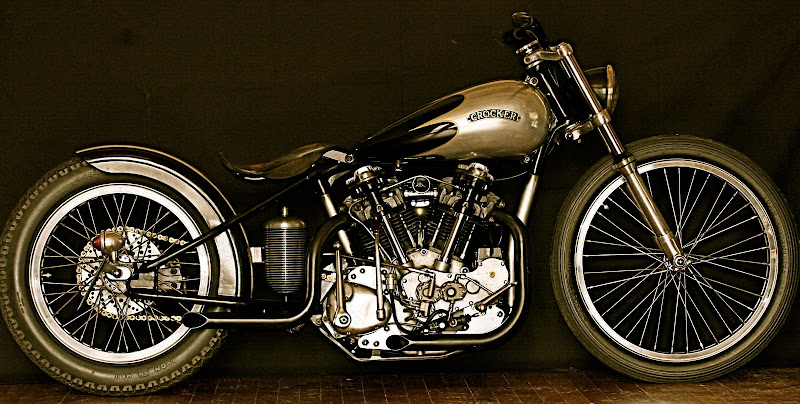 2 ) My dad's 1935 Norton ES2, a rigid production bike turned into a sweet racing machine.
I've seen my dad racing it since I'm 10, my brother Dimitri - Ateliers RUBY main photographer - and I now have the chance to ride it for special events.
This 75 years old lady is always up and running, balanced and agile, such a thrill to ride. 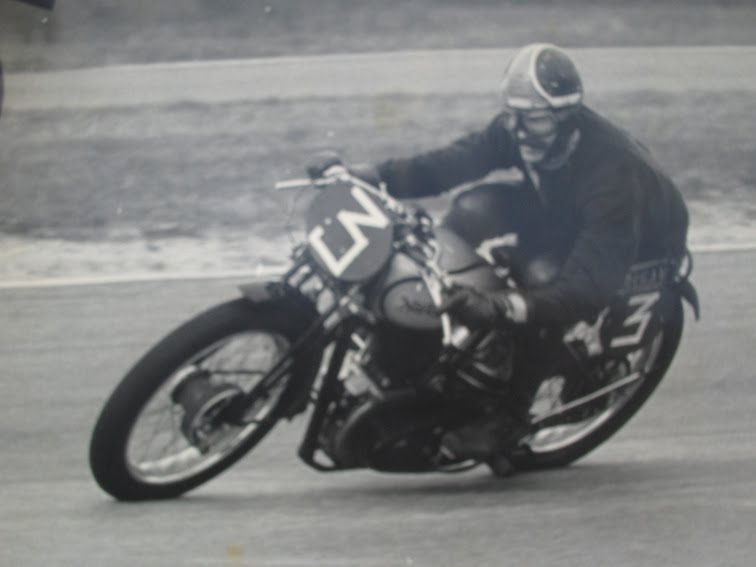 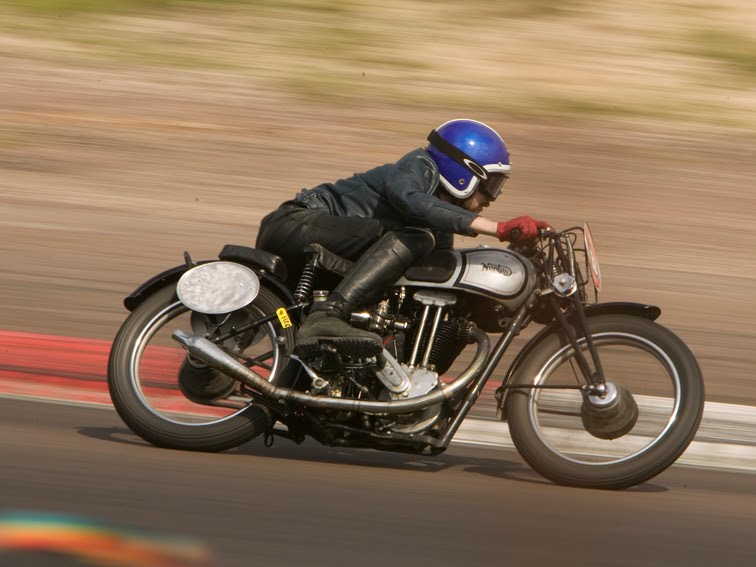 I love flat trackers in general, the pureness of the global aesthetic of the machines with their flat and long tanks, wide handlebars and giant square numberplates.

I doubt that this wouldn't be linked to the impact of watching "On any Sunday" (AKA Challenge One on french TV), and playing with Evel Knievel Stunt Rider when I was a kid.

This one is special, retro and futuristic at the same time with the two big frame tubes, matching the bulliness of the tyres, expressing fiercely its racing spirit 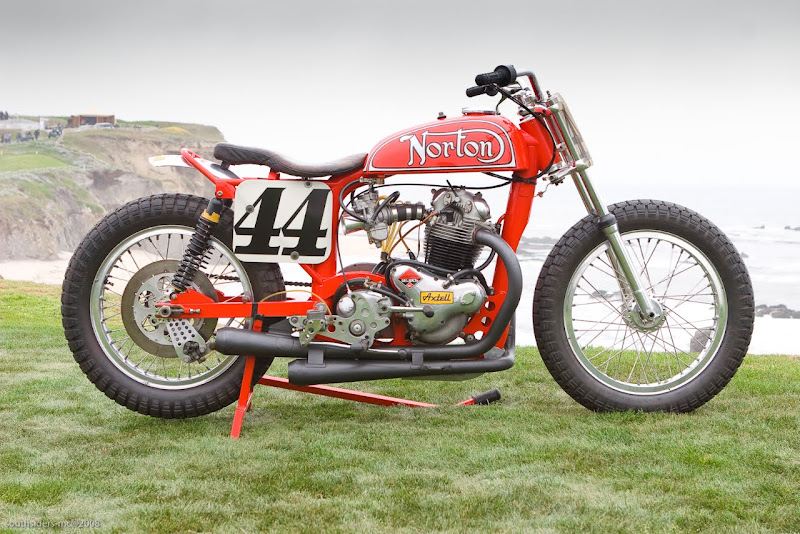 4 ) This one also seduced me with its bold volumes. I first discovered the Confederate B120 Wraith in the great UK edition of Intersection magazine 5 years ago.

It was a shock ! I'm not really into modern bikes or cars, more drawn by vintage things in metal, leather and wood or Retrofuturistic Customs, and this Muscle Bike is like an UFO, out of any league..
Only fifteen were made of the last version I had the chance to ride in Paris, and to be honest I didn't have the time and maybe the guts to have a real talk with the 1965 cc V-twin JIMS of the 90 000 € bike beetween my legs. I lately met with the inspired founder Matt Chambers and designer Ed Jacobs. I designed for them Confederate helmets made by the Ateliers RUBY that will soon be released. For the next step of our collaboration, we are talking about making 6 pieces of a special edition of the Wraith by les Ateliers RUBY. 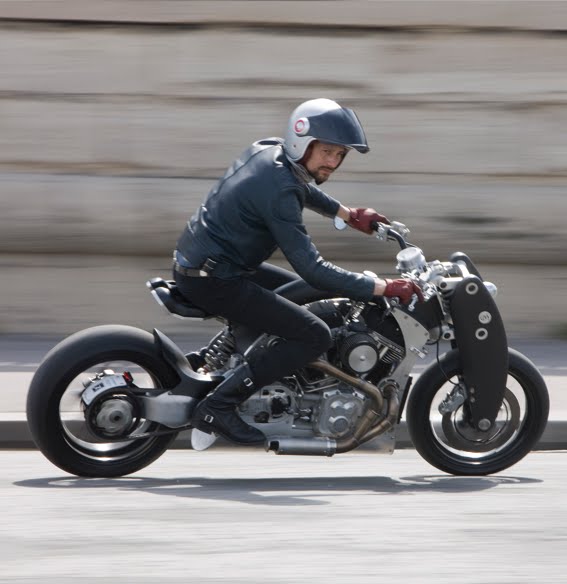 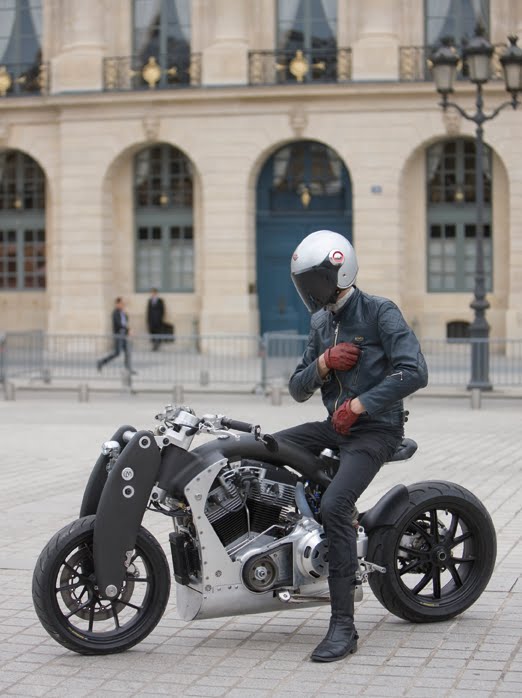 5 ) For the last one I wanted a dirt bike, the perfect bike in natureo escape. I hesitated with the late sixties Husqvarna MX bikes, because it's my year and I love this red tank with the mirror diecut, and of course for other historic reasons… But finally my choice went to this jewel that represents the start of a long and succesfull dedication to Motocross for Honda : The 1973 Honda CR 250 Elsinore named after the famous california race town of the Elsinore Grand Prix. Once again it is linked to Bruce Brown movie, sorry I can help it. 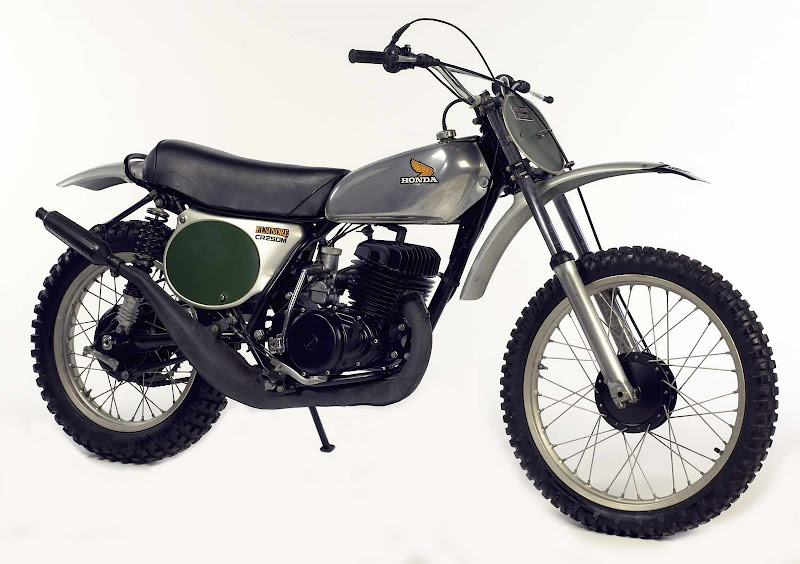 But the real dream bike is the one that comes out of your mind to real life, like you guys did with the Chanel bike…