The first time i saw Conrad's works it was during the last Legend of the motorcycles in Half Moon Bay, Cal. where had been invited. This guy is really an unbelievable arist, i invite you to take a look on hi paintings and if you're going to London take time to find him.
I ask Conrad to give the Southsiders a brief story on him, so enjoy. 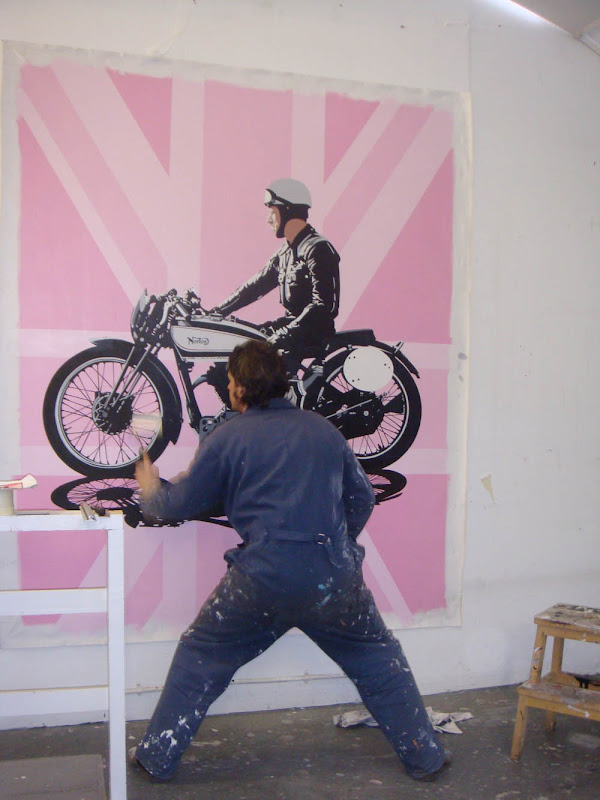 Norton jack & Conrad
BIKEWORKS
“The Legend of the Motorcycle, The Ritz – Cartlon, Half Moon Bay, California, USA.
May 2008
Conrad Leach was invited to debut a new selection of paintings reflecting his love of motorcycle culture at the Legend of the Motorcycle 2008 event.
The event brings together a selection of privately owned classic motorcycles in the spirit of a ‘Concourse D’Elegance’ style event held over a weekend at the Ritz-Carlton hotel in Half Moon Bay, California.”
The subjects of the paintings were :
Norton Jack – The golden age of racing at Brooklands in England.
Banner Racers – Classic 60’s American Road racing.
Lucky 13 – The start of competitive racing in America.
Wyatt – A Tribute to Easy Rider star Peter Fonda.
All paintings were large scale Acrylic on Canvas.
Also available as a series of box framed Giclee prints. 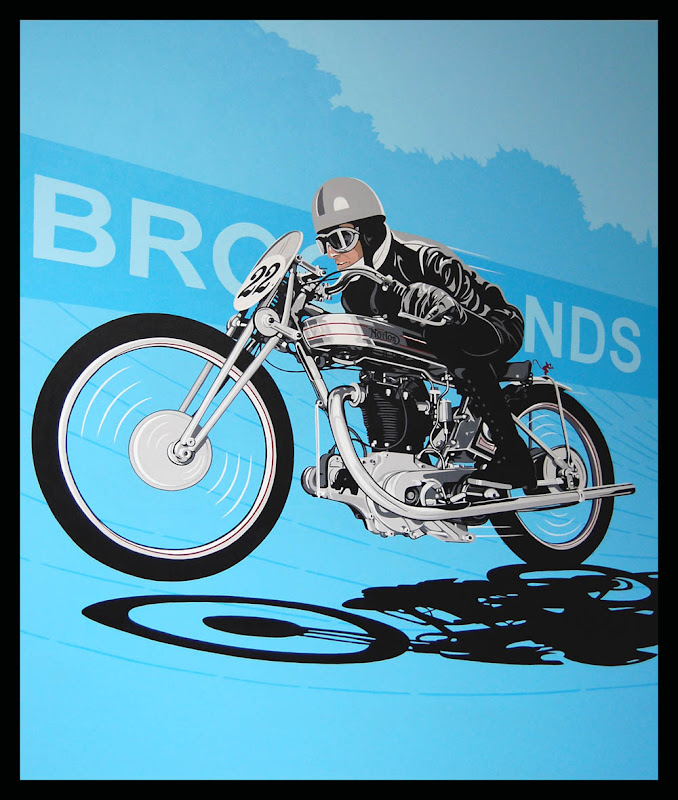 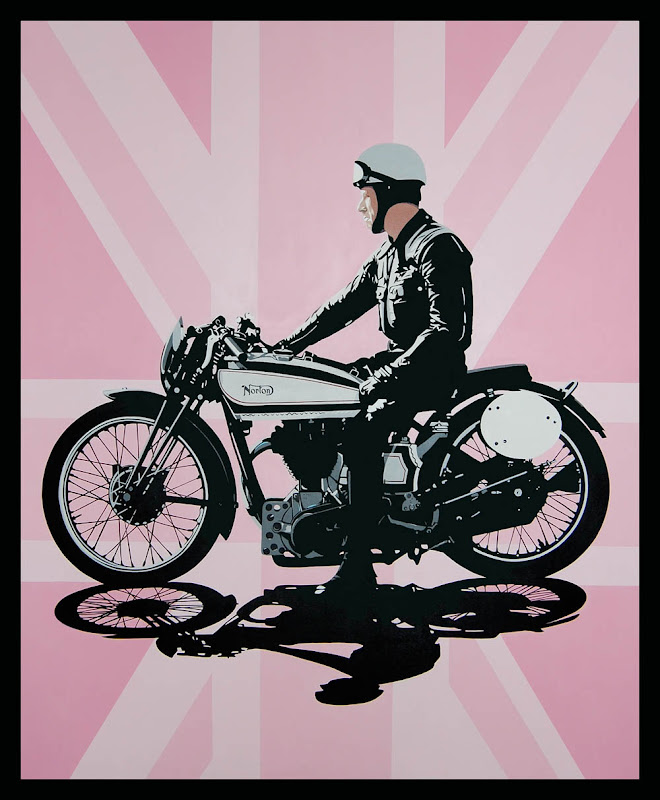 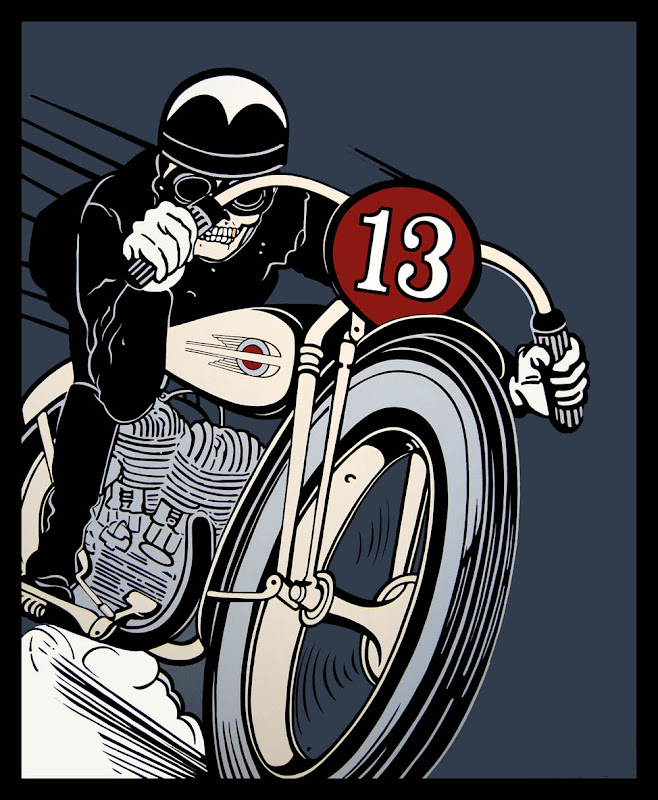 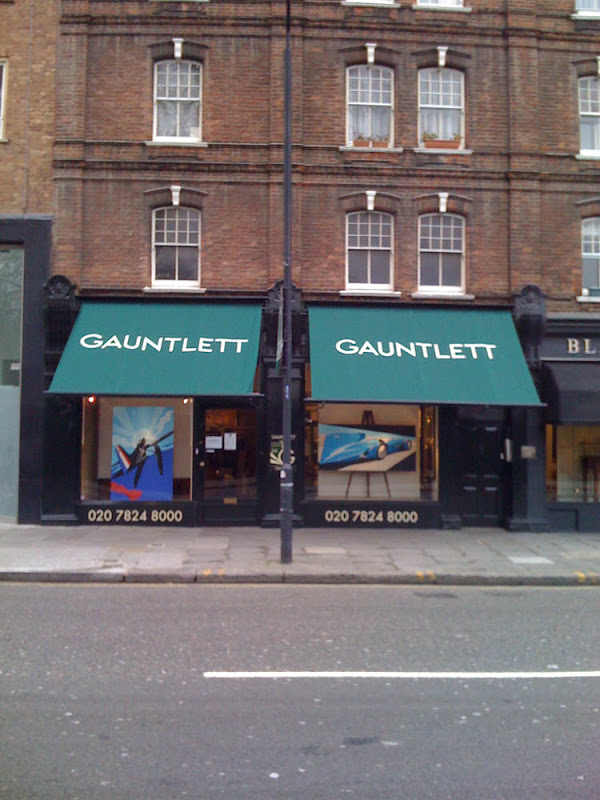 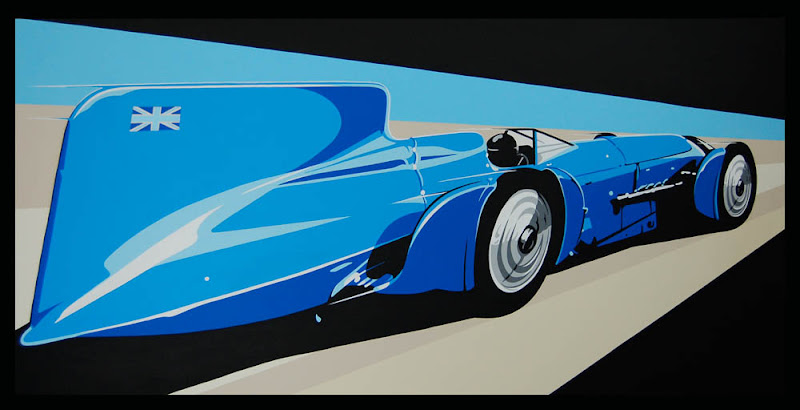 Bluebird final canvas
POP UKIYO-E
An ongoing series of works produced with Hisato ‘Casper’Hamada (my agent in Asia).
Blending western aesthetic with traditional Japanese iconography -
There is a show planned in Tokyo at the end of 2010. 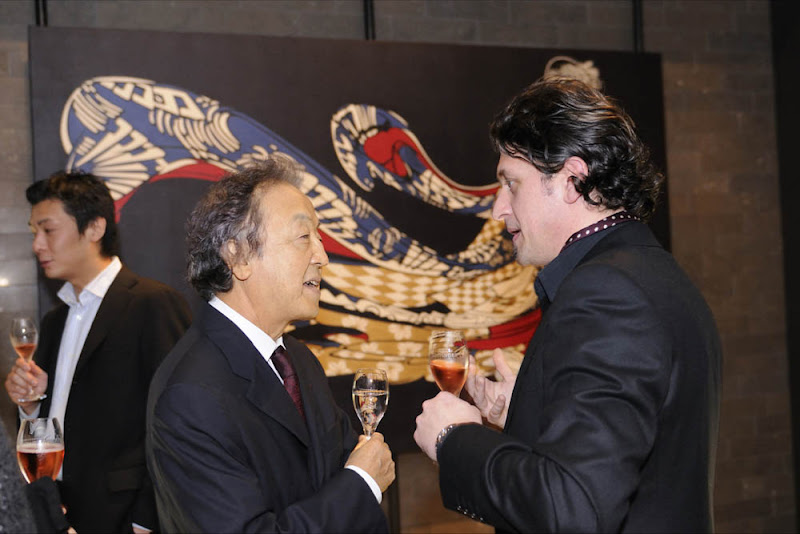 Mr Hata and Conrad at the Grosvenor
Whant to see more, his website : http://www.conradleach.com/