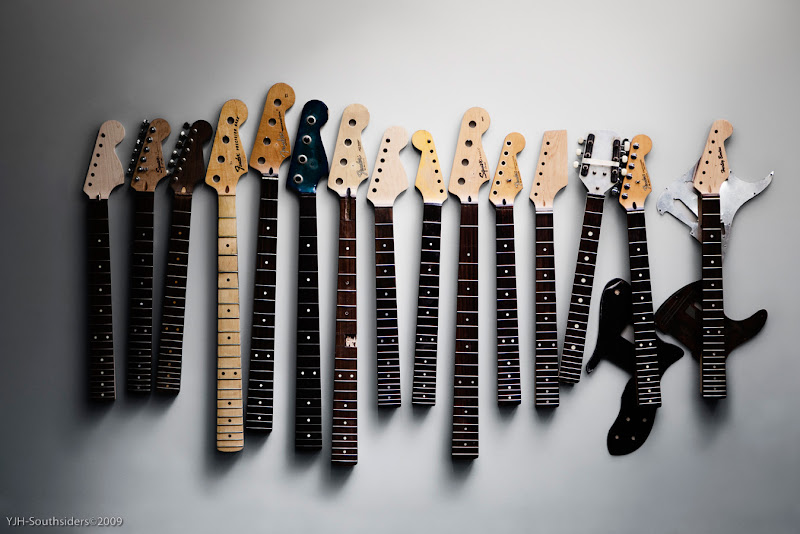 Photo YJH
Guitare Garage is a guitar workshop located in the heart of Pigalle in Paris, the essential neighbourhood for musicians. The workshop is one of the
only places in Paris that repairs electric guitars. With over 15 years of experience in the workshop and on stage, Johann & the Guitare Garage team
guarantee unbeatable service and top-noch work. It is also a meeting point for celebrities from the film, fashion, art, advertising and, of course, music
worlds who share a passion for Rock (and motorcycles).

Email ThisBlogThis!Share to TwitterShare to FacebookShare to Pinterest
Labels : music 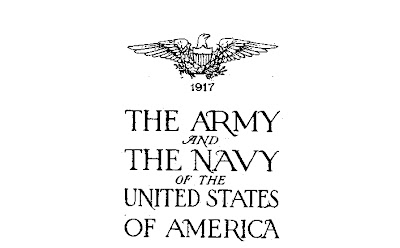 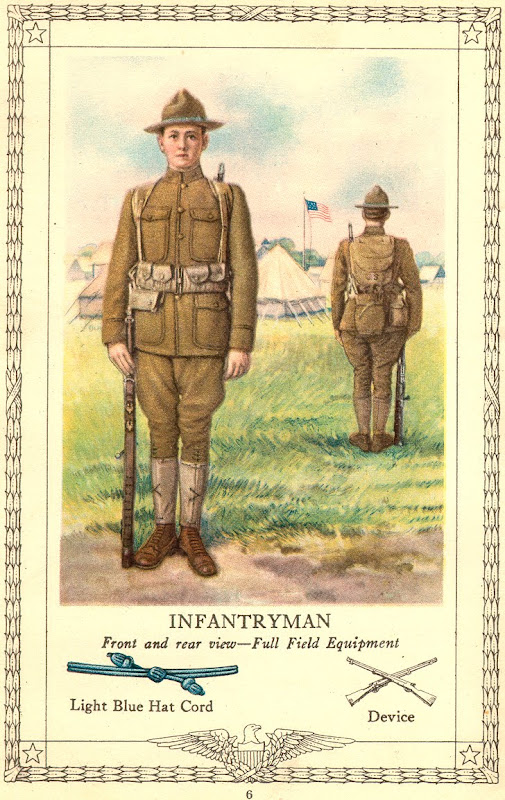 The infantry is, in a sense, the army. Other arms of the service, the cavalry, artillery, etc... are auxiliary. They are for the purpose of enabling the infantry to win battles.
There are about 26.000 men in an army division. Of this total the infantry numbers about 19.000, the cavalry, artillery, engineers, sanitary train, signal corps, being about 7.000. On the march the division extends along fifteen miles of road and moves at the rate of two to two and a half miles an hour. At the end of every fifty minutes the division halts and the men are allowed ten minutes rest, with an hour for lunch.
A division is the smallest tactucal unit. In the words of General Wood, it is the smallest unit that can be called an army.
Our army is not organized into tactical divisions, however, having been distributed widely among our forty-nine mobile army posts. 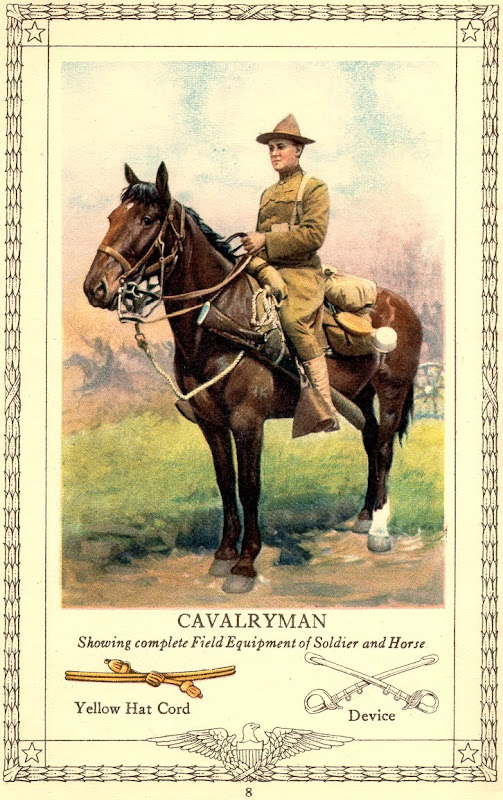 The cavalryman or trooper because of the open formation of most cavalry movements, must have plenty of dash and individual resourcefulness. He must, of course, be a horseman of more than ordinary skill. He must be able to vault into the saddle from the ground, and must know how to care for his horse as well.
The arms of the cavalryman are the saber, rifle, and automatic pistol. He is required at times to dismount and fight on foot, a phase of service in which the cavalry of this country execls.
The division on the march is preceded by a regiment of cavalry, which reconnoitres, and screens the movements of the division by preventing the enemy from reconnoitring. 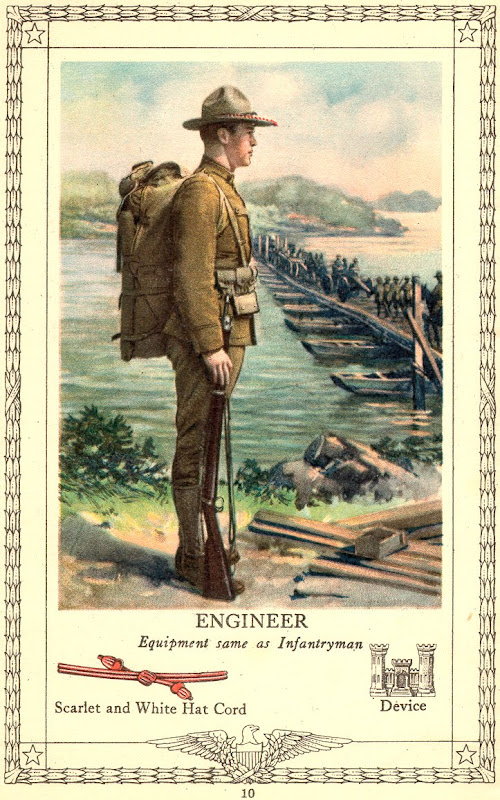 The engineer often receives a part of his training in civil life. He must, however, also have specialized knowledge for army service.
He solves problems of camp location and drainage; constructs cover for the men in the trenches; erects field fortifications; creates obstructions for the enemy and clears them away for his own division; builds railroads, bridges and repairs roads, does all pioneering work, and, in short, actually performs and superintends all construction plans of the army.
Army engineers built the Panama Canal. 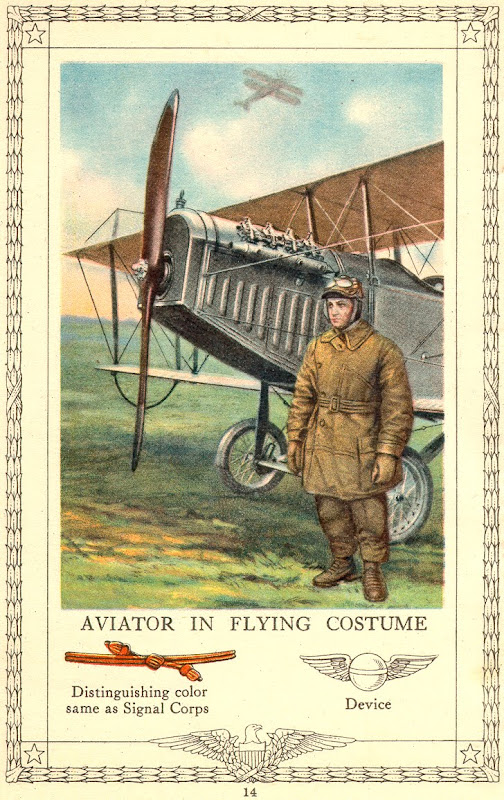 The aviation corps, listed as aeroplane service, has supplanted the cavalry of the old days, as the eyes and ears of the army.
Its importance in this service has been recently demonstrated, and so greatly has this importance been valued that all nations have contracted for thousands upon thousands of these birds of the air.
Signalling, of course, is done from aeroplanes, but greater duties of the aero squadron are scouting and directing artillery fire.
The aviation corps is part of the regular army signal corps. 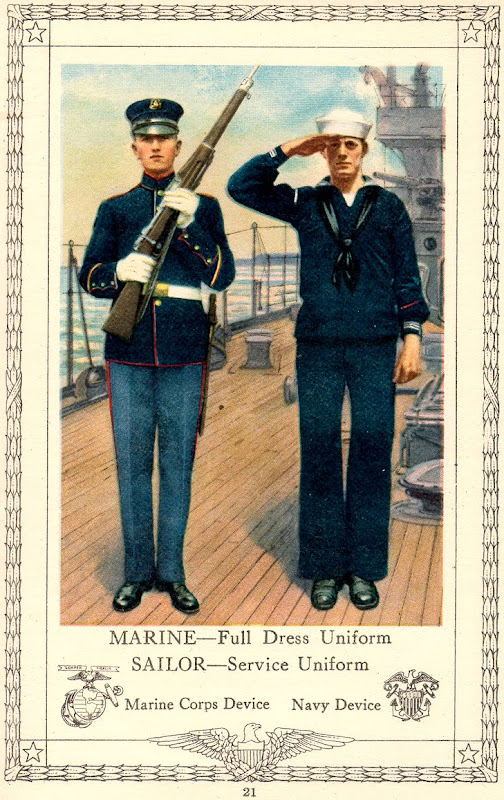 In a 27.000 ton battleship is a crew of some 1.100 men. In battle, some 400 or more men are engaged in serving the main battery guns; possibly twenty actually see the result of the fire. In the engine rooms are nearly 300 more men upon whose efficiency depends in no less degree the success of the battle.
The Marines are in effect sea-going infantry. They are called into action when a seaport must be quickly seized, or a legation in a foreign country protected. A battleship carries two officers and about seventy men of the Marine Corps.
These are in the Navy, in peace times, Sailors, Marines, and Officers.
In our Naval Militia are enlisted men and officers.