For our last post in 2010 we felt like closing the year with a life sized toy.... We are also children after all!

All shooting sessions in Ze studio are an adventure story, this one could take two books full of what can be discovered and told about the machine and its pilot.
In this first post let's talk about this "machine". I write of a "machine" cause it's a strange mix between motorcycle and car as you're about to see. 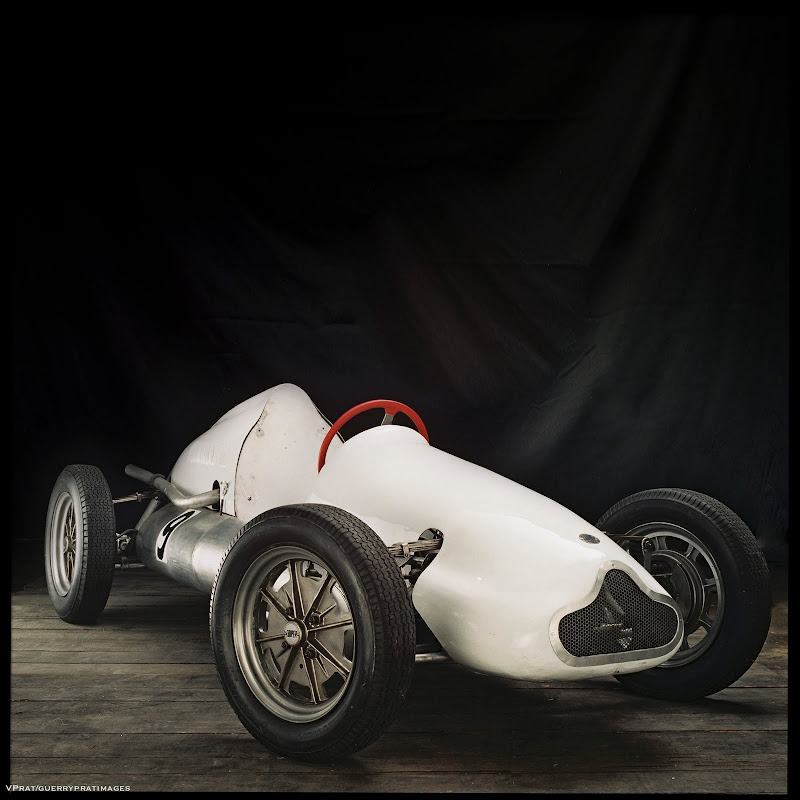 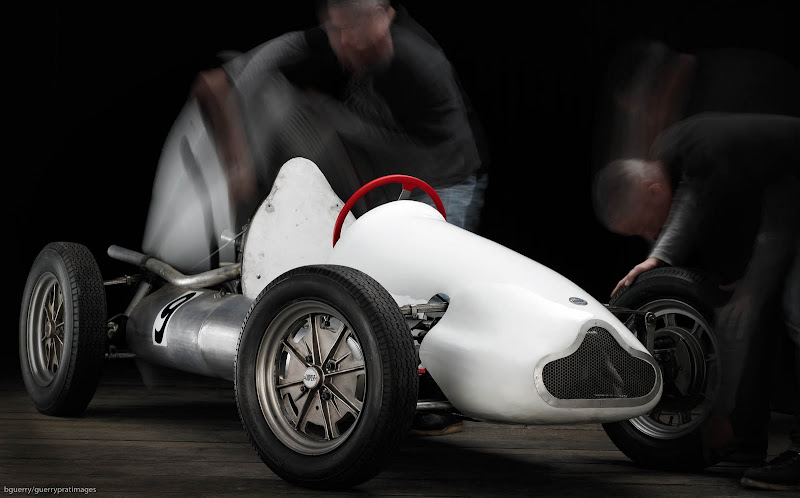 On such cars, some of the most famous english pilots have started and competed: Sterling Moss, John Surtees, Jack Brabham, Ken Tyrrell among many others.

500cc class was launched in 1946. John Cooper and his childhood friend Eric Brandon wishing to race in this economical category, decided as many other pilots of those days, to assemble their own prototype (T2). They will create later on, with John's father, their compagny, The Cooper Car Compagny.

John and Eric will win many races among which The Prescott Race and will make the COOPER 500 evolve during the following years. Afterwards, John had a brilliant carrier as a Formula 1 tuner and belongs to those who revolutionnarized this sport. 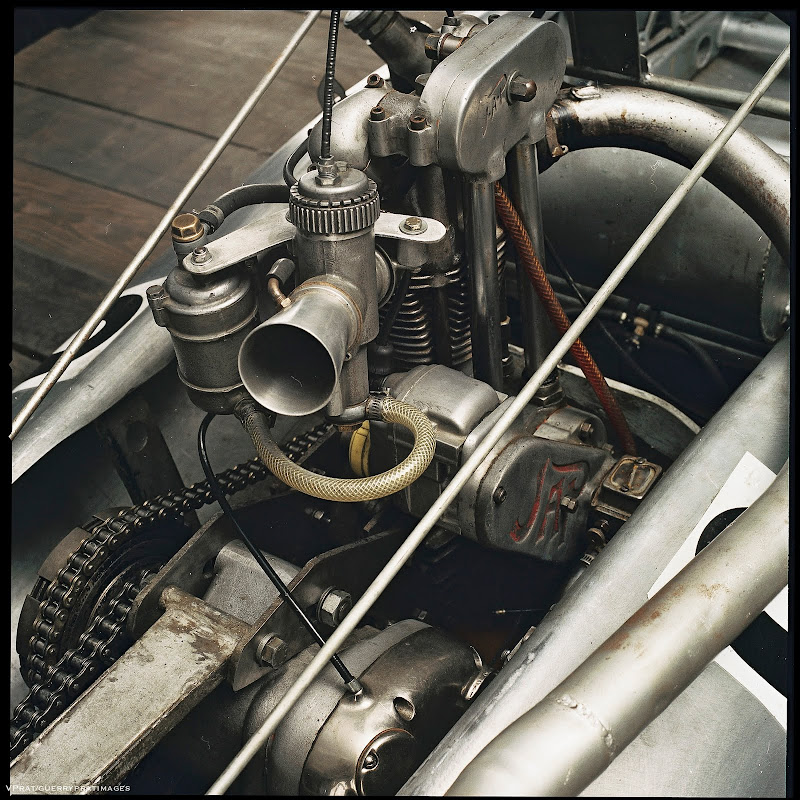 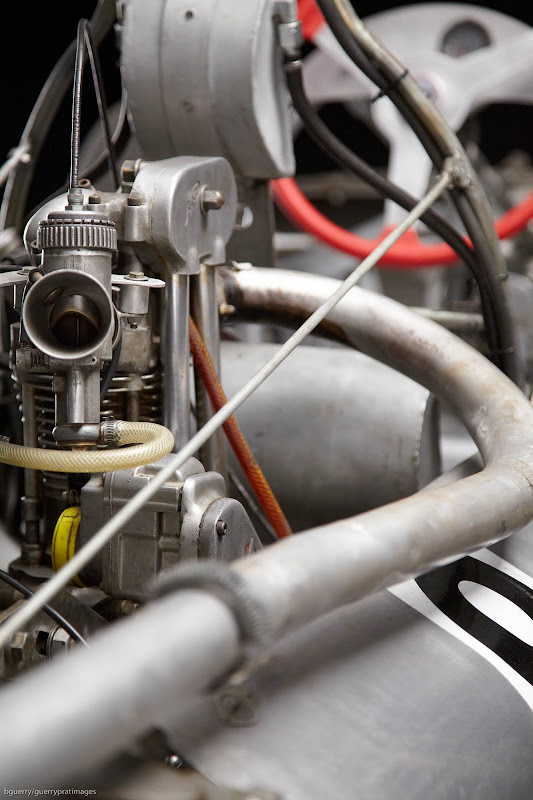 The prototype (T2) prefigures the model we photographed, its a tubular chassis, the bodywork is alloy made, the engine, placed behind the pilot, is an air cooled, mono cylinder, alcohol fed 500cc J.A.P 4B providing 45 Hp at 7000 rpm with a compression rate of 16.1 . Direct transmission is with a motorbike chain. At those times this JAP engine is quasi universal in many sports in England such as speedway, sprint, grasstrack, cycle cars....

The 4 gears box is of a NORTON MANX. A few models are equipped with a 4 gears BURMAN. The rims, true pieces of art, are made out of magnesium. 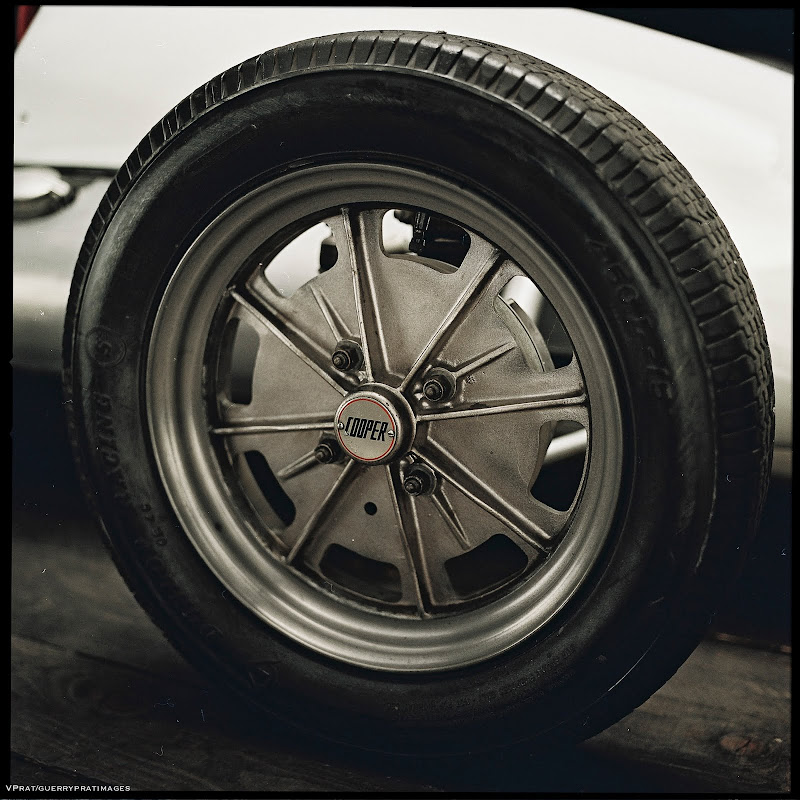 For some versions, they will even use the 1000cc V shaped bicylinder JAP. 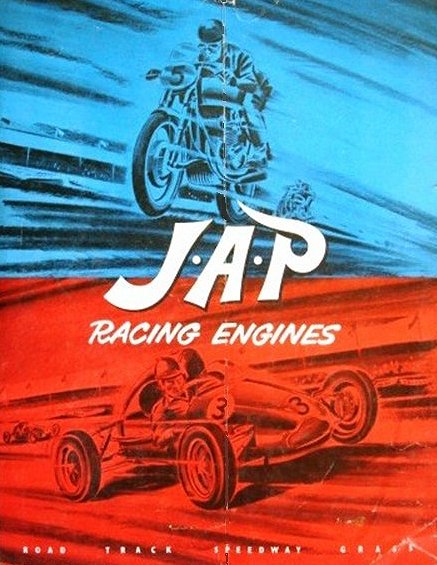 For later versions the Jap engine will be replaced by the NORTON MANX one more powerful about 50hp soon on some models they will use a 500cc T100 Triumph alloy engine, this is the case for the one we photographed. 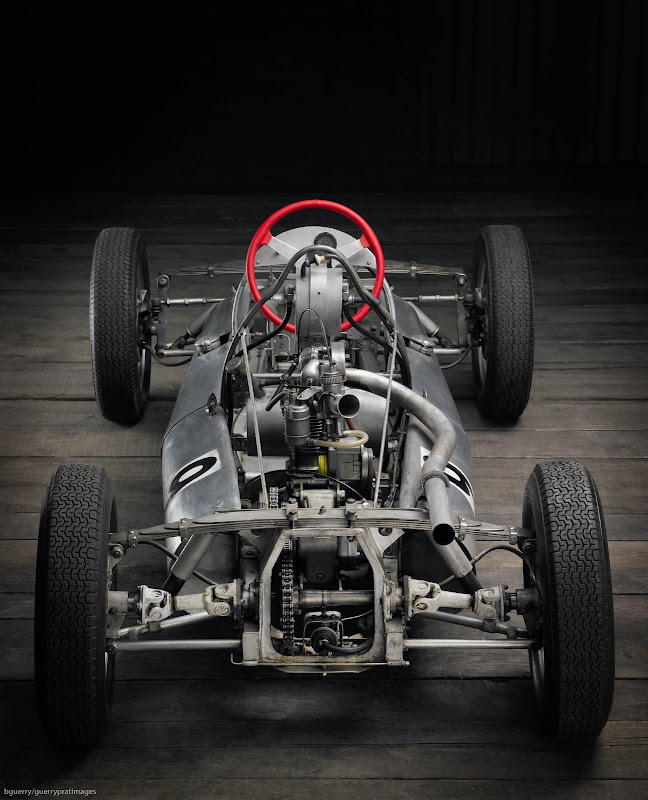 The owner, prefering the sensations and the torque of the mono cylinder, replaced it by a JAP. 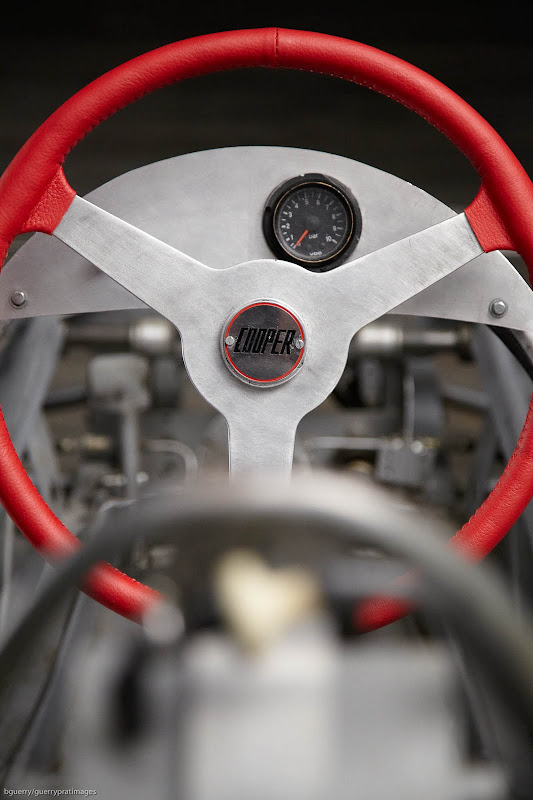 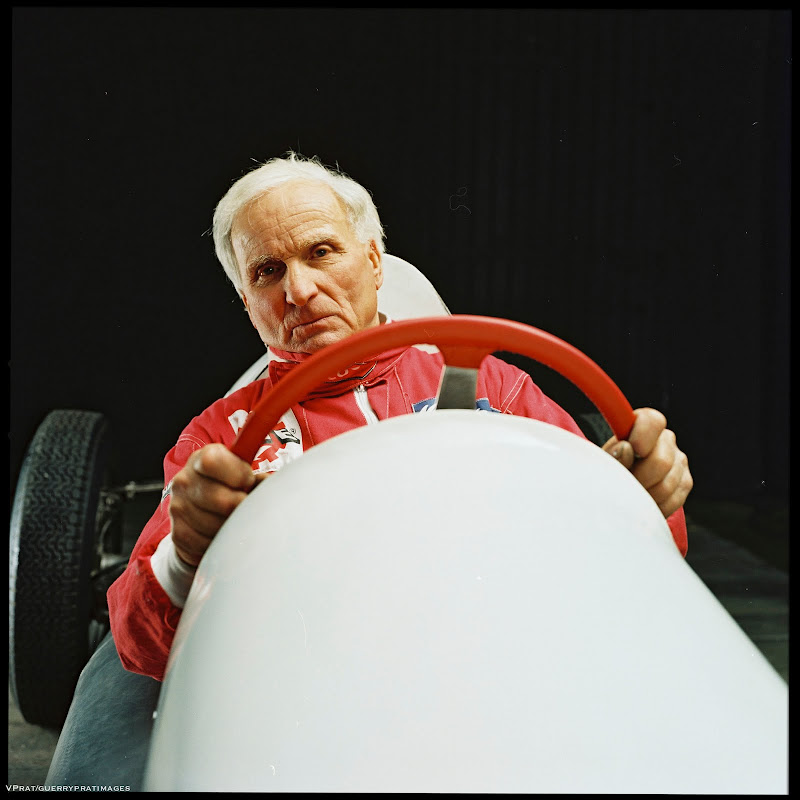 I don't know if Santa Claus hear us, but I would certainly order one....