Rogue waves (also known as freak waves, monster waves, killer waves, and extreme waves) are relatively large and spontaneous ocean surface waves that are a threat even to large ships and ocean liners. In oceanography, they are more precisely defined as waves whose height is more than twice the significant wave height (SWH), which is itself defined as the mean of the largest third of waves in a wave record. 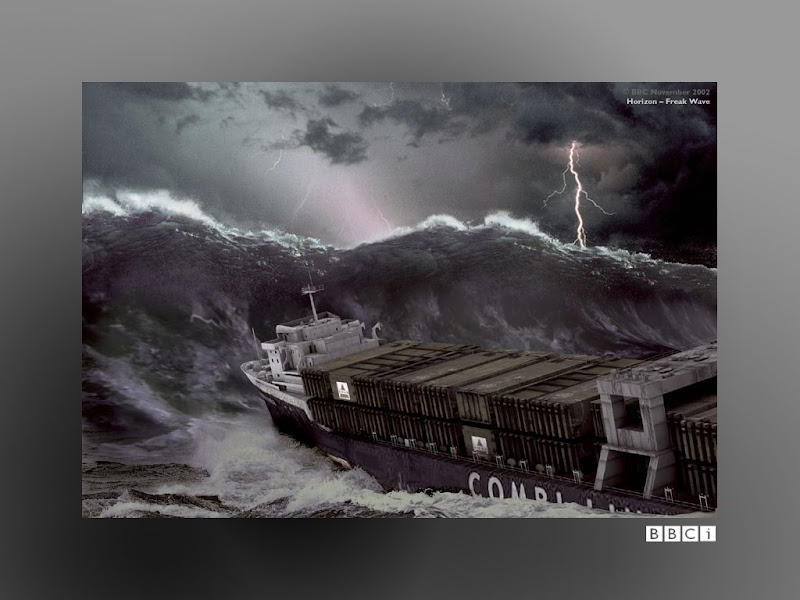 Therefore rogue waves are not necessarily the biggest waves found at sea; they are, rather, surprisingly large waves for a given sea state. "Rogue waves are not tsunamis, which are set in motion by earthquakes [and] travel at high speed, building up as they approach the shore. Rogue waves seem to occur in deep water or where a number of physical factors such as strong winds and fast currents converge. This may have a focusing effect, which can cause a number of waves to join together. 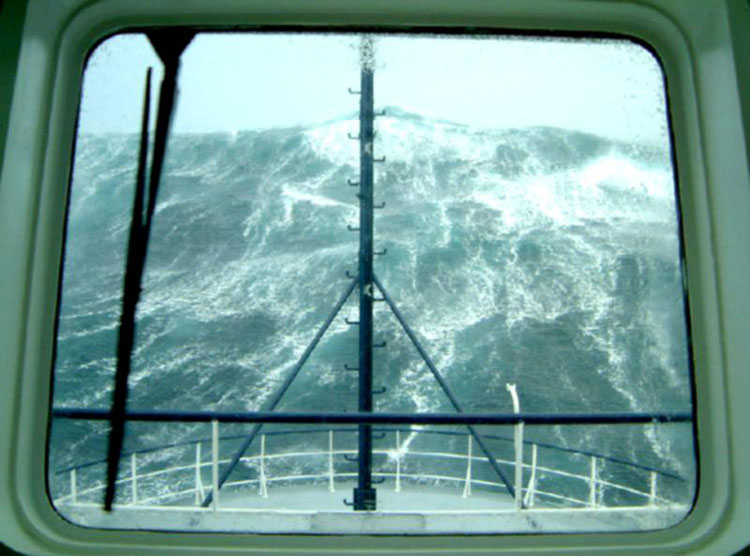 Once thought by scientists to exist only in legends, rogue waves are now known to be a natural ocean phenomenon. Anecdotal evidence from mariners' testimonies and damages inflicted on ships have long suggested they occurred; however, their scientific measurement was only positively confirmed following measurements of the "Draupner wave", a rogue wave at the Draupner oil platform, in the North Sea on January 1, 1995. During this event, minor damage was inflicted on the platform, confirming that the reading was valid. 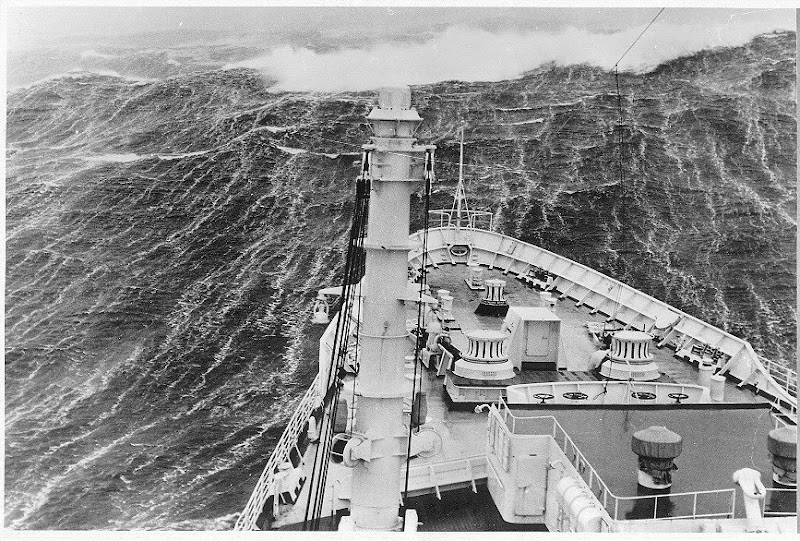 Freak waves have been cited in the media as a likely source of the sudden, inexplicable disappearance of many ocean-going vessels. One of the very few cases in which evidence exists that may indicate a freak wave incident is the 1978 loss of the freighter MS München, detailed below. In February 2000, a British oceanographic research vessel sailing in the Rockall Trough west of Scotland encountered the largest waves ever recorded by scientific instruments in the open ocean, with a SWH of 18.5 metres (61 ft) and individual waves up to 29.1 metres (95 ft). "In 2004 scientists using three weeks of radar images from European Space Agency satellites found ten rogue waves, each 25 metres or higher. 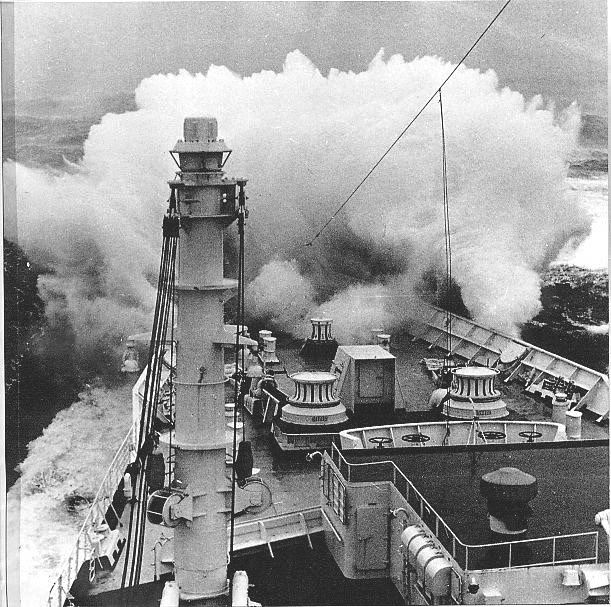 In the course of Project MaxWave, researchers from the GKSS Research Centre, using data collected by ESA satellites, identified a large number of radar signatures that have been portrayed as evidence for rogue waves. Further research is under way to develop better methods of translating the radar echoes into sea surface elevation, but at present this technique is not proven. 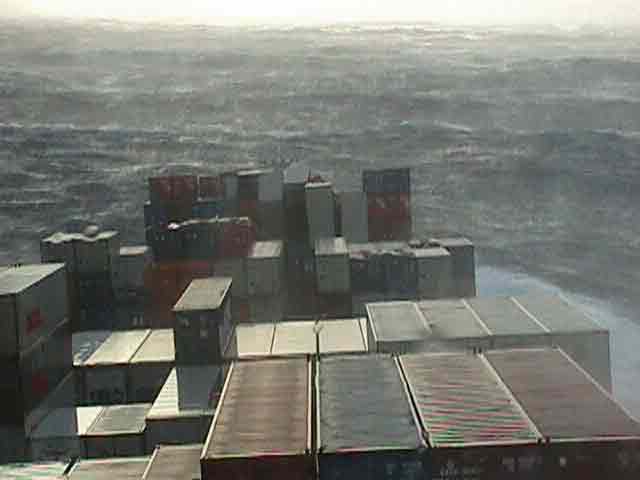 The possibility of the artificial stimulation of rogue wave phenomena, has attracted research funding from DARPA, an agency of the United States Department of Defense. Bahram Jalali and other researchers at UCLA studied microstructured optical fibers near the threshold of soliton supercontinuum generation and observed rogue wave phenomena. After modeling the effect, the researchers announced that they had successfully characterized the proper initial conditions for generating rogue waves in any medium. 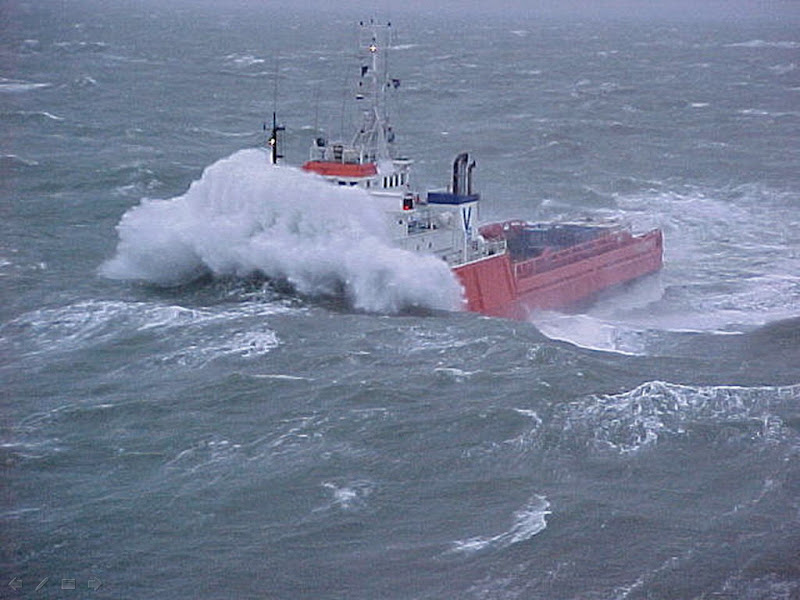 # MS Bremen and Caledonian Star (South Atlantic, 2001) encountered 30-meter (98 ft) freak waves. Bridge windows on both ships were smashed, and all power and instrumentation lost. There was a video camera on the bridge recording the event.
# Naval Research Laboratory ocean-floor pressure sensors detected a freak wave caused by Hurricane Ivan in the Gulf of Mexico, 2004. The wave was around 27.7 meters (91 ft) high from peak to trough, and around 200 meters (660 ft) long.
# Aleutian Ballad, (Bering Sea, 2005)
Footage of a rogue wave appears in an episode of Deadliest Catch. The wave cripples the vessel, causing the boat to tip for a short period onto its side. One of the few video recordings of (what might be) a rogue wave.
# It has also been suggested that these types of waves may be responsible for the loss of several low-flying aircraft, namely U.S. Coast Guard helicopters on Search and Rescue missions.